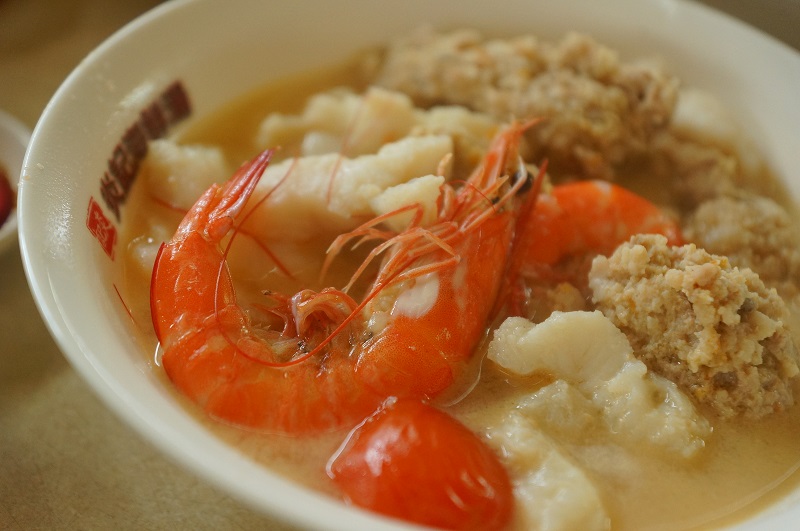 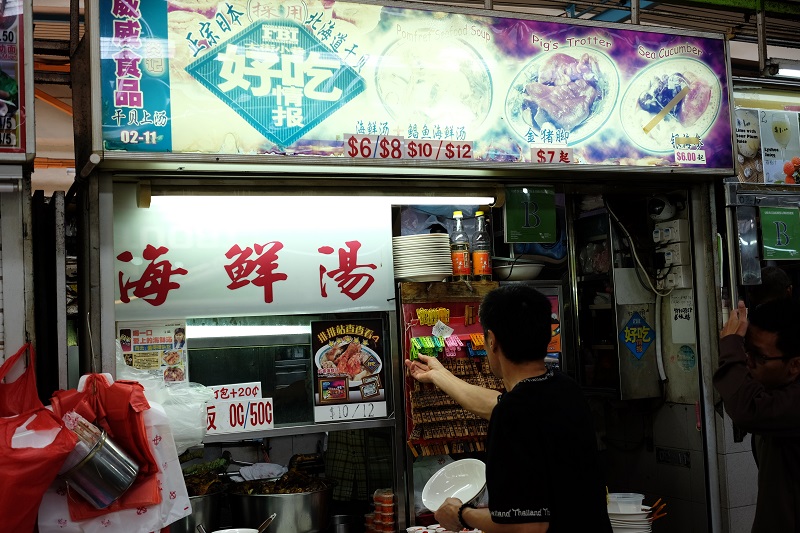 This is different from the clear seafood soup or the traditional Clear fish slice soup commonly available in most of the food centres although both are called fish soup and seafood soup in a synonymously term. Yan Ji Wei Wei Seafood Soup is considered a “high end” soup as it costs easily double for what you paid for a bowl of traditional fish/seafood soup.

So, What is the big deal about Yan Ji Wei Wei Seafood Soup? In fact It is a big deal! Besides paying an exorbitant price for the soup and waiting time could be up to an hour during peak hours. But is it worth paying the price and time for the bowl of soup? We ordered the fish slice soup and seafood soup for our evaluation. 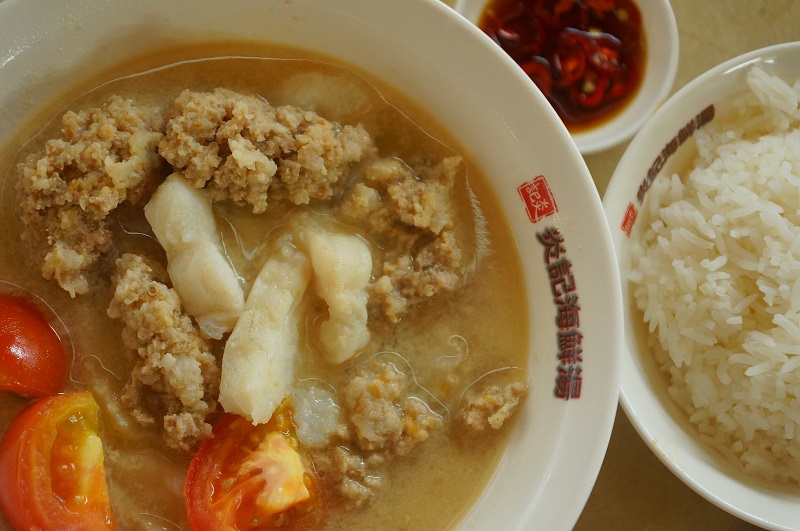 The stock from Yan Ji Wei Wei Seafood Soup is milky and served with only half of the bowl filled up. The soup is their secret recipe and every drop is preciously controlled, so don’t expect an extra spoon of soup from them. The soup was sweet and tantalizing; it has the complexity to create a flavour that can make ones get hook on it. 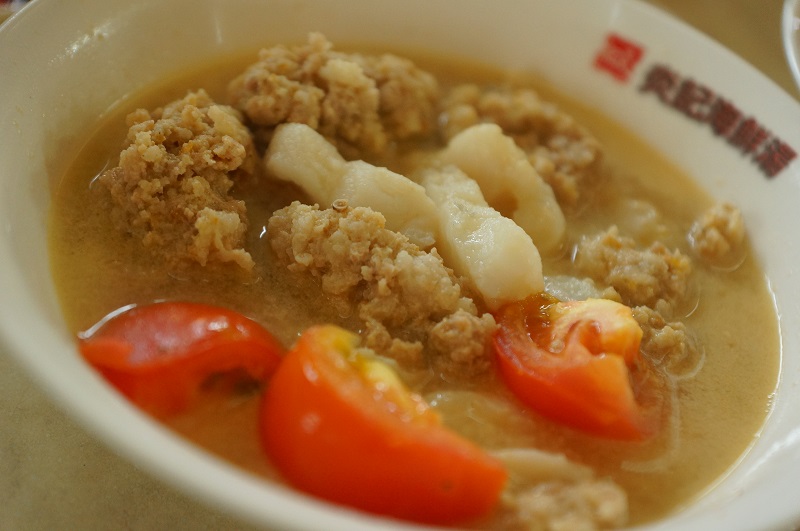 However, if compared to A.S. seafood Soup at Bedok – a relatively new stall selling the same items, we are very surprised Yan Ji Wei Wei Seafood Soup may not hold up well. The soup from A.S. seafood Soup can win by a notch with its more intense and robust flavour. 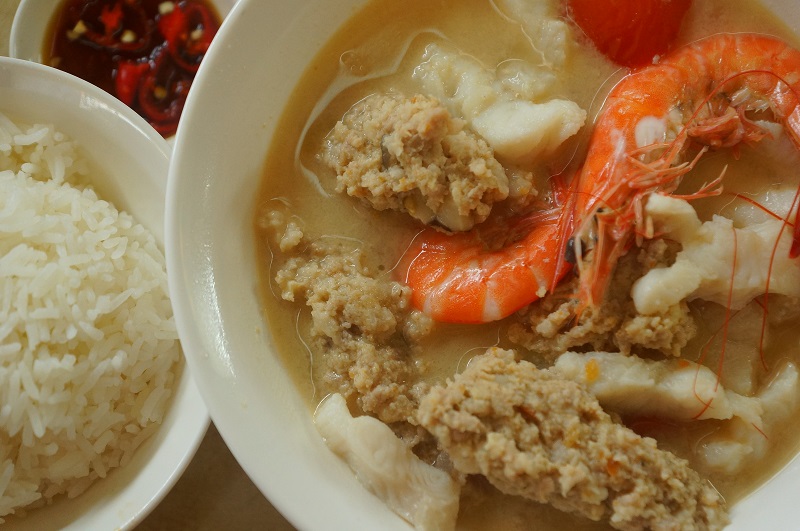 If the soup is the heart of the seafood soup, the big chucks of the seasoned minced meat that go into the soup will be the soul in this seafood dish. The minced meat has to be well seasoned, flavourful with the right compactness and texture, may be we already have few rounds of the A.S. seafood Soup before heading here and naturally the best one got registered in our memories. By comparison, it is evidently A.S. seafood Soup triumph with the much salivating minced meat; the unassuming meat was so good that all of us unanimously endorsed its superiority. Fortunately both the fish slice and prawns were closely matched else Yan Ji Wei Wei Seafood Soup may finding itself in a awkward position for its over 30 years long history as the King of the seafood soup.

Our verdict, the trip to sample Yan Ji Wei Wei Seafood Soup at Woodland has not changed our belief that the extra zest can only be found at the A.S. seafood Soup Bedok, finally, there is no need for us traveling all the way to Woodlands to fulfil our craving for this dish anymore.