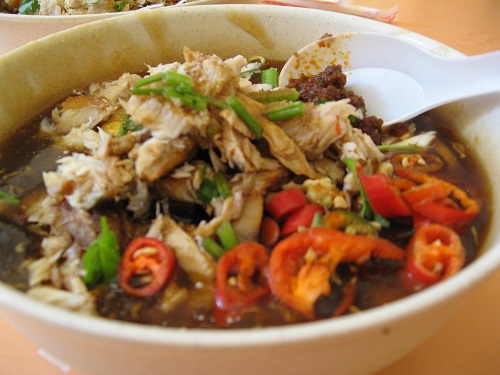 Lor Mee – different from all other variations of soupy or dry noodles that this wonderful country whips up, you can know it by its trademark rich, starchy and dark gravy, usually ladled over flat yellow noodles, or even bee hoon. Toss on some fish cake, fried fish chunks, ngoh hiang, hard boiled egg – the quality of which makes or breaks a bowl of Lor Mee – and you have a filling and uniquely satisfying meal. 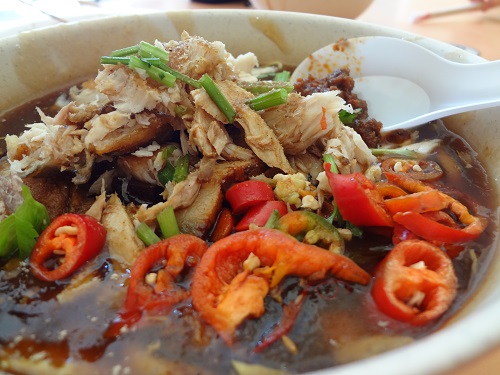 Old Kallang Airport Hawker Centre is one of our favorite places to patronize, as it houses a variety of good food stalls — and obviously we’re not alone in this assessment, as it has been honored as one of the best hawker centres in Singapore by many reviewers.

And usually, there will be a price to pay for good food – you’d likely spot many of the stalls sporting snaking lines, and Xin Mei Xiang Lor Mee is one of them. From the moment the stall rolls up it shutters, till they serve the last bowl of Lor Mee for the day, there seems to be a perpetual queue patiently waiting for their fix. We went there on a Sunday morning in an attempt to beat the lunch crowd, arriving before 10am, alas many great foodie minds thought alike. We were the 25th position in the line! 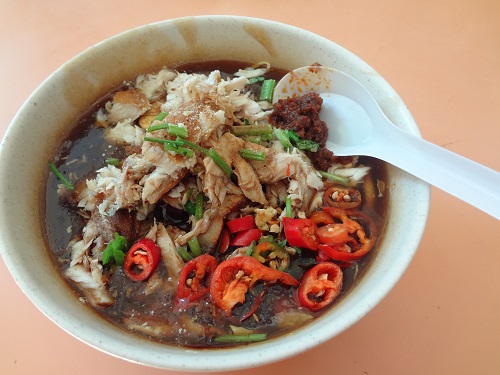 We ordered the flat yellow noodles and thin bee hoon with extra fish meat topping, the portion is sizable and a bowl of this will satiate you for quite a while. The noodles were very much the same as other famous Lor Mee stalls that we have tried, the real star – the dark starchy gravy was in fact light in colour compared to others, and has a milder flavour and not too heavy-handed on the spices, the fish meat was crisp and flavourful, braised pork belly was tantalizing.

Honestly speaking, those who prefer a richer flavour from the gravy may find it not worth the queue, however, judging by the popularity of the stall, it’s the very lightness of the gravy that probably explains why it has won over so many fans. The light touch of the Lor Mee makes it less heavy on the gut, connecting them with more health-conscious customers. At least, that’s our guess! 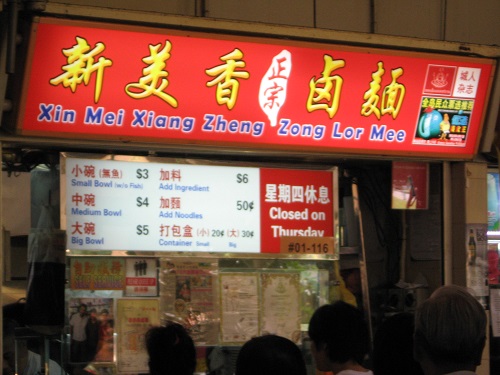