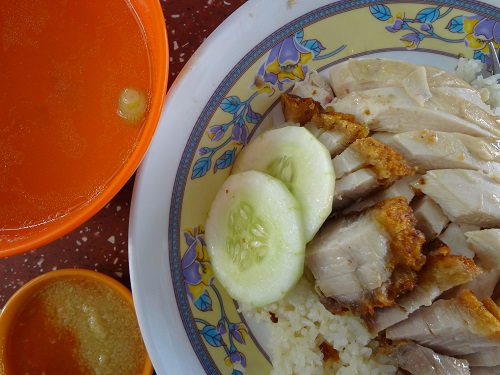 Xin Li Hainanese Chicken Rice never lacked of the shine to catch the patron’s attention with the heavy coverage of the media pasted at the front of the stall; providing free publicity for the chicken rice stall. On the surface, it is impressive but we all know in reality, things could be rather subjective in the end.

We planned to order just the steamed white chicken with rice, however, the roasted pork caught our attention and we decided to add on as a side order. So the steamed chicken rice came with the chicken plus the roasted pork, seemingly a good combination with two salivating dishes in one plate. The rice was very fragrant and every mouthful left you wanting for more, the rice grain was well coated with the essence of chicken stock and that made the chicken rice kind of alluring. 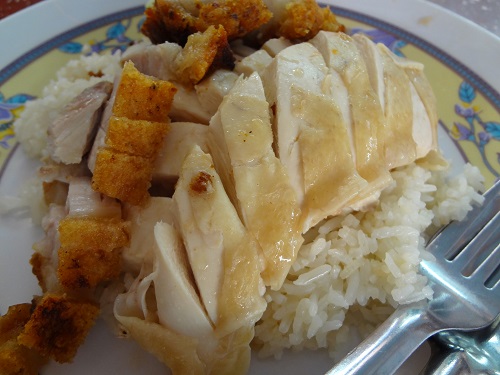 Tasteful rice still requires the accompaniment of a good chicken meat to make perfect chicken rice. However, the chicken was somehow not as tender as what we expect, may be the chicken was a little aged and the tenderness of the meat could have been compromised. The importance of juiciness expected from a good chicken meat was missing as well, the meat was relatively dry and that made the chicken fall short of our expectations. 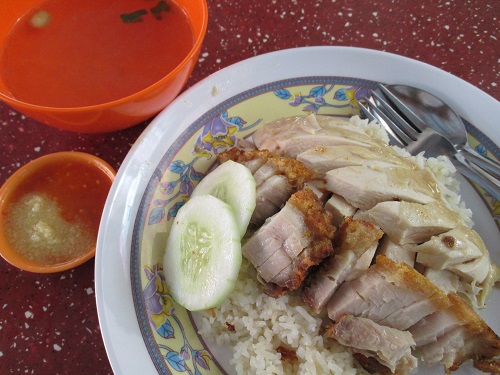 The chicken may fail us but the roasted pork was surprisingly flavorsome with a nice texture to the bite. The pork was nicely roasted to a beautiful finishing with the right proportion of fat and lean meat.  We like the crispiness of the outer crust and the scrumptious taste from the slices of the meat. 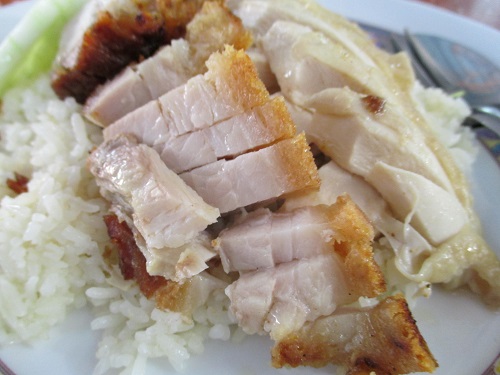 Overall, the Xing Li Hainanese Chicken Rice was considered above average standard but still a gap to the perfection. 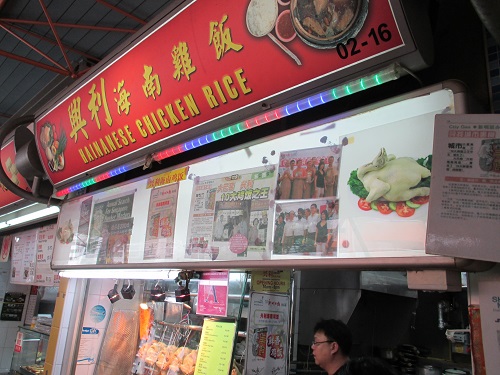