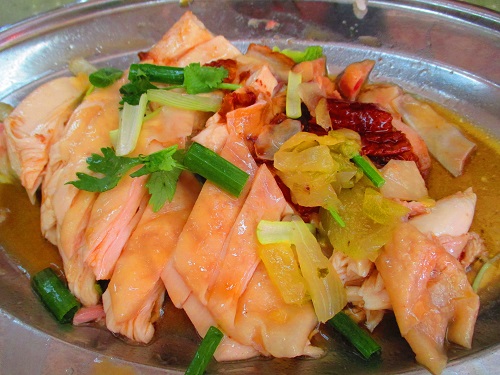 There were at least four to five helpers running the stall serving the snaking queue. It was way after the lunch time peak but the queue was a long stretch and lined up three to four stalls away. However, the speed of serving was efficient even with the long queue, one of the helpers was seen busy preparing to cook a big pot of the rice in a big gigantic rice cooker, and another auntie was lifting the white chicken from the broth one after another. Everyone was busy like the bees.

We ordered the white chicken and roasted chicken for a comparison. The white and roast chickens were tendered and juicy, however, the taste was ordinary and not something that will give you too much of the surprises that a good chicken can have. The meat was a little underwhelming and may be the sauce doused over the chicken could be more refined, likewise the roast chicken skin can be a little more crisp and more flavourful with seasoning. 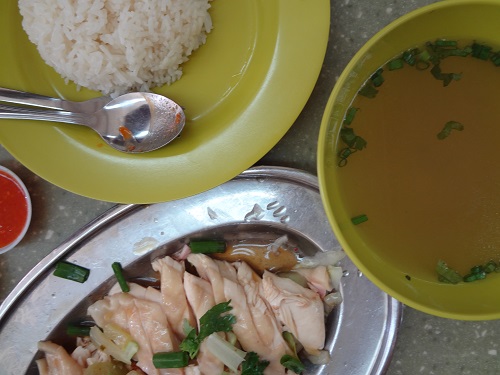 The rice look enticing and the fragrance of the chicken essence from the rice steaming in the air were salivating. However, smell and real taste sometimes could be quite contradicting, we found the rice was a little too dry and lacks of the right moist, perhaps the taste and the texture could be further enhanced with the right amount of chicken stock added to the rice. 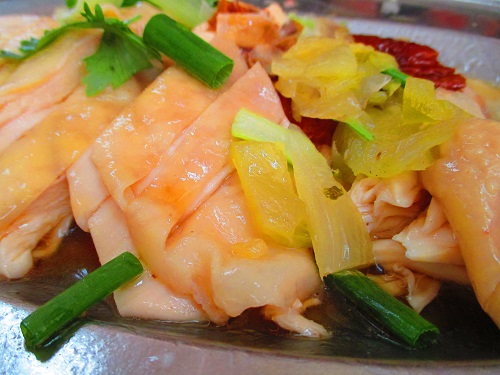 The soup was completely out of the mark, it was simply too plain to the taste and not at all impressive. As for the chilli, we do acknowledge the importance of Chilli sauce to complement the chicken and chicken rice, Xiang Ji chicken rice has reasonable good chilli sauce and one of the small but critical elements helping to keep the queue there. 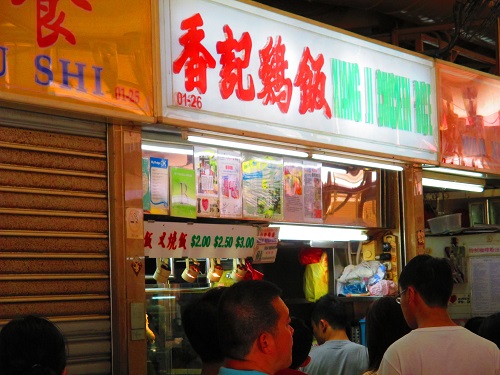