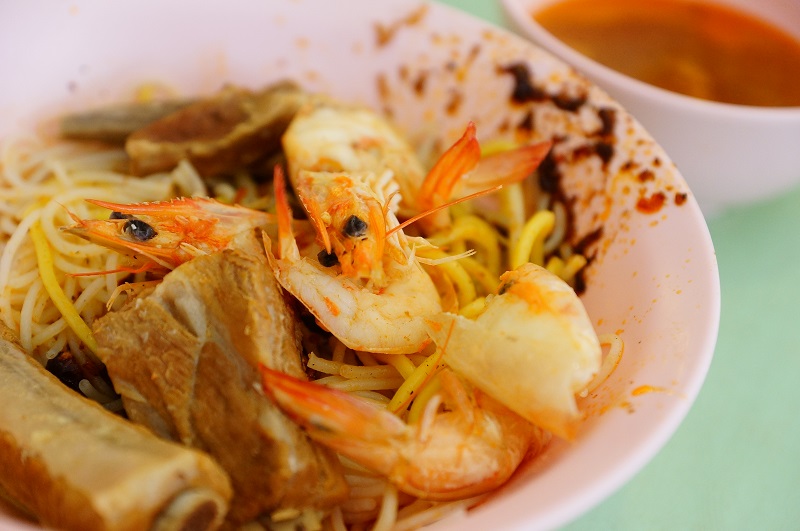 So the Great Prawn Mee mission continues. We found ourselves in Old Airport Road Market & Food Centre to check out two old timer prawn mee stalls – Whitley Road Big Prawn Noodle and Albert Street Prawn Mee, both having been raved about by many.

Though we have to say, on this mission we’re missing the two younger ones – overdosed and scared to hell on prawn mee, they begged out of this round. So it’s down to half of the Glutton Family to pass judgement on these contenders! 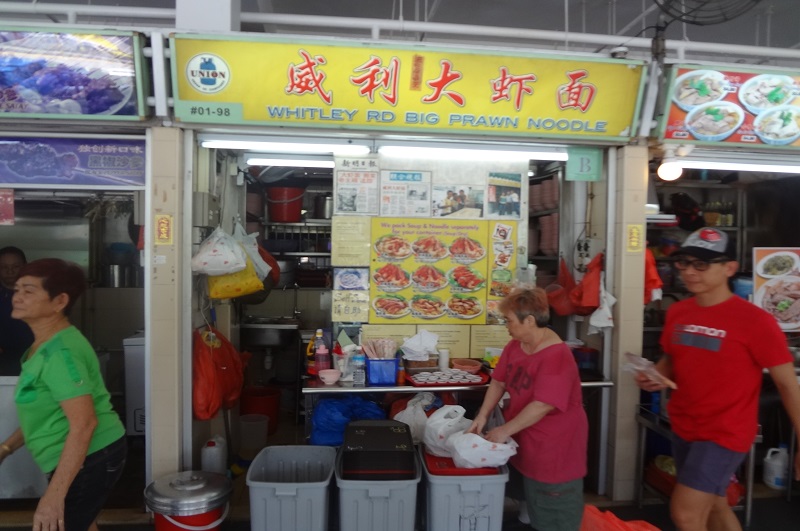 (Not sure how many of you have had the chance to visit the once famous food centre under the Toa Payoh flyover along Whitley road in the 70s – that’s where the birthplace of Whitley Road Big Prawn Noodle is. Though I’d only been there once, my heart was won over by the good food I found there!)

We ordered only the dry version ($5) since it came with soup as well.

The soup was a vivid orangey colour, a sip of the soup revealed a strong and distinct prawn flavour that we think was too fishy.  It also lacked sweetness and the much needed fragrance of a good prawn soup. Compared to many other prawn mee we have evaluated in the last few weeks, the prawn broth of Whitley Road Prawn Noodle was mediocre.

The noodles had the right texture but the sauce that went into the bowl was much lacking in depth; you can see and taste the chili flakes, but that was probably the only thing we got from the sauce. There were other ingredients, but we’re sad to say that there wasn’t really anything exciting about it. It was just a bowl of oily prawn mee without any character. The only good thing was probably the tender pork ribs, where the meat fell off from the bone easily. However, the prawn was hard, obviously the result of overcooking. 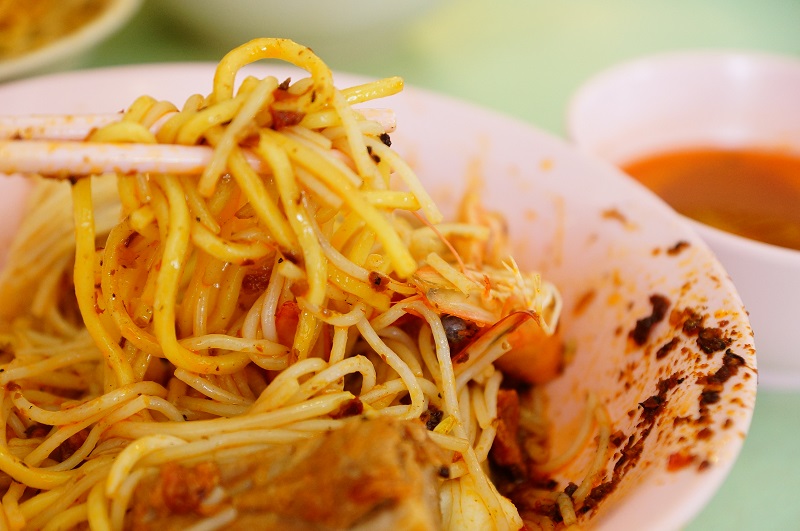 Our verdict, it’s a head-scratcher why their loyal fans keep on returning despite the myriad of issues we experienced. Though Whitley Road Prawn Noodle is purportedly one of the best prawn noodles in Singapore, we have our reservations!

Hrs: 9am to 8pm, Closed on Mondays