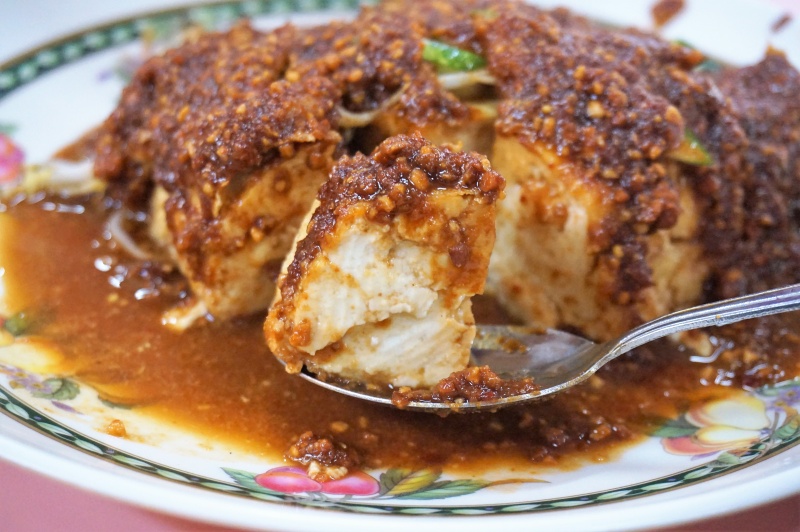 Wedang in local context meant tea break time and is specialised in Indonesian food, besides the signature Gado Gado, Tahu Goreng and Soto Ayam, Wedang has their premium satay (S$0.70) on the menu as well.

The peanuts sauce has a crucial role in a good Tahu Goreng dish, Wedang peanuts sauce was flavourful, gravy was not diluted and you can appreciate the nutty-rich gravy in every bite, Tahu was fresh and deep-fried perfectly for a thin layer of crisp externally with a soft inner texture. (4.0/5.0)

The yellow chicken broth was flavourful from the essence of the chicken and the added herbs, sprinkled of shallot helped to add another layer of taste to the overall flavour, the nasi himpit or compressed cooked rice has the right texture as well.

Undeniably the Soto Ayam is superior in quality compared to many other stalls offering the same dish but it is not something that is alluring enough to make you dream about it all the time. (3.5/5.0)

We were there during lunch and not able to sample the satay which is only available from 4.30pm onwards. However, the Tahu Goreng and Soto Ayam are reasonably good and generally above the average in standard. If you are craving for some Indonesia street food, Wedang can still a place worth to explore.