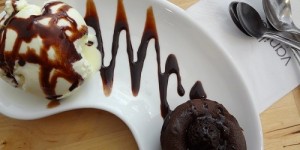 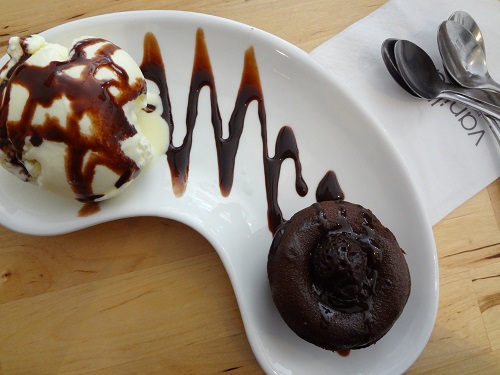 What caught my attention initially was the name of this Café. I love Vanilla, so I figured there’s no harm checking out this place? It’s tucked in a small corner in Boon Tat Street (somewhere near the future Telok Ayer downtown line MRT station!) without a very prominent signboard. In search for this Café, we walked up and down the entire stretch of Boon Tat Street because the entrance was so small!

We were very thankful when we walked through the doors, welcomed by the cool air from the air-con. The décor of the place was very earthy and woody, giving it a cosy and relaxing feel. The furniture used was very minimalistic, just the way we like it! The entire shop is split into 2 sections, the indoor air conditioned seating area and the outdoor seating area for those who prefer the natural breeze.

Since we had lunch before coming, we ordered their Slow Cooked Pulled Pork Sandwich, Vanilla Dirt Cake which were both their recommendations and last but definitely not the least, Molten Chocolate Cake with French Vanilla Ice Cream. 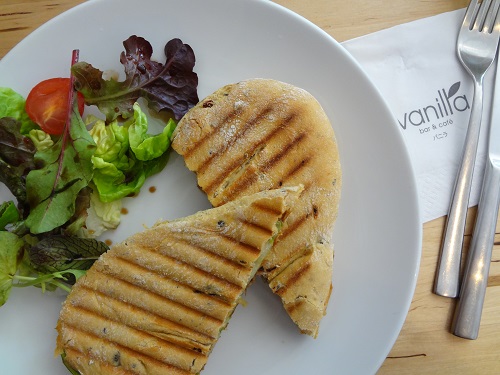 The sandwich was toasted till it was slightly crispy on the outside, filled with the slow cooked pork, lettuce and onions. The taste of the pork was a mixture of sweet and savoury, and as you can see in the picture, the pork is in easily chewable tender shreds rather than chunks. It is clear that the pork was indeed slow cooked, as the pork was very well seasoned! Topped with the lettuce to give it that extra crunch, it is something light to have for tea time. 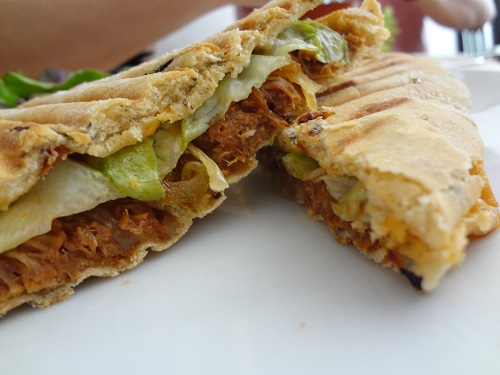 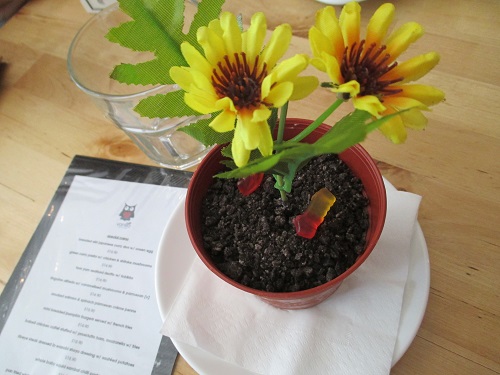 We were rather surprised to see that the Vanilla Dirt Cake was actually served… in a flower pot! Now did we fully understand as to how the name came about. It was rather cute, having the fake flower stuck into our Vanilla cake, topped with Oreo crumbs and candy worms! Sadly, it looked way better than it tasted. 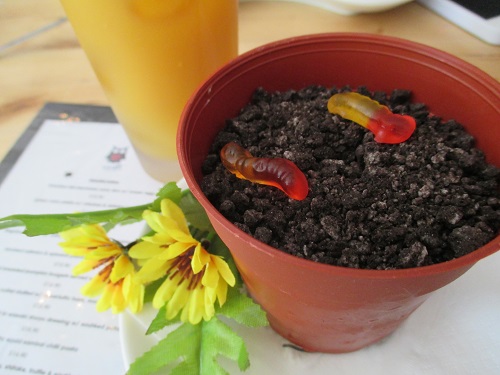 The cake was more like Vanilla ice cream, with a little cheese in it. The Oreo was found not only on the top, but in the cake as well. However, we thought that the Oreo and the Vanilla cake didn’t really go very well together. That said, we were glad that at least one of us liked it as my brother devoured most of it. 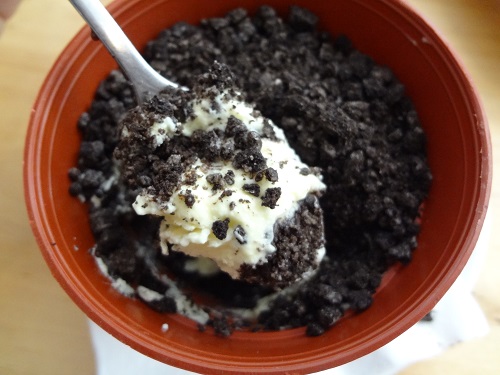 I don’t know where to start. If I have to find a way to describe this in a phrase, it will be “Perfection on a plate”. This is by far the tastiest molten lava cake I have ever eaten. The cake was so moist, when paired together with the extremely fragrant vanilla ice cream; it was just fireworks in your mouth. 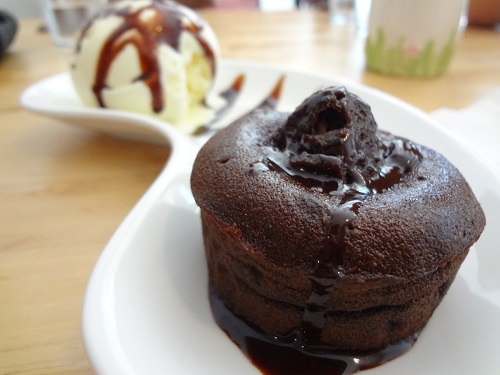 And for a cake to be moist, the more sugar has to be added. Yet it wasn’t very sweet till you’ll get sick of it after a couple of mouthfuls. Even my brother who dislikes molten lava cake loved it! The only drawback was that there wasn’t much ‘lava’ pouring out from the cake when we sliced it into half. The vanilla ice cream was also very fine, this is definitely a must try when you head to the café! (we wiped out the entire dessert in about a minute or under) 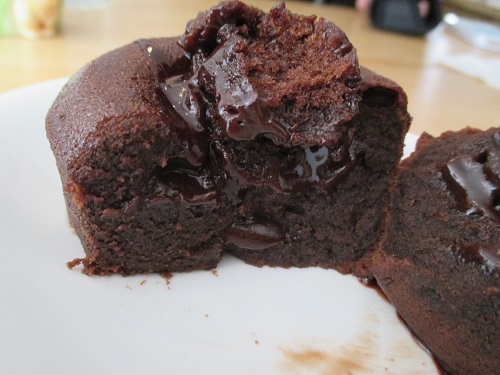 If you’re working nearby, or don’t mind heading to a rather inaccessible place, Vanilla Bar and Café is the place to go! Serving Japanese mixed Western fusion food which includes all day breakfast (which I hope to come back again for to try), sandwiches, finger food and dessert, you can almost be sure that the food here won’t be a let-down. The food here might be slightly pricey (and the drinks overpriced), but you pay for what you get. Do make full use of their deals though; you get to have a 1 for 1 hot chocolate drink on a rainy day and a 1 for 1 iced chocolate drink on a sunny day! 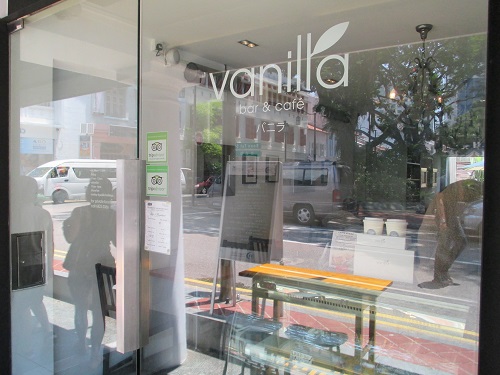 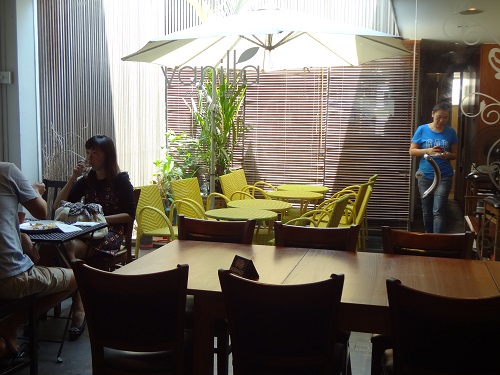 Closed on Sundays and Public Holidays