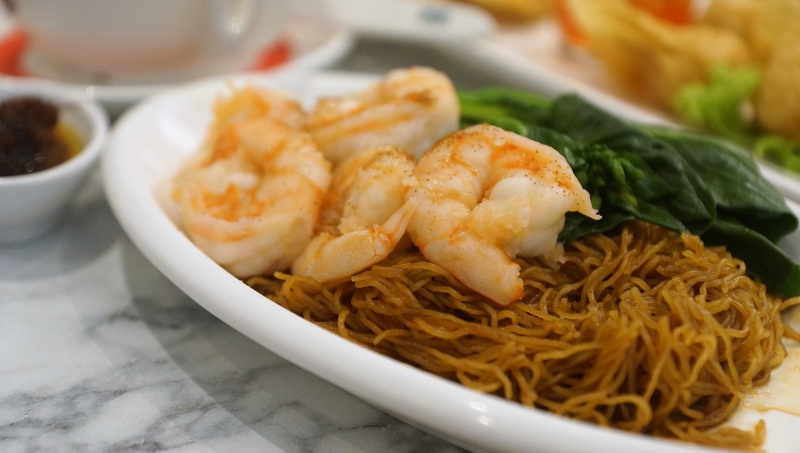 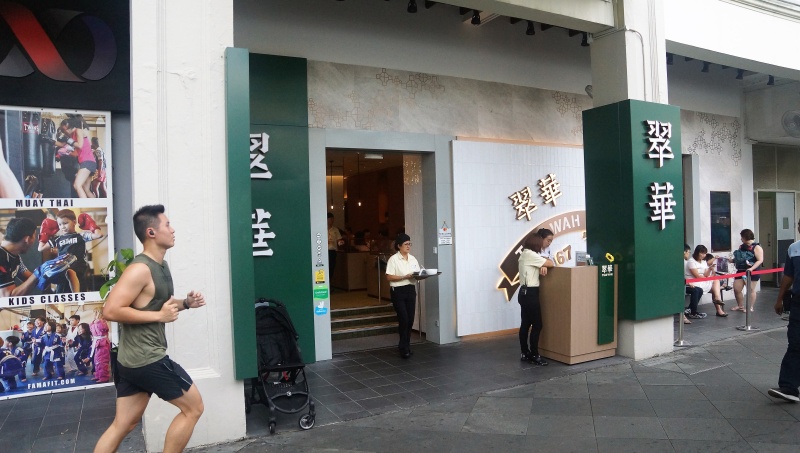 After a year since Tsui Wah’s Singapore opened its first branch at Clarke Quay, we finally made our way to this famous Hong Kong Cha Chuan Teng, avoided the insanely long queue when its first opened its door in Singapore.

We were early and seated before the lunch peak during a weekend but the crowd soon filled up the restaurant, looks like it still has lots of charm to attract the patrons.

You can find good varieties of food on the menu, from noodles, rice, snacks and desserts to western steaks and eastern bread burger etc. 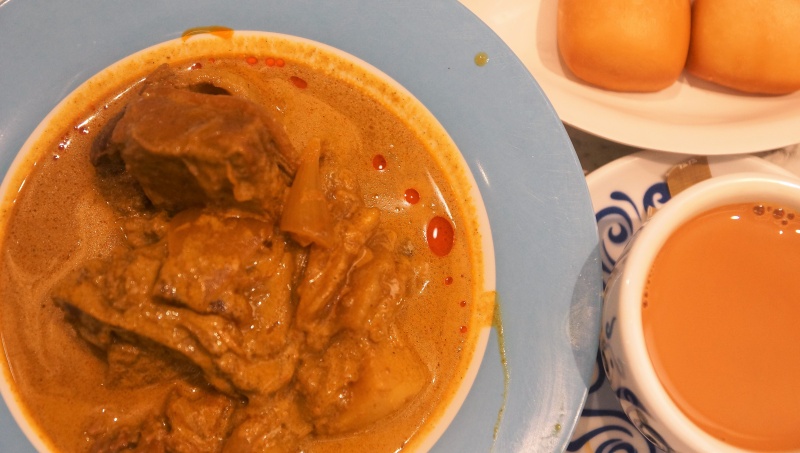 Brisket is a tough cut of meat and only yields the best results when slow cooked to allow the break down of the meat structure for a tender texture, similarly to beef tendon which is tough and fibrous but becomes soft after a long period of cooking, however, both the brisket and tendon were not too consistent in the texture, some brisket remained tough and the teeth just having a hard time to chew it down.

Curry was rich and flavourful with well tolerable spiciness. Good matching to go with plain rice or mantou. (3.0/5.0)

The XO sauce was served separated from the King Prawns in XO sauce Noodles, it gave an added layer of flavour to the noodles and critical to make the difference from an ordinary noodle you can get elsewhere, the prawns were fresh but not as juicy as we expect, overcooking? (3.0/5.0) 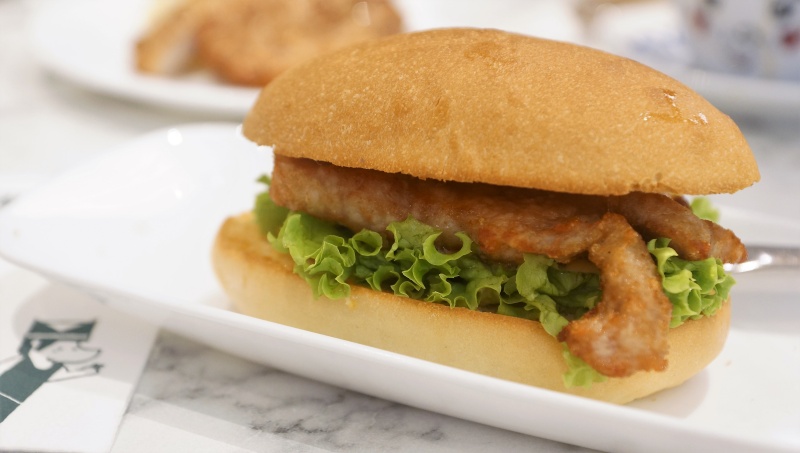 A 10mm thick slab of pork chop with Chinese lettuce, sweet sour sauce sandwiched in between two lightly toasted buttered bun, this is supposed one of the signatures here but turned out to be quite a disappointment with the standard, the pork chop was dry, hard and bland, one of the worst pork chop we have experienced, it is hard to believe that Tsui Wah produced such inferior standard signature dish, we could only suspect something could have gone wrong in the kitchen for this signature dish during this visit. (1.0/5.0) 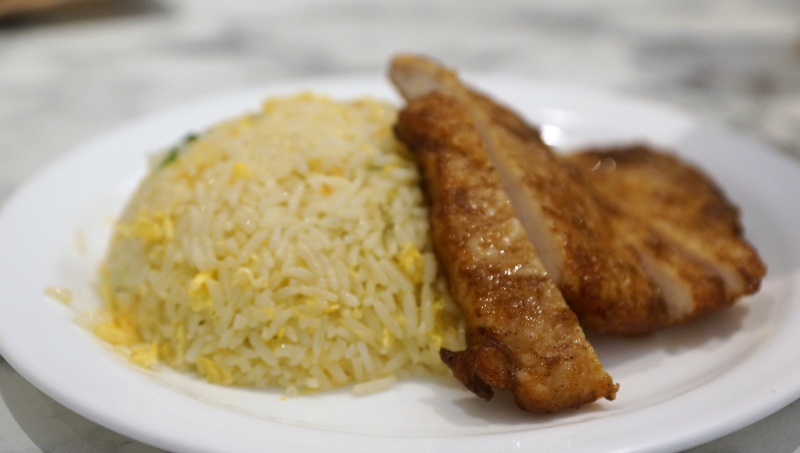 The fried rice was topped with fried pork chop, fried rice was flavourful with good wok hei or charred flavour but the fried pork chop could have more depth with the flavour and tenderness, it was too ordinary and just don’t impress. Compare the price, presentation and taste to Din Tai Fung’s popular Pork Chop Fried Rice, we are pretty sure the later definitely a much better pick. (3.0/5.0) 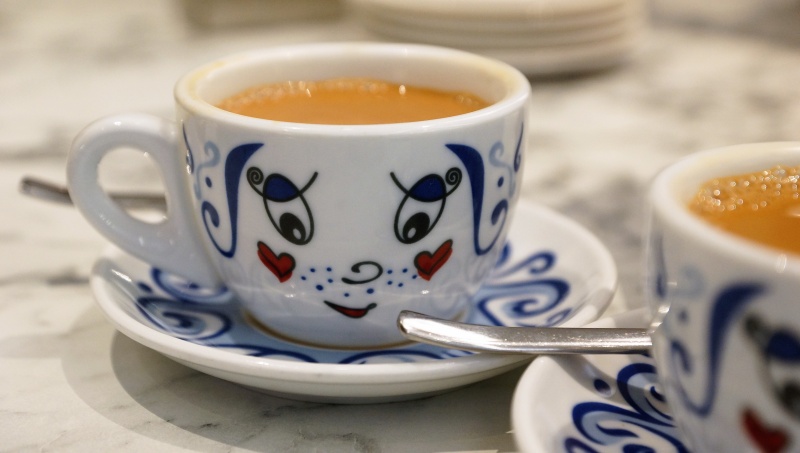 Hot milk tea was thick and rich but missing the smooth mouthfeel and the fragrance of the tea, the astringency taste of the tea leave can be felt in each sip especially with the hot beverage. (2.5/5.0) 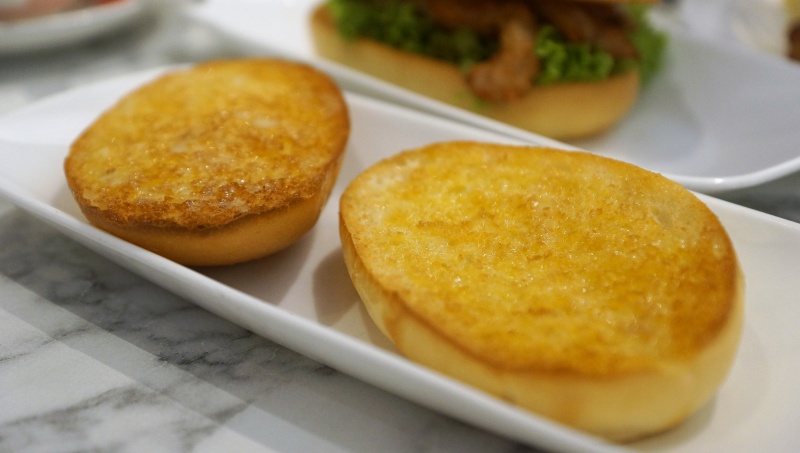 The same crispy bun used in the pork chop bun but with added condensed milk for an extra layer of sweetness. Some of us found it way too sweet and could be cloying just after few bites. (3.0/5.0) 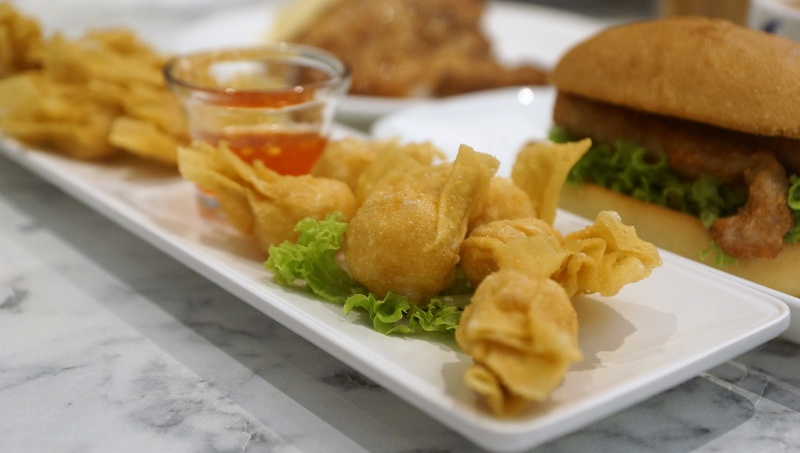 Deep-fried wantons were served with sweet and sour chilli sauce, each wonton was meaty and delicious, like the clear cracking sound when bite, a nice snack that worth to order here. (4.0/5.0)

Tsui Wah Singapore provides another venue for us to experience the Hong Kong Cha Chaan Teng culture in Singapore, there are some hits and misses on the menu but if you have not visited any Tsui Wah anywhere else for this famous shop, no harm give it a try.