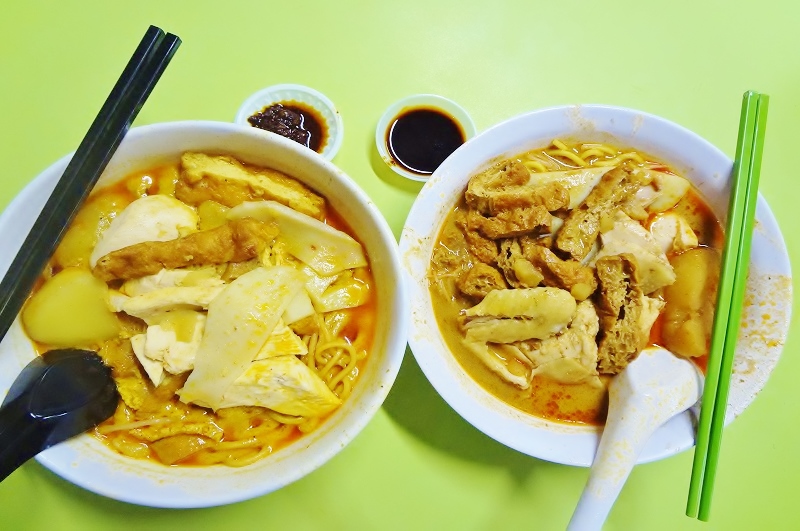 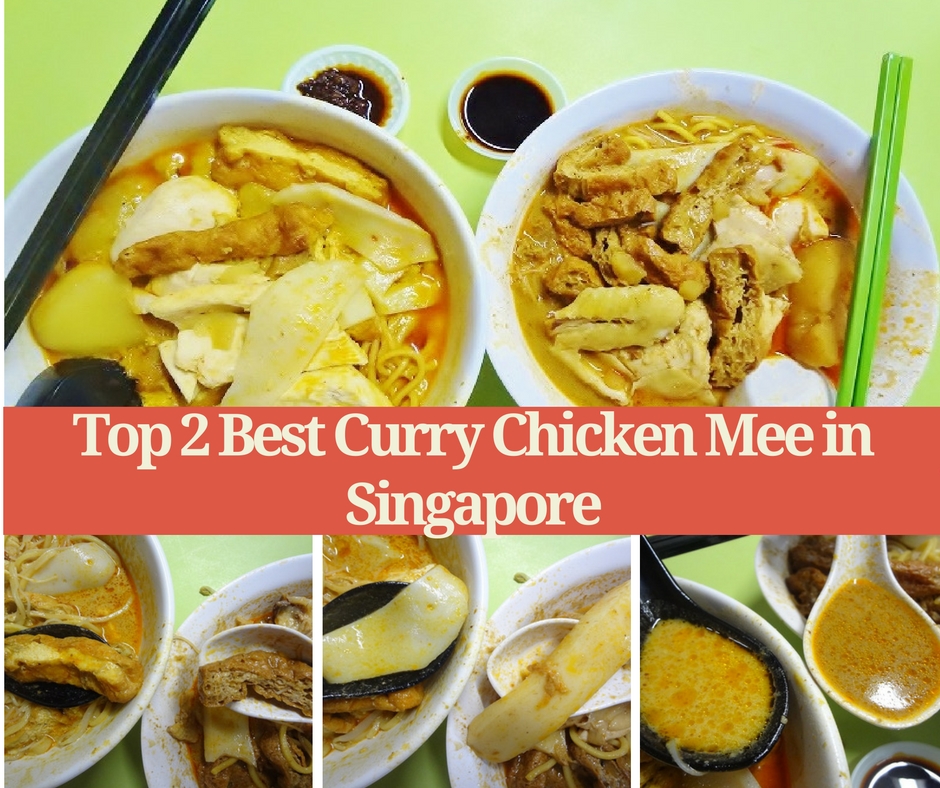 Good chicken curry mee in Singapore isn’t easy to come by – and after an extensive search, we have come up with the Top 2 finalists – the only two we can support with full confidence. We had to drop many from our list because many stalls are imitations or “copycats” lacking in originality – it’s not certain if they are franchisees, but the standard did vary too greatly for us to include them.

So how did the final two make it onto our list?

For a fair comparison, we ordered curry mee from both stalls at the same time and evaluated them side by side. 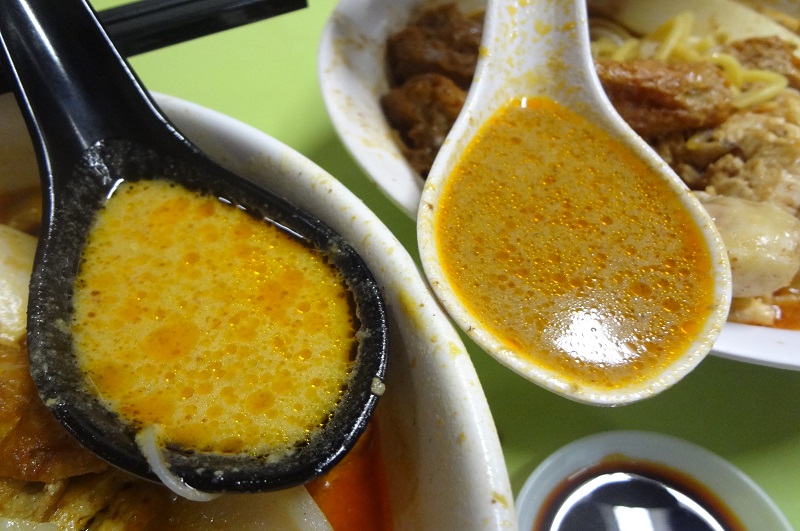 Ah Heng’s curry was bright orangey whereas Heng Kee’s was dark red. Ah Heng’s gravy was thicker and richer than Heng Kee’s, which was more dilute. Ah Heng’s curry was more distinct in flavour with coconut milk and curry powder aroma. Spiciness is not too fiercely hot in both. However, the consistency of the curry from Ah Heng can be erratic from day to day, some days it tastes better and some days they just couldn’t get it right based on our few trips there.

Steamed chicken chunks which is one of the key components for this dish. Chicken from Ah Heng was always boneless whereas you’ll have to prepare to de-bone Heng Kee’s chicken. 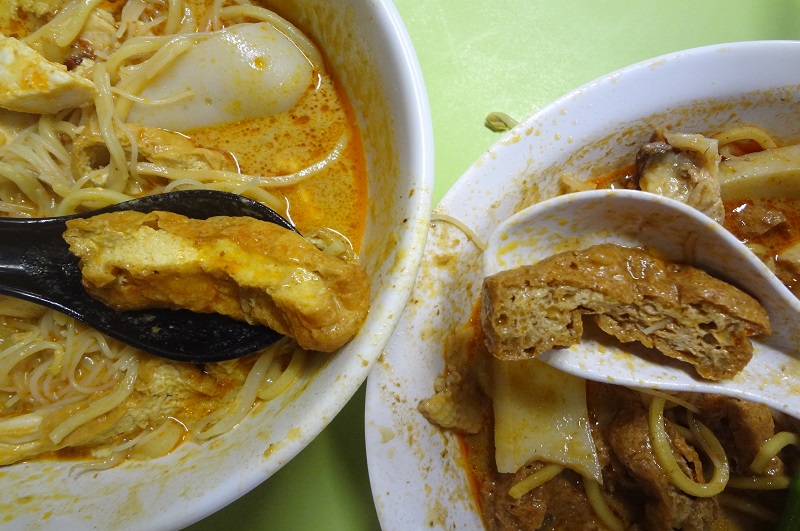 Tau pok is another must have topping. Ah Heng tau pok is of superior quality compared to Heng Kee, which uses the coarse and fluffy cheaper version. 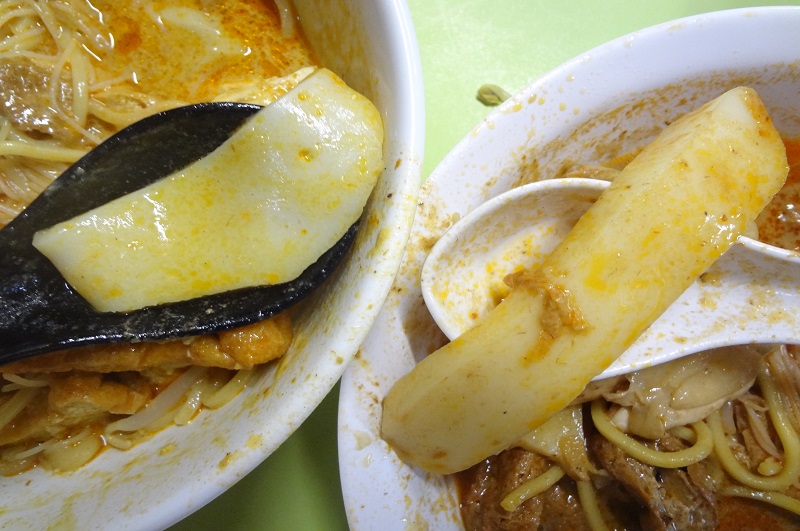 Fish cake is much bigger (longer) slices at Heng Kee, but bigger doesn’t mean better – we actually prefer the fish cake from Ah Heng which is tastier and less artificial (rubbery) in texture. 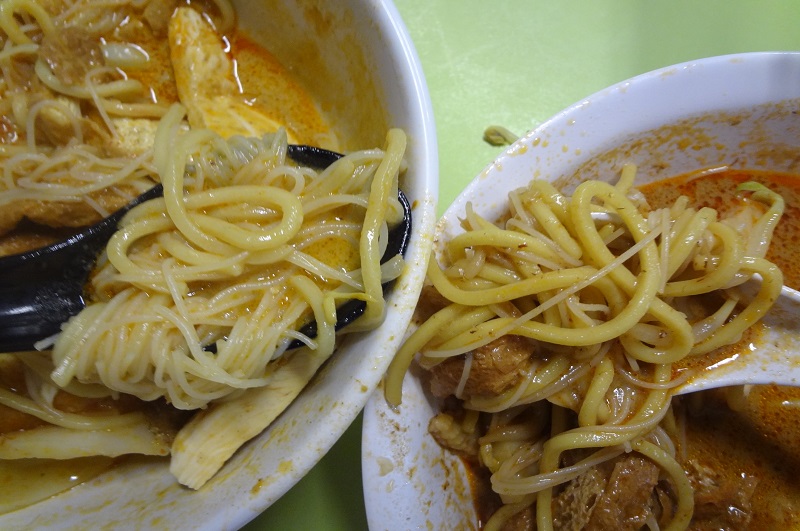 Noodles and potatoes are fairly similar in both. 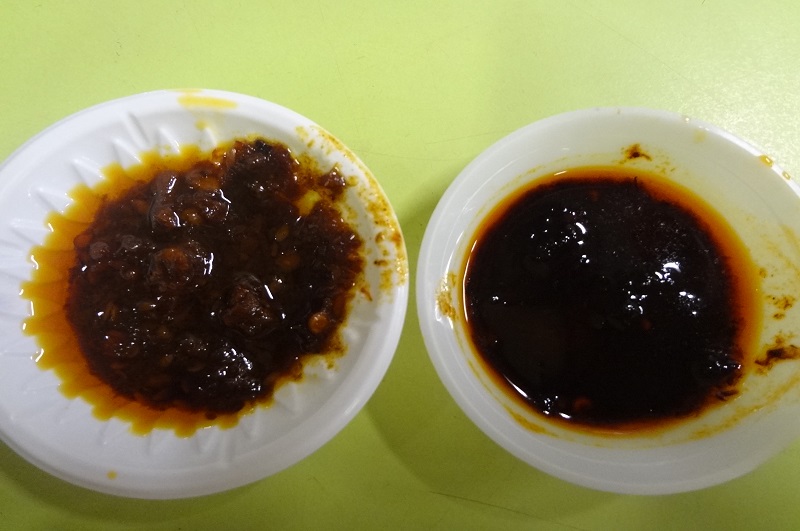 Heng Kee no doubt triumphs in its chili sauce, flavourful and savory.

Refer our detail review for