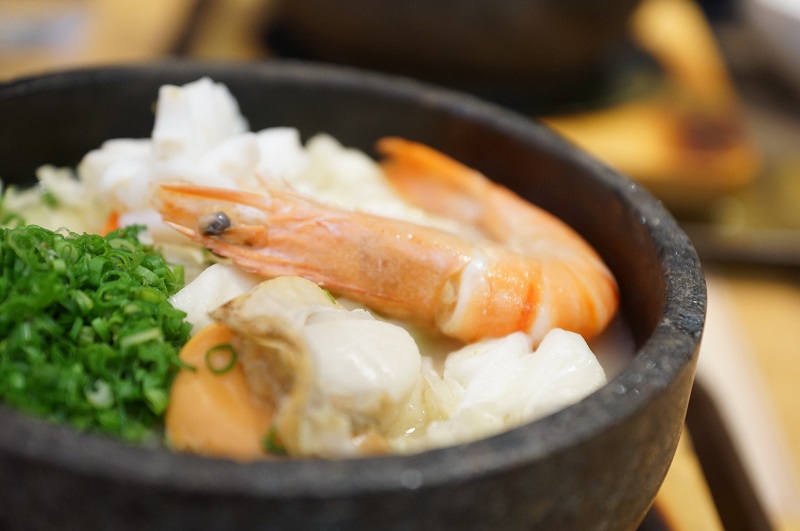 We were invited to review this restaurant. 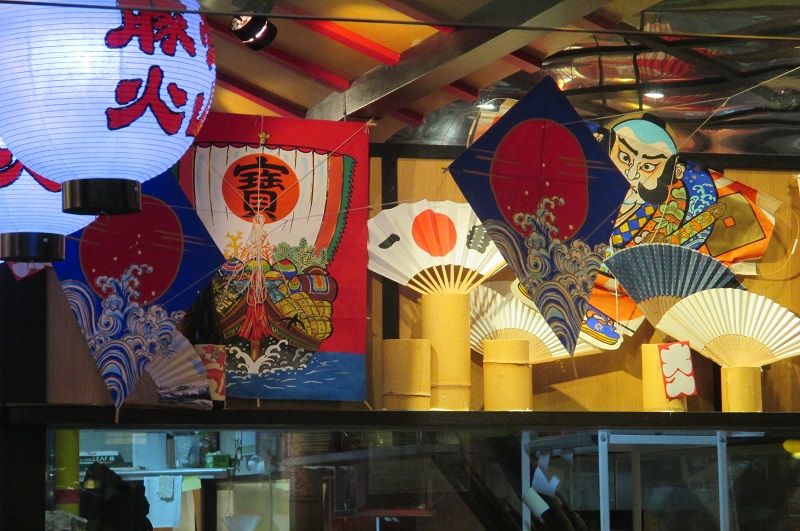 ‘Kazan’ is actually Japanese for ‘volcano’ – or 火山 in Japanese. Here,  the ramen’s Tonkotsu (pork bone豚骨 ) broth is the result of hours of stewing using pork bone, with the entire process finished off at the table when you cover your bowl/pot with a lid shaped like a kazan fashion . As first-timers, this sure sounded intriguing. 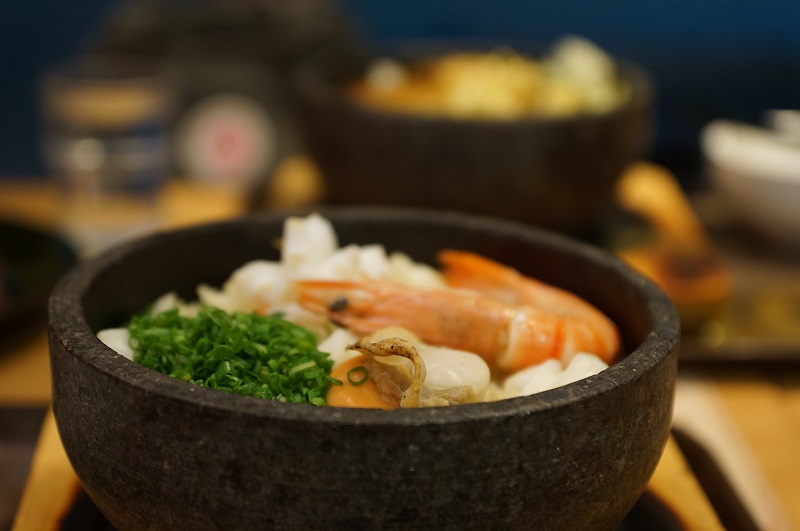 The price may seem steep but the portion is really big enough for two to share. True enough, the bowl of noodle was much bigger than average compared to other ramen restaurants, and it also came along with a bowl of rice! Believe it or not, we are not big eaters and that is a lot of food for us. 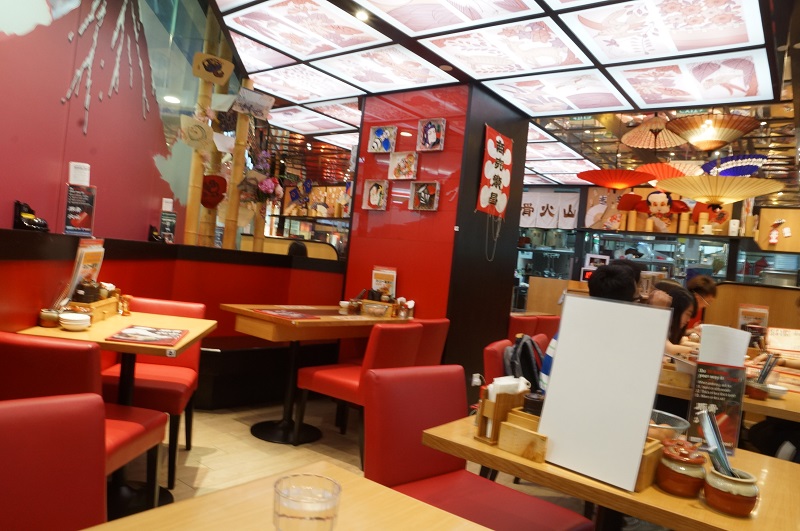 The broth was light and relatively clear, and as explained by Ariel, the restaurant’s biz development manager, the boiling time of the Tonkotsu is intentionally reduced in order to produce a healthier ramen with a lighter broth. If you are concerned about the taste of the broth, worry not, the sweetness and tastiness of the broth was not compromised at all. 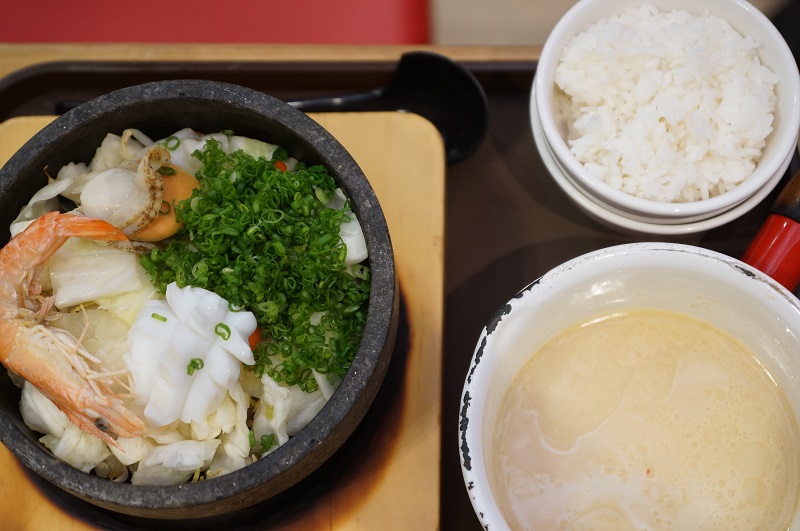 What’s interesting here is that the ramen is served in a stone pot rather than the traditional ceramic bowl, the noodle and the broth were served separately. Then, we had to pour the broth into the stone pot that’s already pre-heated to 300 degree C (HOT!), which contained the noodles and all other ingredients, cover the lid as the steam starts coming out from the lid (Called Funka – Volcano eruption). After another minute, it’s ready for eating!

All the ingredients in the Kazan Kalsen-Shio ramen was very fresh, from the seafood to the vegetables and the surprisingly tasty broth, in fact, the light touch of the broth made the ramen less cloying and we liked it! Noodle was slightly thicker than usual, they are apparently freshly made daily in-house, and its texture was chewy and pleasant.

As mentioned, the portion served is definitely not small; we had a hard time finishing the bowl of noodles, not to mention the bowl of rice to mix into the left over soup! They call it ZOUSHU (Soupy rice). But we just didn’t have any stomach room left between us to finish it all! Plus, you can even enjoy a hard-boiled egg for free if somehow you still haven’t gotten your fill. 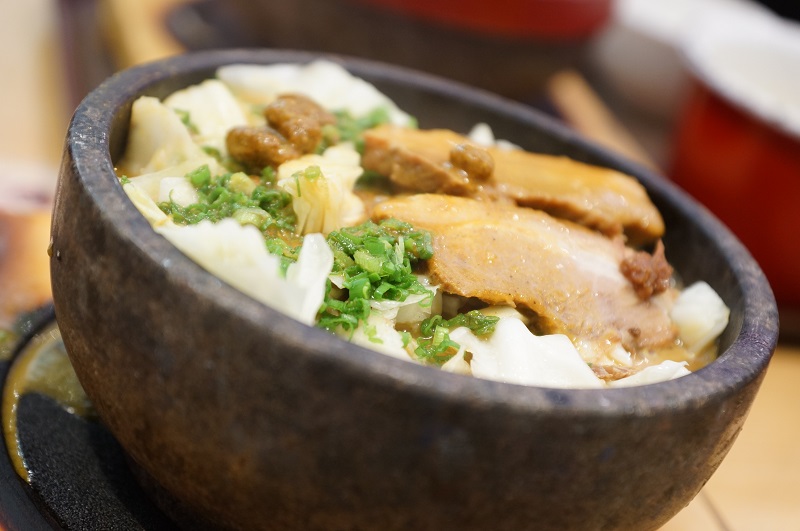 Served in the stone pot and prepared with the same ritual as per the Kazan Kalsen-Shio, it was the same noodle but mixed with Japanese curry. The curry was robust and flavourful with a tad of sweetness and very mild level of spiciness, the taste has some similarity to the gravy of the local mee rebus. Kazan mee rebus? The pork slice was soft in texture and great in taste, much better than the pork slices we have tasted in ordinary ramen. 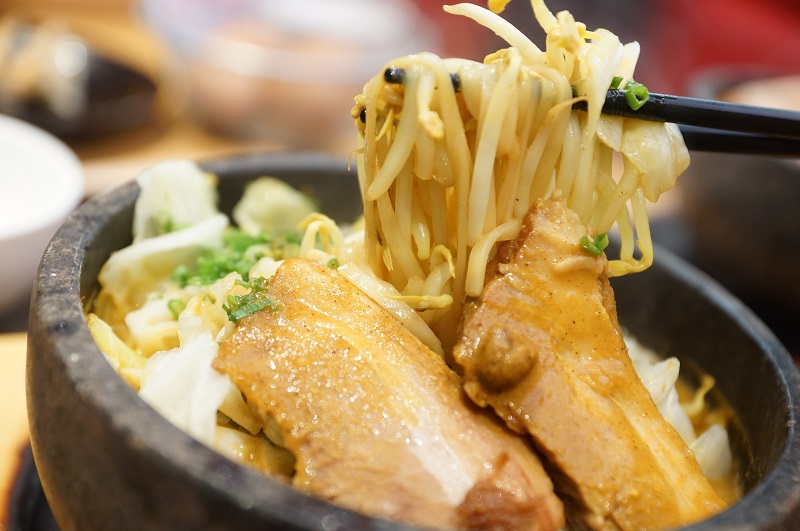 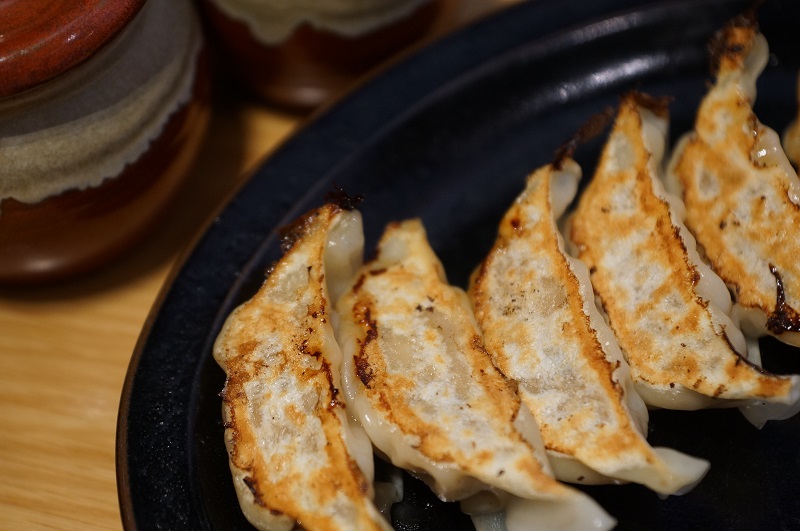 This is one of the better fried dumplings amongst those we had tried, most of the Gyoza we tasted was mostly forgettable and we didn’t expect any different in the Gyoza here, however, the first bite into the Yuki Gyoza proved us wrong, the Gyoza was surprisingly juicy and tasty, with a soft and thin skin that impressed us. 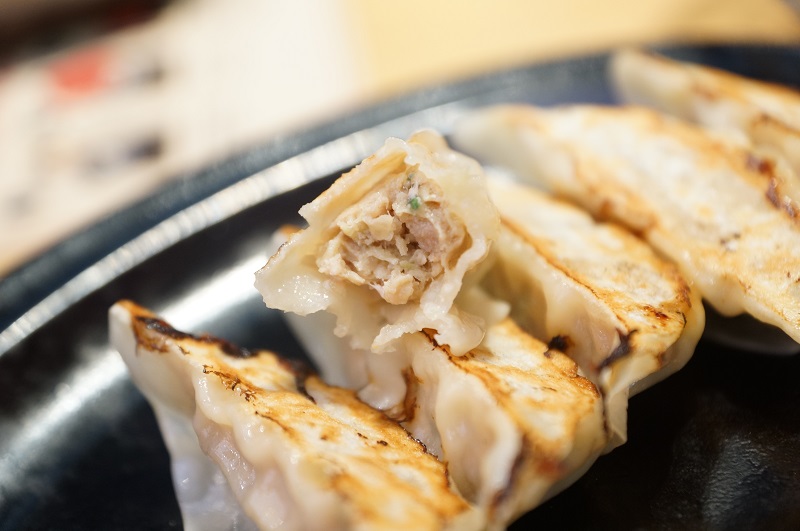 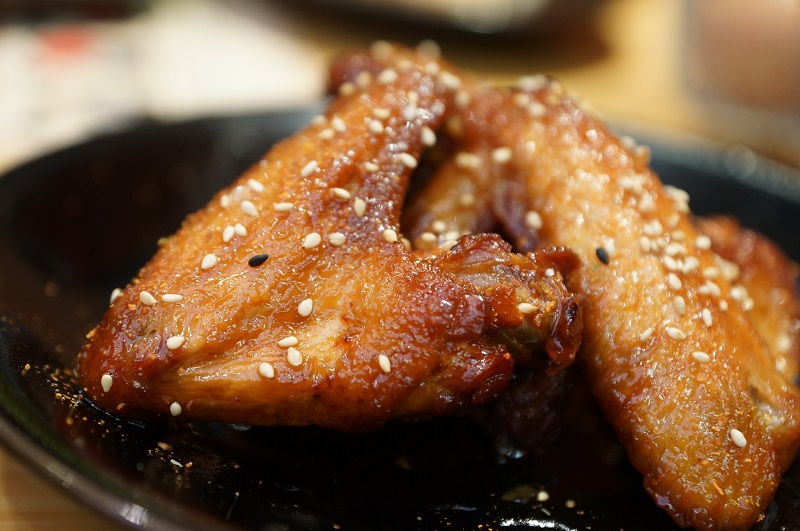 The chicken wings were well seasoned and grilled to attain a nice crisp skin but still retained its juiciness. A great side dish that’s worth a try. 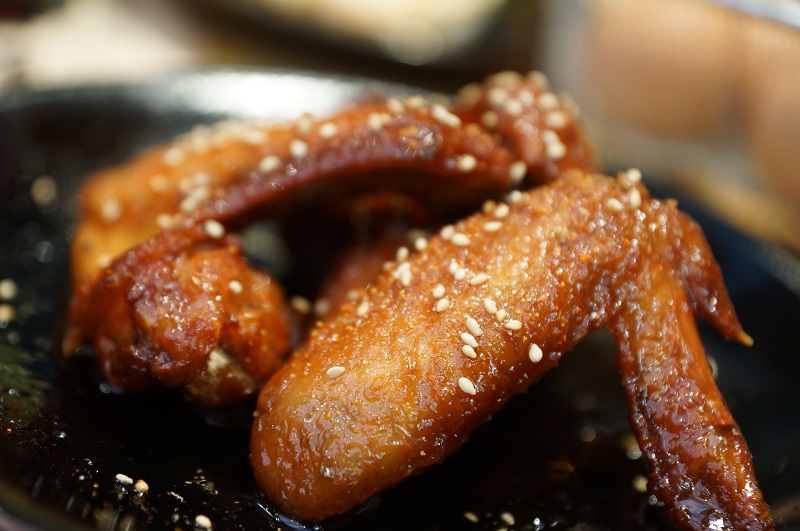 This is a Japanese style Ice Kachang and served in a stone pot! Here, the stone pot actually helps to keep the contents cold. Three flavours are available ( Matcha Shiratama with Ice Cream, Strawberry with Ice Cream and Mango with Ice Cream). 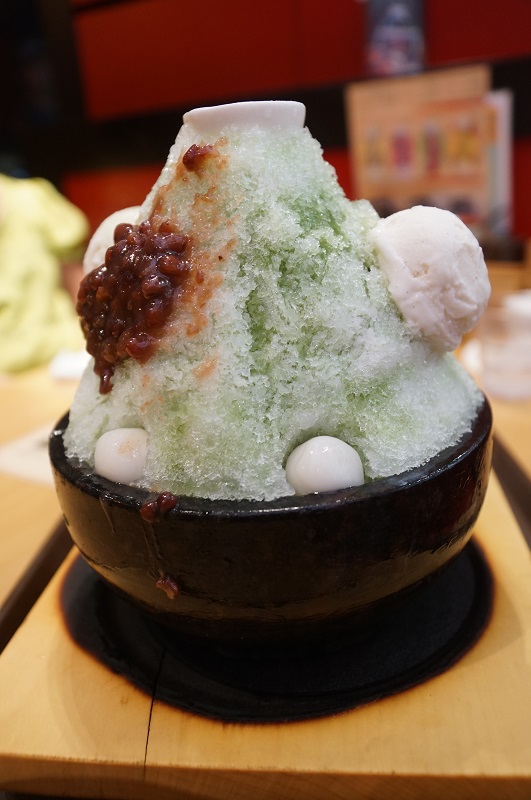 We opted for the Matcha Shiratama with Ice Cream since this is the most Japanese amongst all, ice blended with green tea syrup and topped with red bean, vanilla ice cream and Mochi. We experienced the Kazan eruption from the ramen but it caught us by surprise to see the same with the Ice Kazen! Water was added to the “Crater” of the Volcano where a piece of dry ice is hidden, creating a volcano eruption effect right in front of us. 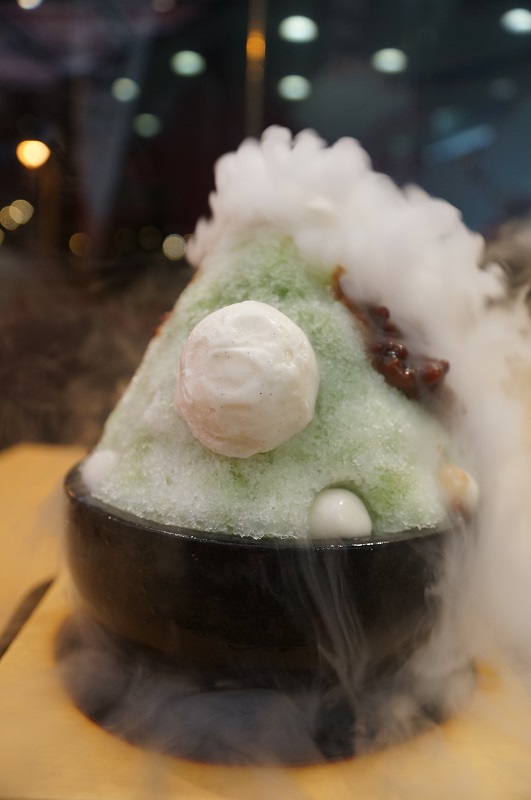 The quality of the vanilla ice cream, red bean cannot be faulted; the plain Mochi was chewy and went well with the rest of the toppings. The only flaw was the Matcha or green tea flavour, the taste was too mild for us to fully appreciate the green tea fragrance. 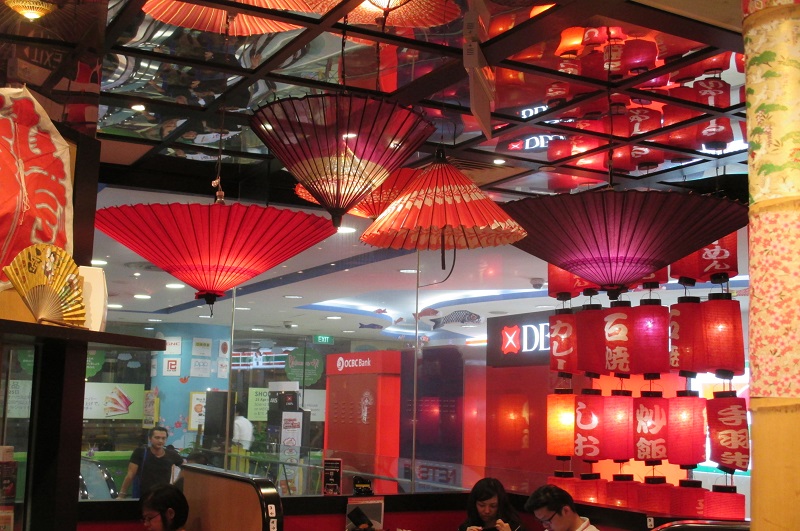 Tonkotsu Kazan Ramen is probably one of the more unique ramen places in Singapore, and they will not disappoint whether in terms of quality or quantity. Of course, they do have normal portion sizes for their ramen if you have a smaller appetite. Do not miss out on the desserts and the side orders, the Ice Kazen and the Gyoza and chicken wings are definitely worth a try. 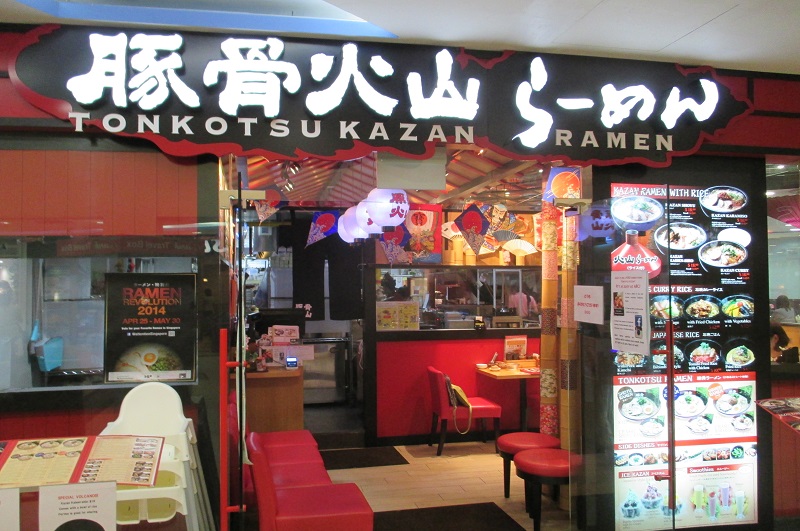