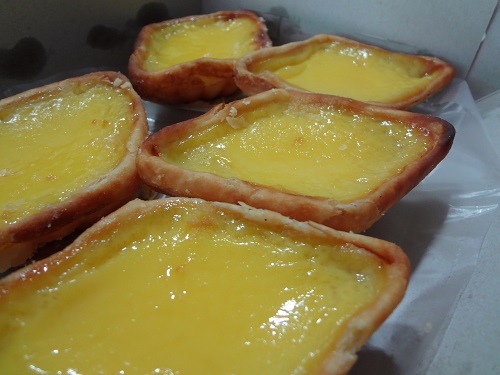 Was at Maxwell Food Centre for lunch so we decided that since we’re around the area, might as well get some egg tarts from Tong Heng! This brand has been around for years and years, however I only recently heard about it on the television. (oops!) Tong Hong sells many traditional Chinese pastries and desserts, amongst which is none other than the egg tarts that they are well known for!

Tong Heng bakes around 4000 egg tarts daily, and all by hand. Much respect for those stalls that places quality above quantity! What makes Tong Heng’s egg tarts so special and tasty, are that they actually use lard to give it that extra oomph in the flavour. All those that can’t take meat related products do not worry, for 300 pieces of vegetarian egg tarts will be baked annually during Vesak Day, so do come early!

For the filling of the tarts, the owners use only the freshest of eggs; the only ingredients used to make the filling are actually just egg, sugar and water. (who would have thought it was so easy?) They have two types of egg tarts, one with coconut shreds and the traditional one. We like our egg tarts smooth and silky, so we chose the traditional one instead! That said, those that have tried the coconut flavoured egg tart gave nothing but praises, so you might want to try that out. 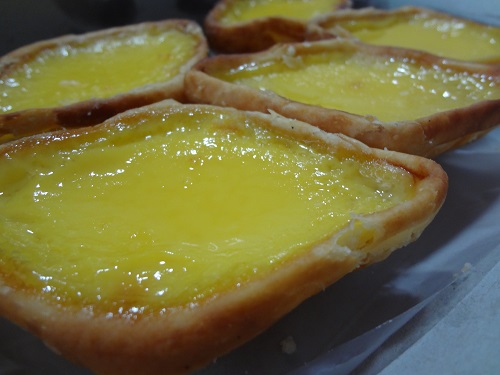 The egg tart’s pastry is the flaky kind that I am not exactly a big fan of. However, it is very light, soft and easy on the palate, so I actually quite like it. If you haven’t already noticed, Tong Heng is the one and only stall that sells its egg tarts in a diamond shape! Makes it real easy to eat since it accommodates the shape of our mouths; one bite and half the egg tart’s gone!

As for the filling, it is very smooth and silky. Unlike most normal bakeries whereby the filling is hard like pudding, the filling of the egg tart is soft and melts in your mouth! It’s not too sweet till you get sick of it after a few mouthfuls and not too bland as well. The combination of the water, sugar and egg was really of just the right ratio. 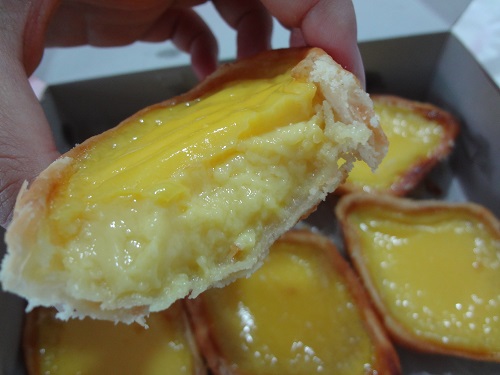 I wouldn’t say that the egg tart is extra phenomenal and out of the world, however it definitely is worth the try if you’re big on flaky crusted egg tarts. Once again, a huge thumb up for Tong Heng when it comes to preserving the tradition, delicacies like this are getting harder to obtain by the minute. The egg tarts are also reasonably priced at $1.40 a piece, head down to the stall if you’re round the corner! 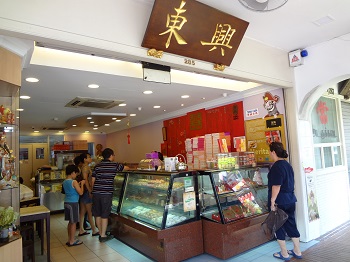