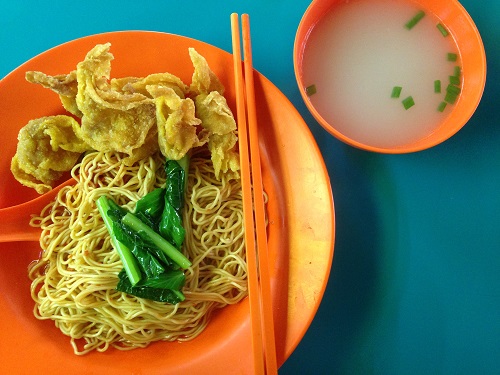 I’ve been to this stall for as long as I can remember. Never stopped coming back once in a while for a simple tasty brunch. I have to say that this stall is relatively popular, especially among the residents leaving nearby, so do be prepared to queue for a while if you come early in the morning! 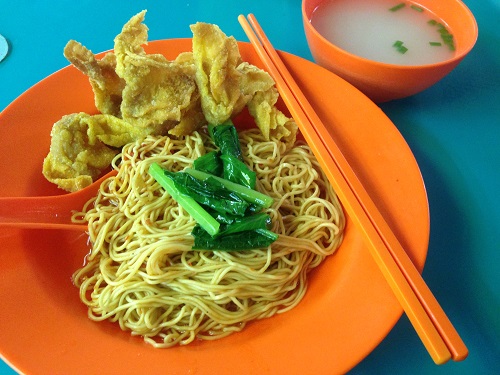 What I like about this stall, is that it’s cheap ($2.50), and they are flexible. My brother and I are super crazy over fried wantons, but as most of you know, Wanton Mee normally comes with the soupy ones. The first few times we didn’t touch our wantons because we were rather young and fussy then (Yes it was quite a while ago!) but my mum decided to make a special request to change the wantons to fried ones one day and the stall owner actually said yes! (Hooray for nice stall owners) We’ve been having them since.

When it comes to Wanton Mee, I am very particular about the noodles. Not sure about you, but I am not a big fan of the Hong Kong styled noodles because they are kind of rubbery and it leaves behind a weird taste in my mouth. (This is just my personal preference, it’s totally cool if yours defer from mine) The black sauce that they used doesn’t help make the noodles taste any better either, so those aren’t my thing. 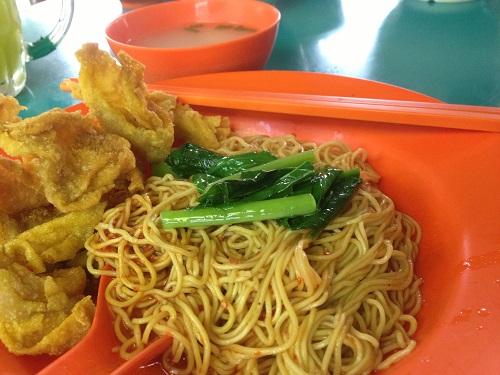 However, the noodles that Tong Aik Wanton noodle used are like the normal noodles I eat, and the sauce is salty and savoury! Both sauce and noodles really complement each other very well. I always request for extra spicy because it’s so delicious, it really is worth all the tears and sweat. The noodles are also always chewy, which is key, because soggy noodles are not meant to be eaten.

The fried wantons aren’t really fantastic, but for a little kid that likes salty batter, then this is the place to go. The meat given is just a small pinch, but I prefer fried wantons to those in soup any time of the day. The Cha Shao isn’t exactly very tasty either, most of the time I just pop the slices into my mouth, and dive right into the noodles. The noodles with the sauce are really the main highlight here.

I am a HUGE fan of soup, and sadly they aren’t very consistent in this area. On days when you’re lucky, the soup’s tasty, on days when you’re not, it tastes extremely diluted. Maybe want to check your luck for the day before heading to have some Wanton Mee?

All in all, I think for the price that you’re paying, what the stall has to offer is way more than what you paid for. If you’re not too fussy, this is the place to go! Considering how I’ve been to this stall for YEARS, you know it can’t be that bad! 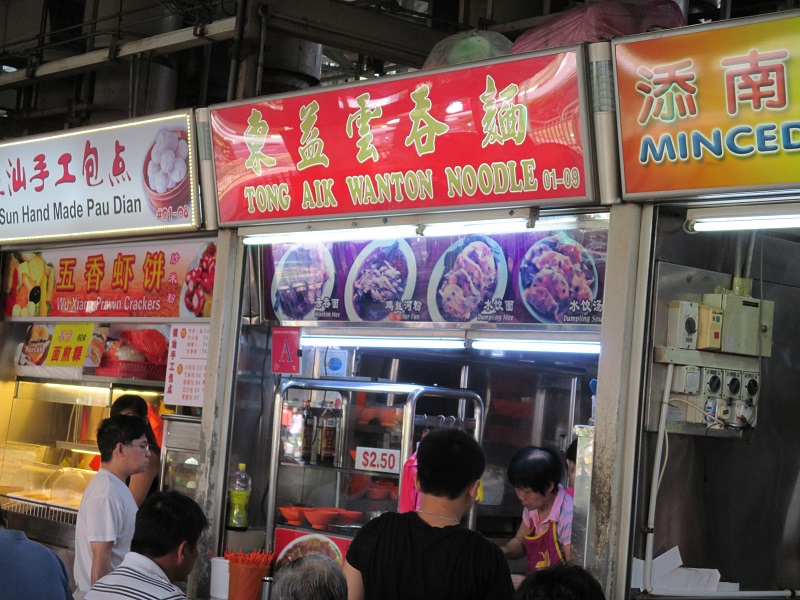 Operating Hours: Open in the morning only before noon