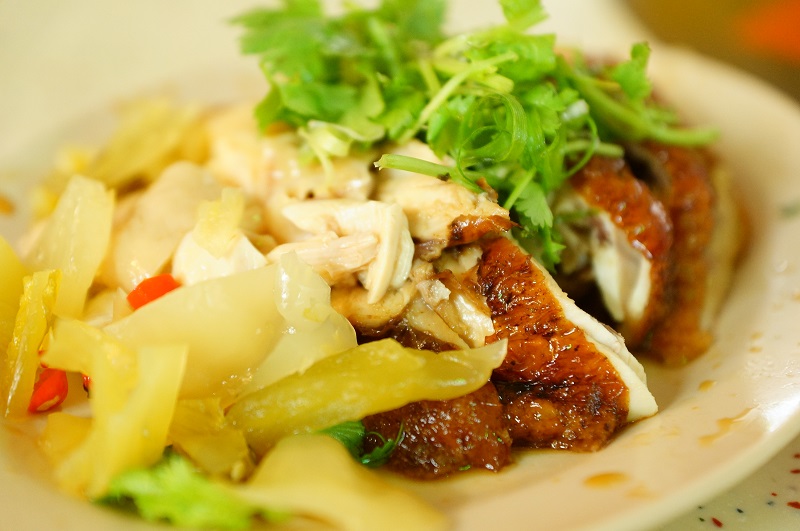 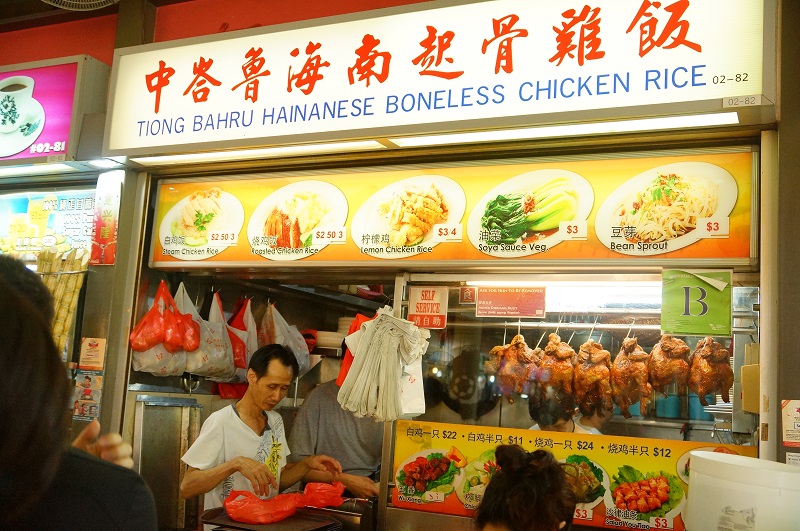 Nothing can hold a candle to Hainanese Chicken rice when come to review of local hawker food. There is no shortage of good Hainanese chicken around to woo your appetite and the in-exhaustive list could take you a long time to explore just the good one. 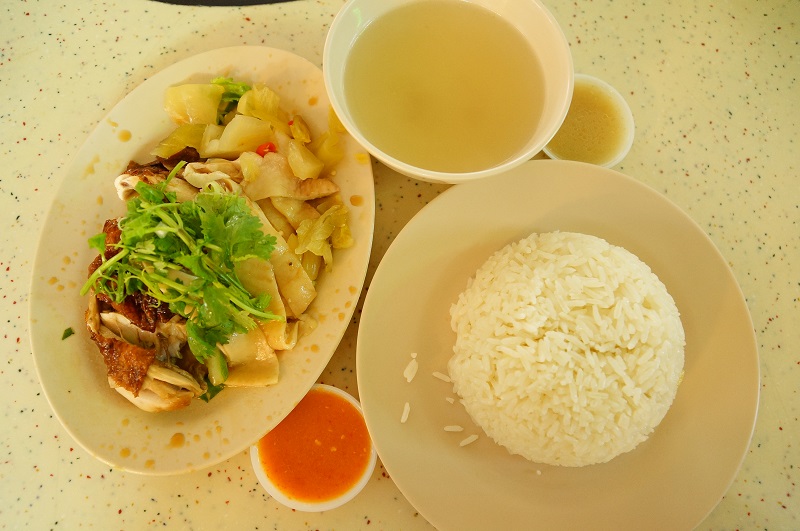 Tiong Bahru Hainanese Boneless Chicken is one of the more popular chicken rice stalls around that consistently beguiling the patrons with its luscious chicken rice. The stall offers both the steamed white chicken and roasted chicken, we do not want to miss out anyone so decided to whack both the types of the birds. 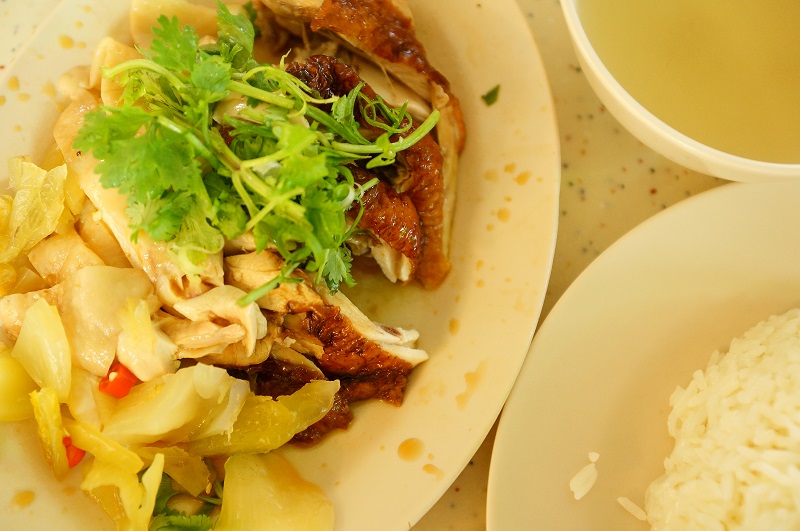 The first mouthful of the chicken rice instantly received the nid-nodded from our friend Joseph Ho who is a SEO consultant always nitpicking about the quality of the rice, grainy and not saturated with the fatty oil, the fragrance of the rice was alluding and the nice texture made the rice highly irresistible, we adamantly conceded his appreciation of this bold flavoured rice.

The steamed chicken was tender and juicy, however, something was missing in the formula, the tastefulness of the chicken though still could do a bit more depth. The roasted chicken in every rendition of the meat was a pleasing flavorful delicacy and overshadowing the white steamed chicken.

Tiong Bahru Hainanese Boneless Chicken wins over our hearts of their tantalizing rice and chili, for the chicken, roasted version will be our prefer choice over the white steamed chicken.