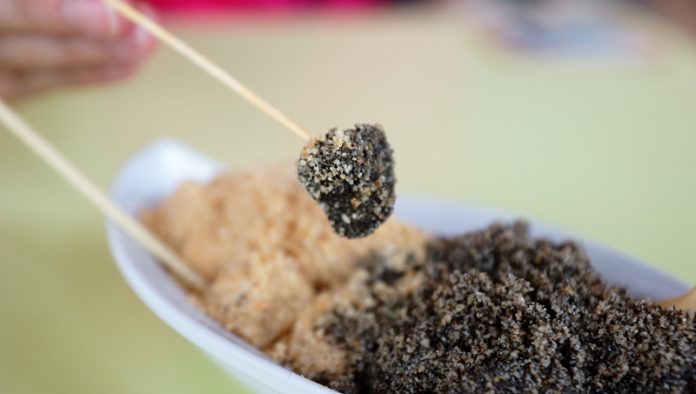 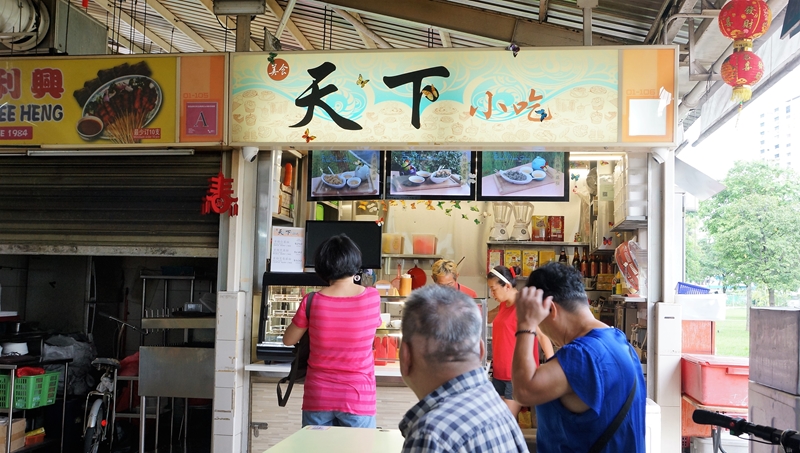 For a hawker stall selling only Muah Chee, the sticky glutinous rice has to be good. 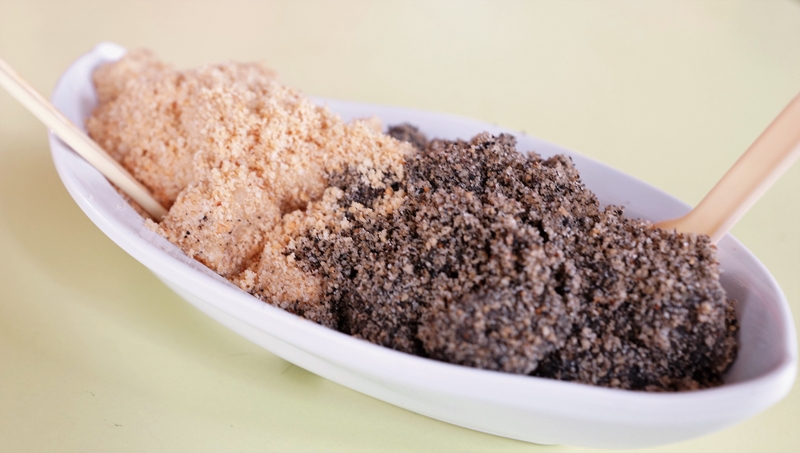 Muah Chee or Mochi is a prevalent snack in Japan, South Korea and Taiwan. The ball-shaped or cube-shaped morsel with various sweet fillings can be addictive with its chewy and soft texture. Local muah chee usually does not have the filling but instead, dusted with a layer of ground peanut or sesame, just like what Tian Xia Xiao Chi presented. 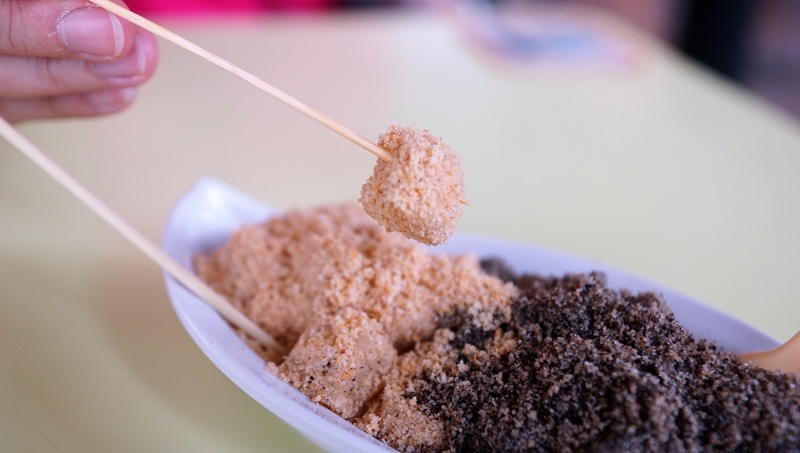 Tian Xia Xiao Chi moved away from the traditional method of cutting using scissors. A plate of irregular-sized and shaped muah chee coated with coarse peanut powder is considered archaic to Tian Xia Xiao Chi, who has decided to give the local Muah Chee a hipster twist. 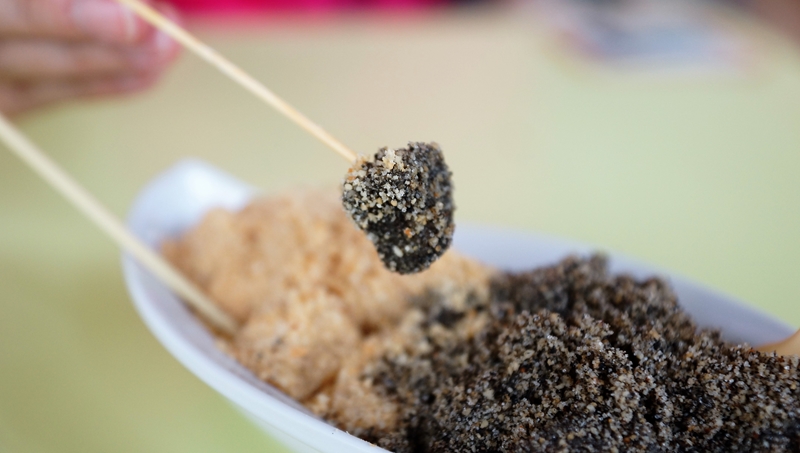 Tian Xia Xiao Chi muah chee is deftly cut into 1 cm cubes and tossed in finely ground peanut or sesame. We opted for the “Yuan Yang” that comes with both the peanut and sesame flavour and served in a nice boat-shaped plate. The muah chee is chewy and soft, with plenty of ground peanut and sesame, and brown sugar is used instead of white sugar for a more subtle taste of sweetness.

We can sense the hard work that went into making those cubes. From the texture of the Muah Chee and the use of the fresh ingredients, to presentation and the meticulous preparation work, Tian Xia Xiao Chi knows what’s good and we fully endorse it.