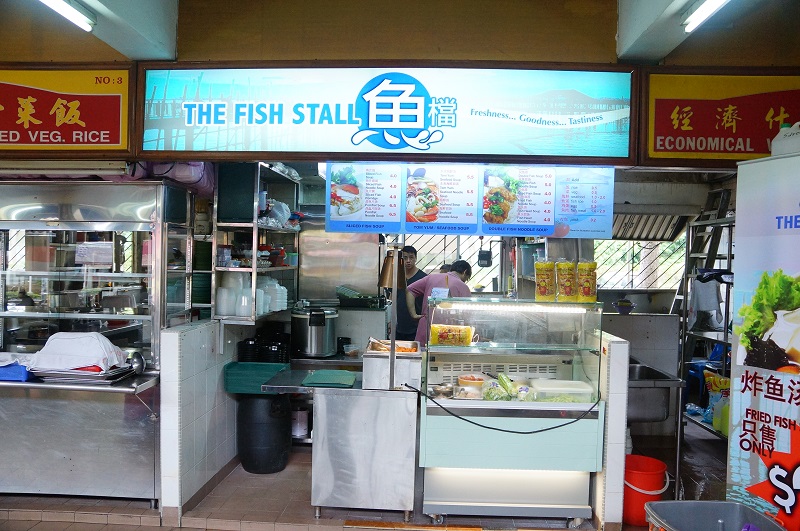 From owning a Kelong off the Singapore shore line to selling fish soup in the coffee shop, it makes the logical connection. What else can be fresher than the live catch and turn into a bowl of delicious fish soup?

Jason knows his fishes well, from Kelong to running a brief moment of a Kelong seafood restaurant in the past and now has the ambitious of expanding the fish soup stall, he ought to know what is important to lure the customers back to the stall.

Fairly new start up of less than a month in the present location, The Fish Stall chosen to start in this coffee shop located in the Industrial area. We have the privilege to try the culinary skills by Jason – the owner of the stall. 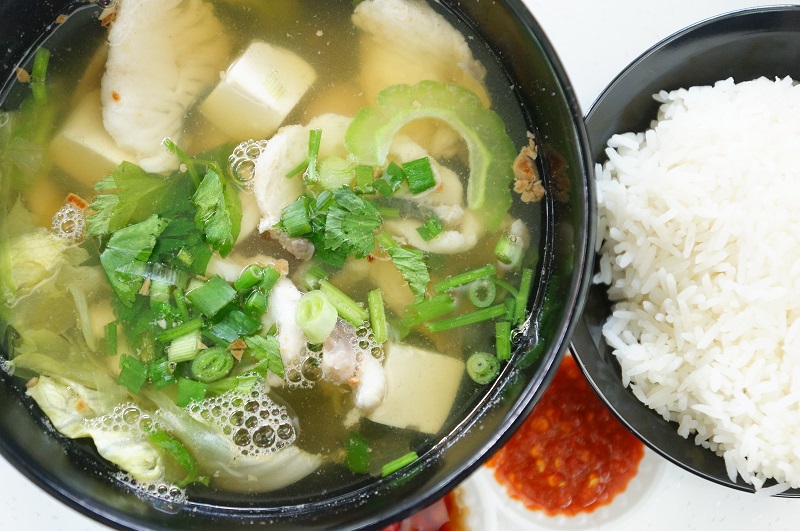 Batang fish is used for the soup than the cheaper version of snakehead. The fish was unquestionably fresh with reasonable serving’s quantity. The broth which is the soul of the fish soup never disappoint us, every spoonful was a medley of sweetness and freshness,  definitely not from the overloaded MSG.

In our second visit two weeks later, Jason has further twisted and improved the soup with added shallot and yam, both give the broth the extra zest and fragrance. We applauded Jason for his continual improvement spirit and the urge to do the best for his fish soup. 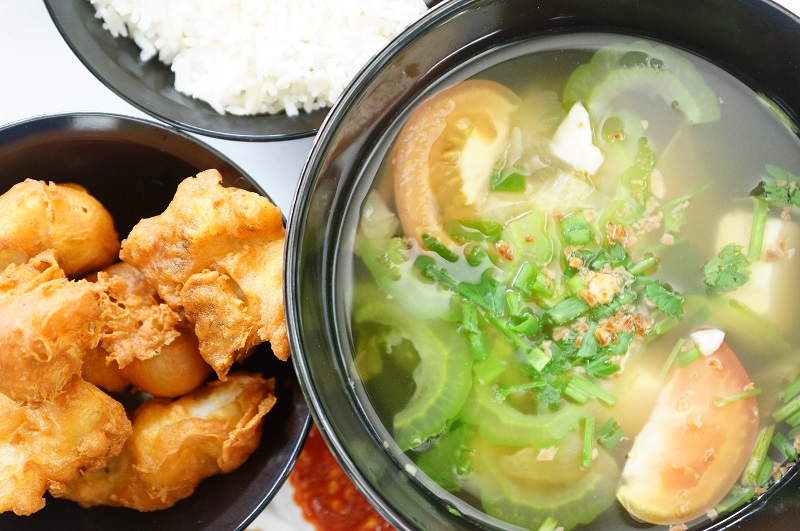 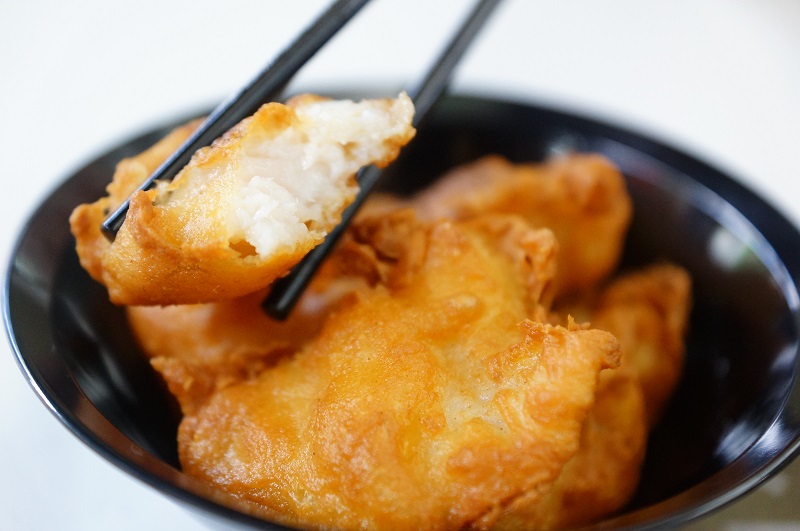 It is understandable since the Fish fillet is never suitable to be cooked in the soup, the soft texture of the fillet will likely disintegrated easily in the soup and unpleasant in the presentation and taste.

Depends on individual preferences, some like its crispiness coating and soft fillet texture internally, while some may prefer the kurau or Threadfin for its firmer texture. What is your preference? 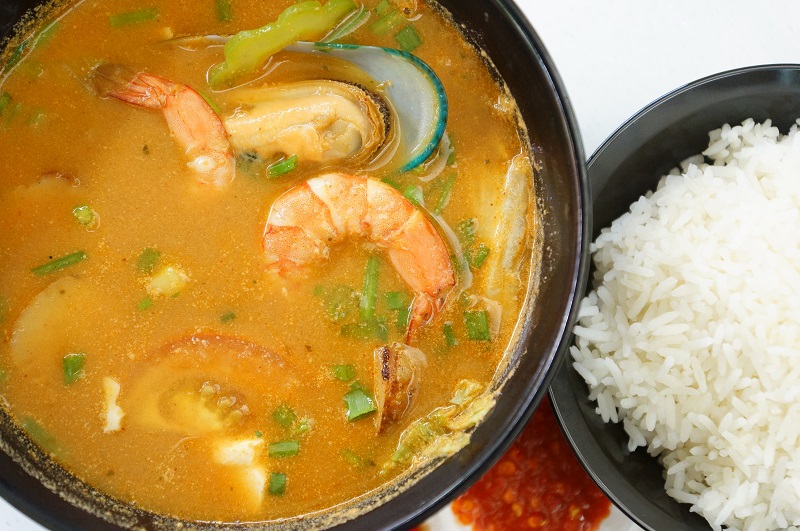 Tom Yum seafood was another dish worth to explore, Jackson has enhanced the Tom Yum paste to better appreciate the goodness of the Tom Yum. It is a stellar attempt in a bowl of broth boosted by the essence of the seafood, the prawns, mussels, fish slices and others in combination. The broth was not overly spicy and inundated with piquant Tom Yum’s flavour, giving it it’s legendary Thai aroma kick. 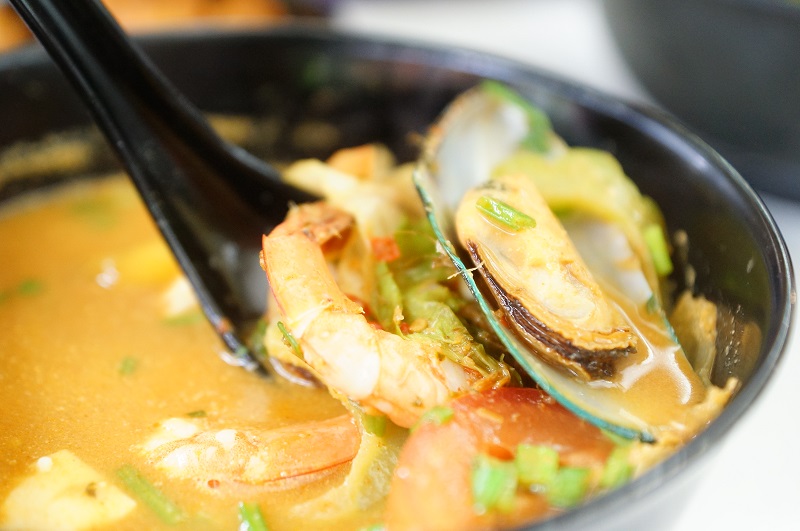 The Fish Stall Our verdict:

Both the fish soup and Tom Yum seafood soup are a bold and refreshing blend of the seafood, giving it a kick of the savoury flavour. While I am in love with the sweetness of the sliced fish soup, my wife adamantly voted for the Tom Yum Seafood soup.

Be it sliced fish soup or Tom Yum soup, One thing for sure, the Kelong man knows his fish well.