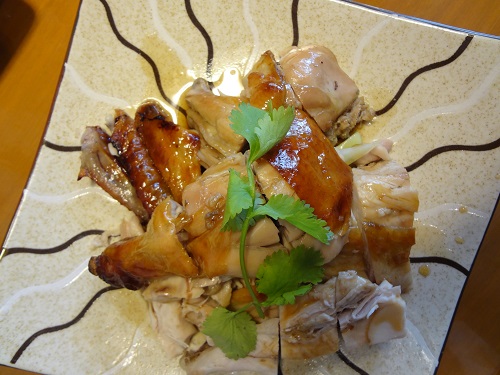 I remember eating at The Asian Kitchen @ City Link Mall last year before the start of this website. At that point of time, the impression that I had of The Asian Kitchen in general was not bad, as their Barbecued and Roasted Pork was rather decent. The quality of the food was acceptable, but a little pricey. With that impression in mind, I thought that we wouldn’t go wrong if we stepped into The Asian Kitchen @ Changi City Point. I have never been so wrong.

We were first lured in by the very friendly chef located near the entrance of the shop. (the kitchen was one that’s of an open concept) And we were then told that there was also no service charge, since at this outlet we had to place the order at the counter, and collect our own food at the counter after the pager that they gave us beeped.

Since my entire family never tried The Asian Kitchen before, they thought they might want to give it a shot. We ordered the T.A.K Sauce Roast Chicken which was their specialty, Sweet Sauce Fried Tofu, Winter Dumplings, Minced Meat Fried Wanton La Mian, La Mian Soup and the Dry Noodles. The service was rather efficient (probably due to the almost empty restaurant, and we will see later why) , we got our dishes in a couple of minutes. 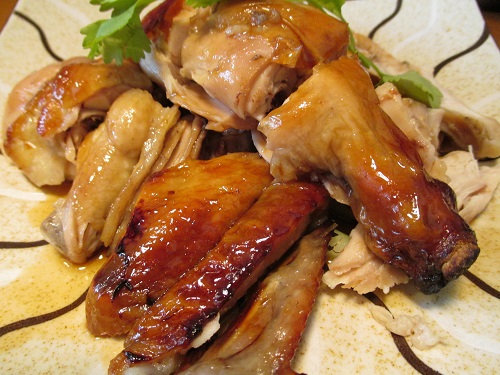 The seasoning of the Roast Chicken was decent, however we all thought that the chicken could have been tenderer and juicer, the chicken was overcooked and made the meat too dry and hard. I also hoped for the skin of the chicken to be a little crispier, and it would be perfect. 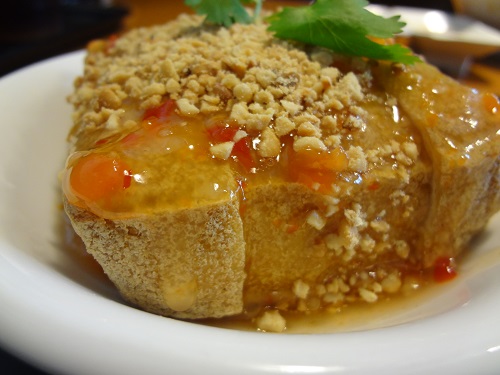 You can’t go wrong with the sweet sauce since its most probably bought off the shelf. By nature, tofu has to be soft as silk, however, what we were presented more like a tau kua (less water and more calcium contain beancurd) than the white and soft melt in your mouth kind of beancurd, it could have been softer, the tofu was slightly overcooked. It is also definitely not worth the price. 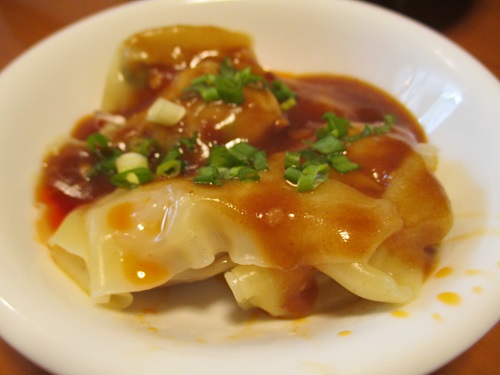 There were about 6 pieces of steamed dumplings in there, with extremely thick skin. The ratio of skin to filling was completely off balance. The sauce given didn’t really add much flavour to the dumplings and the meat filling was just uncharacteristically dull. Wrapped under such thick skin, we could barely taste the meat. The dumplings were quite poorly presented, all were stick together and a big lump of messy dish. 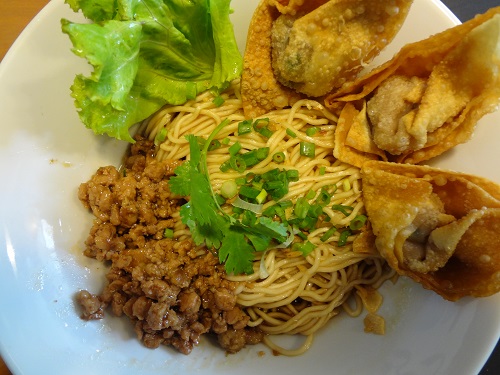 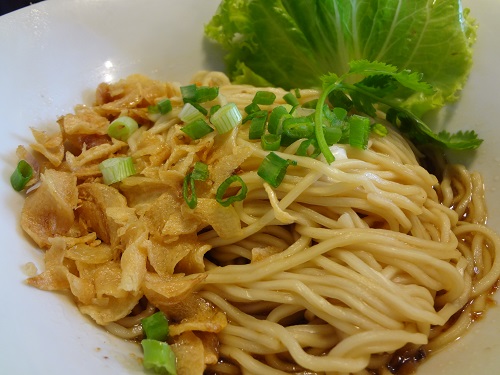 So basically the only difference between those two is that the Minced Meat Fried Wanton LaMian had 3 extra pieces of fried wanton as compared to the Dry Noodles. Didn’t taste how the Fried Wanton tasted like because that entire bowl disappeared into my brother’s belly in 3 minutes, but I’m taking his words that it was not bad. (then again, you can’t go wrong with fried wanton) The Dry Noodles did not have the wow factor, (or any factor at all) it was just plain Jane. There was only some slight meat sauce at the bottom to taste. 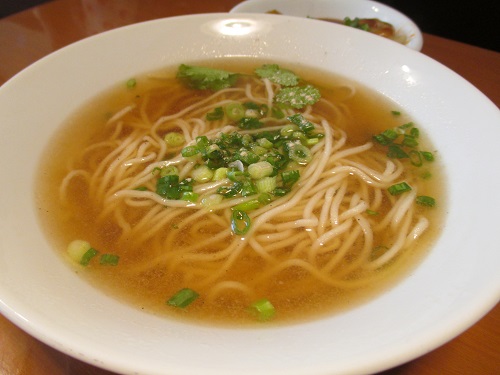 The soup was mildly sweet and slightly on the plain side even after we added pepper to it. Just a bowl of plain noodles that anyone can easily cook. I have tasted way better soup for way less.

The Asian Kitchen might dish out relatively reasonable dishes at other outlets, but they failed miserably at Changi City Point. We might have ordered the wrong dishes; then again there wasn’t a huge selection to begin with. This is a place where we’ll patronise once and not come back again. We do have to say that the staff and chef there are rather friendly though, makes us feel slightly less disappointed towards the food! 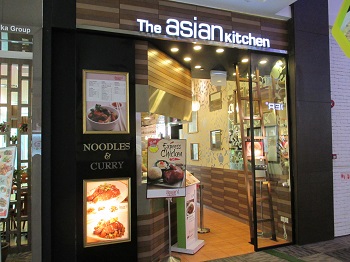