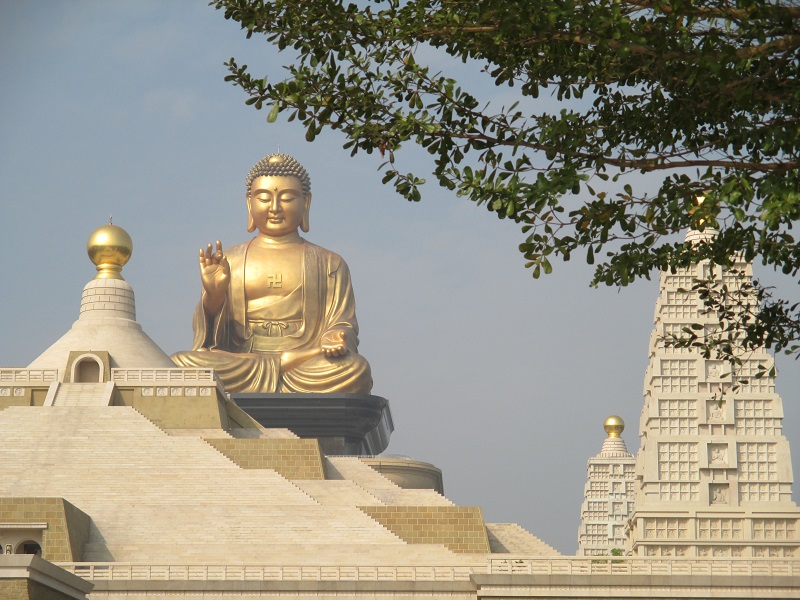 For Day 2, visited the Fu Guang Shan in the morning. After that, we decided to go up some hills to E-DA outlet mall for some shopping and food. E-DA outlet mall was originally built to house a casino, but the plan failed so they remade it into an outlet mall with theme parks and a flea market located in one of the outdoor areas. E-DA houses many well-known international brands, leaving you spoilt for choice if you’re willing to spend! Although it is an outlet mall, prices tend to be only slightly cheaper than those available in Singapore, if not the same. 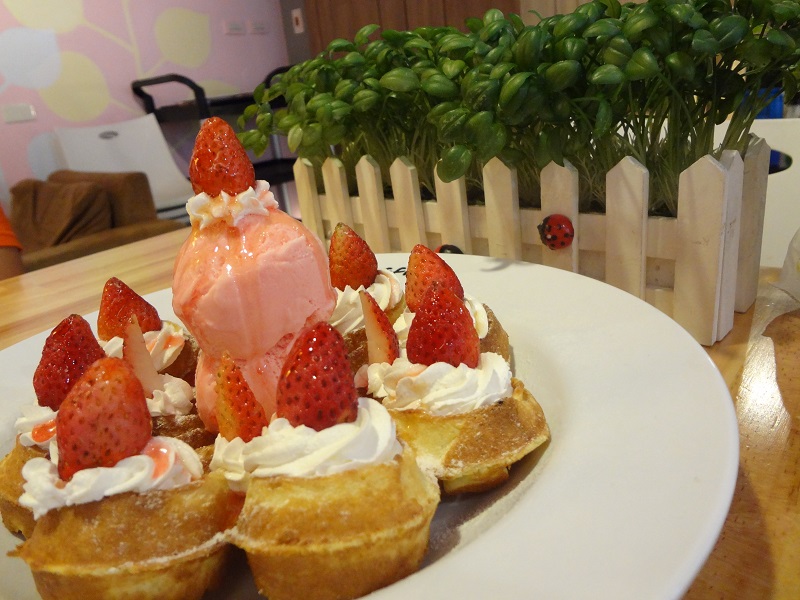 After a simple meal at the food court, we decided to go for some desserts and that’s when Flower Waffle caught our attention. The café had a rather cutesy theme, being painted in entirely in purple with flower decals on the walls. There were some real cosy sofa seats which we wanted to sink our butts into, but they were only available for 2.

The service here was bad, the boss (or who we assumed was the boss) appeared to be totally uninterested in his customers, sitting on one of the sofa seats, sipping on his coffee while looking through what I supposed was bills. Our original order was waffles with chocolate ice cream and bananas, but only after we placed our order and paid for it were we told that they ran out of bananas. What a disappointment. 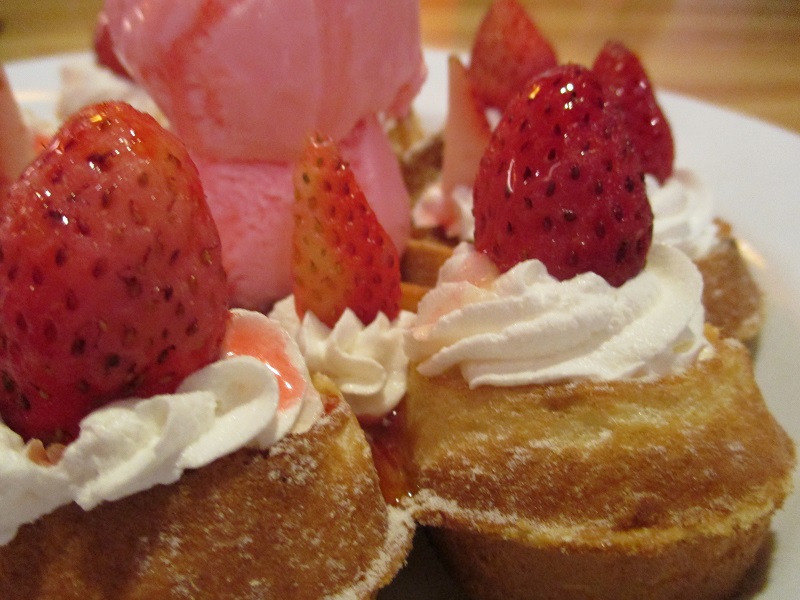 The strawberry ice cream was average, so was the strawberry itself. Not much could be said about the taste of the waffles either as it tasted very bland. The waffle was harder than it was crispy. We would be sure to never visit this place again the next time we’re here. 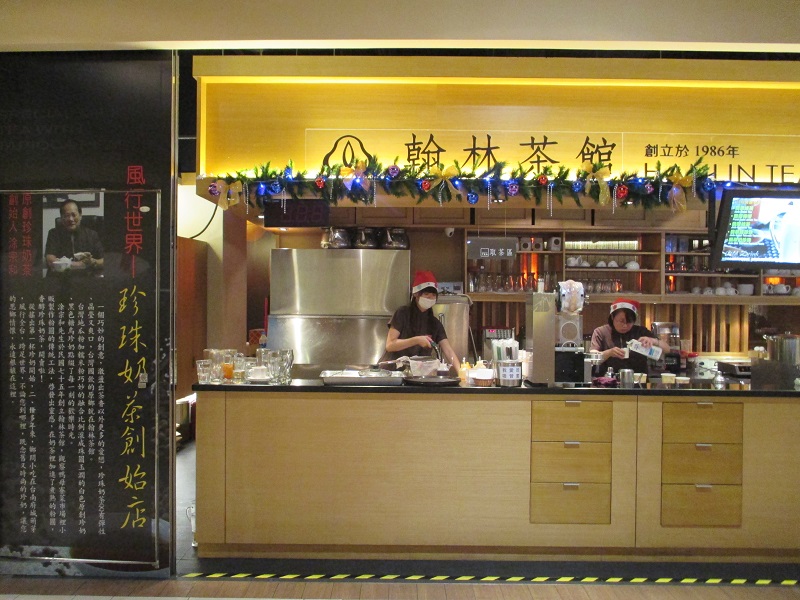 We were told that this was the original milk tea store that dates all the way back to 1986. Whether it is true or not, we have no idea, but we gave it a shot anyway. We ordered a cup of White Pearl Milk Tea to try and it was average once again. The fragrance of the milk wasn’t there, and although we asked for a 70% sugar level, it felt more like 50% of what you’ll normally get in Singapore. Then again I suppose that is healthy? 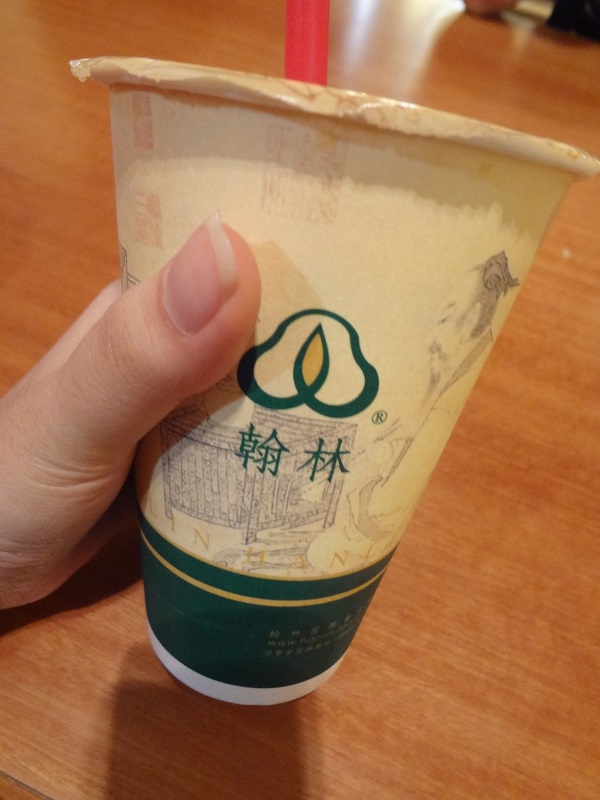 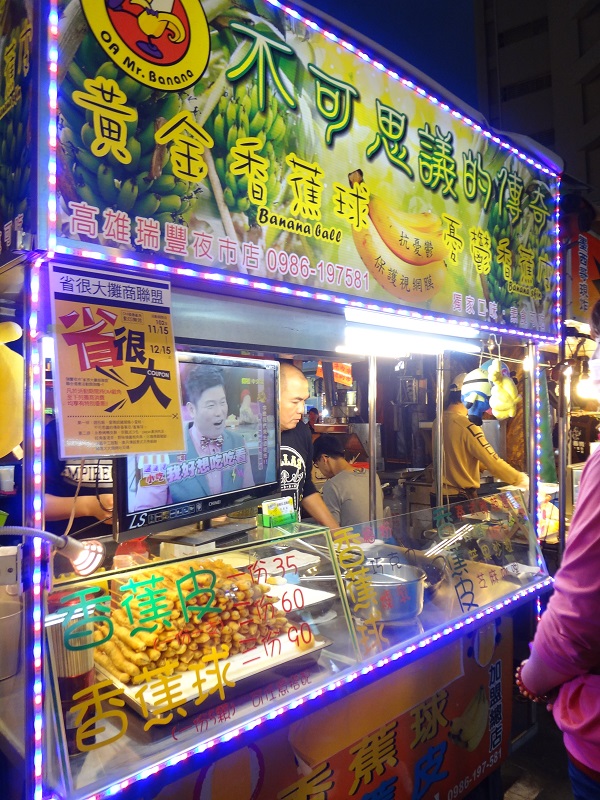 No, you don’t have problems with your eyes, you read that right. This stall serves Fried Banana Skin, and they’re selling like hot cakes. They’ve even been on the news on reality tv shows before. How it works is that they’ll first fry the banana skin twice, to make sure that the bitter taste of the banana skin is gotten rid of. They’ll then coat it with the batter and fry it again. You then get to choose some sauces to go with your banana skin, like thai chilli sauce, cheese etc. Seems like a pretty genius idea isn’t it? Making use of the entire banana, leaving behind no waste at all! 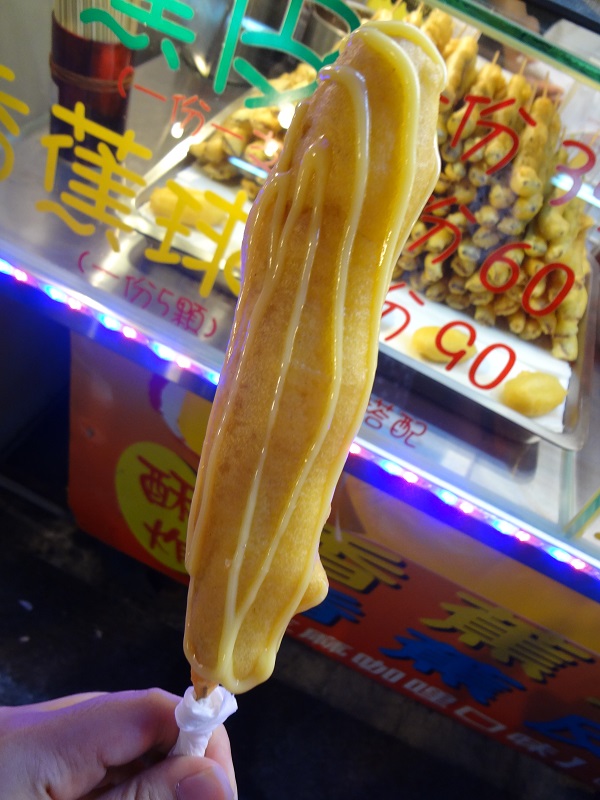 Taste wise… not so genius after all. The only thing that gave it flavour was the sauces. The banana skin was redundant because it was wrapped in a thick layer of batter, we could barely taste it. As for the banana balls, they were similar to the Goreng Pisang that we have here in Singapore, which was nice, but nothing out of the ordinary. 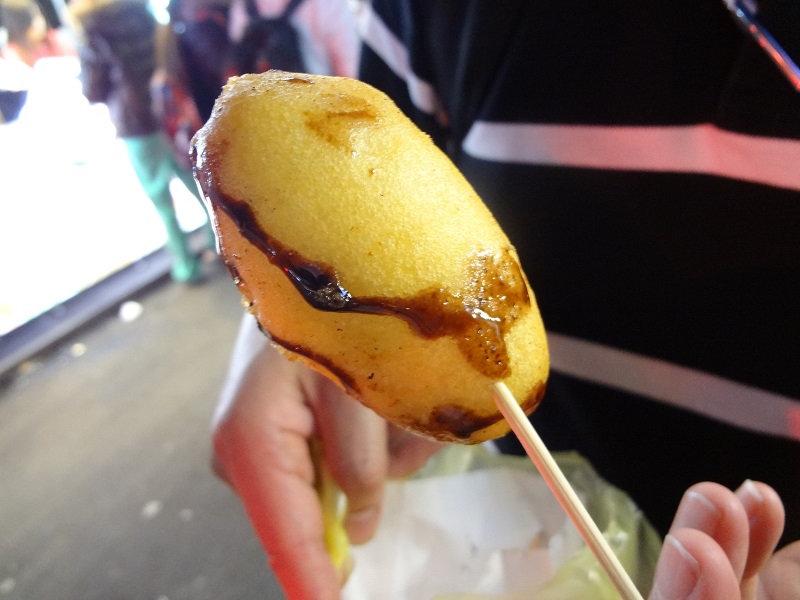 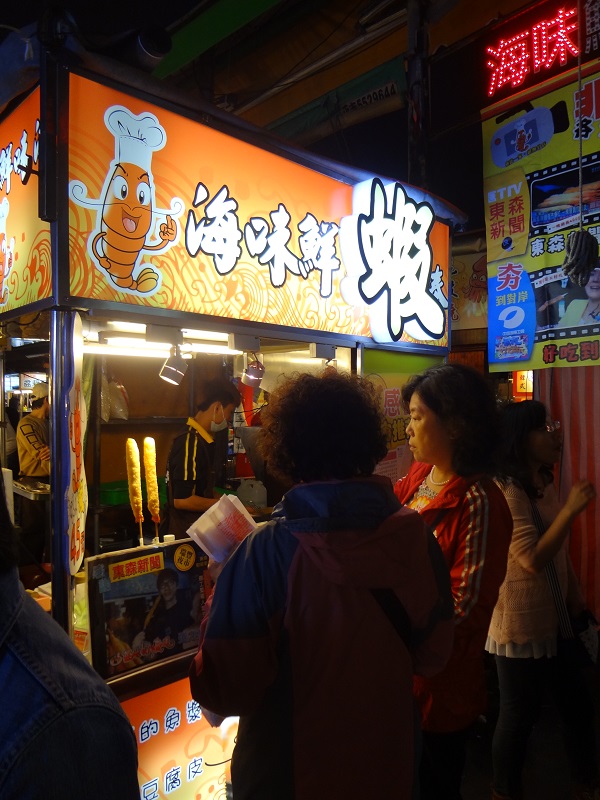 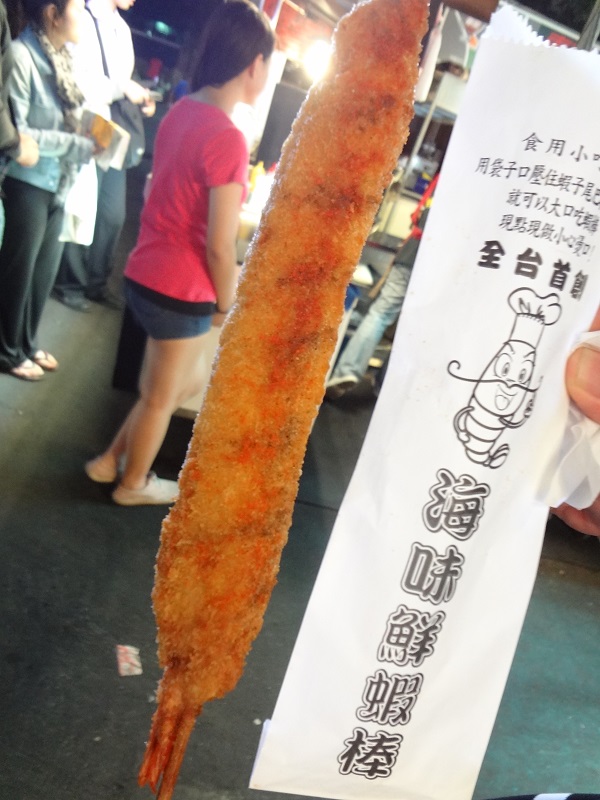 First of all, let’s just take a moment to admire this HUGE prawn on a stick. If I didn’t recall it wrongly, one stick costs 100NT or about $4 plus SGD. The prawn is of course not a real live prawn, but rather prawn meat mashed and shaped into what you see in the photograph, with a tail at the bottom. You get to choose the seasoning of your prawn stick and we went with chilli powder. The prawn meat was a little sweet, but otherwise there’s not much to talk about this! 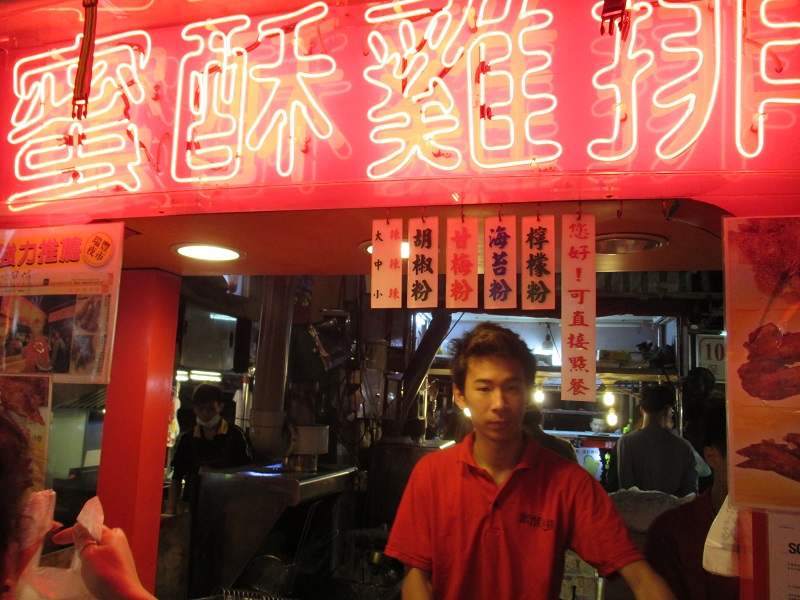 If there’s one thing we learnt in Taiwan, that is to never trust newspaper cuttings! Almost every night market stall has one, and even if they don’t, they might taste better than those that do! We were drawn to this stall because of the cuttings. 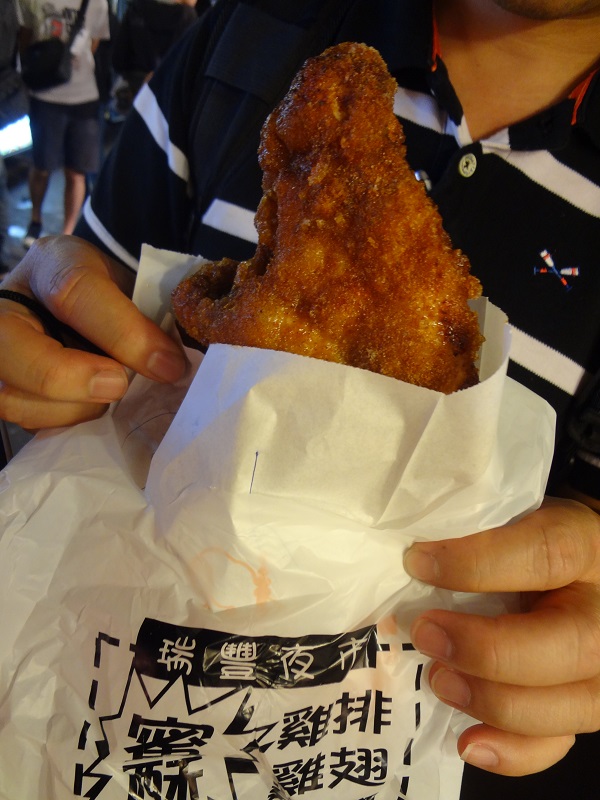 They said their Fried Chicken Chop is crispy and tasty, but it really was quite the opposite. That’s not just it; we waited for quite a while, because they fry the chicken only upon order. The chicken ended up being rather tough as they over fried it, as for taste wise, a little sweet and cloying after a while. For the very first time, the glutton family has trouble finishing a Fried Chicken Chop! 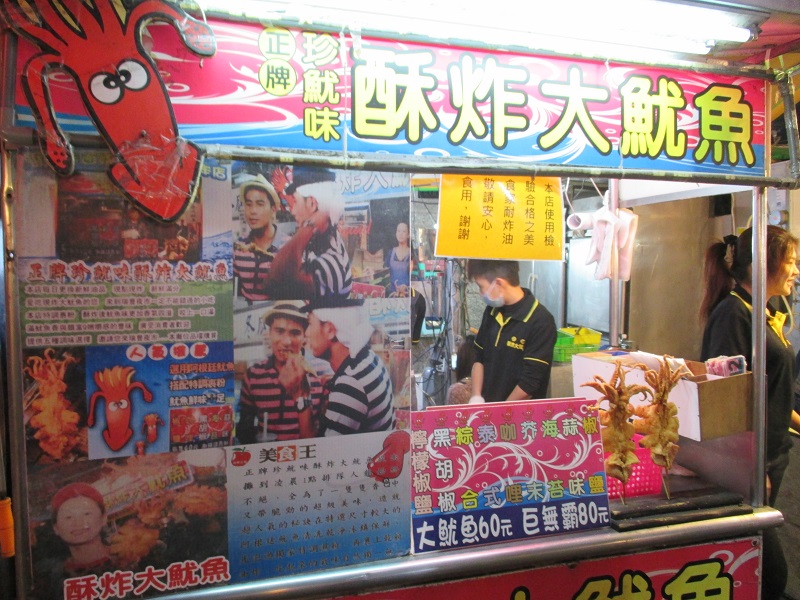 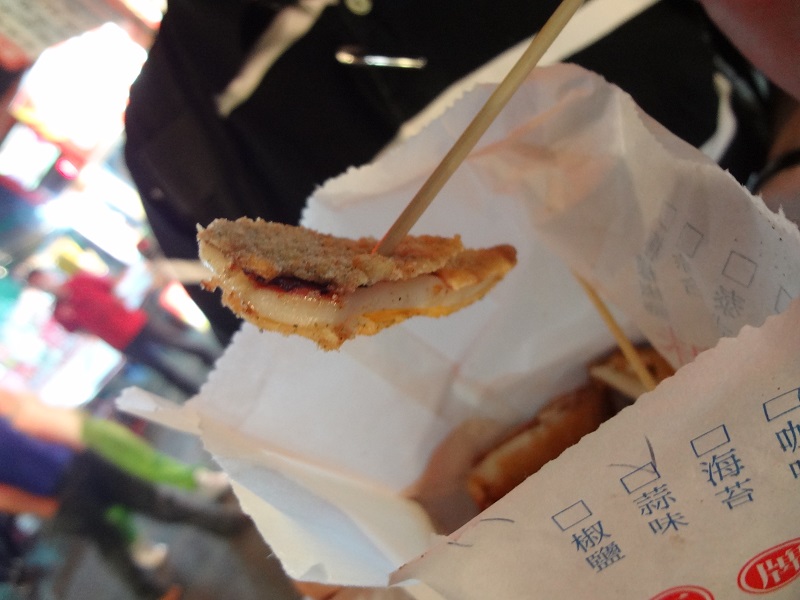 This stall over here went on the news and television too. One of the first stalls of the night with rather decent food, the cuttlefish was chewy with a thin crispy layer of batter which got us hooked throughout the night. Like most of the other stalls, we get to choose the flavour of the cuttlefish and we went with garlic and herbs! Very fragrant, definitely a must try! 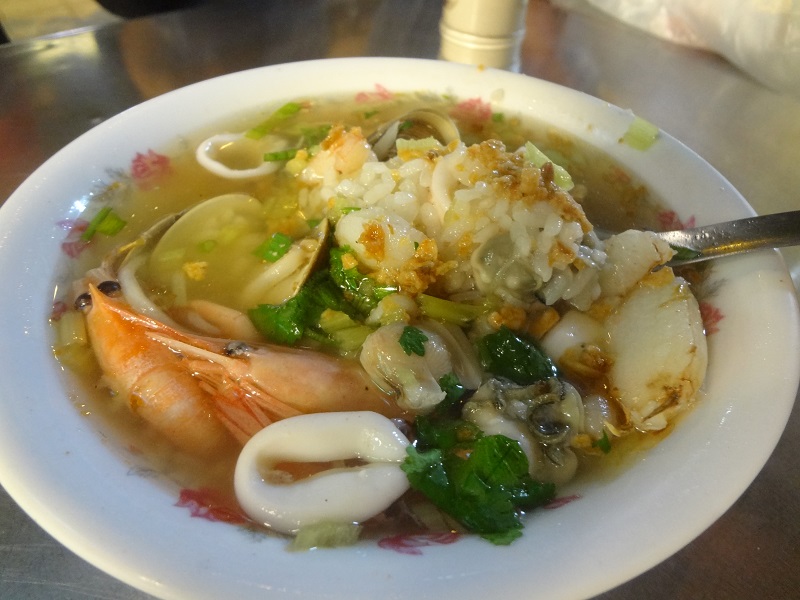 This stall is famous too, it’s located at the edge of Rui Feng Night Market facing the road side, with metal tables and chairs by its side, so it isn’t hard to spot! The bowl of seafood porridge that we had contained generous amounts of fresh seafood like cuttlefish, crabmeat, prawn and clams, which made the porridge very sweet. As for the crab meat, it was extremely soft and tender, it literally melts in your mouth. Like the seafood mentioned above, it was sweet too! 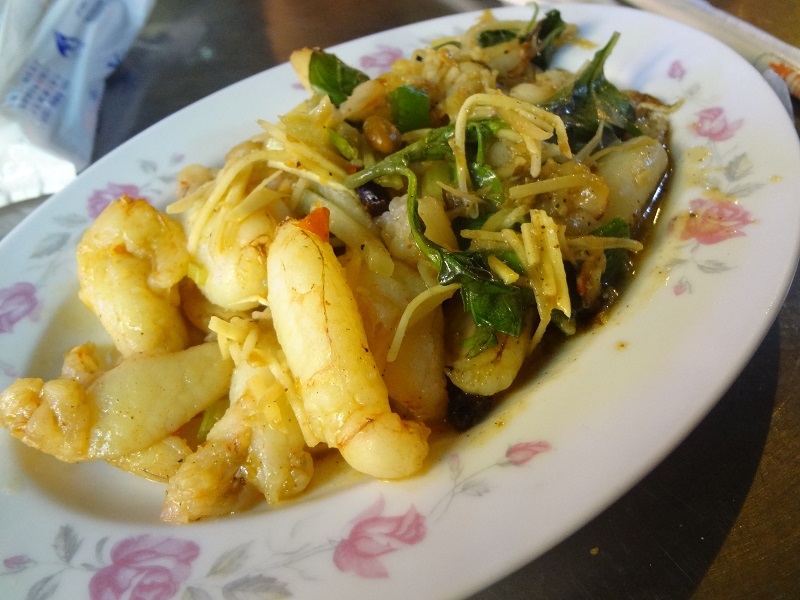