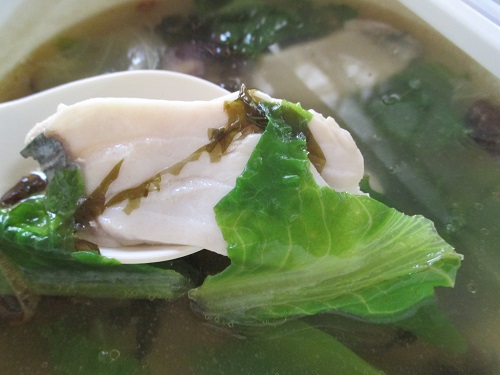 Next to the famous Boon Hiang Fish Ball Tang Hoon ( Mee Pok ) stall, it was the T.G. fish soup that has also been around for many years in the same food centre. Fish soup is considered a healthier food that rich in Omega and essential for the body. This is always one of our favorite foods with the exception of my chubby boy, he is the only hardliner with strong prejudice towards eating fish, he has little tolerance for the fishy smell regardless how tasty the food was prepared. Neither the food or anyone of us can change his opinion about fish, when come to review of food with fish as part of the ingredients, we have to firmly reject any of his comment knowing nothing positive coming from him.

The essence of a good fish soup relies heavily on the “soup”, besides of the soup, equally important was the freshness of the fish slice, TG fish soup met the criteria on the soup with a medley of sweet and fragrant taste. We slurped up the whole bowl of the soup without leaving a drop behind. 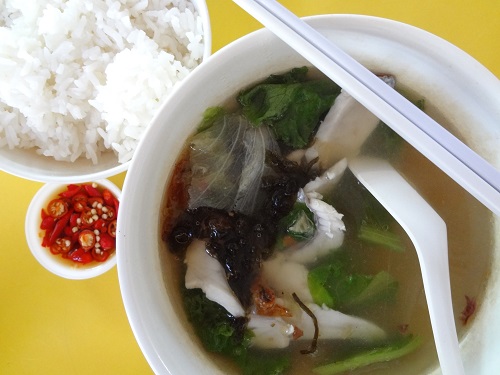 Overall, we are pleased with standard of the TG Fish soup, however, looking at the same old couple running the stall for years, we are worried will there be any successor to continue serving the same good fish soup and allow the legacy to pass on? 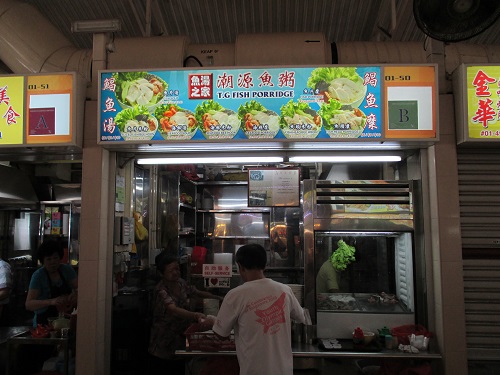