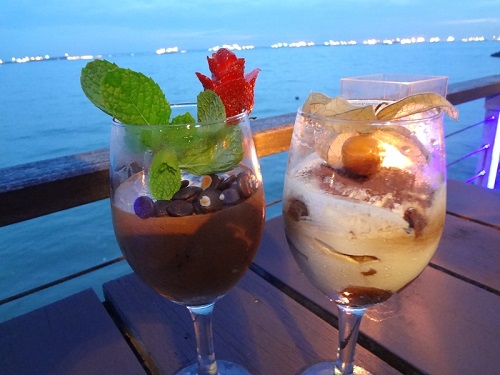 After dinner at Gurame Indonesian Restaurant, the glutton family is feeling far from satisfied without some good desserts to end the day. (Or maybe it’s just me and I dragged everyone along) While walking towards Gurame, we saw the menu of Stella’s and spotted tiramisu on their menu, so that’s where we’re headed! After all, it was just next to Gurame.

By the time we got seated down and ordered our desserts, the sky was already rather dark, so pardon us for the slightly grainy pictures! While waiting for our desserts, my artsy parents couldn’t stop snapping pictures of the lighted candle that each table has, trying to create “artistic pictures”. My father especially, couldn’t stop boasting about how pretty his pictures were. (I sometimes wonder who the real kid is in the family) 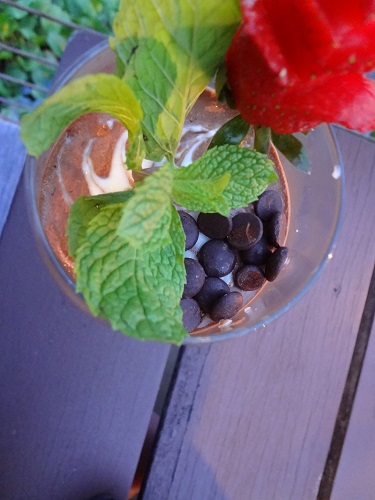 After a while, our desserts came! We ordered the chocolate mousse and the tiramisu. Surprise surprise, I was actually expecting my desserts to come in a small cup or a box like how it would normally be presented, but guess what; it came in a red wine glass! The chocolate mousse had a carved rose strawberry on it as deco which I thought was really interesting and thoughtful of the chef to go through such trouble. 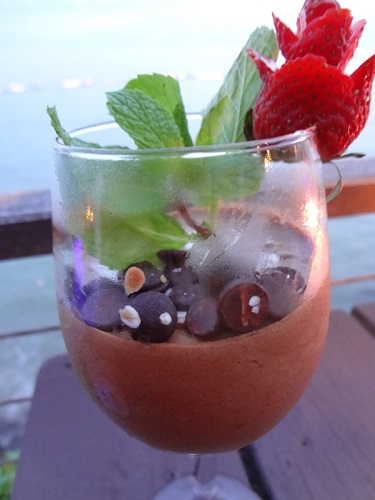 On to the actual taste of the desserts, the chocolate mousse was slightly denser than I’d like it to be. And the fact that it was served in such a HUGE wine glass didn’t help make things better! I got kind of sick of it after a couple of mouthfuls. It’s not that it didn’t taste good, because it was not bad. Not too sweet and it was definitely chocolaty rich! If I could change anything, it would be to have the mousse served in smaller portions. 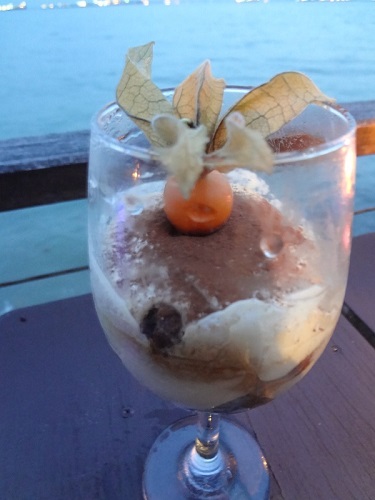 All of us preferred the tiramisu, not because it tasted phenomenal, but because it rested slightly better on our palates. There were 2 alternating layers of cream cheese and 2 alternating layers of sponge cakes in the tiramisu. The upper layer of sponge cake was slightly dry, while the bottom layer was soaked with the coffee liquor and was flavourful. This gave us the impression that the tiramisu had been resting in the fridge for quite a while. Guess we’ll never know. 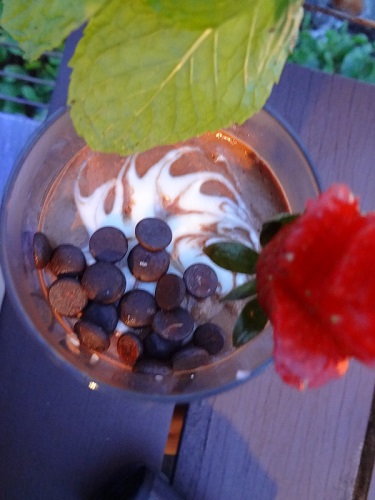 If I would ever come back again, it’s for the ambience. Food here is slightly pricey. Then again, we’ve yet to try the main course so we can’t judge! But if you’re looking for a place to chill and have desserts, you might want to try somewhere else!