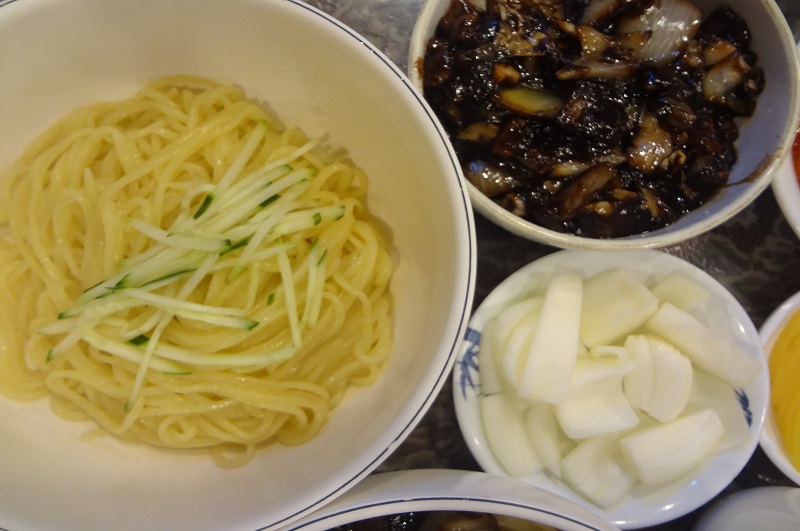 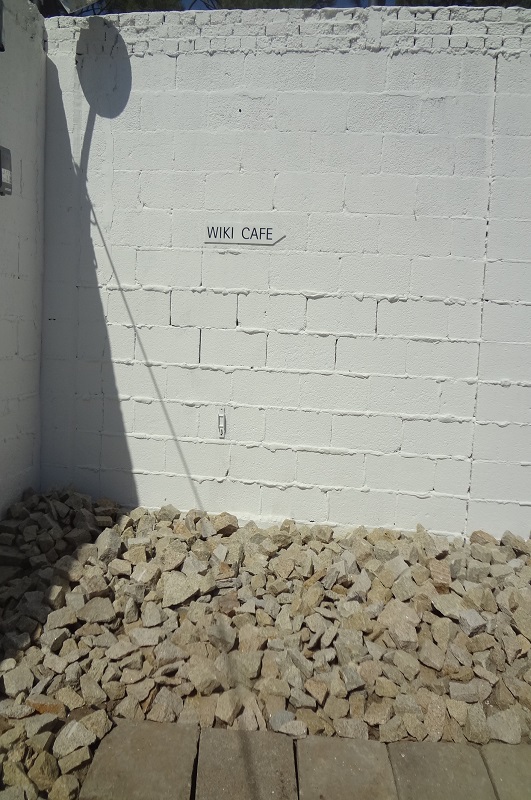 Once again for those of you who are huge fans of Super Junior, you all should’ve known by now that this café is opened by one of the members’ mums. It was located pretty deep in amongst cluster and cluster of houses; it took us at least 15 minutes to walk from their nearest subway station to arrive at the café. 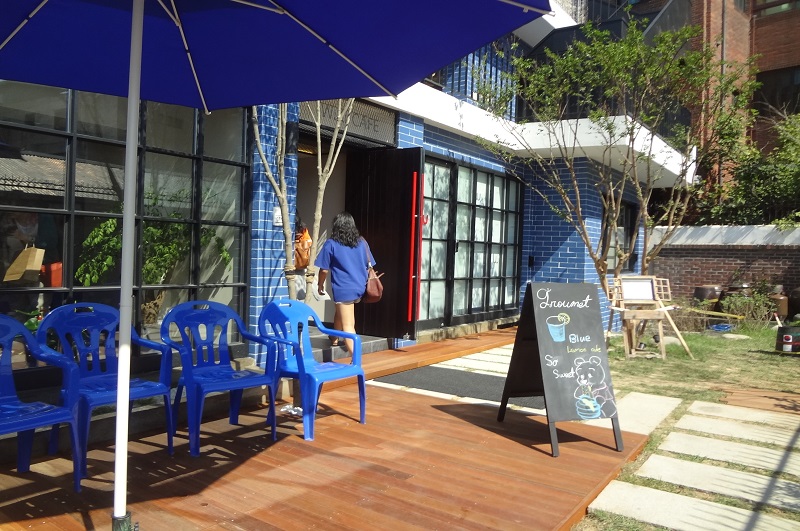 We reached at about noon; needless to say it was already fully packed. We had to wait for about 20 minutes before there were seats for all of us. The café had 3 levels, with the first level being a gallery for all of SuJu’s fans to take photos of, as keepsakes. The second level is where the actual café is, with indoor and outdoor seating for whichever you prefer. The third level is the observatory for you to snap all the pictures you need as there scenery was quite breath-taking with mountains in the distance. (There were no pictures of the scenery because I was rather appalled at the entire situation, read on and you’ll understand what I mean) 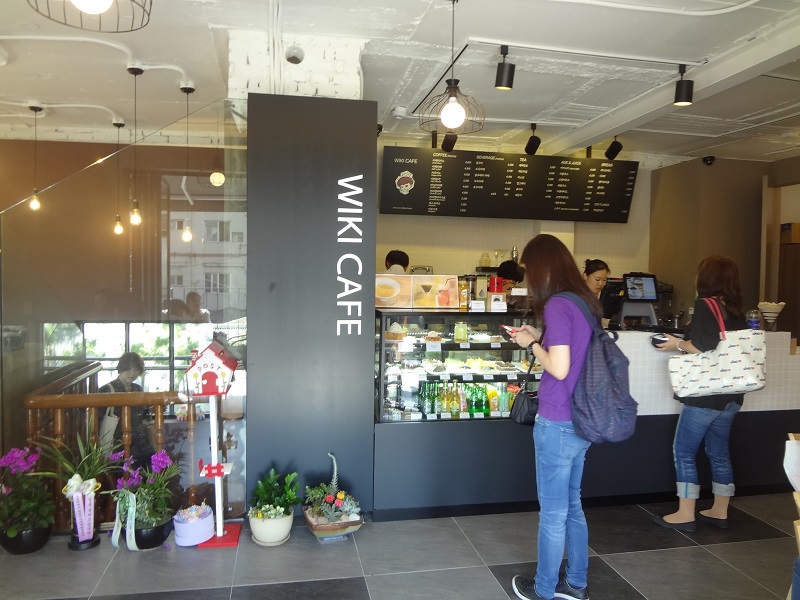 I was about to order waffles when I was told it was out of stock; and yes, it was only noon. Never mind that, I went ahead to change my order to their Honey Toast, and was told that it was out of stock too. I finally decided to get the brownie and the chocolate mousse cake instead. 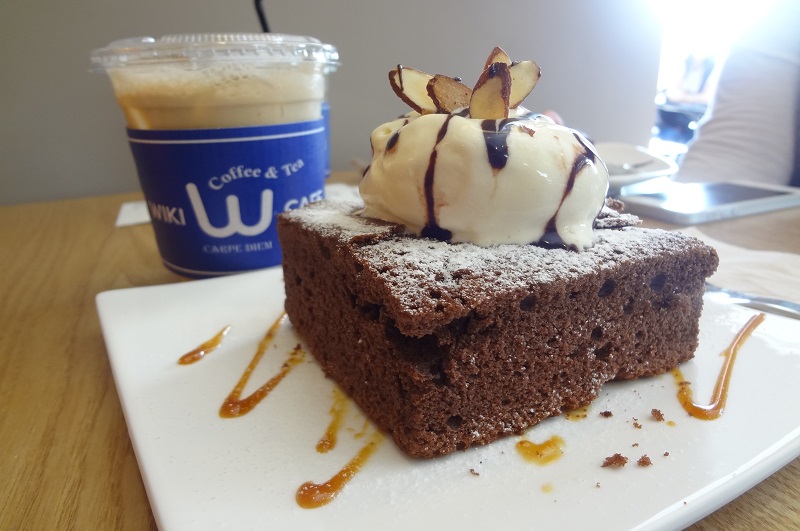 It tasted more like a chocolate cake than a brownie should taste, although the brownie did blend rather well with the vanilla ice cream. But otherwise, it was too dry on its own. 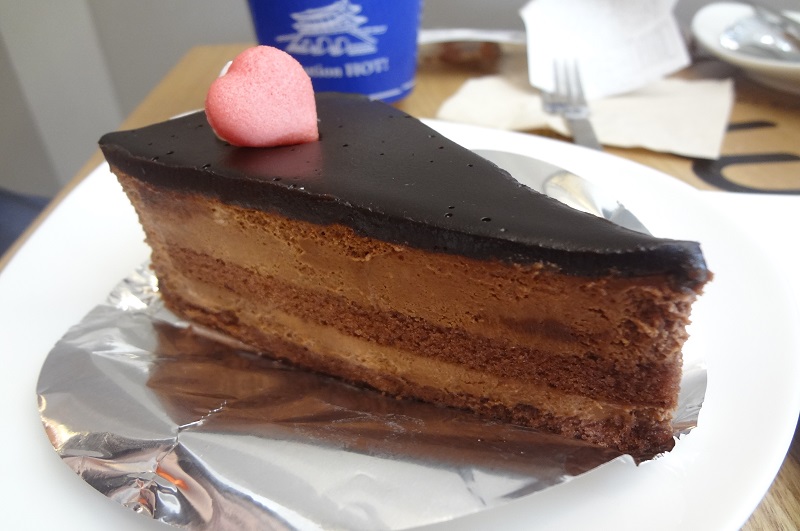 Nothing fancy, but we might add that both cakes were from another supplier and not hand made in the café itself.

Very powdery, we suggest avoiding this drink. If you’re looking for decent food, we suggesting avoiding this place or coming exceptionally early to avoid food items going out of stock within a couple of hours. 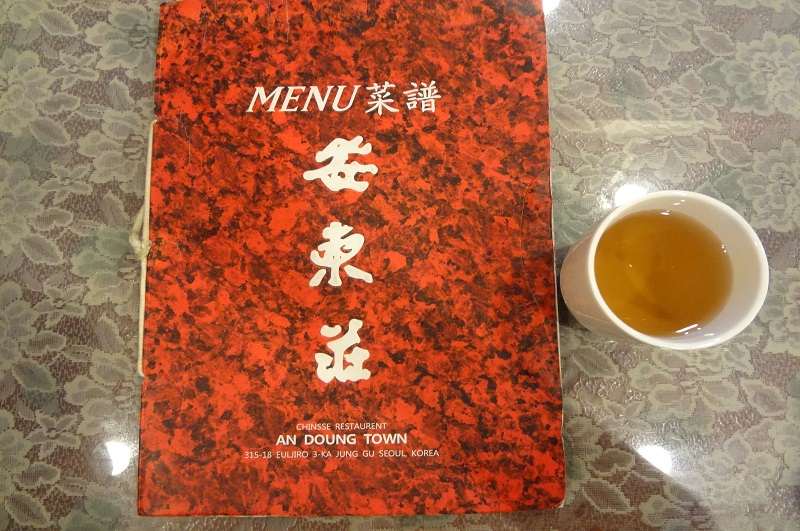 I initially thought that it was very easy to try this dish as I always see it on Korean shows; however after further research, I realised that you could only get this at Chinese-Korean restaurants. Authentic Korean restaurants would not serve this dish since it originated from China’s Shandong region.

Upon entering this particular store on a typical weekday morning, we were easily the youngest group around as the average age of the patrons were probably about 50-60 years old. We felt very out of place but we soon forgot about it when our JaJangMyeon arrived! 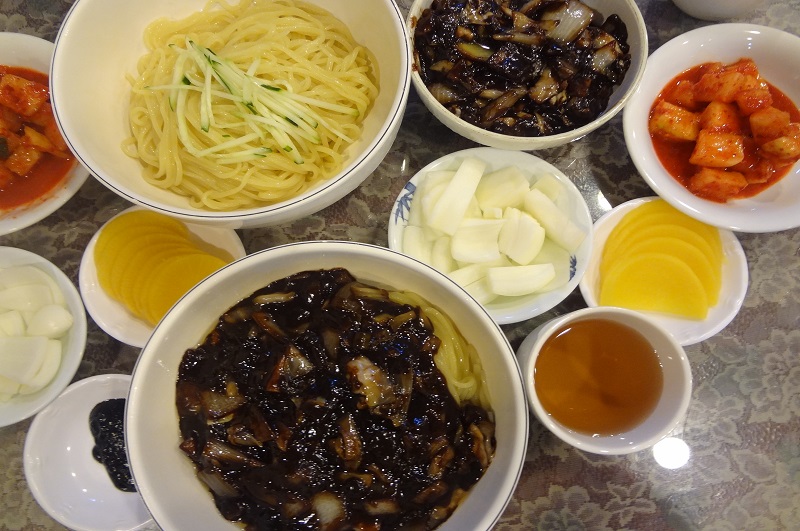 They serve this black (bean?) sauce on the side, make sure to stir it in to get the best out of the JaJangMyeon. The noodles were smooth, silky and QQ; simply put, they were really addictive! It was so good, I came back again on the last day to make sure that was my last meal in Seoul. 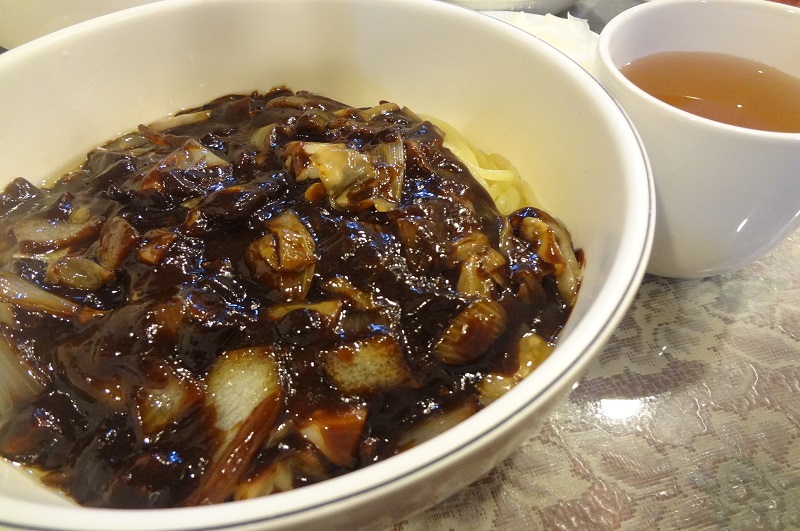