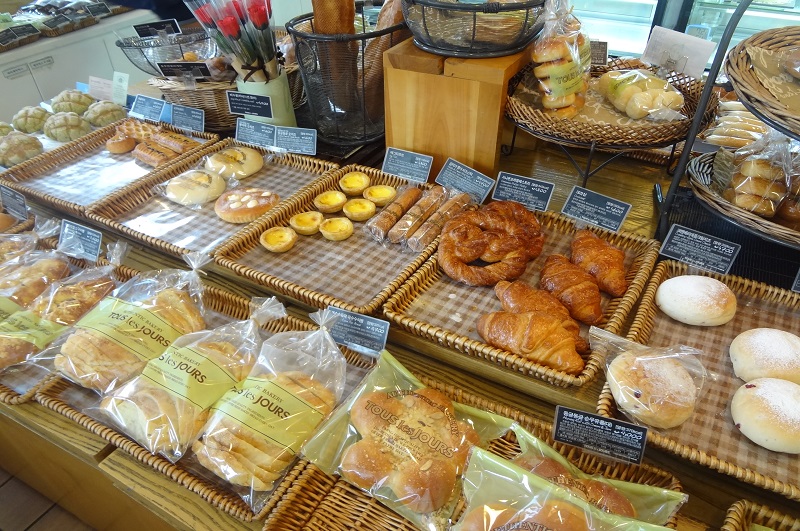 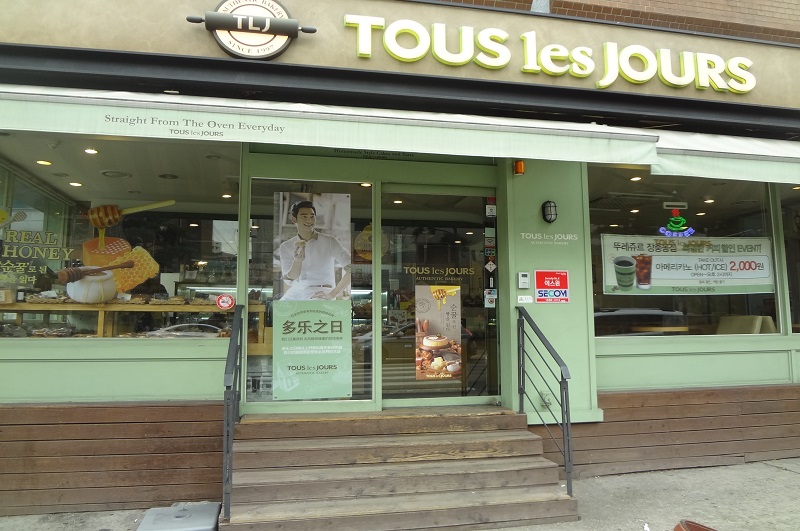 One of the many things that Seoul has in abundance is definitely its bakeries. Tous Les Jours’ concept and offerings is a little like that of Paris Baguette and both can be found easily along the streets. For all you Super Junior fans out there, it is said that one of the branches is owned by one of the members’ mum so that branch is always packed! (Sorry no idea which one exactly)

Walking into the bakery café (just a couple of minutes’ walk away from Summit Hotel), I was immediately greeted by the scent of the many pastries and breads that Tous Les Jours offers – it is basically impossible to walk in and walk out without being tempted to buy something. I had the potato cheese and ham bread and the caramel croissant. Both did not fail to disappoint! I highly recommend the potato cheese bread as it’s so soft and all the components just blended very well with each other.

It is regrettable I am not able to buy some more of their breads before leaving for Singapore! 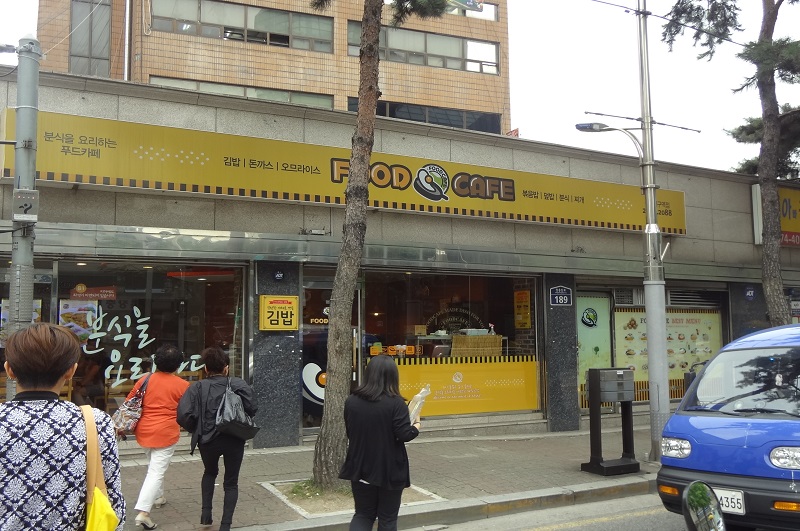 One of the few restaurants around Summit Hotel that had English words in their menu so I could understand what I was ordering, I ordered the pork cutlet omelette rice. The rice in the omelette was kind of reddish so I was guessing it was tomato rice which was a pleasant surprise! The portions were all huge for a decent price, not to mention free flow of appetisers (which was probably the reason why none of us could finish our food)! 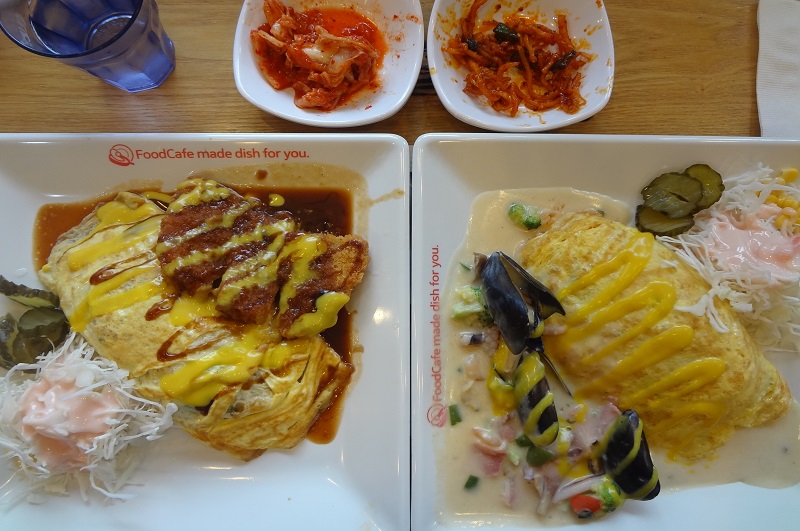 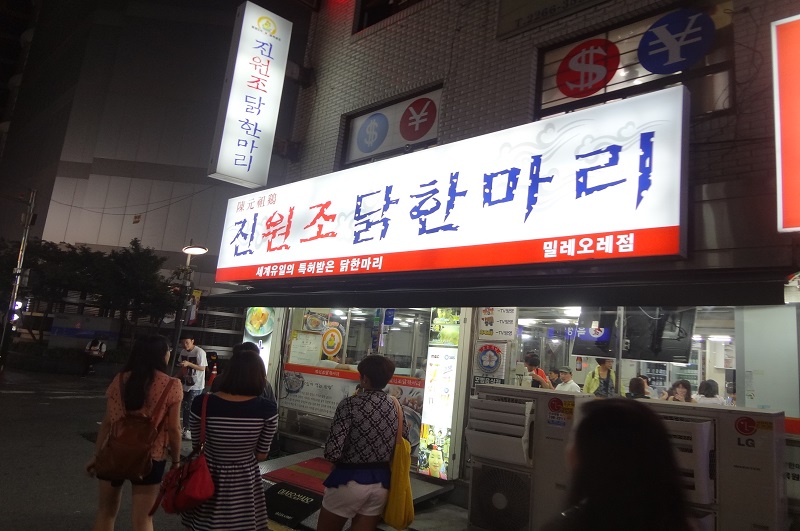 We saw a picture of chicken in a soup and we all walked into the restaurant expecting some good ginseng chicken… Oh how wrong we were! It was only after some research and digging did I realise that it was Dakhanmari which is a dish made by boiling the chicken without seasoning; which explains why it was way too plain for my taste buds. 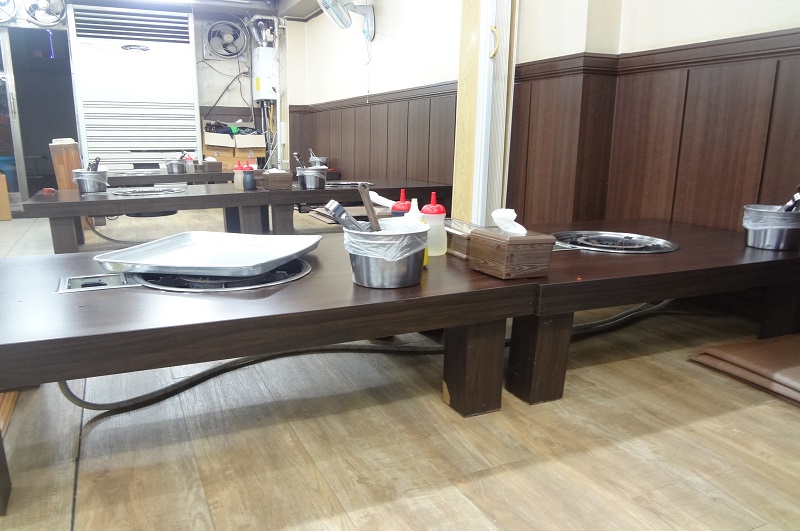 There were 8 of us, 4 of which liked how light it tasted, the other 4 of us (me included) heavily seasoned our soup with the chilli and garlic provided. This dish might be a little too local for Singaporeans like me who is used to heavily seasoned food? 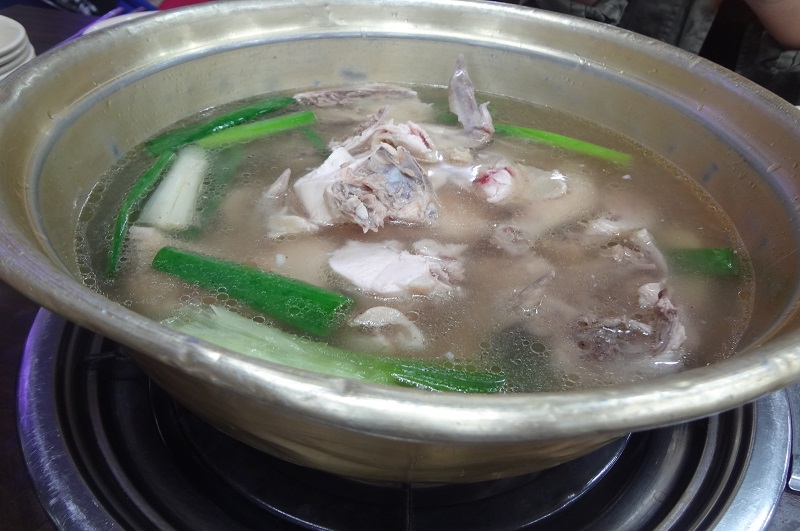 One thing for sure, you’ll definitely walk out of the restaurant smelling like chicken!