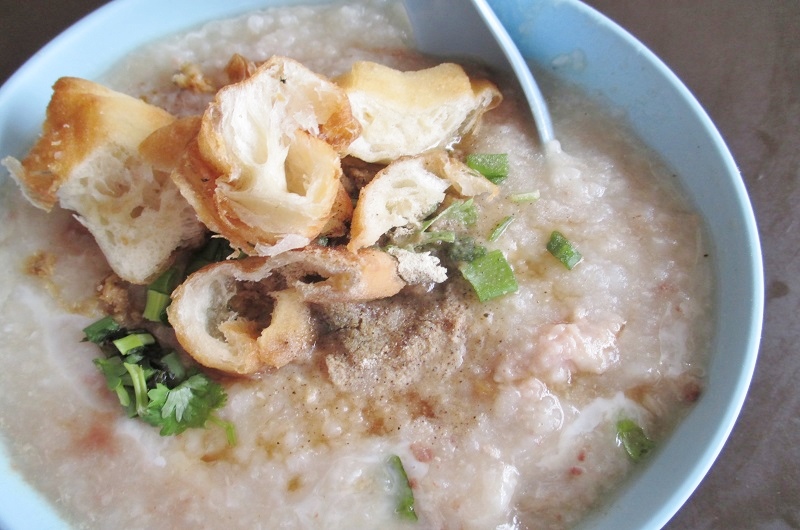 Soon Lee sells pork porridge, fish porridge and chicken porridge from a stall at the Clementi Food Centre; the traditional Hainanese porridge was cooked individually over the stoves only after placing the order, of course, patience is vital during peak hours – to get your bowl of porridge, the waiting time could be long. 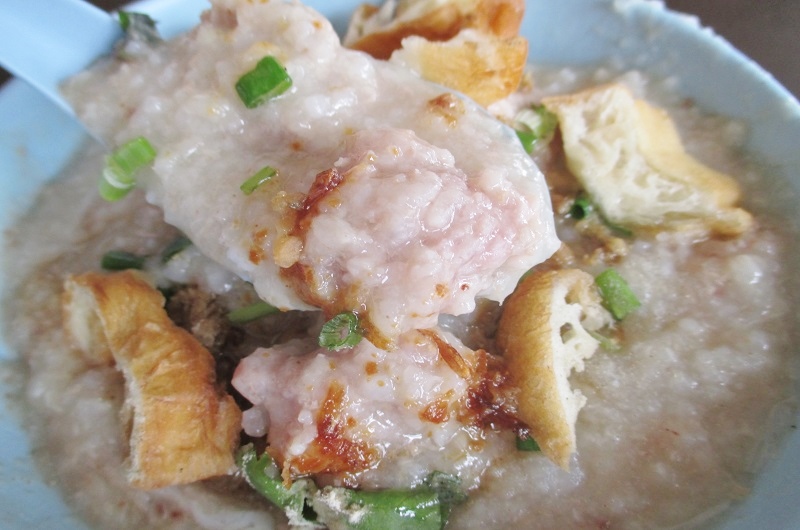 We ordered the Soon Lee pork porridge with an additional egg for $3, the porridge was not watery but thick and grainy, there were pork slices, liver, meat ball and you tiao, a sprinkling of white pepper and spring onion as garnishing. The porridge was very well seasoned to transform the bowl of plain porridge into a spectacular savory porridge. 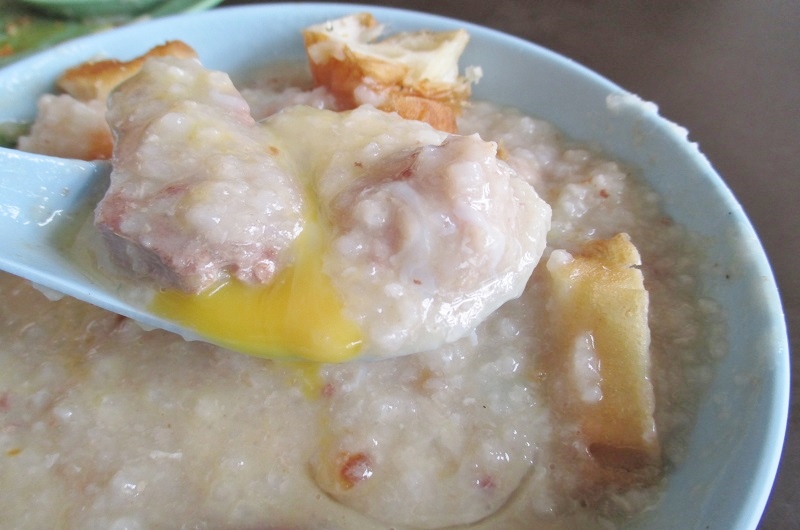 Honestly speaking, it is quite a challenge to differentiate between Cantonese Congee and Hainanese porridge; both have similar ingredients and cooking styles, and perhaps even similar taste as well. Maybe over the years, the two styles could have been influenced by each other and evolved to where they are today, very much blurring the line between the two.

Anyway, if you are hankering for something light but flavourful, Soon Lee Porridge will not fail you. 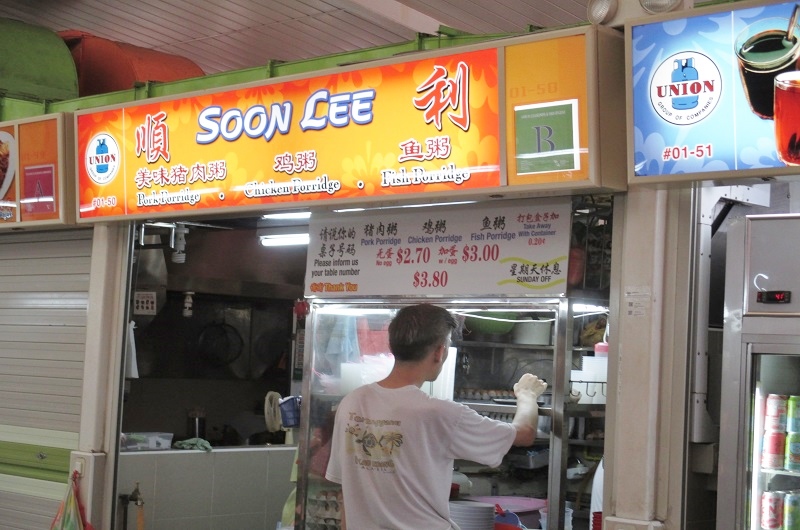