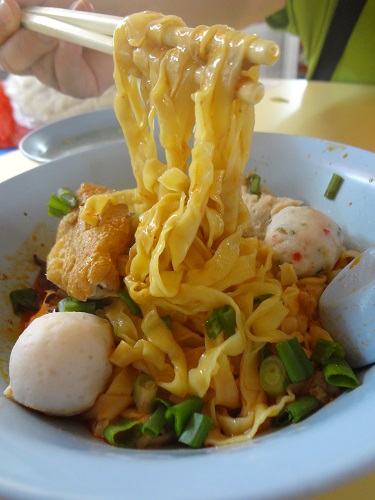 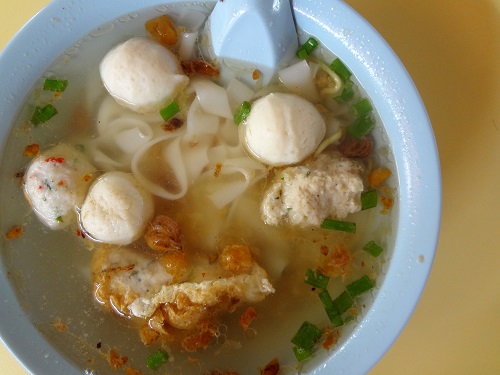 Toa Payoh Lorong 5 food centre is somehow a night market with few stalls in operation during the morning or lunch hours. Song Kee Kway Teow Noodle soup is one of the very few that started early for the business. We have heard about the stall for its famous Kway Teow soup and finally we got the opportunity to validate the statement.

We ordered the Kway Teow soup and the mee pok dried with chili. 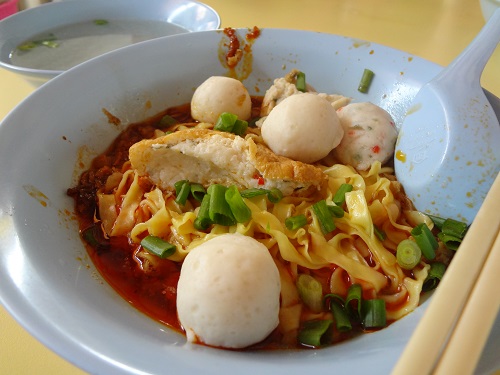 The mee pok was obviously overcooked; the dull looking noodle was the sign of sogginess and that is confirmed when you have the first bite. One can differentiate a well done good mee pok with the poorly prepared noodles by judging from the appearance. Noodles if cooked to perfection usually have the glistening look while retaining the original yellowish colour tone of the noodles. However, overcooked noodles in the way tend to absorb too much of the water and expands in size, resulting in the dilution of the colour and softened texture, making the noodles dull and soggy.

Song Kee fishball mee pok was obviously not able to master the control over the noodles yet. The fragrance was acceptable with the generous amount of the pork lard. Seasoning sauce may not be too inspiring and overall nothing too excited to talk about. 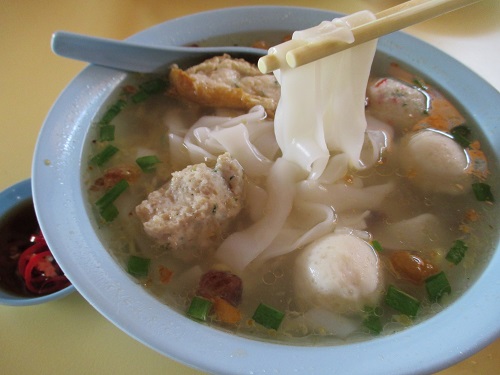 This was the real star of the stall, you can feel the sweetness and fragrance of the soup in the bowl, the clear and well seasoned soup with the kway teow was a thumbs up. At least the trip here was not a waste with some satisfaction of this tastefully prepared Kway Teow soup. 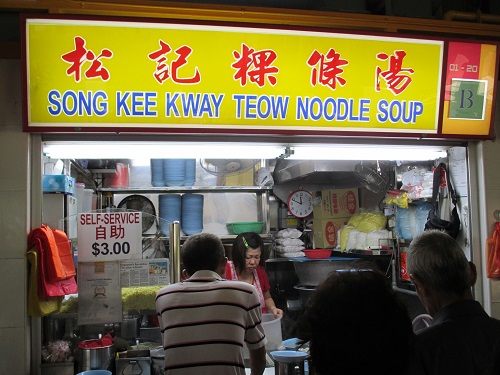