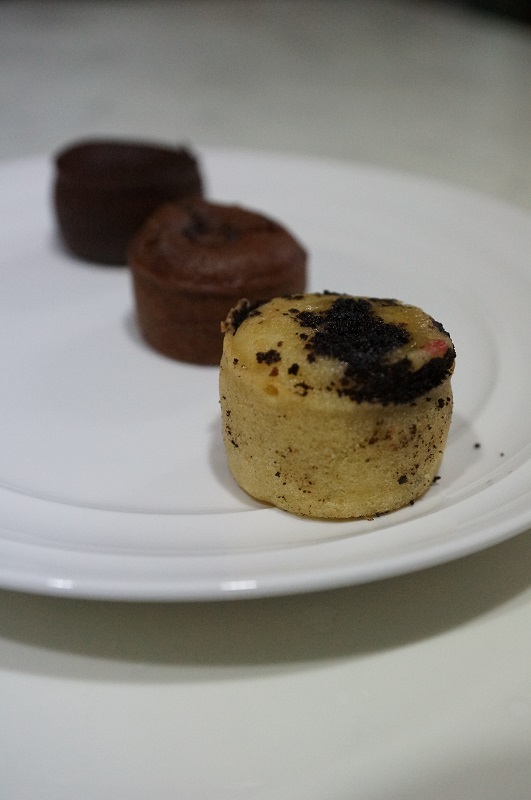 There are plenty of lava cakes around, but what makes Smoulder different is that the lava cakes have tons of unique flavours… and they are bite sized! The lava cakes are also said to be made using premium ingredients like fresh fruits and Belgian chocolate. (Guess that probably justifies the pricing?) Being huge chocolate lovers, the glutton family decide to settle for 3 of their chocolate related flavours: White Chocolate Cookies and Cream, Milk Chocolate Banana, and their Signature Dark Chocolate. 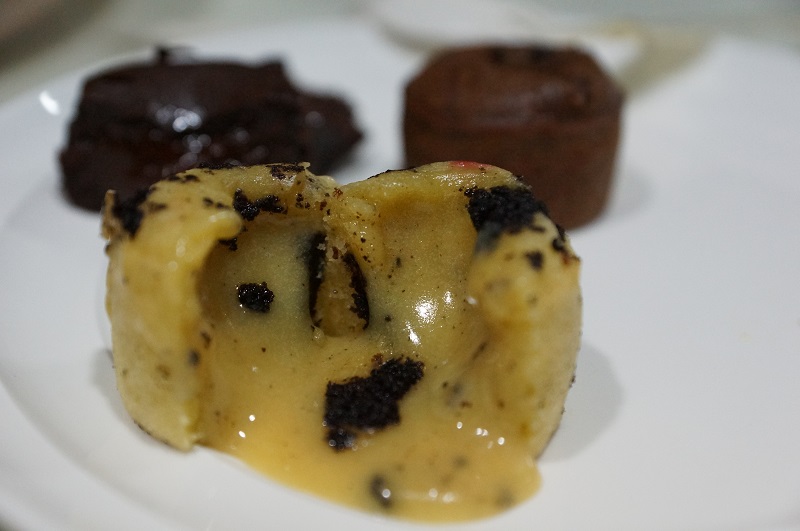 The filling tasted a little like carnation milk, with bits of Oreo scattered all around. It’s basically just sweet and sweet, probably a hit with the kids since my little brother liked this one! The cake on its own tasted a little like butter cake, and for whatever reason, this core overflowed the most. The thing about the mini soft core cakes are that because the soft core takes up a huge part of the cake, the actual cake layer is very thin. As a result, the outer core actually gets a little too hard; it doesn’t have the normal cake texture at all. 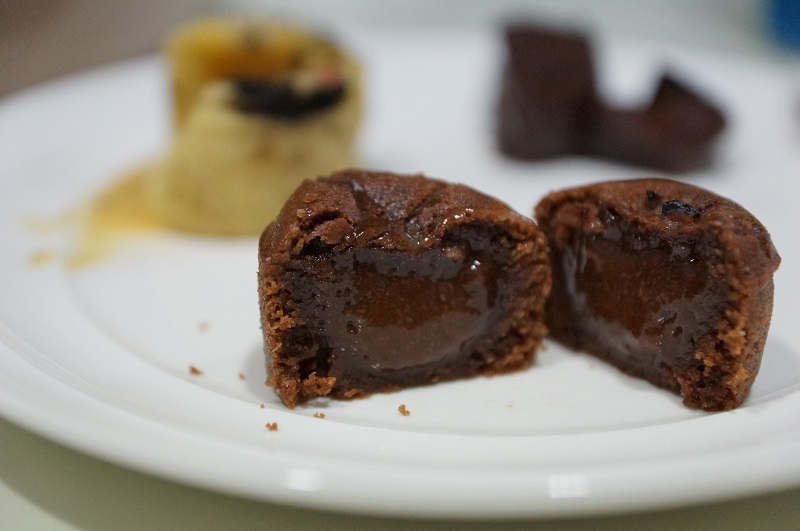 This is a new flavour, so we thought we should try it. The filling just like the name has got a fragrant banana flavour to it; and it goes very well with the chocolate! (it’s no wonder why banana splits have chocolate ice cream in it) Like the previous lava cake, the outer layer was rather hard too. 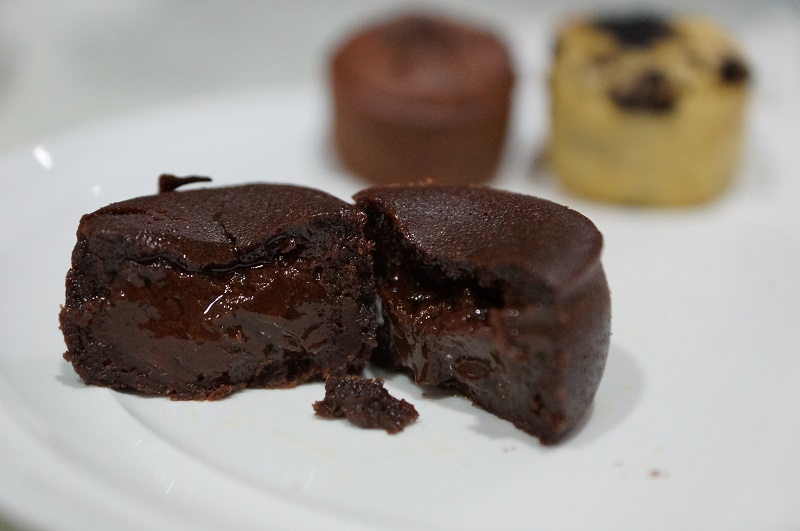 By far the best amongst the 3, it’s no wonder why this is their signature. Although it’s dark chocolate, it has only 50% cocoa so it wasn’t very bitter; which we are thankful for. The chocolate filling was also rather rich, we loved it! Any more cocoa might be too bitter and any less might be too sweet. This was just the right blend. The outer layer of the cake was the softest compared to the previous two, not sure if it’s because we’re lucky or it’s the same for the rest of their Signature Dark Chocolate. 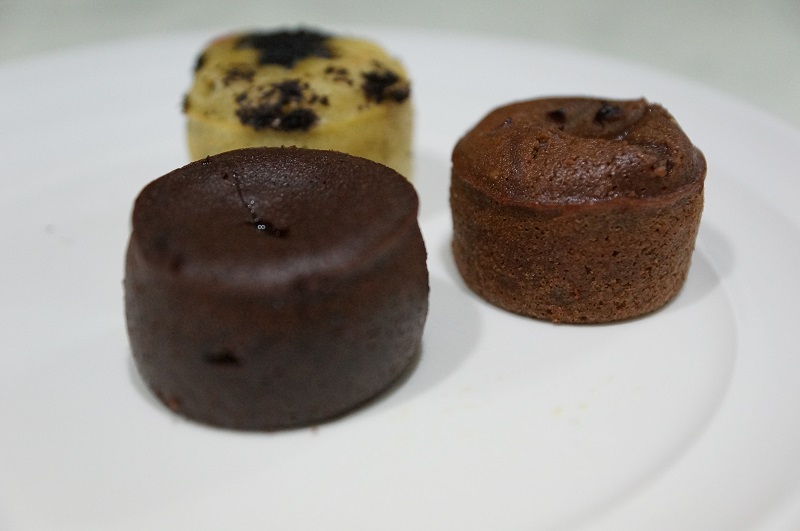 Overall, we’d say that this would be something nice to munch on if you happen to be in the area, but not exactly worth it to go down specially to get it. And while the cakes were bite sized to make you feel less guilty, the amount of oil used to make the soft core cakes was shocking! We all thought it was way oilier than normal lava cakes. But if you really do want to try, stick to the safe choice (Signature Dark Chocolate).

Operating Hours: Mon-Fri, 11am to 8pm Closed on Saturdays, Sundays and Public Holidays