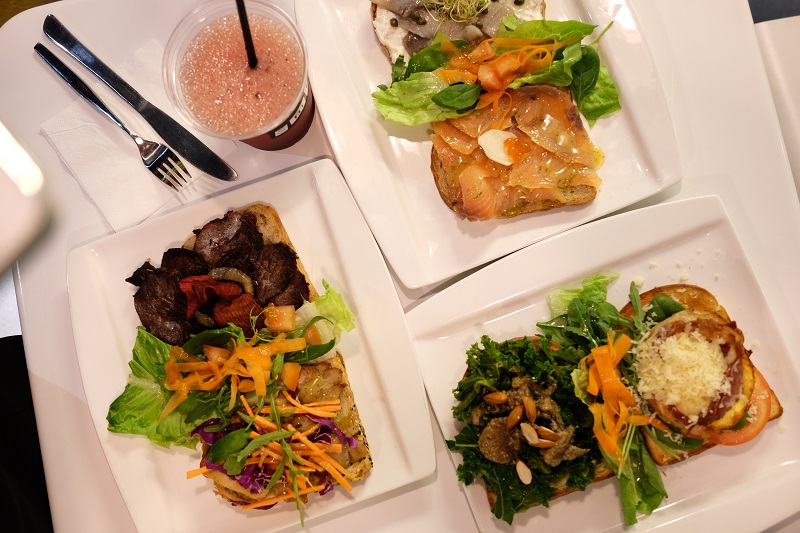 SMOR at One Raffles Place Singapore

So far, we’ve yet to review many Scandinavian food establishments, the ones that come to my mind right now are IKEA’s restaurant and Fika Café. And both of them serve relatively heavy items, so what happens when you’re looking for a light Scandinavian fix? 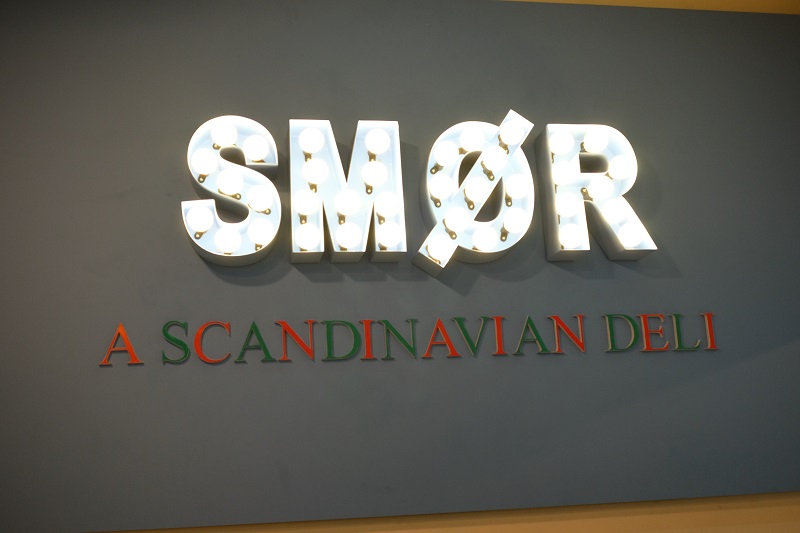 Smor is the first Deli in Singapore that specialises in healthy and light Scandinavian open-faced sandwiches. This idea came about when identical twins Traveen and Tarun Gulrajani went on a three month tour to 12 Scandinavian cities. It was during this extensive long trip were they intrigued by the concept of Smørrebrød (it translates to mean butter and bread) and fell in love with how it tastes. Amazed by how the Smørrebrød not only looks good but tastes even better with the use of quality ingredients, they decided to bring this concept back into Singapore. 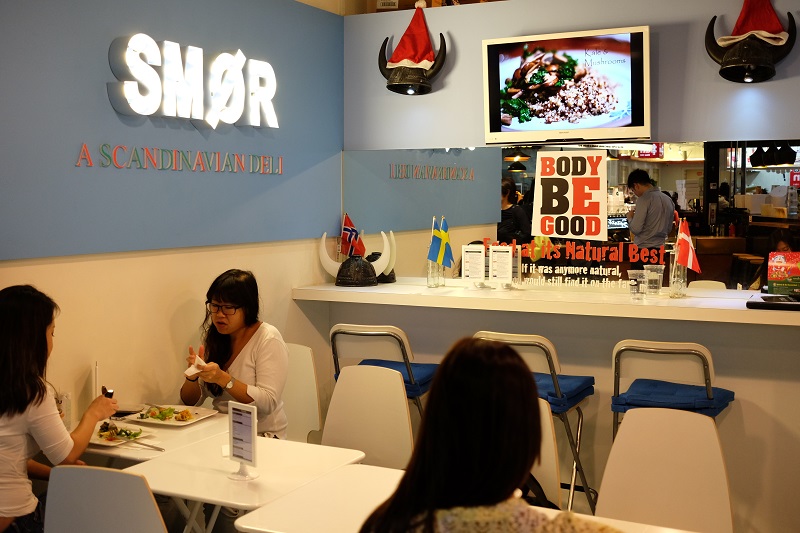 For the sandwiches, you get to choose from different types of breads like Brioche (soft, fluffy and really light, it easily absorbs the juices/sauces from the toppings), Multigrain (if you intend to opt for the healthier option), Chia Seeds, Rye (slightly healthier than plain bread, but the one that we had on that day was very tough – probably over toasted). 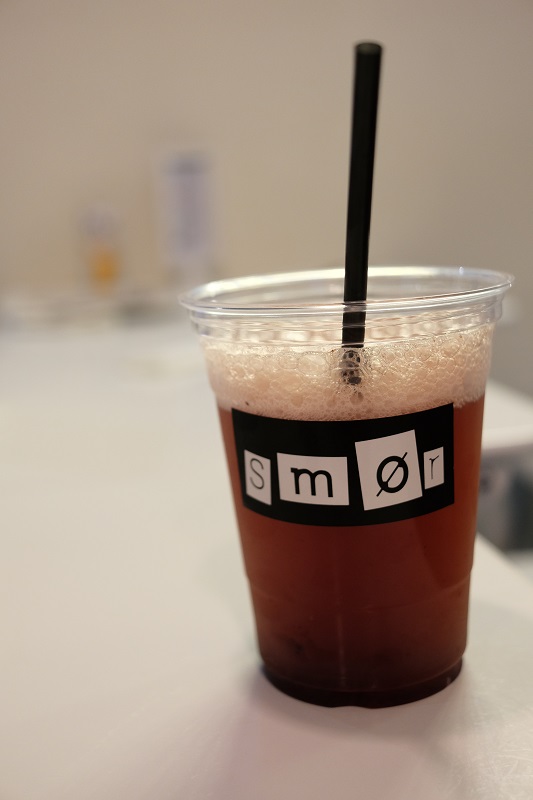 An interesting drink unlike most that tastes a little like grapefruit, it is bittersweet and weirdly addictive and appetising. 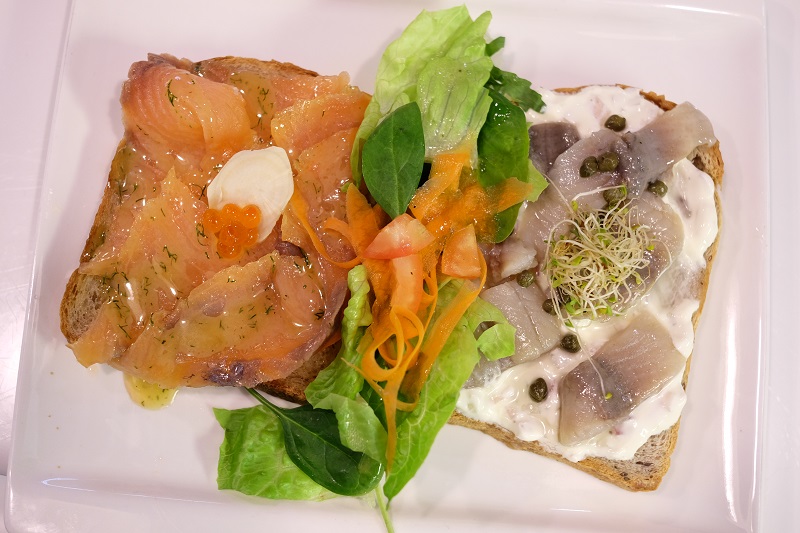 Served with horseradish, dill and parsley topped with salmon roe and drizzled with mustard; the salmon was fresh and the mustard gave it the extra kick!

Fun fact: Herrings are known for its relatively high content of Vitamin D. If that’s not good enough a reason for you to try this dish, the Herring was soaked in vinegar, resting on a thick layer of tangy sour cream – it definitely tingled our taste buds. Another fun fact, the Herrings sandwich used to be a limited edition item till many customers came coming back to ask for it, so now it’s a permanent fixture on the menu. 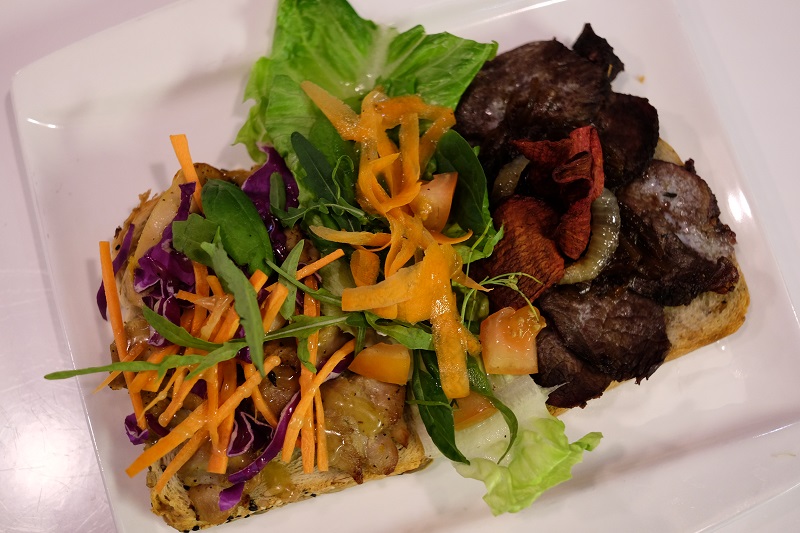 Infused with citrus juice, the chicken was relatively tender. While you can’t go wrong with this dish, the Finnish Chicken somehow need a little more zest to wow us. 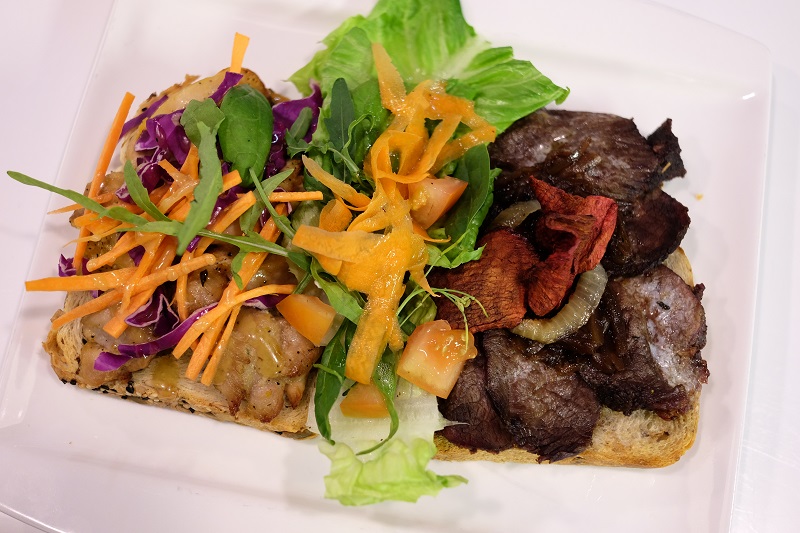 Word of advice: Attack the beetroot chips before they turn soggy! That was easily the best part of the dish as the Beef Sirloin was overdone and tough; the meat really gave our mouth muscles some work. We’ve suggested to the owner to ask the customers how well they want their beef to be done, maybe you can do the same. 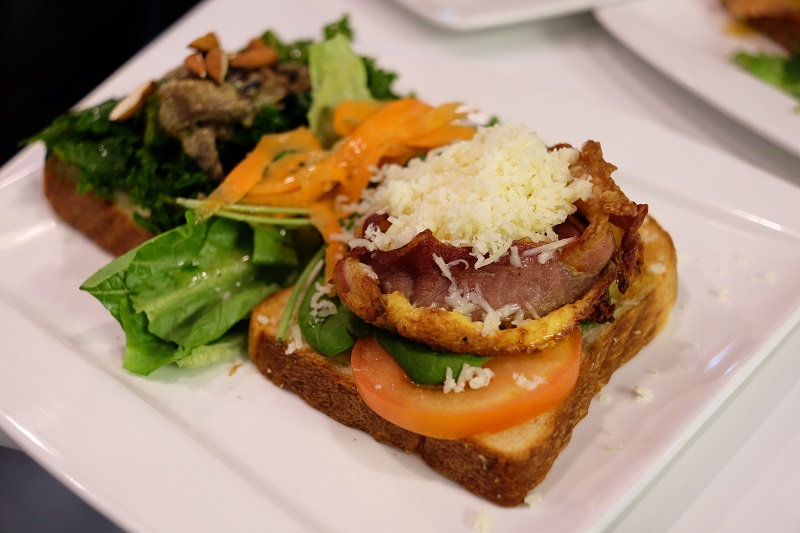 As the saying goes, you can’t go wrong with Bacon. With scrambled eggs, plentiful amount of parmesan cheese on top of fresh tomatoes and spinach leaves, we reckon that this is the perfect breakfast item with all that you need on a slice of bread. 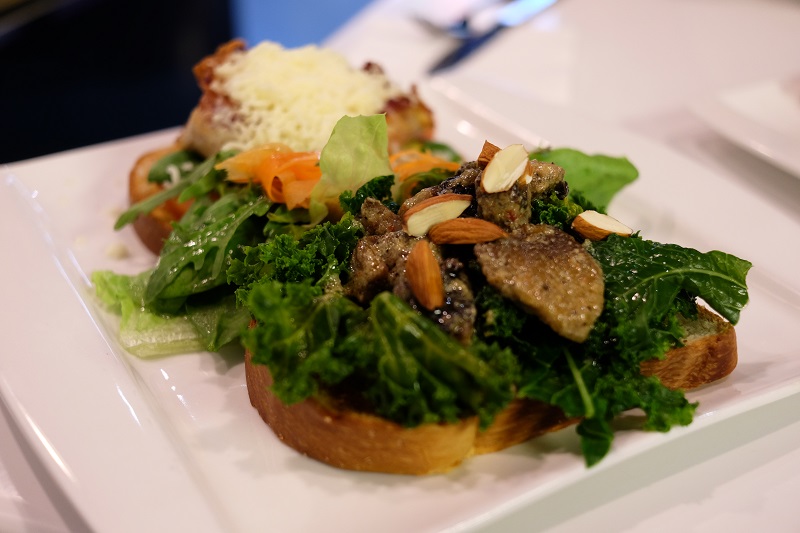 A vegetarian option, the sandwich consisted of basically the 2 ingredients mentioned earlier. The mushrooms were juicy and had a bit of the spicy kick to it as there was a generous portion of spicy olive oil with melted provolone cheese.

At SMOR, sandwiches can be customised to your liking. Available for Breakfast, Lunch and Dinner on the weekdays, you get to have a choice of a light meal which consists of one open faced sandwich at $6.90, a regular meal for two sandwiches at $12.90 or a Viking meal for three sandwiches at $17.90. All sets come with a portion of salad.

We think this is the place to go if you’re looking for a guilt-free meal and are prepared to Instagram your eats. With fresh produce used and all sandwiches made upon order, meals like these are hard to come by!

Thanks SMOR for the meal vouchers!

SMOR at One Raffles Place Singapore

Others: For delivery and other enquiries, call 9430 1500 or email scantosing@gmail.com.