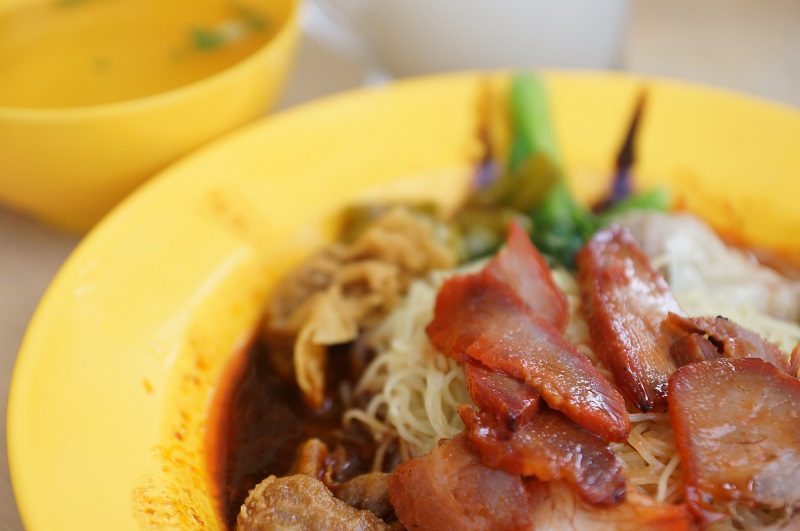 Not the traditional chili or tomato-based wanton mee, this is a dark sauce-based wanton mee prepared by a Taiwanese lady. Having settled down in Singapore for years, she decided to put her own twist on this local favorite – and that’s how Sin Hoe Hin Rowell Road Dark Sauce Style Wanton Mee was born. Located in a coffee shop at the junction of Simon Road and Serangoon Road, Zhuang Yuan Eatery was built in 1936, a pre-war and relatively rundown coffee shop that used to house the famous fried oyster omelette. 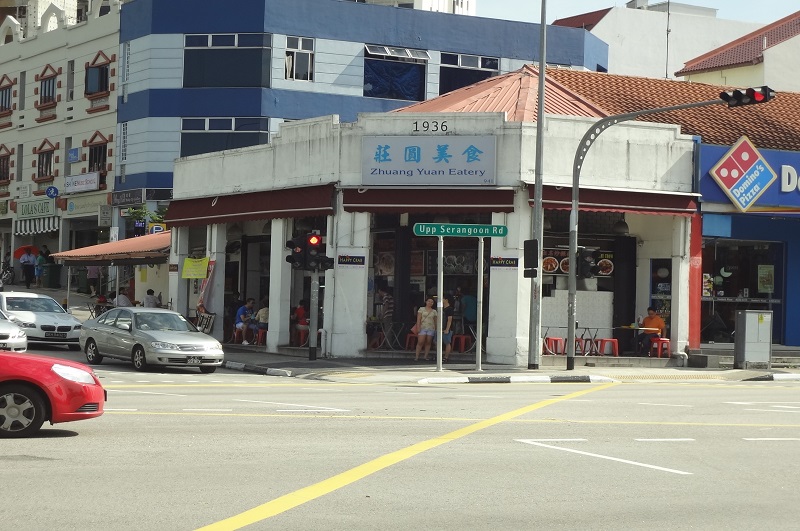 Having been turned off by nearby Lola Cafe’s long waiting time, we were at a loss on where to go next – till my wife thought of this spot. So how did it fare? 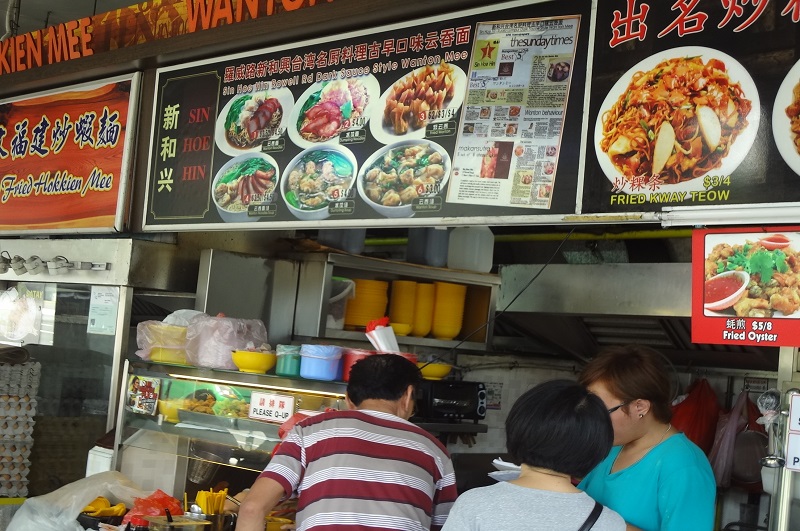 Honestly speaking, the Glutton Family is not a fan of dark sauce KL style wanton mee, so we only ordered one plate to share at first.

We had our reservations when the plate was served – used to the chili sauce and savoriness of our usual favorite style of wanton mee, we thought that it would be too sweet for our palates.

But then my two teens tucked into the dish, and didn’t stop eating. “I think we can order some more.” Seems like it got their stamp of approval! 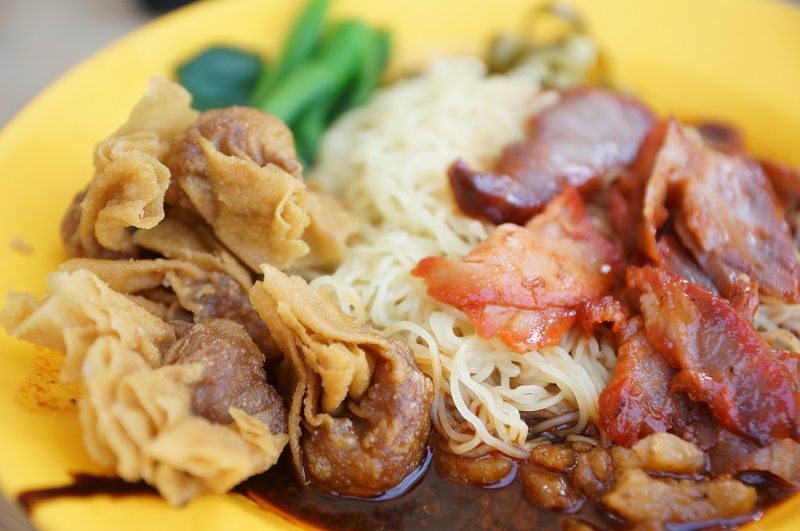 The texture of the noodle was just right – neither too soggy nor too hard, the plate of wanton mee was also served with char siew, vegetables, fried dumplings and a bowl of shrimp dumpling soup. The sauce was also surprisingly fragrant and delightful, completely changing our perceptions of dark sauce wanton mee. The toppings were well done as well: tender and well-seasoned char siew, alongside crispy and flavourful wantons. The bowl of shrimp dumpling soup was equally impressive, packed with sweetness and was really appetizing. 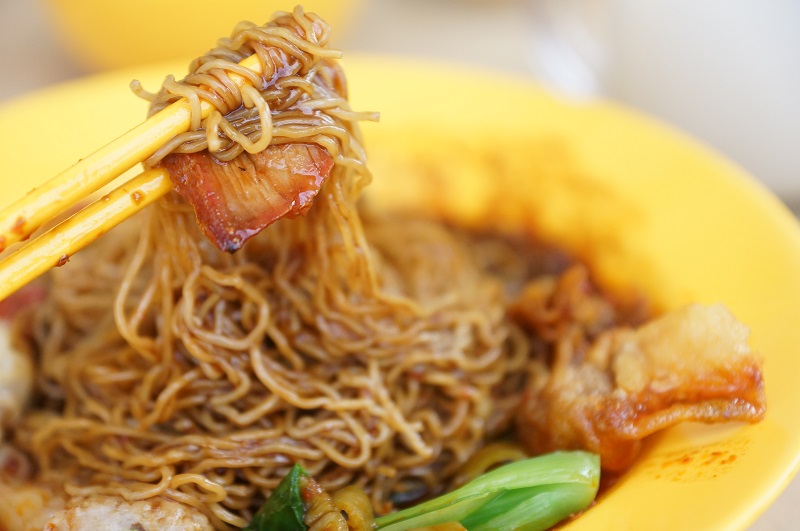 Overall, Sin Hoe Hin wanton mee was sumptuous and highly enjoyable, even more impressive that it was prepared by a non-local who managed to bring such a nostalgic dish to an even higher level. Consider ourselves humbled – and new converts to dark sauce wanton mee!