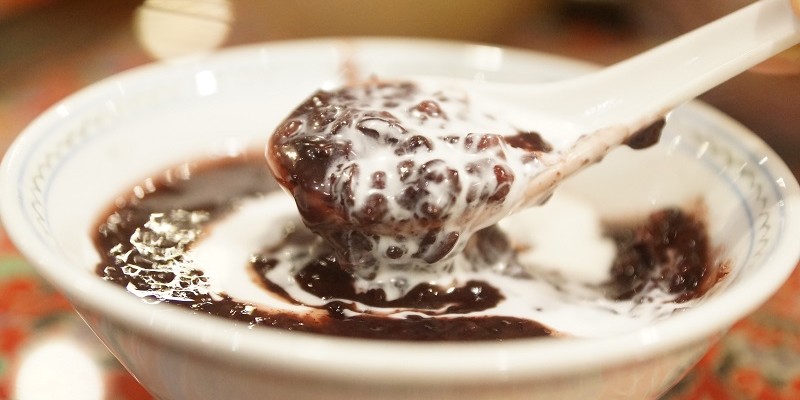 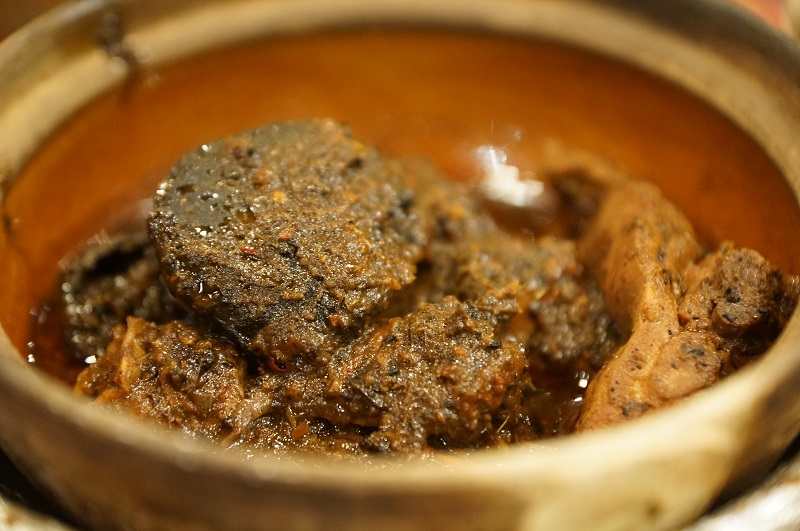 We were starving after attending a concert at the Esplanade, which led us to this Nyonya restaurant located in the building. We are fond of Peranakan food, largely influenced by my parents-in-law’s Baba heritage. We were there around 9pm, close to their closing time at 9.30pm. Fortunately, they didn’t turn us away and served us, appeasing our ravenous tummies.

Simple but elegant interior design created a pleasing dining ambience that evoked traditional Peranakan culture: from the baba traditional kitchen utensils at the main entrance, to finer details like the table cloth, as well as Peranakan nuptial decorations were prominently displayed around the restaurant. We ordered the set menu that consisted of Ayam Buah Keluak, Nyonya chap chye, Otah Otah, Bakwang Kepiting soup and a dessert of the day. We also ordered an additional Ngoh Hiang which is one of our favorites. 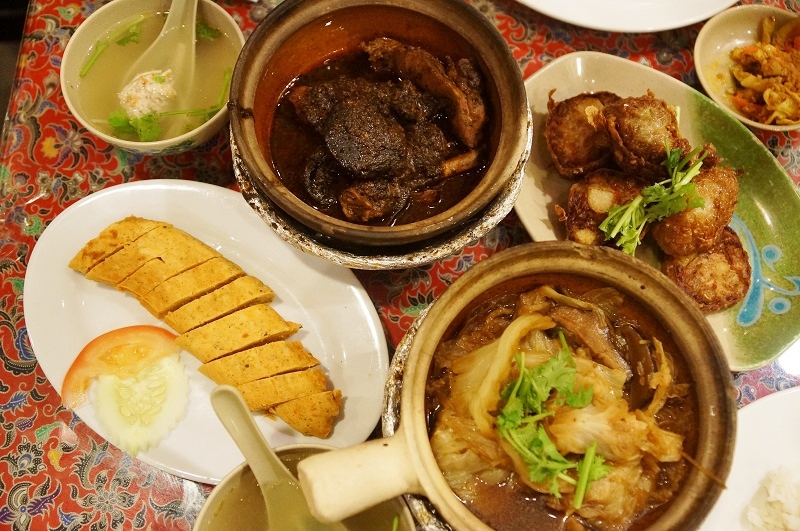 Served in a claypot, the gravy had an authentic Ayam Buah Keluak taste, with the right spices and the ever-important extract of Buah Keluak added. The slight bitterness somehow helped to give the gravy an extra aroma and the result was a delicious dish that was truly enticing to our taste buds. The only drawback was the chicken or Ayam, which somehow lacked the tenderness and juiciness that Pow Sing Restaurant at Serangoon pulled off; the latter is far superior when it comes to the quality of the chicken. However, we prefer Simply Peranakan’s seasoning and its flavorful gravy, it would be nice if we could have the best of both! 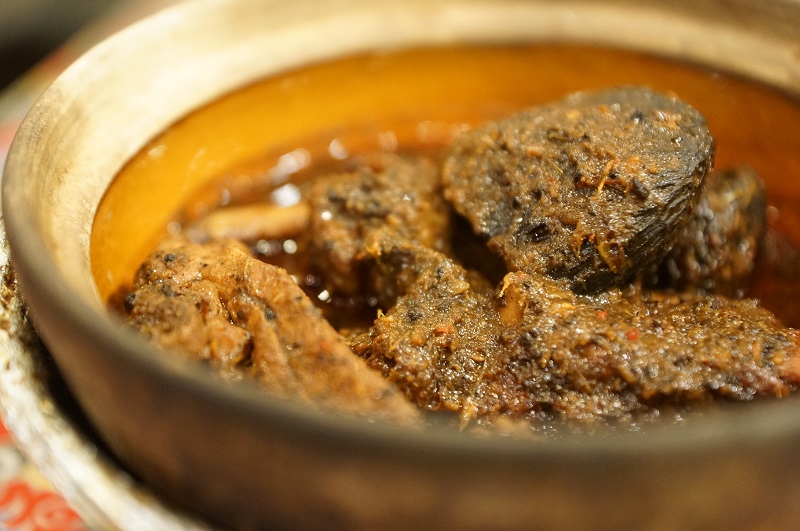 Served in the claypot, the cabbage could be better if it was softer and not so chunky in size. Seasoning was a little mild and the dish was not too appealing at first glance, we think it could improve the dish if vermicelli, sliced dried beancurd and ‘dried golden needle’ could be included, it would enhance the presentation and make it more enticing to customers. 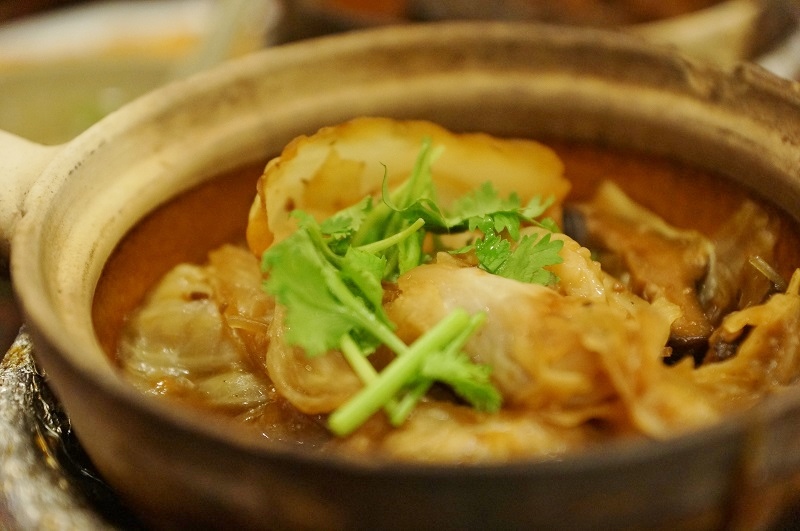 The texture was a surprise – instead of being soft and moist, it had the consistency of fish cake but without the springiness. It’s definitely unique, but could be disappointing if you’re expecting the traditional soft texture of the otah. Taste wise was not too spectacular. 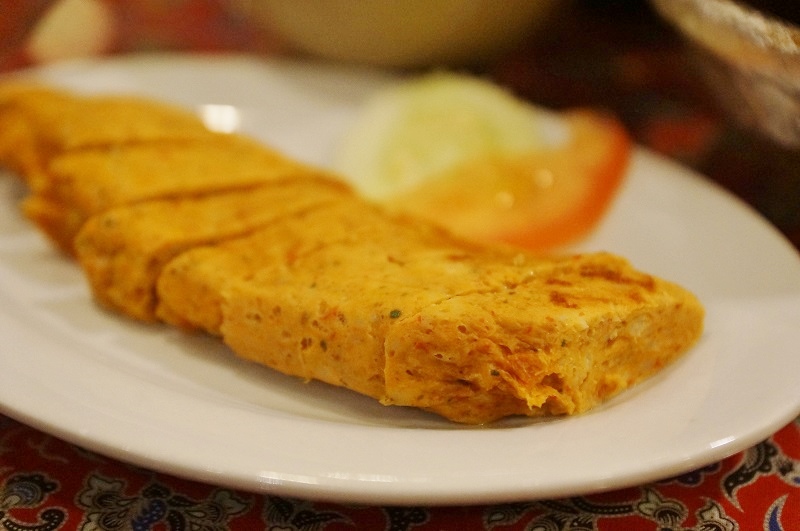 An a la Carte order on top of the set menu. A big chunk of water chestnut can be seen embedded in the wrap. Overall, wasn’t the best we’ve had –  the seasoning and ingredients need to be enhanced to make the Ngoh Hiang more flavorful and tasty. 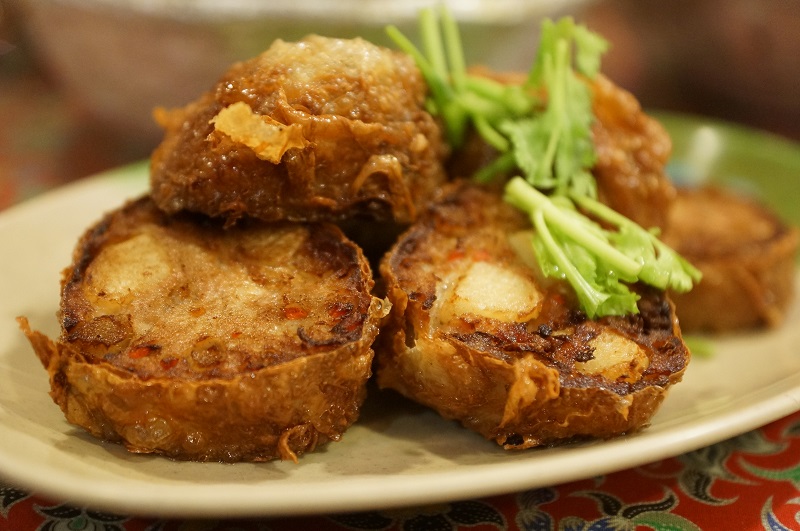 A wholesome, hearty, homey yet appetizing Peranakan soup, Just like Ayam Buah Keluak and Nyonya Chay Chye, Bakwang Kepiting is another Nyonya dish that can be found on the dining table regularly, the crab and pork ball soup was simple but surprisingly delicious, the meat ball was tender and savory, a nice accompaniment for the dish. 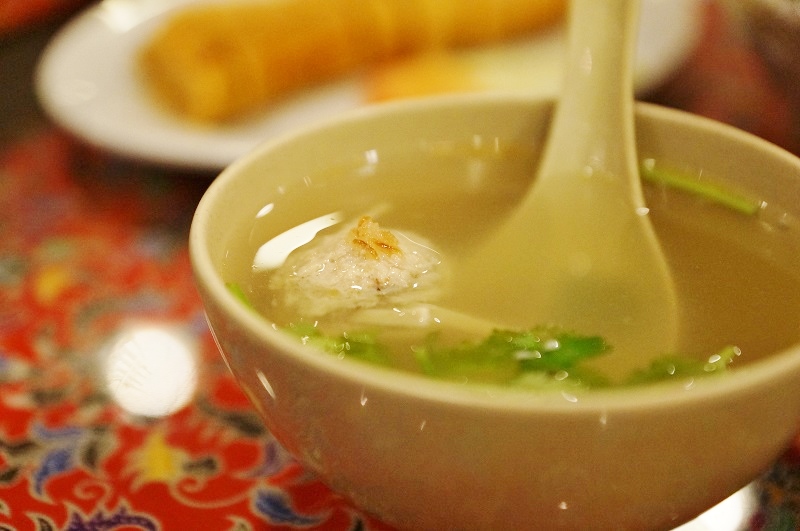 The dessert of the day – Pulut Hitam, the black glutinous rice, was well cooked but could be a little too starchy in texture;  however, it was still a pleasant dessert to finish off our meal on a sweet note. 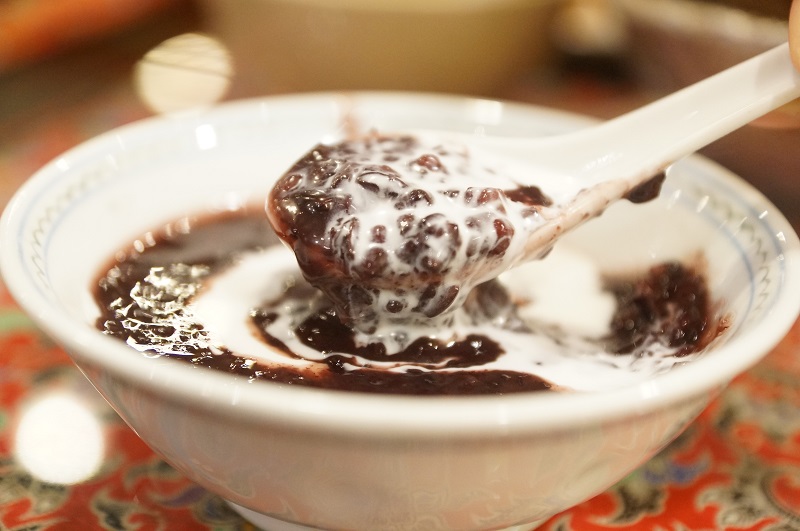 The appetizer – Achar – definitely deserves a mention, as the preserved vegetable appetizer was remarkably savory with a nice medley of sweet and sour tastes with a kick of mild spiciness. 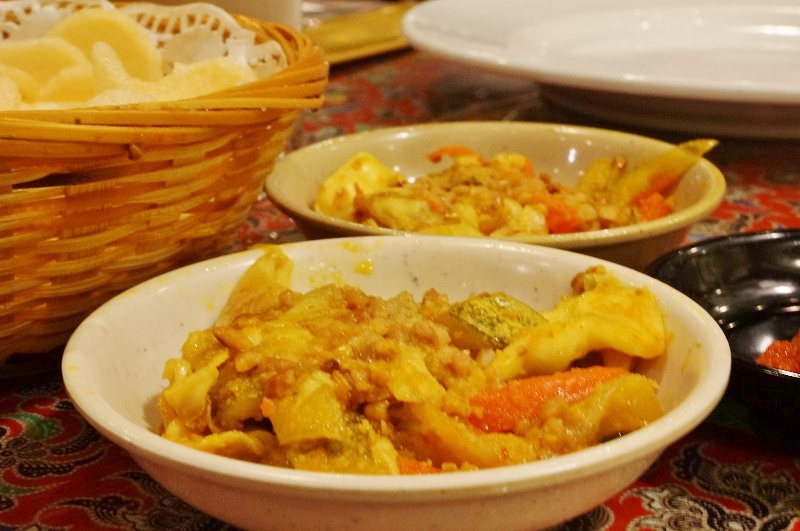 Overall, Simply Peranakan serves up simple authentic Nyonya delicacies for those would like to have a taste of straits Singapore fare. Honestly speaking, there is nothing too fanciful about the food – we wouldn’t go out of our way to return – but it’s a great pit stop for those who are looking out for a simple, homey rendition of Nonya food. 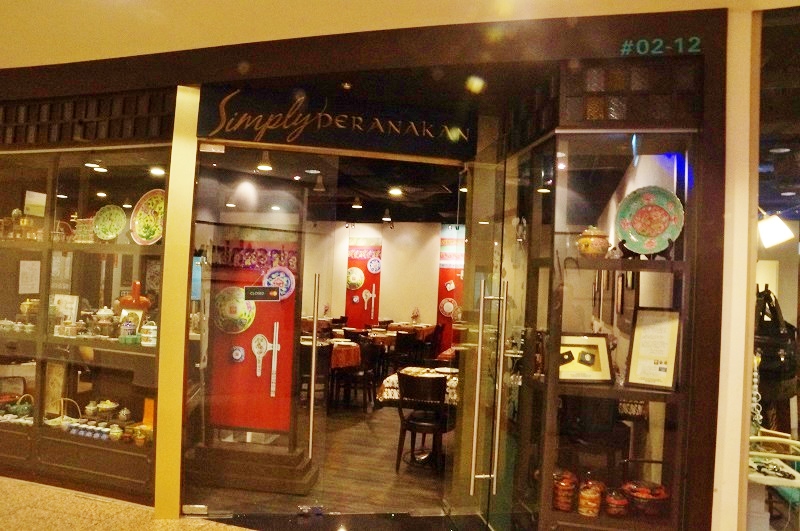