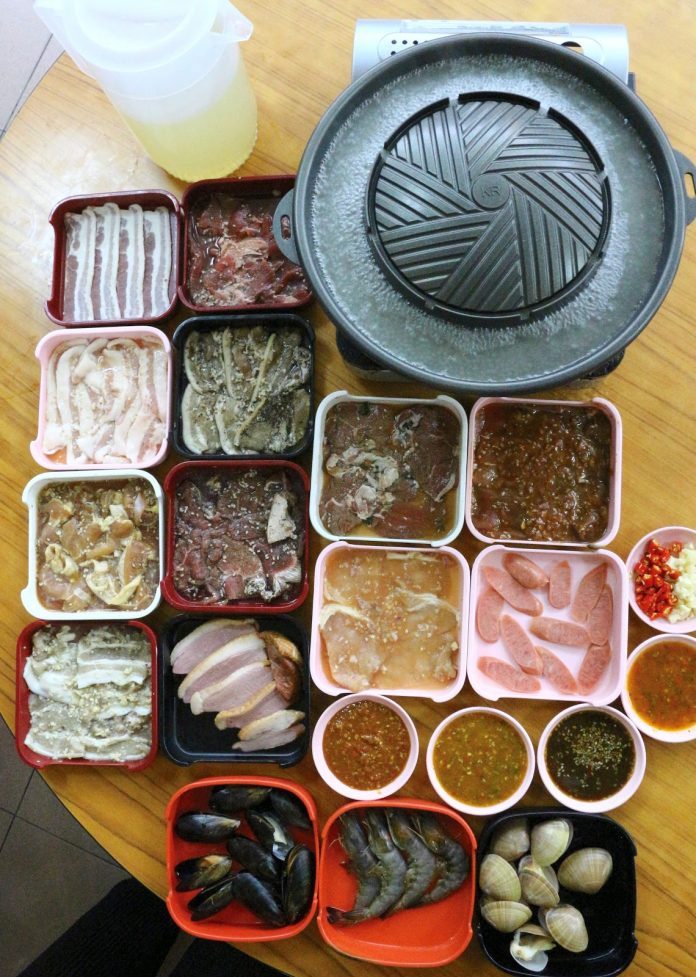 Originating from Northern Thailand, Mookata loosely translates to ‘Thai Pork Skillet’. Evident from the name, Mookata’s concept is simply the BBQ-ing of a variety of marinated meats on top of a skillet and it has been gained much popularity over the past few years. The “moat” of soup surrounding the skillet can also be used to cook your food steamboat style, so you basically get the best of both worlds!

Considered one of the pioneers of Thai Style BBQ/ Steamboat in Singapore, Siam Square Mookata has since expanded to 9 outlets island-wide, with its flagship store being the one at Havelock road, which opened in 2013.

At Siam Square Mookata, they are known for their very affordable prices. For the famished, they have a buffet at $29 per person (everything on the menu except special items/ scallops). Otherwise, their a la carte meats go at $2 – $3 per plate while vegetables cost $1.80 per plate. 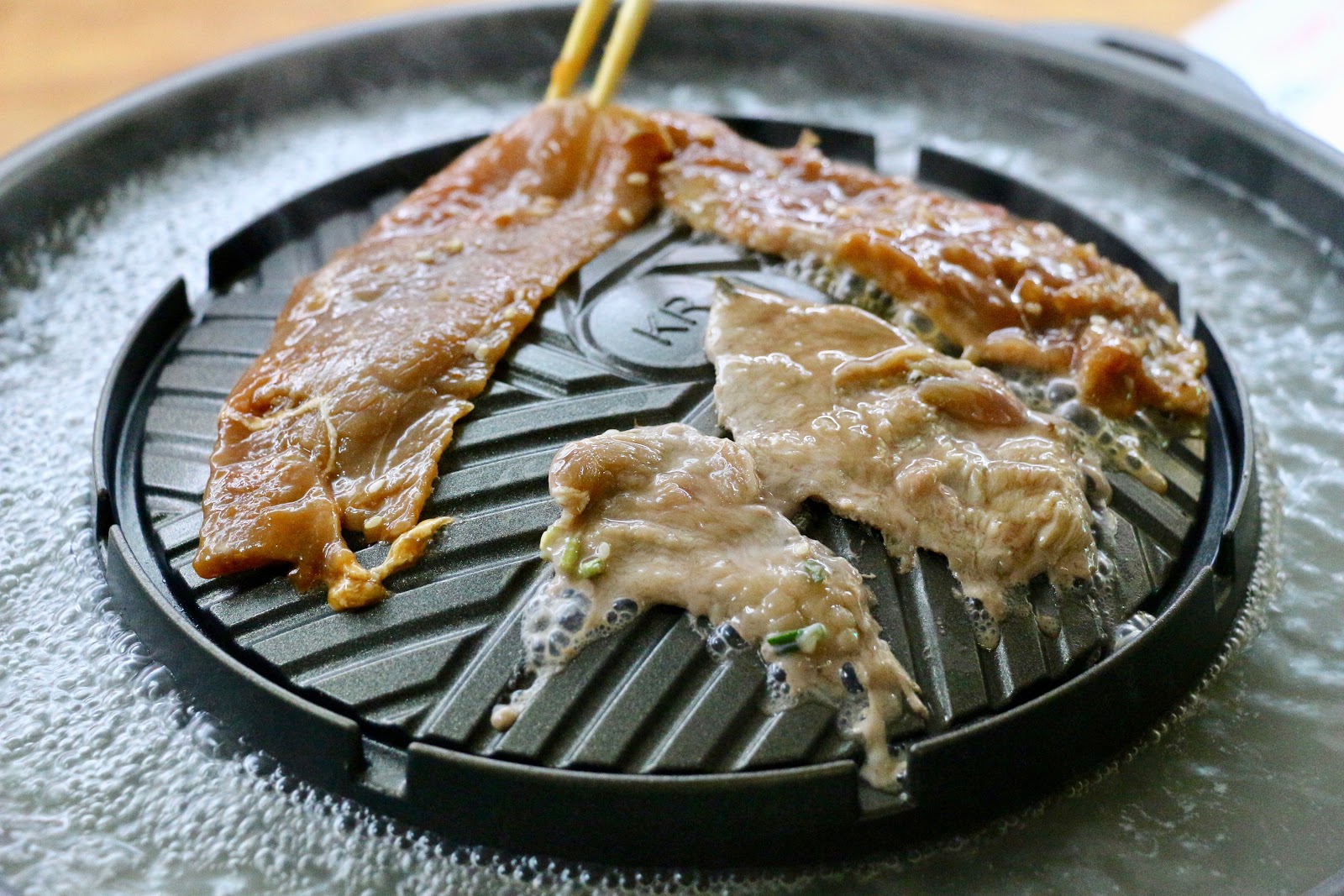 Unlike some other joints, the meat here is sliced evenly and thinly, allowing the food to cook very quickly, so you don’t have to stare at the grill while your stomach rumbles in hunger. Nevertheless, you’ll have to move fast to prevent your meat from overcooking!

Out of the marinated choices of meat available, we enjoyed the BBQ one, though we thought it tasted more like ketchup instead of BBQ. What we liked about it was that the meat was marinated with chopped onions which added a refreshing crunch. 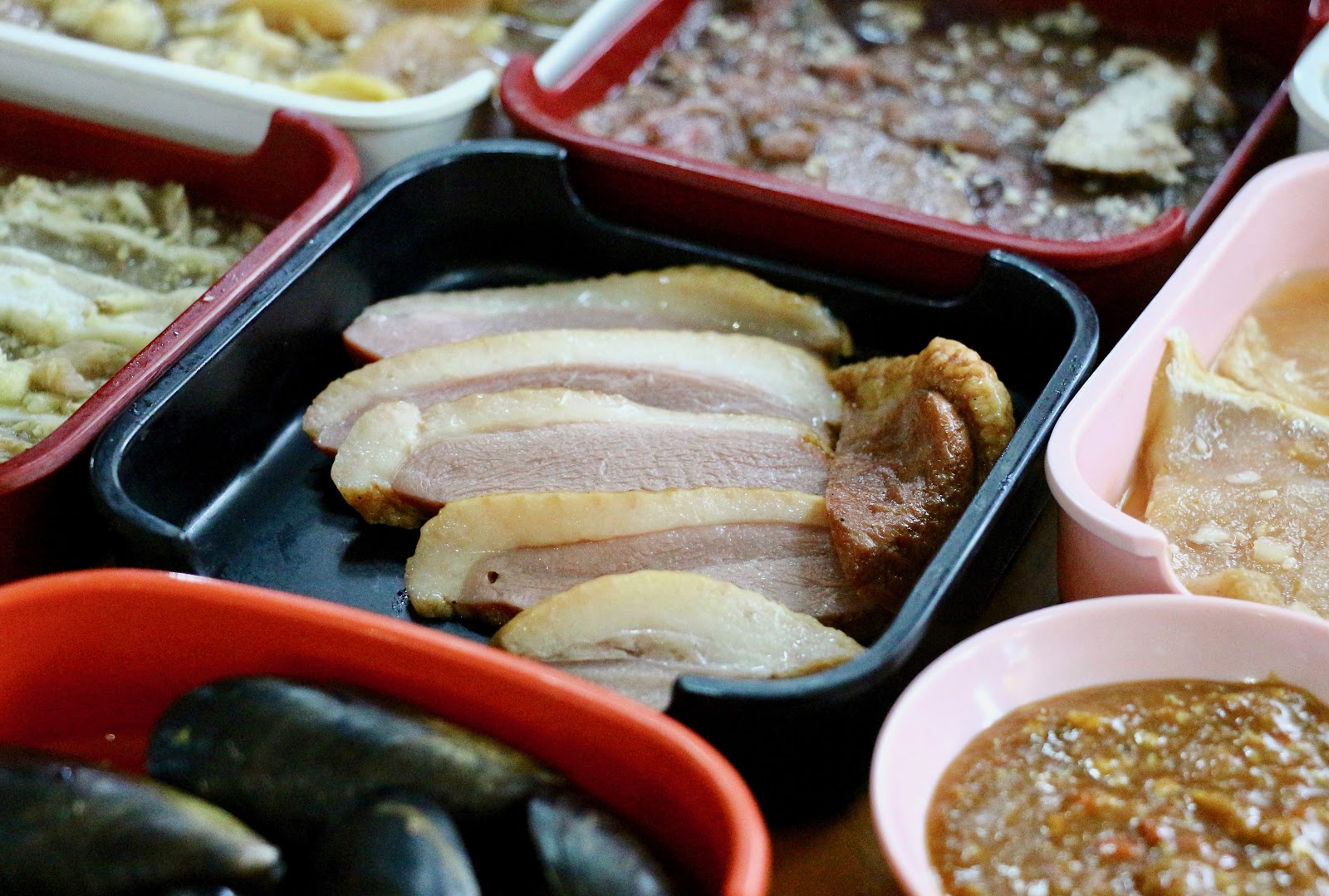 Out of the various marinated meat options available, they also offer Smoked Duck ($3 per plate, a la carte), and a special menu consisting of various dishes such as Thai salads and finger food.

The spicy vermicelli salad ($9 per plate) also known as Yum Woon Sen was spicy and very tangy. If you’re not good with spice, remember to ask them to make it less spicy; your stomach will definitely thank you for that. It was indeed light and refreshing, a good palate cleanser, though we would have preferred if it was less watery. 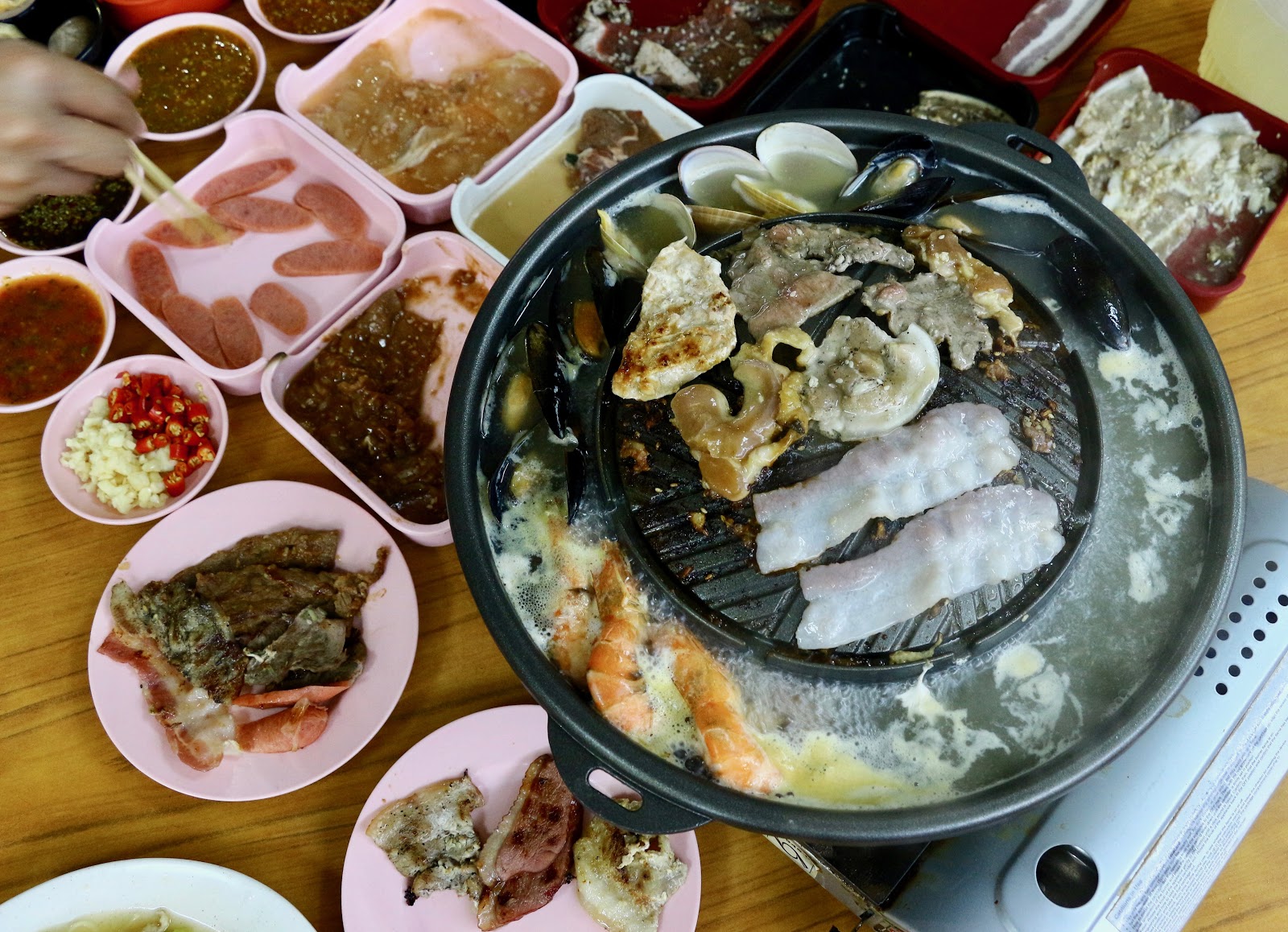 Something that’s worth a mention would be their non-stick grill. Many mookata joints use grills that require pork lard/ fat to be placed on the dome of the grill. However, at Siam Square Mookata, cooking and eating was a breeze. The cooked meat and charred bits slid right off the grill, making our dining experience a breeze. It would also cater to the health-conscious diners who do not fancy a lard-laden broth. 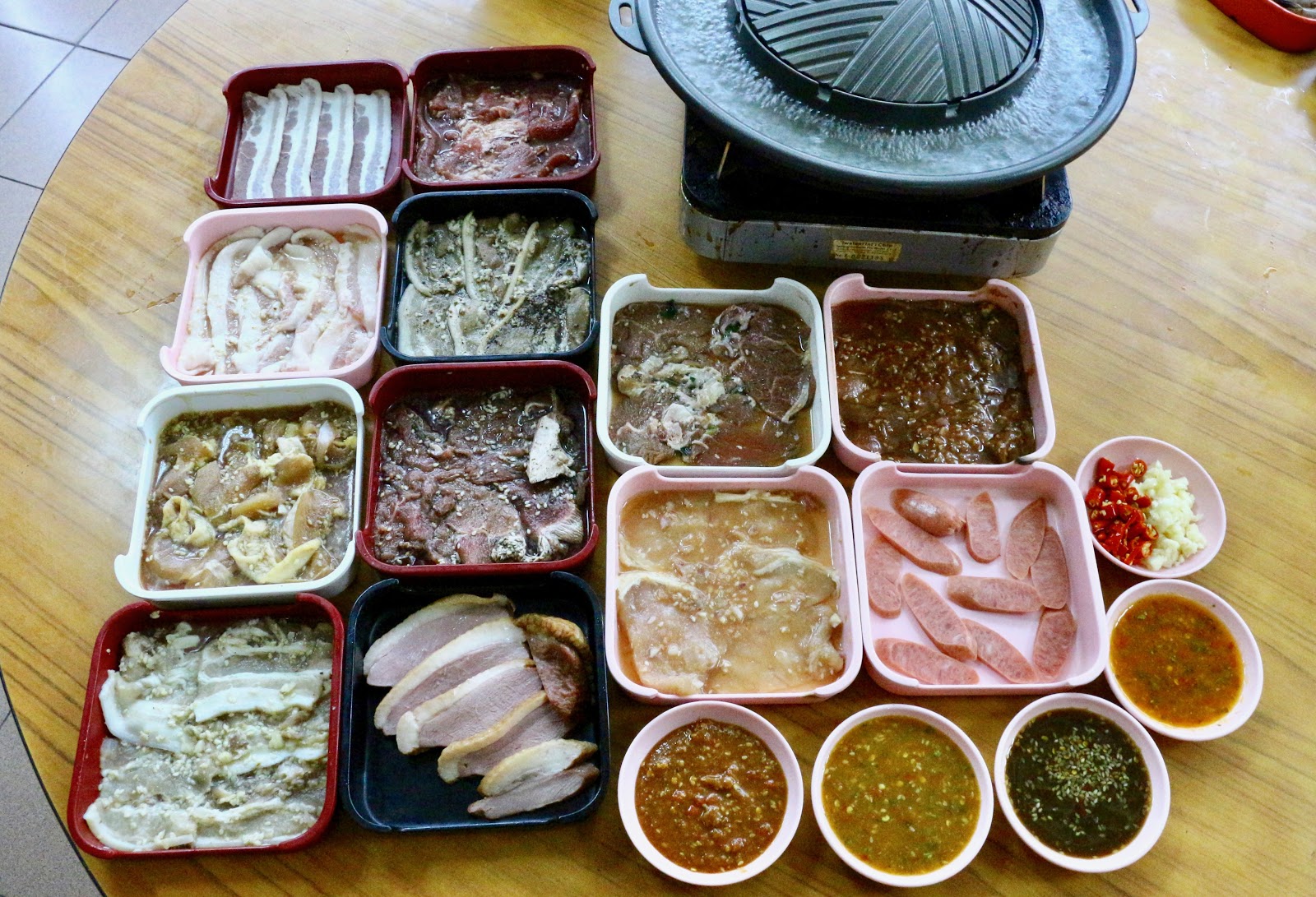 While the meat marinades weren’t mind-blowing, what stood out for me was their signature, homemade chilli sauces which came in 4 types.

Clockwise from right to left, the first was the spiciest of the lot. It was slightly sour too, perfect for cutting through the grease of fattier meats. Next, the dark one – it was a thick, slightly sticky and sweet sauce that was heavier on the tongue; it reminded me of soy bean sauce that had been mixed with some chilli.

As for the first one (anti-clockwise from left), it is the version they released not too long ago. Despite looking like it could burn your insides, it wasn’t that spicy. It was my favorite of the lot as it had just the right amount of everything – slightly sweet, sour and spicy all at the same time, without being too heavy or cloying. 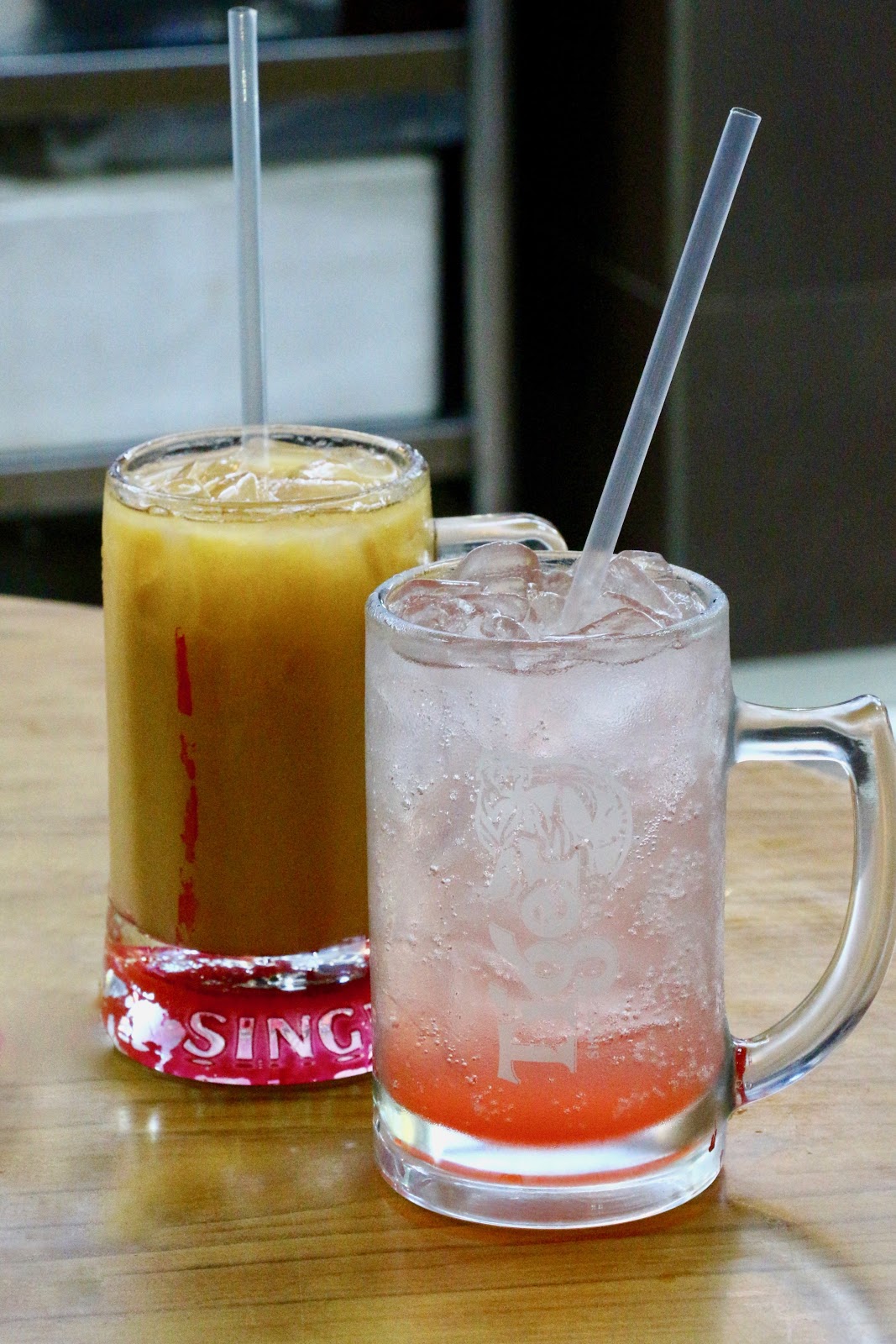 Don’t forget to order a couple of their signature drinks – thai iced milk tea, strawberry soda and kiwi soda – to wash down all the food!

With so many outlets island-wide, visiting them is a breeze. Head over to their website or facebook page to check out a whole list of outlets and don’t forget to jio your kakis along to bond over some BBQ! They also accept reservations, so don’t forget to book yourself a table to prevent disappointment. 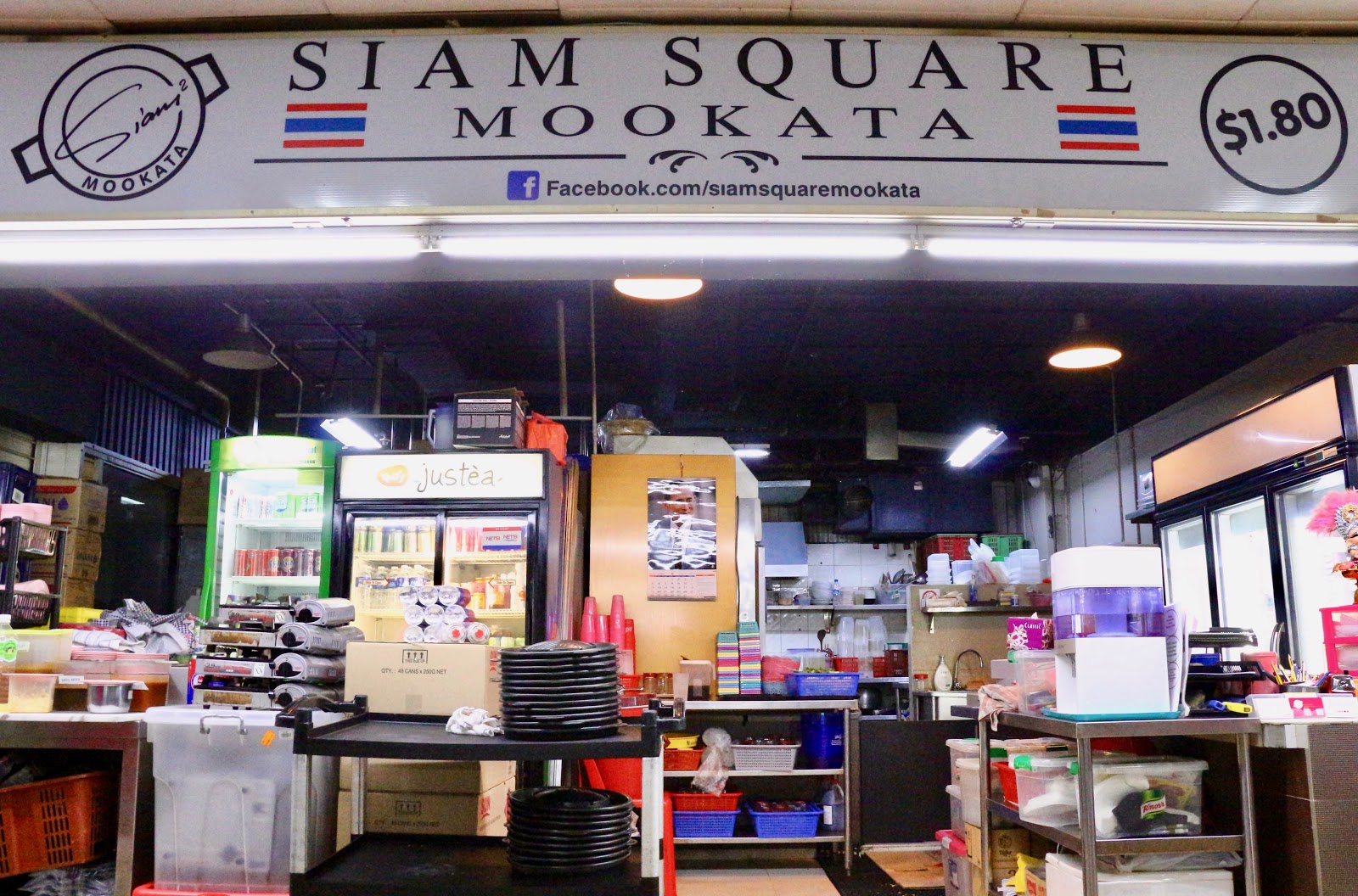 The outlet we went to is the one located at the basement of Golden Mile Tower. For more outlets, check out their website and facebook page!