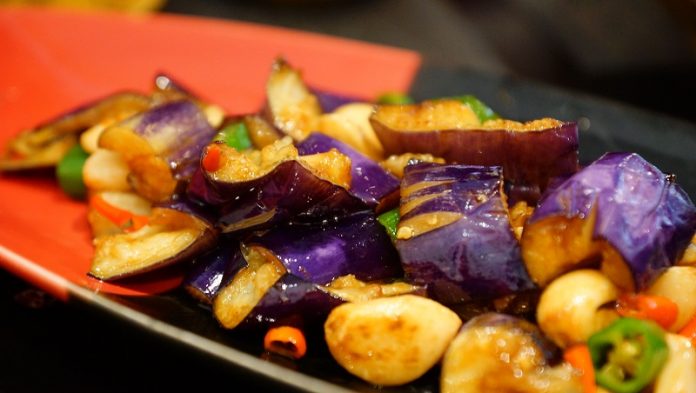 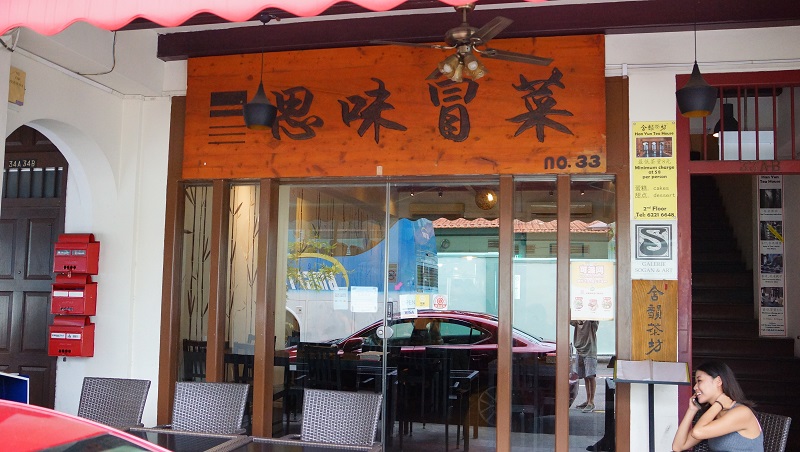 Mao Cai is part of the traditional Sichuan cuisine, but the line is vague between the mains and sides for the layman, Mao Cai is characterized by its spiciness and numbness from the peppercorns, making it hard to differentiate from the mainstream of Sichuan cuisine. 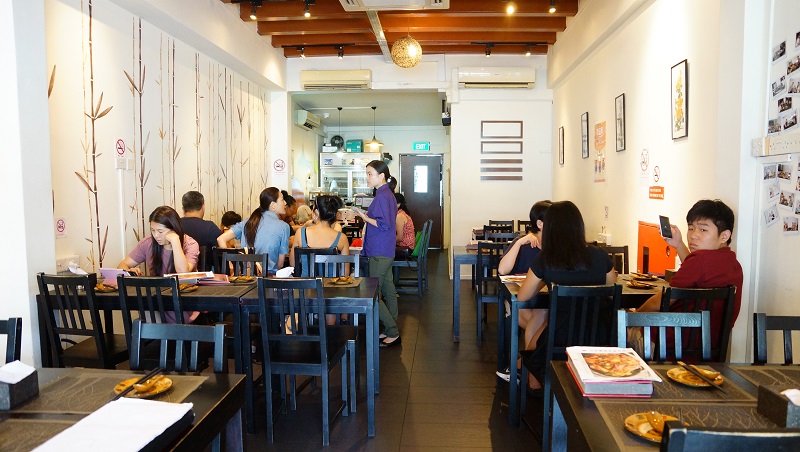 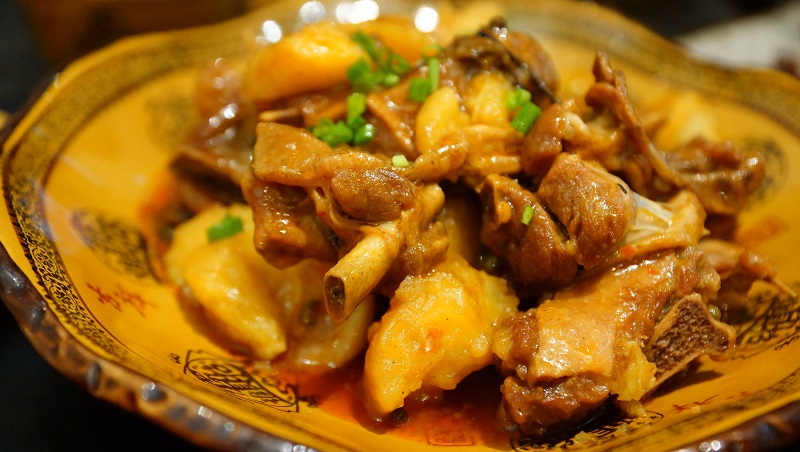 High expectations for this dish let us down. The stewed duck was tough in texture, which contradicted so many of the reviews where their meats are praised for being tender. So, are we eating the mother duck instead of a young duckling? Overall a run-of-the-mill dish which was not the standard of the top three choices. 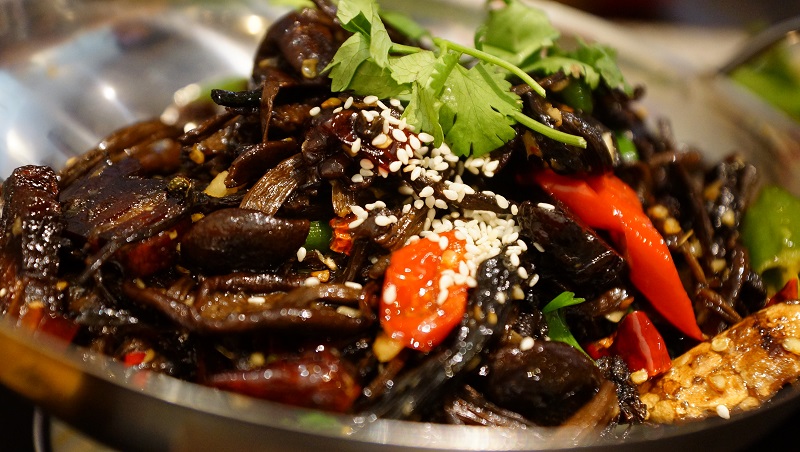 Combination of a few different types of mushrooms and done in a simple stir-fry, not too appealing but do not be deceived by the appearance. The mixed mushroom is sumptuously prepared and the essence of the mushrooms can be appreciated in its full glory. A dish well-loved by all of us. 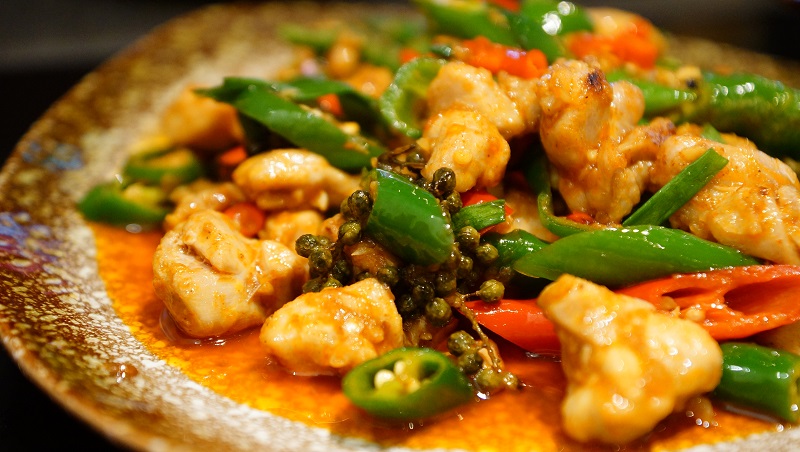 Our intention is to order the fried diced chicken with dried chili but we mistakenly placed the wrong order. The dish turned out to be the wet version, with copious amounts of green and red chilli cooked with diced chicken. Unfortunately, there was nothing fanciful about this dish. 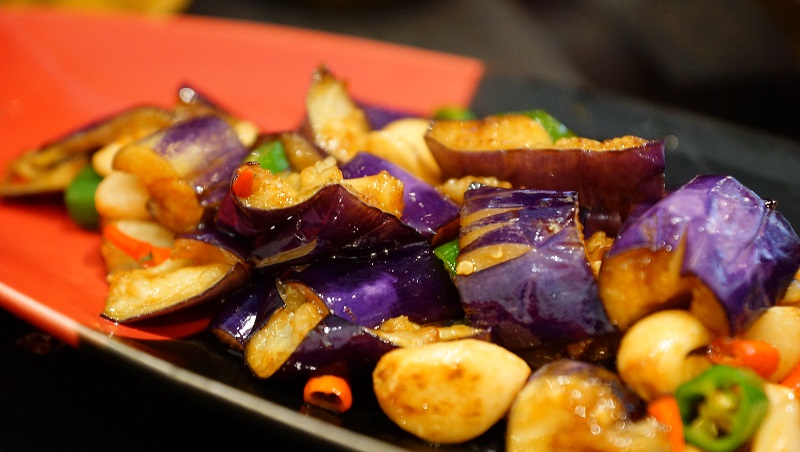 Si Wei Mao Cai may not have impressed us too much with the meaty dishes but the veggies definitely won our hearts over. The fragrance of eggplant was lifted to the peak with the most unadulterated taste. Our numerous attempts in the kitchen to whip out this dish will never come close and we truly kowtow to the chef who created this sumptuous dish. 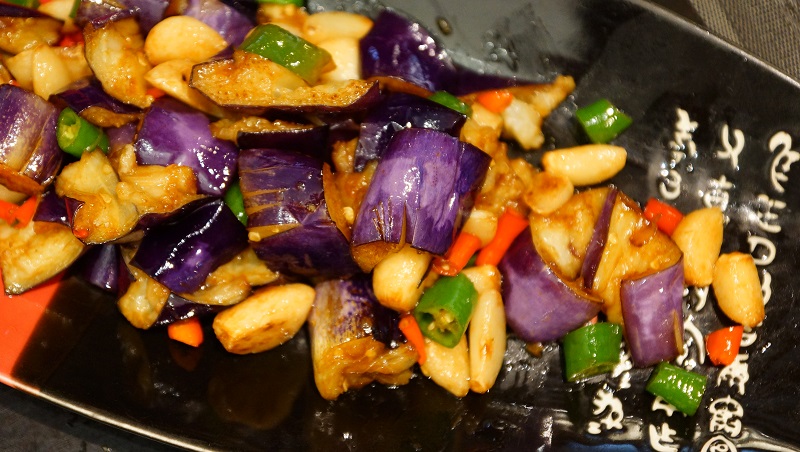 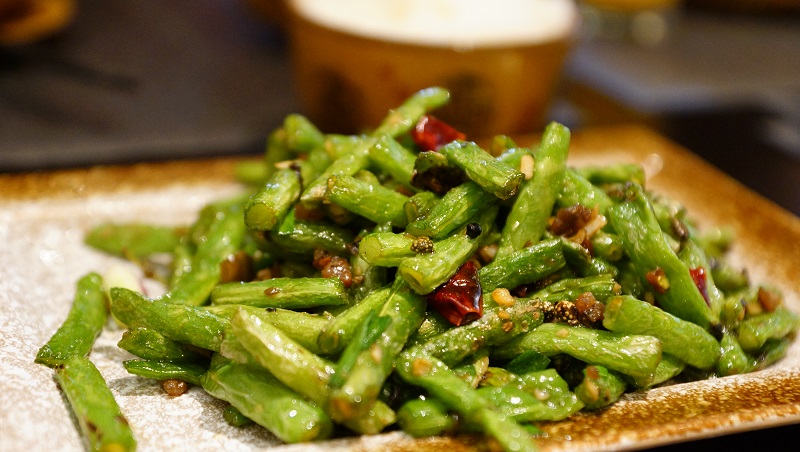 The menu stated Jack beans but what served was served were French beans instead. The stir-fried beans have a sweet-savoury delightful crunch and a satisfying dish.

Si Wei Mao Cai may not be a paradise for the carnivores, but the herbivores will probably in love with the lip-smacking veggie dishes made with an unyielding enthusiasm that one can feel in each bite.