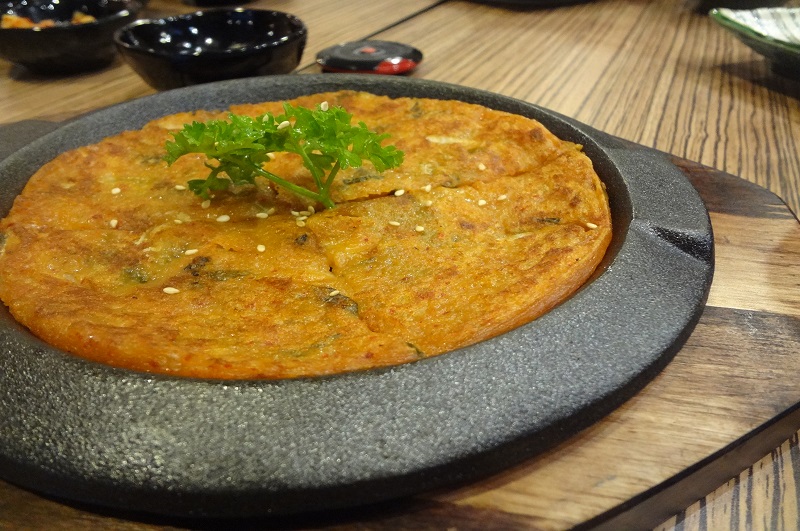 With the Korean wave washing over Singapore in the form of music, drama, and fashion, it is no surprise that Korean food has become just as popular too. Personally I’ve never really had the chance to taste actual Korean food (haven’t been to Korea yet!) and the only Korean food I knew was Kimchi. Well, that all changed when we were invited to Seoul Yummy for a food tasting session! 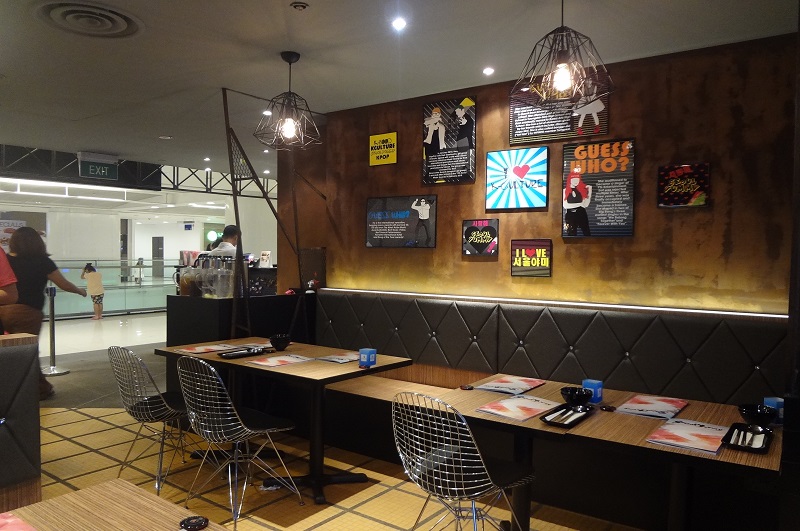 Seoul Yummy at Marina Square is the fourth outlet that they have, and it opened on 30th June so it is relatively new. Walking into Seoul Yummy, you can hear the latest K-pop songs playing while being greeted by wide smiles and courteous staff. (Shout out to Joyce for your impeccable service and heart-warming smile!) That’s not all, most of the ingredients used in the food are all imported from Korea, so what you eat is the best you can get. 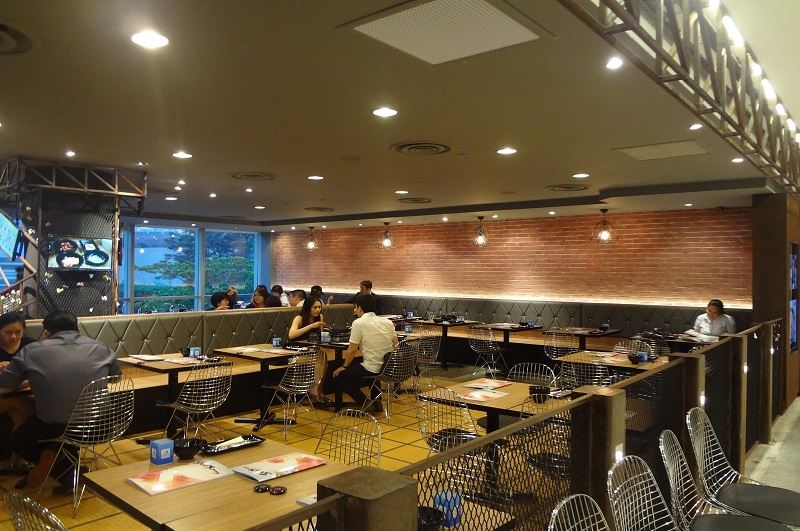 Before we move on to the food, may I add that since this was my first experience at a Korean restaurant which uses flat metal chopsticks, I had some difficulty getting accustomed to how heavy the chopsticks were and how difficult they were to use as compared to the ones I have at home. To say I am embarrassed is a huge understatement!

Free flow of starters while waiting for the main course. Nice Korean appetizers to kick start the meal. 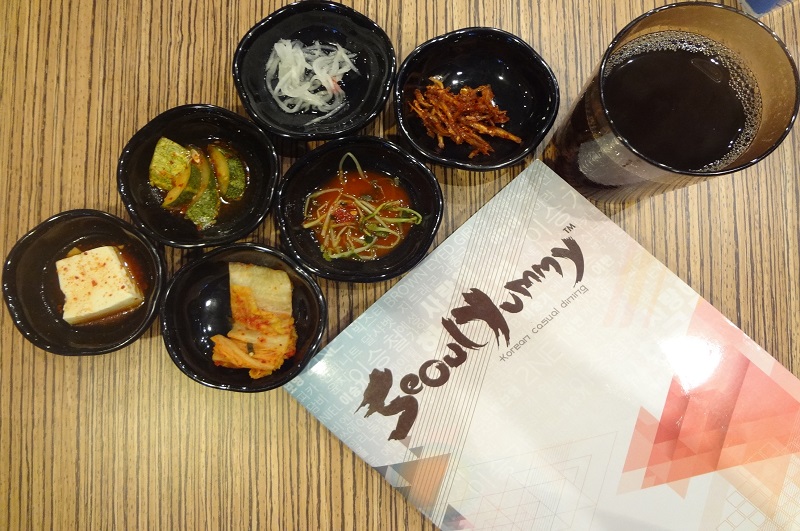 Started off the meal with some non-caffeinated tea; there was a slight burnt smell to it which was really fragrant. 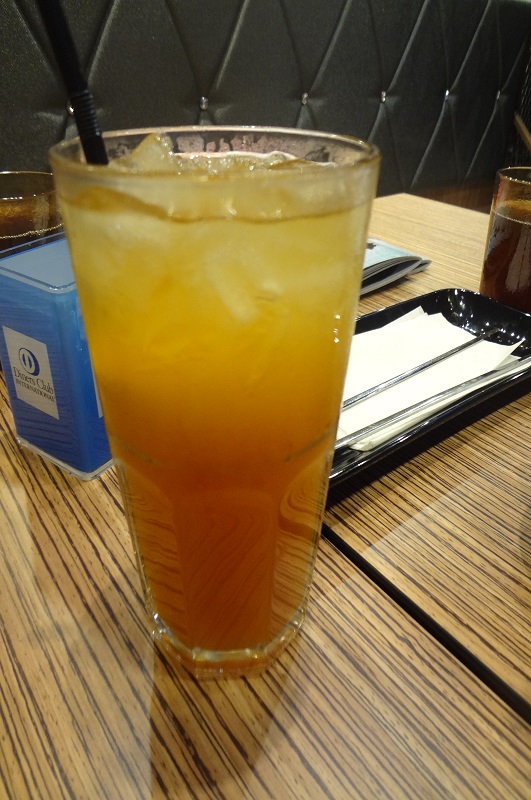 What made this drink so refreshingly addictive was that the lemon tea was hand brewed. To ensure that you don’t have pieces of Ayu Jelly stuck up your straw, the jelly came in small little mashed up pieces to give the drink an extra crunch. This is a must order! 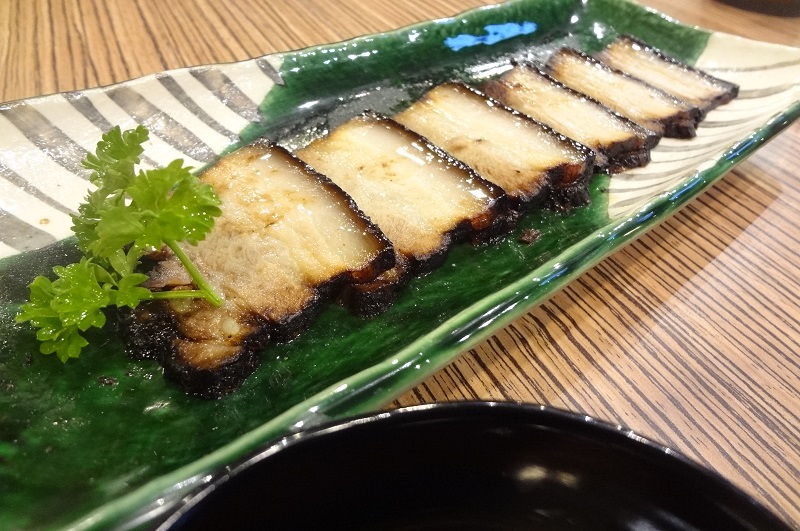 The pork belly was yummy to my tummy. It was slightly burnt at the edges, giving it a good charred flavour. There was a spicy fermented bean sauce to go with it but we honestly thought it was good on its own since it was already so tender and tasty! 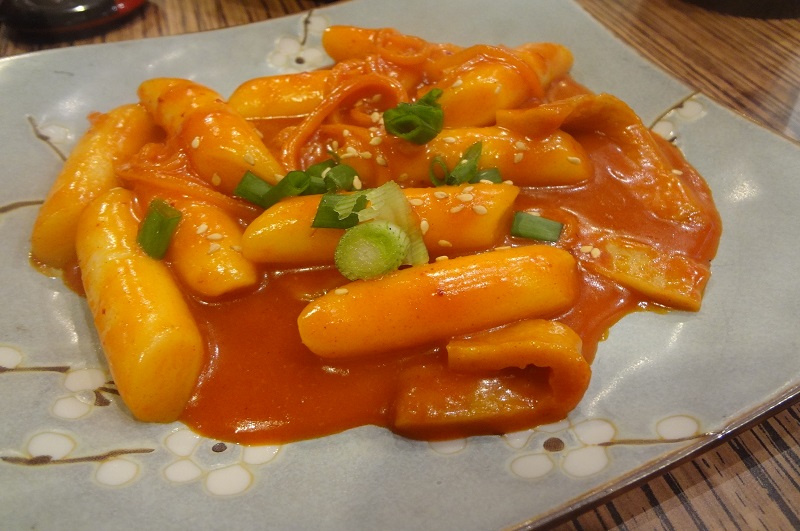 When this dish was ordered, my mum warned me based on her past experiences that it might get a little too sticky as the rice cake will be stuck at the deepest and darkest of corners of my mouth leaving me uncomfortable for the rest of the meal. (That might have been a bit of an exaggeration but you get my drift) Luckily for me, my mum was wrong! Seoul Yummy’s rice cake had a QQ texture, with a creamy spicy sauce to go with it. Not for the faint hearted who can’t take spicy food.

While the kimchi was slightly more on the sour side, it was very appetising and texture was good! A little chewy too, this thin pancake was easy to munch on and it wasn’t oily – we could totally have 10 of these and still feel guilt free. 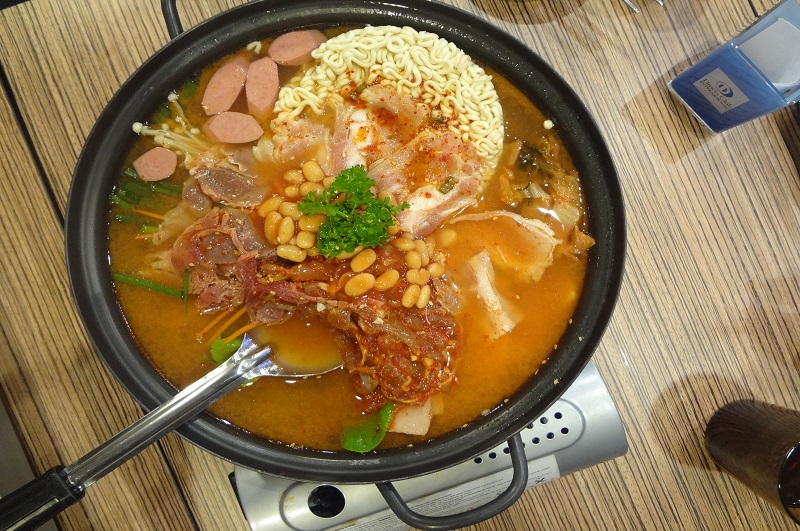 For those who were wondering how did the Army’s stew get its name, it apparently originated during the Korean war whereby the Koreans salvaged whatever they could from the Americans which consisted mostly of hot dogs, sausages and luncheon meat – just to name a few. The Army’s stew then came about along with other staples which they added. The base of the army’s stew reminded me a little of the kimchi Maggi mee I would occasionally have at home; while it didn’t taste bad, it wasn’t extraordinary. What I liked about the army’s stew was the chewy noodles even after it was soaked in the soup for so long. 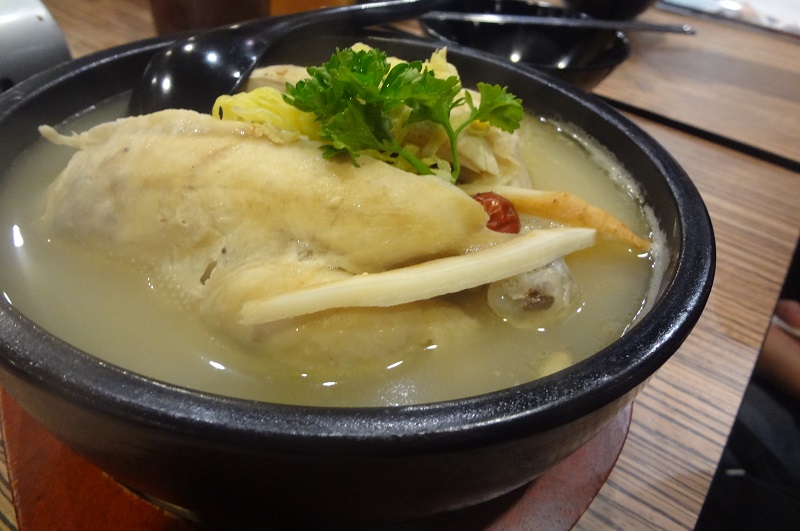 While the fragrance of the ginseng was prominent, this was one light soup. The meat of the chicken could have been more tender but that might have been because we left it cooking in the stone pot for quite a while. Chicken tasted rather bland on its own, you’ll have to dip it a little with the salt and pepper given to taste. There was also glutinous rice at the bottom for you to have something to munch on. 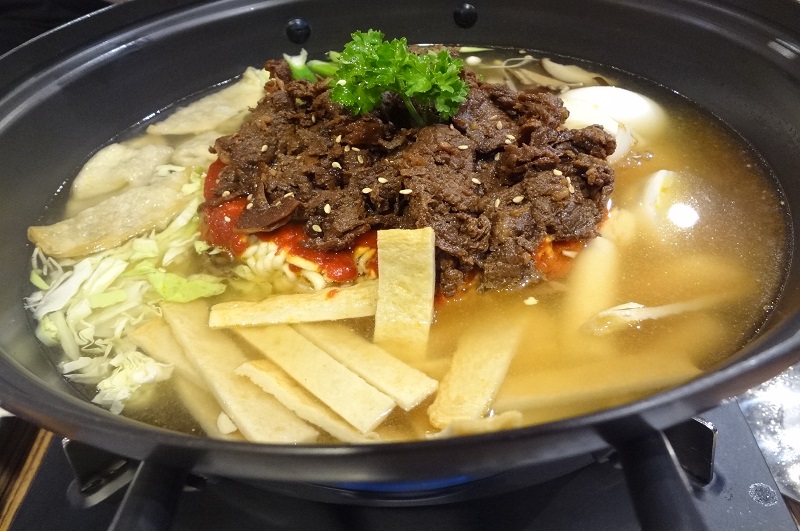 Doekbokki  is another popular Korean dish, the secret of its flavour lies in the chewy rice cakes and the spicy red pepper sauce. There are also dumplings, boiled eggs, fish cakes, mushrooms and more amidst the tons of ingredients they have packed in the Doekbokki. This dish had a thicker soup base compared to the army’s stew, and it was a bit spicier and more unique so we preferred this one! 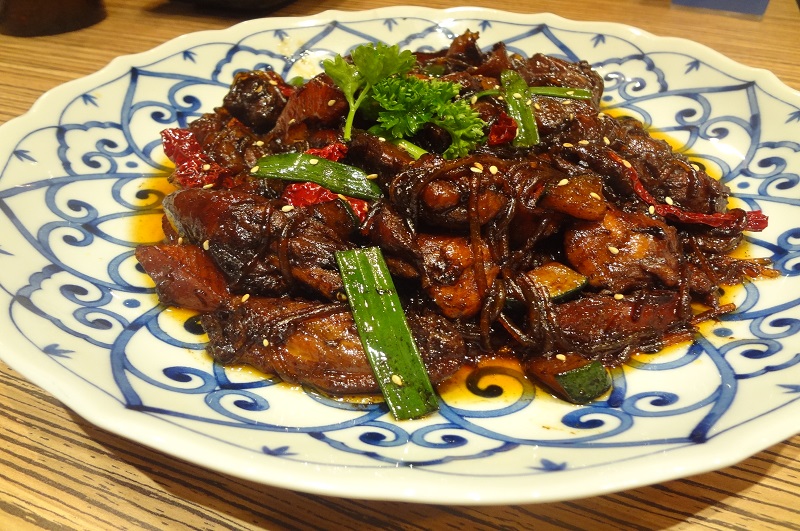 The Andong Jjim Dak is made from chicken and various vegetables, marinated in a Korean soy sauce based sauce fried with some glass noodles. This dish reminded me a little of black pepper crab, but replace that with chicken instead. Not overly peppery, there was just enough to taste. Chicken was very tender too although it was a tad too oily for our liking. 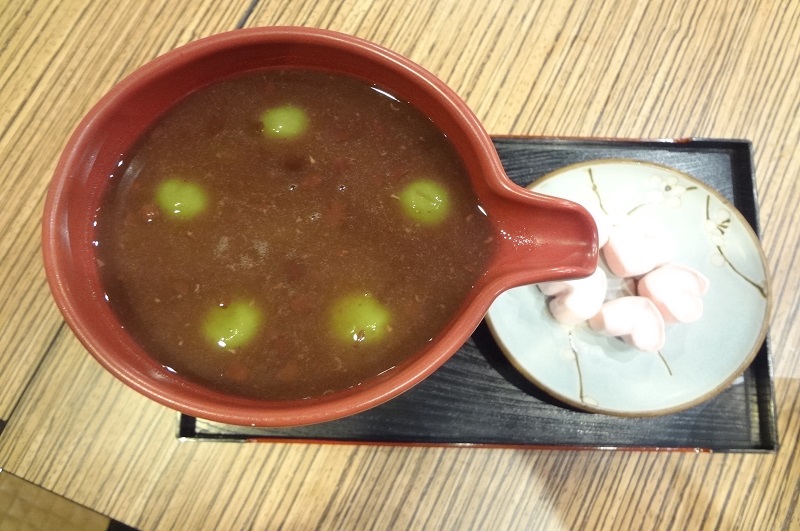 It is made up of red bean base with matcha Tang Yuans, and some marshmallows for you to match. Not too sweet, the tang yuan had a light green tea flavour. Some of the red beans were soft and some were hard to give it a difference in texture. Overall a dessert I wouldn’t mind ordering again! 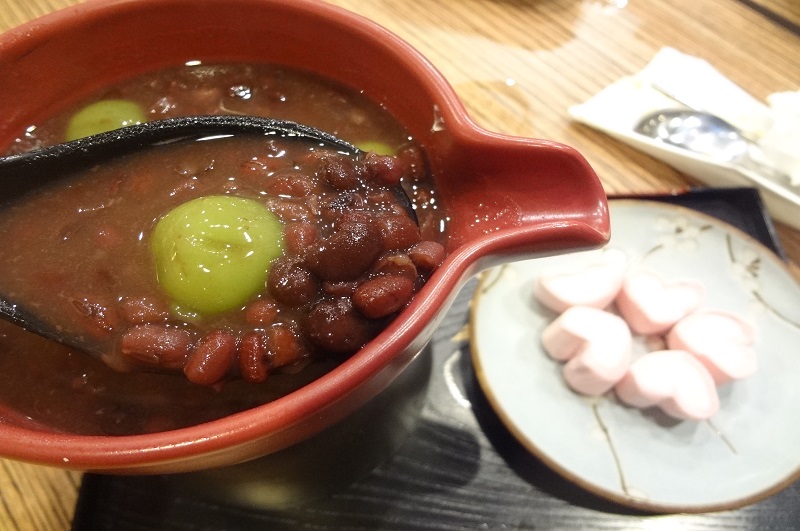 A yoghurt based soft serve was used in replacement of the traditional shaved ice.  The yoghurt ice cream was very fine, it melts in your mouth instantly! It was also very fragrant and thick, we liked how even after finishing the entire dessert we felt rather guilt free because it wasn’t cloying like normal ice cream. There were also mango, kiwi, and strawberry slices with nata de coco and aloe vera as toppings to go with the yoghurt ice cream. 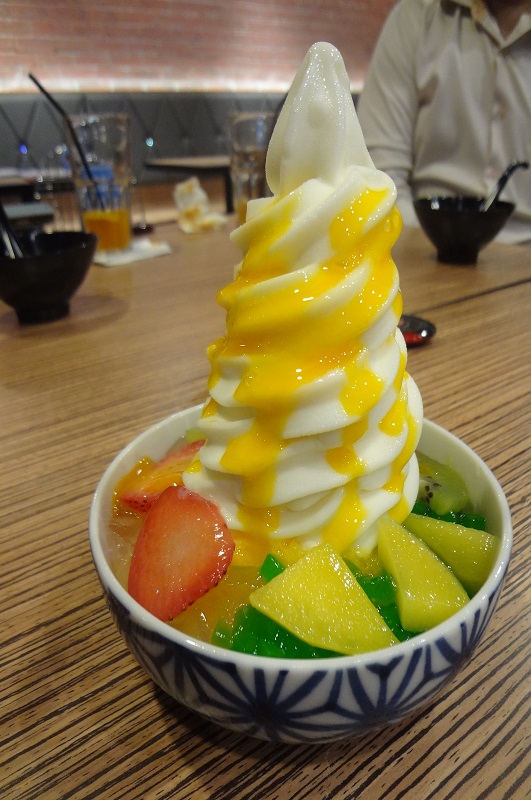 Overall, most dishes were commendable and it is definitely worth a visit if you’re looking for some authentic good old Korean dishes. Loved the dishes, the drinks and the people, we’ll be sure to drop by if we’re in the area. If Psy is not there to energise you about Korean wave, how about K-pop superstar – Rain? We sure enjoyed the refreshing downpour of his music as we savored our meal!

Last but not least, we would like to thank Seoul Yummy once again for the invitation. 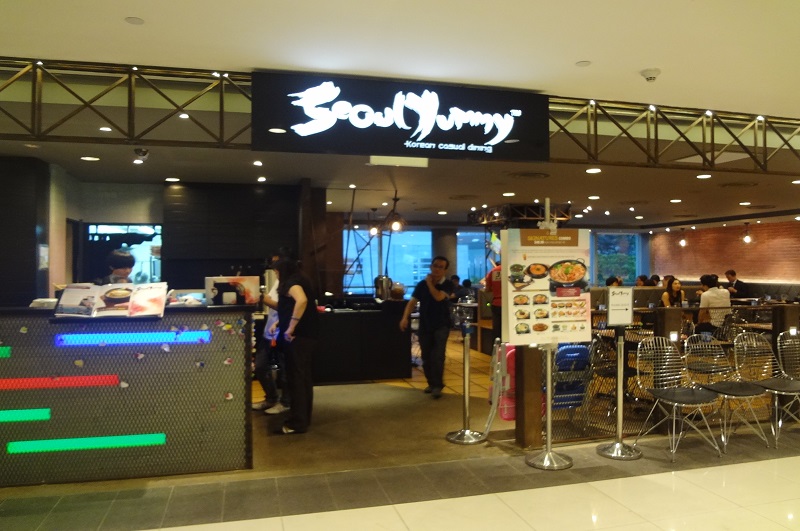