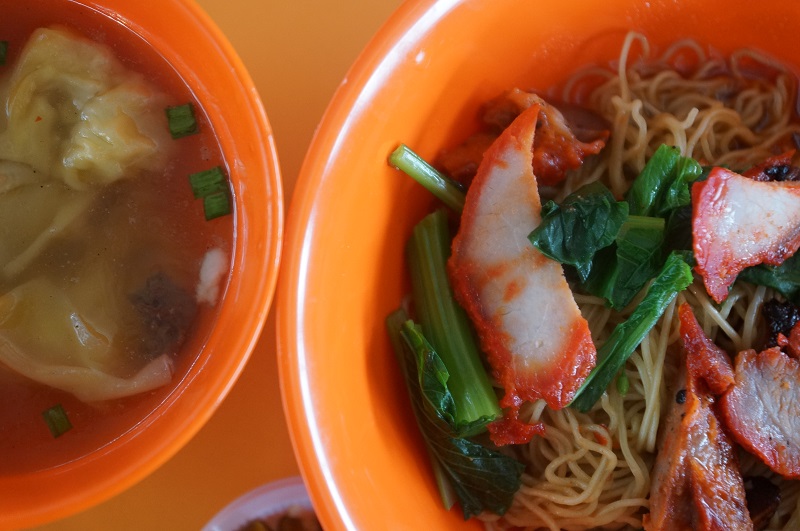 There used to be two Wanton Noodles stalls here. Eng Wanton mee has since moved out of the little confined stall a year ago and took over a big shop along Tanjong Katong road to continue their business. For Eng wanton mee, it took the first generation to make its name, and the next generation took the leap to expand their business and bring it to the next level.

Seng Wanton did not follow the same path of his counterpart. Instead of opening a standalone shop, Seng Wanton grew the business by opening its second and third stalls at Joo Chiat and Bedok South food centre. This was where I discovered her (Seng’s wanton noodle), when scouting in this food centre for food, and I’m truly excited about the opportunity to rekindle the spark with my old sweetheart.

Good food can make a deep impression in one’s mind and Seng Wanton Noodles has stayed in my memory all this time – I was so glad to reacquaint with an old love. Time could change things, I was quite concerned about the food quality after all these years, will it be the same old taste of my beloved Seng Wanton mee? Can the same standard be maintained by group of different chefs? I had my reservations.

The queue was not snaking long but wasn’t short either.

After a long time, the first mouthful was naturally met with eagerness and expectation. Is the marinating sauce still the same elegant killer that melted my heart? Could the Mee Kia maintain its chewiness and great texture? How about the bowl of soup, that was light but packed with sweetness? And the same heavenly char siew I had decades ago? 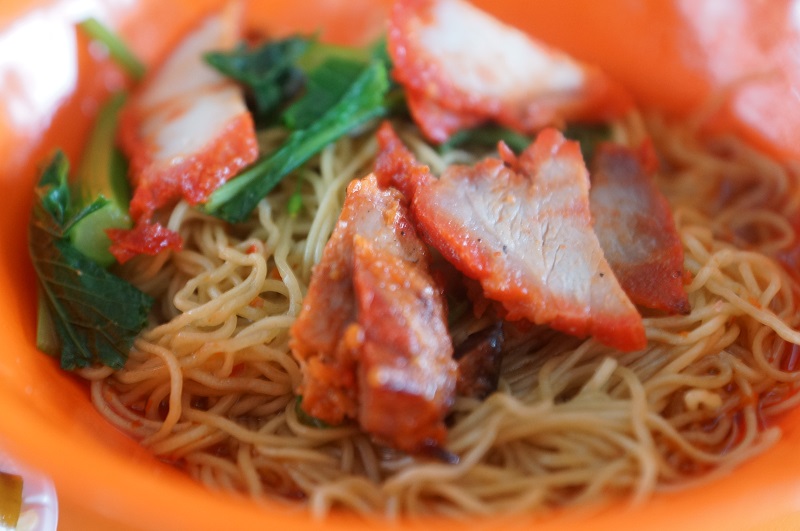 “Woo…..this is very good!… Shiok!”, not my comment but YuSen’s, my Glutton son after tasting his first bite. I was still busy snapping photos of the noodles but instantly I knew my fear of the drop in the food standard would not play out. Yusen has acquired vital skills in appreciating good food under the influence of their foodie parents over the years, and so I knew his judgement would be sound.

Seng wanton mee has surprisingly maintained the same good taste; from the killer marinating chili sauce to one of the best char skew we’ve tasted amongst all the wanton stalls we’ve patronized. We can concur Seng is one of the most well rounded wanton mee stall around. Ask for extra chili sauce in the mee, we highly recommend that for an extra enjoyable punch to your noodles. 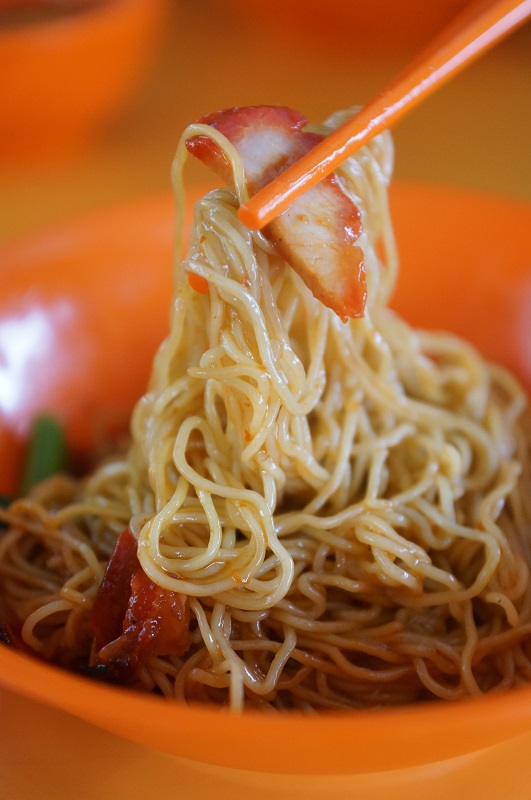 We were greatly satisfied with the food, however, we were a little taken aback with Yusen’s frosty expression after the meal.

“Yusen, I thought you enjoyed the mee very much?”

“Why you ordered only the normal size for me? So little!”

All of us almost fell off our chairs, but it couldn’t have been a better endorsement for Seng’s Wanton Noodles!

A big thumbs up is our verdict for Seng’s Wanton Noodles. We are glad to see the consistency in the food quality and the equally great taste of the wanton mee. Compared with Eng Wanton Mee, we prefer the overall performance of Seng’s Wanton Mee which is superior in its marinating sauce, char siew and the overall taste. Of course, the sesame flavour of Eng wanton mee still has its own fans and we love it too.

I asked my wife Hui Ping, can I come back again to meet my ex-lover? She happily agreed. 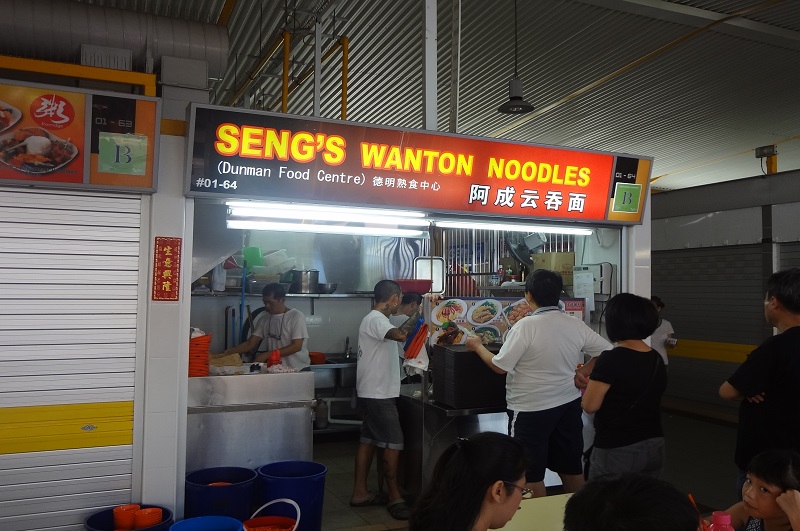