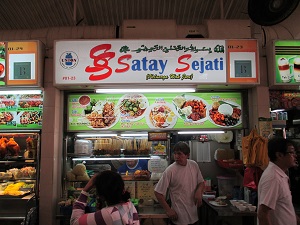 Back to Haig Road’s food centre for the second time, because there’s just so much good food there that we have yet to give it a shot. The very first time we were there, we ordered some satay from Warong Sudi Mampir Satay, and they weren’t really up to our standard. Sadly, the same could be said about Satay Sejati.

When I first saw the plate of satay, the first thought that came to my mind was “Hey, at least the Ketupat is wrapped in leaves.” The satays were also thinner in width, which is a good sign, since that would mean that it’s easier to get the satay off the sticks! Once again, we ordered the chicken and mutton satay.

The glaze on both the chicken and mutton satay was not bad, it was slightly sweet and it had the charcoal smell. However, the tastiness of the satay was limited to only the surface. Seems to me the owners probably didn’t marinate the satay meat long enough before barbequing it. Oh well, at least it wasn’t tough! That said, the mutton satay had more flavour than the chicken ones, although not by a lot. 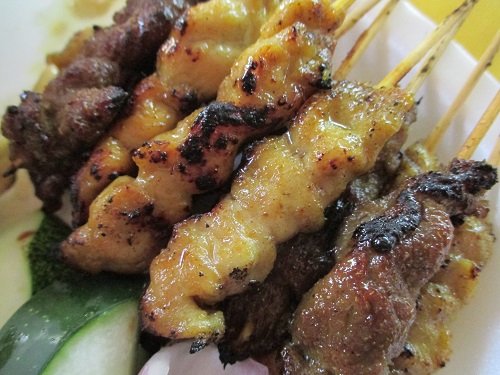 Think of the best satay sauce you’ve ever had. The direct opposite is how the sauce from Satay Sejati is like. The sauce was a disappointment; it was diluted and lacked of any character at all. It was so plain, I wonder if they ran out of sauce and they just poured more water into it. The taste of the peanut is non-existent, what a shame it was considering that the actual satay was already plain. 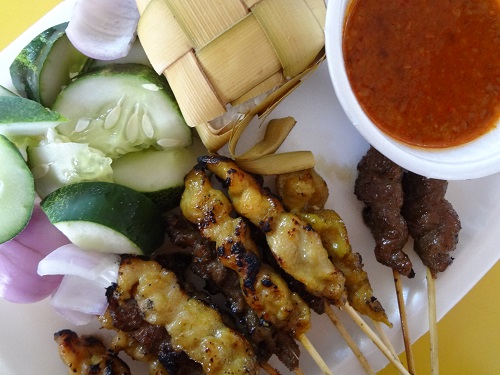 As for the Ketupat, no doubt it is wrapped in leaves, it was a little too wet and mushy to our liking. The Ketupat disintegrated easily into a powdery form when you put it in your mouth, unlike Warong Sudi Mampir’s whereby it was firm and chewy.

Overall, the satay from Satay Sejati is quite a disappointment; it is a far distance to be classified as good satay from every aspect of a good Satay.