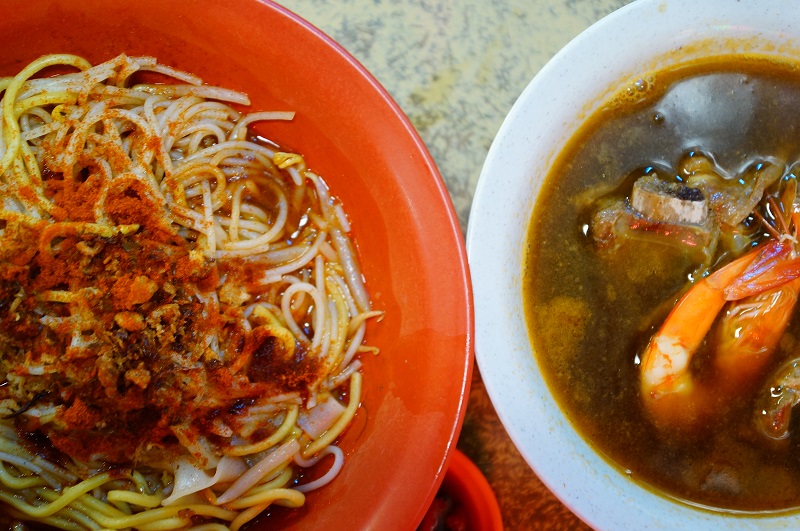 It is difficult not to include River South (Hoe Nam) Prawn Noodles in our effort to hunt down the best prawn mee in Singapore, what with all the accolades we’ve heard about it. Some have even proclaimed it “The best prawn mee around!” – so how could we pass up on a chance to verify this claim? 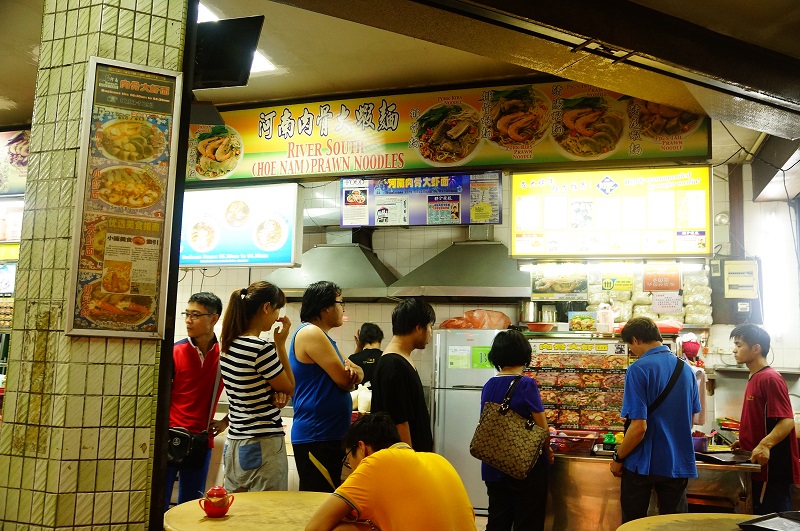 You would think it’d be easy to get a bowl of their prawn mee here with their long operating hours, stretching from as early as 6.30am to 4.30am the next morning, and only closed on Mondays. However, in reality, we only managed to try their prawn mee on our fourth attempt – the shop somehow never followed its own operating hours. 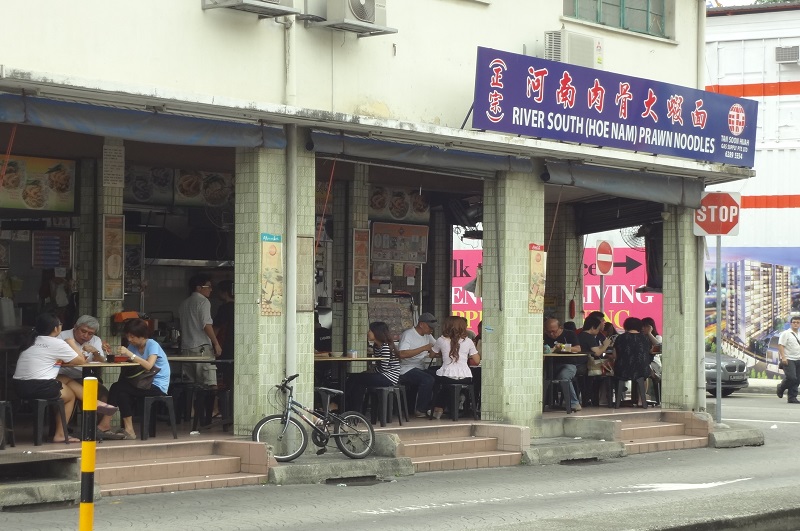 This prawn noodle stall occupies the whole of the corner coffeeshop near to the previously popular Jackson kopitiam (closed down for development). Even though it’s somewhat hidden from the main street, the continuous flow of customers here is a good testimonial to their brisk business.

We ordered the $5.50 soup and dry prawn mee with pork ribs. 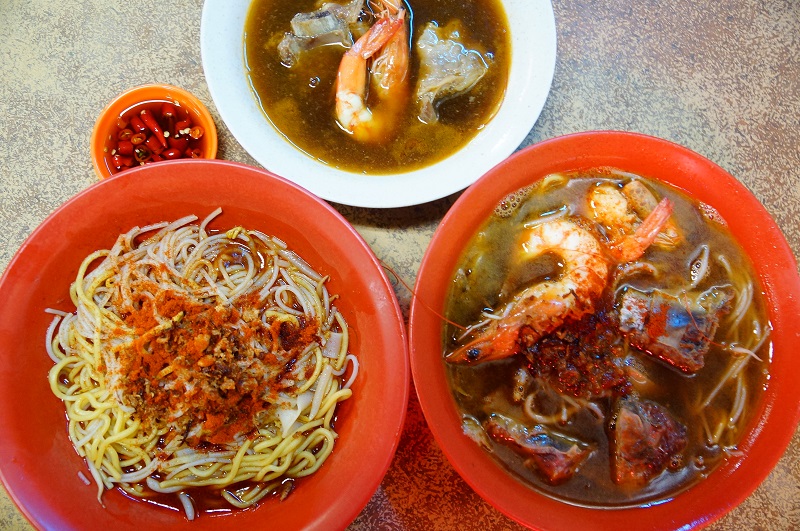 We could fully appreciate the prawn sweetness in the broth, the seafood flavour was not overwhelming – no overpowering fishiness like in some other broths we’ve tasted. The medium size prawns were crunchy, fresh and sweet. 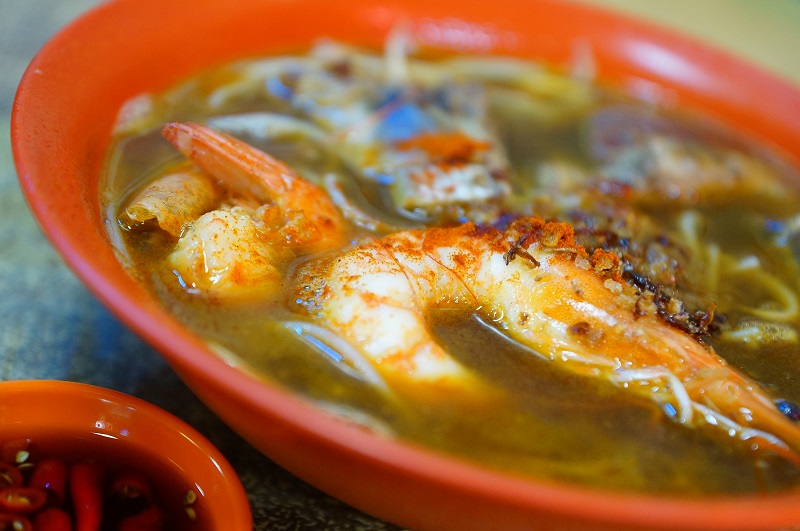 The pork ribs here may be one of the softest we have tried so far, the meat came off from the bone without any effort and is something that River South (Hoe Nam) Prawn Noodles excels in. The yellow noodles and the thick white vermicelli were well cooked with the right texture. Overall, it was a satisfying bowl of prawn mee. 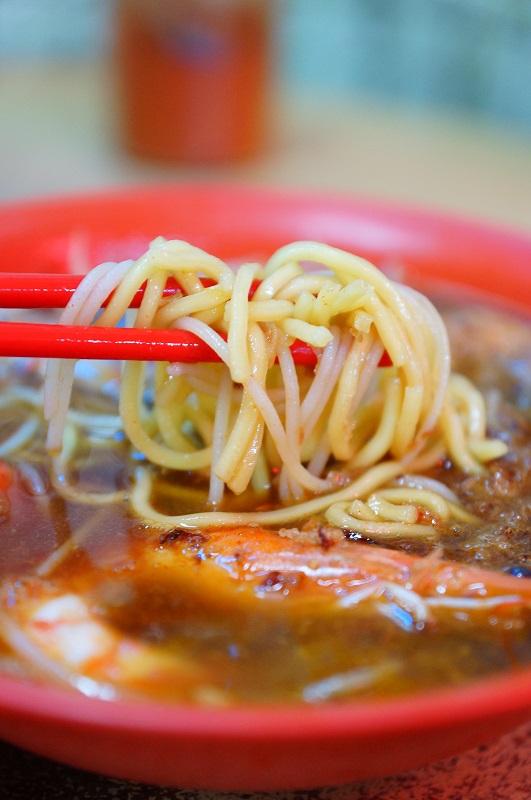 The base chili sauce is key for the dry version. The sauce was fine but not really too outstanding to the extent of wowing us. Noodles, prawns and pork ribs were similar to the soup version which was succulent in taste and texture.

Interestingly, the bowl of soup was somehow slightly clearer in colour compared to the soup version. Taste-wise, the broth on its own was more fishy than with the noodle soup; it could have been the noodles that helped to mask the fishiness to some extent. 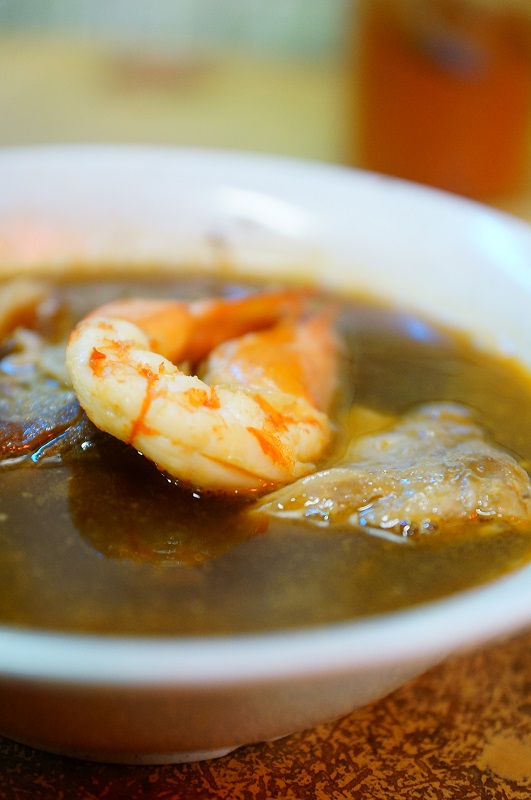 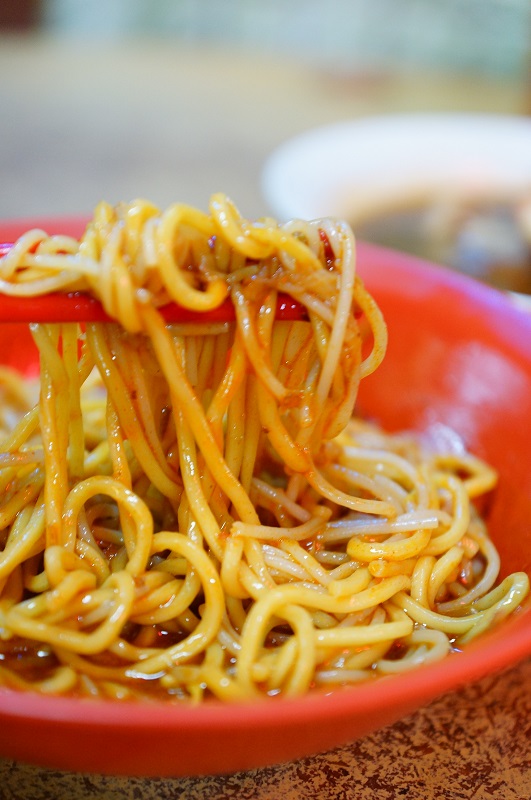 Overall, the taste of the prawn broth at River South (Hoe Nam) Prawn Noodles is reasonably tasty, the colour of the stock looked dark and not crimson red when compared to other prawn mee soup – which we find more appealing – yet still retaining a rich prawn flavour. Even though we’ve had more than our fair share of good prawn noodles recently, this is one prawn mee that we think is worth a try!