Ramen Champion – Who is best? 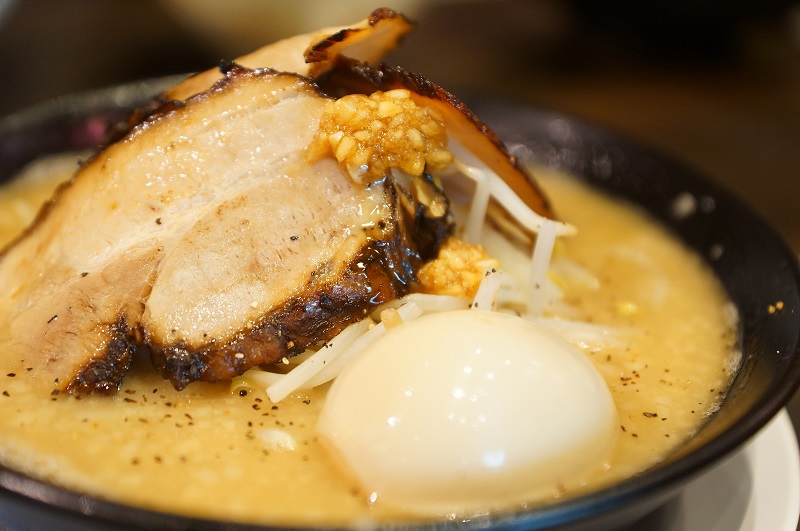 Ramen Champion – Who is best?

Has it ever occurred to you why Ramen Champion has its name? Well… because those chefs that are dishing out bowls after bowls of ramen are literally champions. If you’re feeling confused, you’ll understand in a bit. When you dine at a Ramen Champion outlet, it’s not just a restaurant, it’s actually an arena – and there’s constantly an ongoing battle going on between the chefs. To be able to serve you your hot piping bowl of ramen, these Japanese chefs have to do their very best to stay in the arena or they might get ousted by a new competitor. 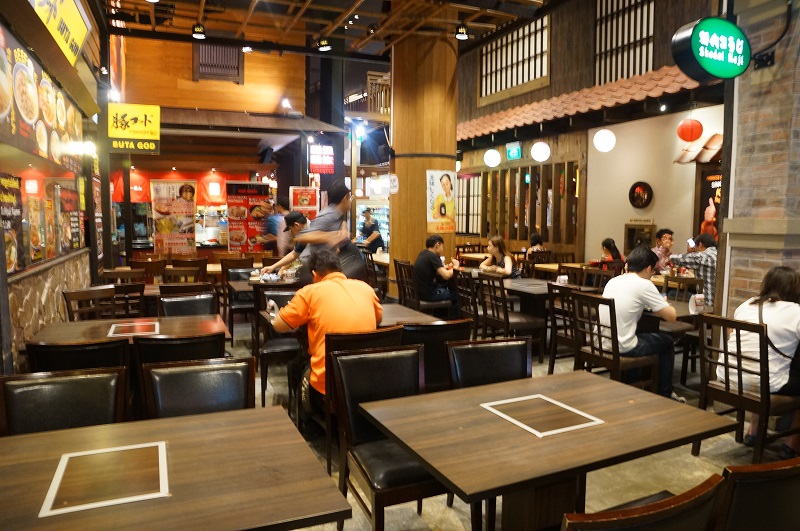 The Ultimate Ramen Champion Singapore takes place annually, and this year at Bugis +, we are glad to be invited for the event.

For the competition, we have Shodai Koji from Yokohama, RIki from Tokyo and Menya Ryu from Hokkaido joining the competition, alongside Buta God, Mendokoro Aoi and Kazuo Yamagishi who are current contenders. Have a favourite that you want to support? Read till the end of the post for more information on judging criteria. 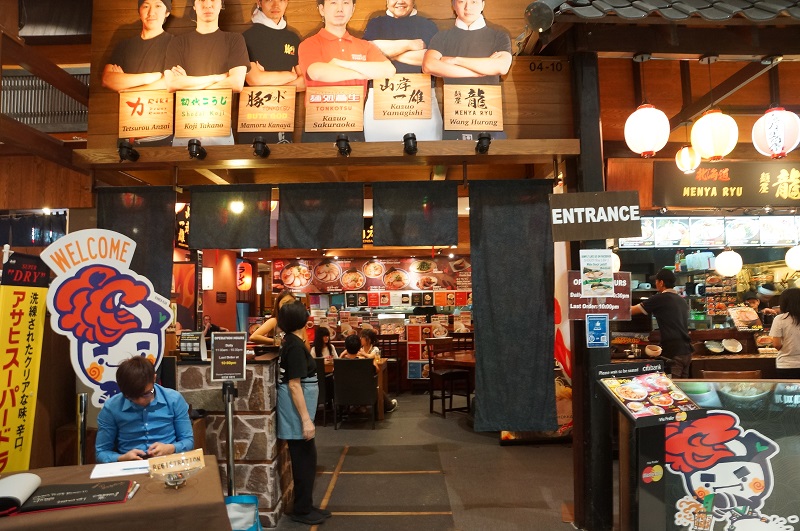 An extremely garlicky soup base, this one is full of flavour as the broth is boiled daily for over 8 hours with pork bone (Tonkutsu) to achieve that consistency. We think that the soup’s a tad too oily for our liking though. The ramen noodle was also very thick so we were easily filled on this one! (we like our noodle thin) We thought the Cha Shu was a little tough.

The unique aspect of this ramen is that there are THREE types of meats given, including chicken thigh, pork belly and pork collar. (Yes, THREE!) All had good seasoning but some were more tender than the others. Like the previously mentioned ramen, the soup base was rather rich as it has been cooked for over 8 hours as well with pork bone. You get to choose a chicken soup base too though. For this bowl of ramen, you get to choose between medium and thin noodles. The egg given was a tad overcooked too. 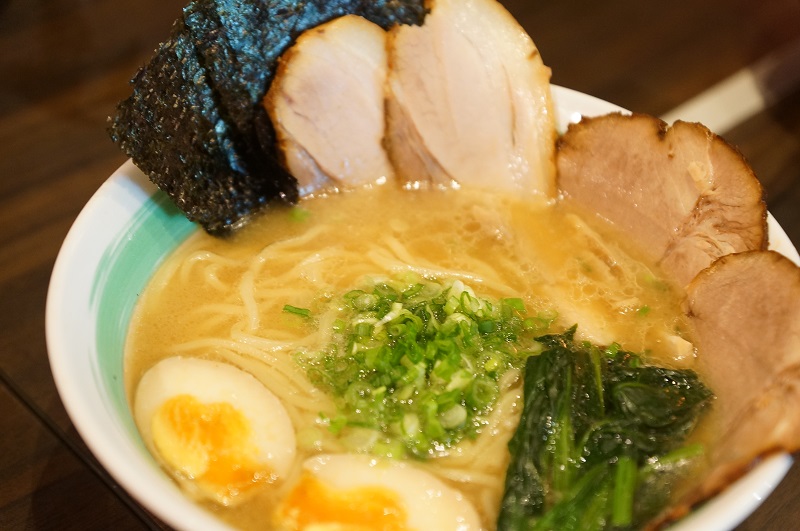 At least 7 hours are spent daily on the making of the broth. This miso ramen retains the original flavour of Sapporo ramen: 3 types of miso are used (red, black and white) just like the Traditional Miso Ramen of Sapporo. The base is made from both pork bone (Tonkutsu) and chicken, and curly yellow medium ramen noodles are used compared to the white ones previously as the curls of the noodles apparently traps the flavours of the soup. 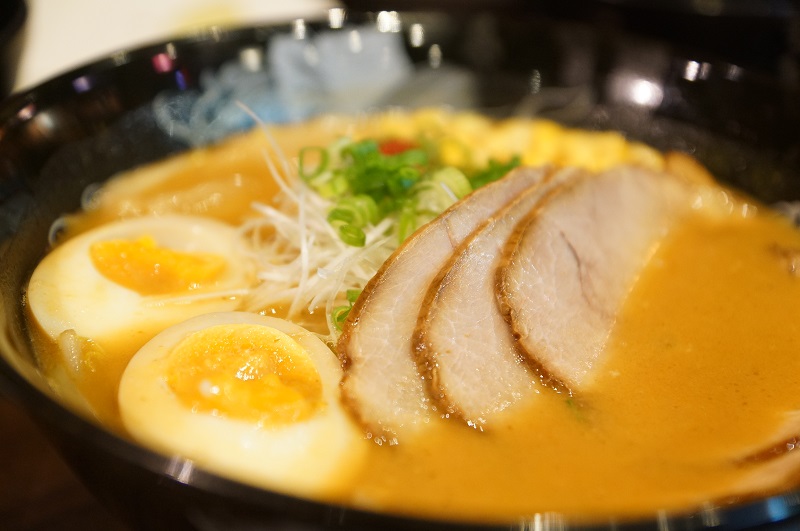 VERDICT: My mum and I went with the Miso Special Ramen! Mainly because it was the least oily of all, and we loved thin ramen noodles. The egg was also of our desired consistency and the marination of the pork slices was also pretty decent. Esther and Steve who sat at the same table as us chose the Triple Chashu Ramen and the Special Power Ramen as their favourites respectively.

On top of the ramen we also had a chance to try some of their sides:

Said to be one of their specialties, we thought that it was really just small fish nuggets that wasn’t anything fancy. Probably the priciest fish nuggets we’ve ever had! 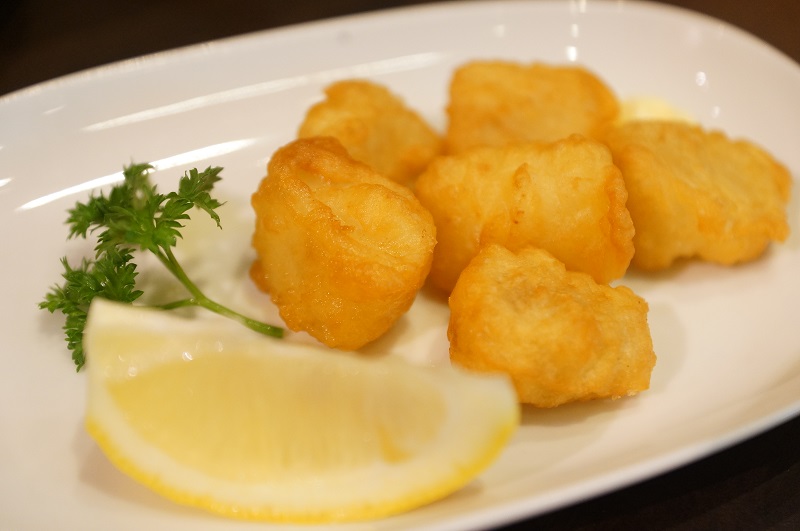 The lobster paste had a tinge of wasabi to it so beware! The greens were fresh and crunchy, served with a Japanese sesame salad dressing to give it the extra kick. You might want to use it sparingly though as the lobster paste was already rather salty on its own. 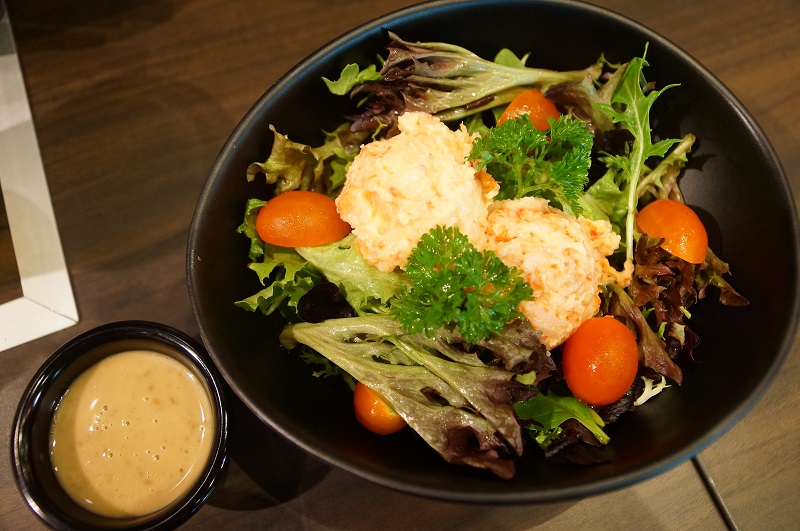 The Mentaiko sauce was extremely salty, it overpowered the taste of the meat filling. That said, the gyoza filling was extremely thin! 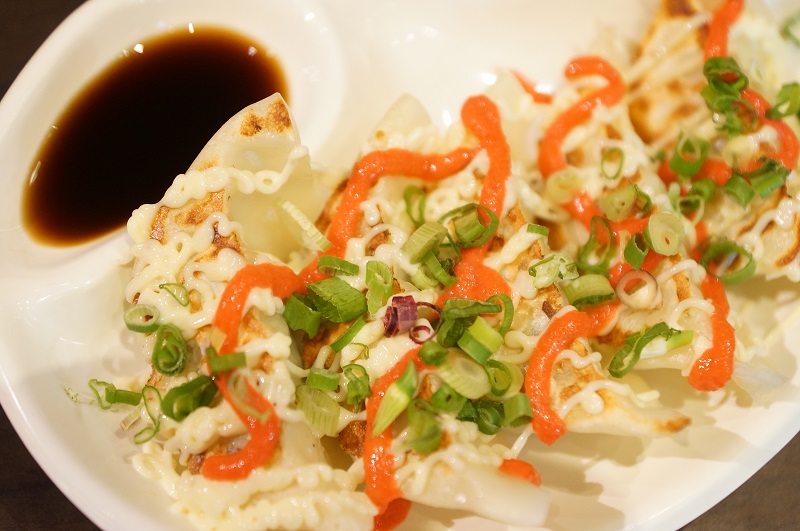 Extremely crispy skin with tender meat, this was a dish we couldn’t get enough of! Quote from mum “This tastes even better than 4 fingers!” Well, why not head down to Ramen Champion and judge for yourself? (; 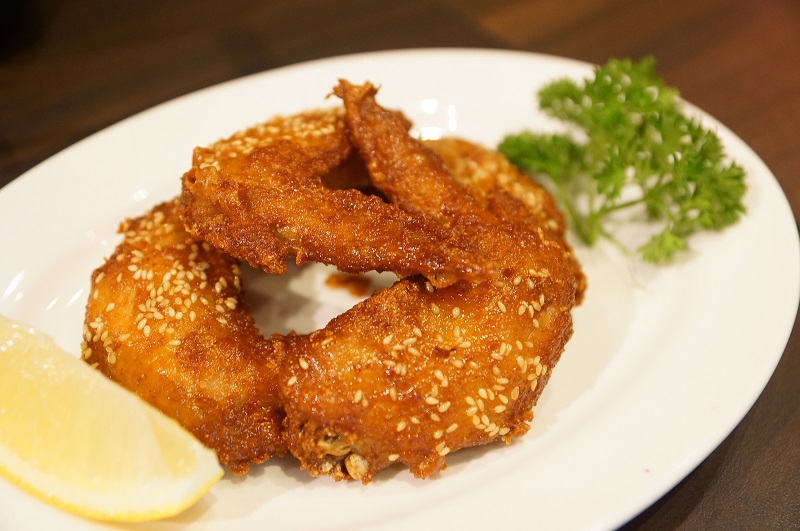 On the whole we thought that the dishes were all on the slightly saltier/oily side although all these did mean that the food had a lot more flavour to it. Health or flavour – you decide! Aaaaaand before we forget, if you’ve got a favourite chef you want to keep in stores, judging criteria includes sales takings and vote counts via SMS, Facebook and on site voting. We’ve already made our vote, have you?