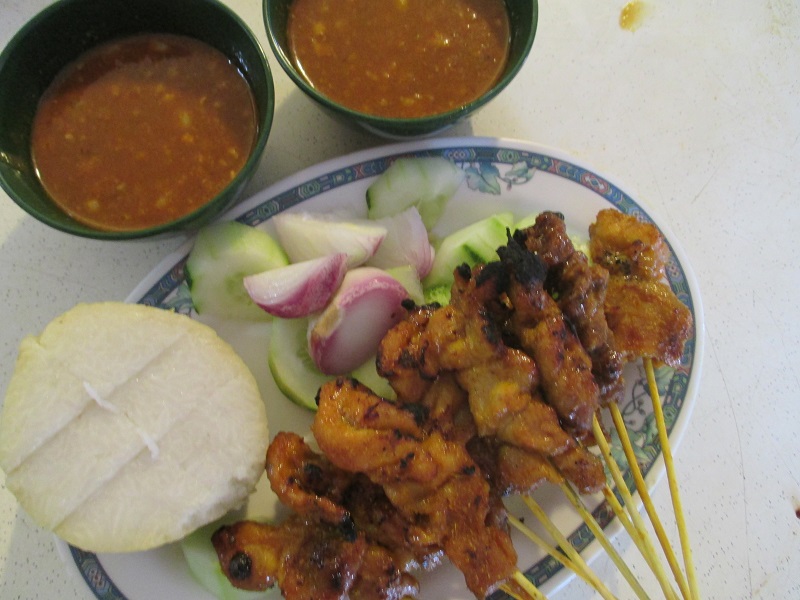 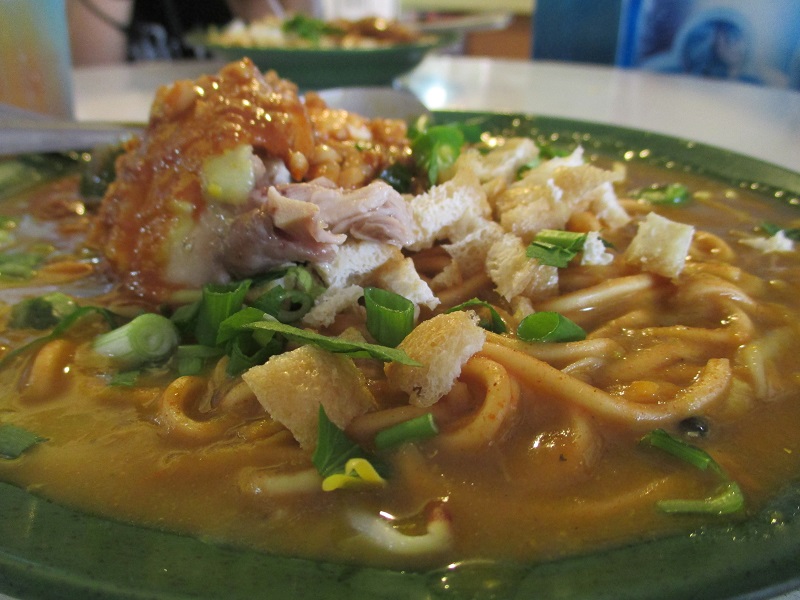 Rahim Muslim Food is well known for the power mee rebus which has been featured quite a bit in the mainstream media. There is a catchy tagline printed on the signboard “If it doesn’t taste good, tell us. If it does, tell your friends!”  What a confidence statement with their food. 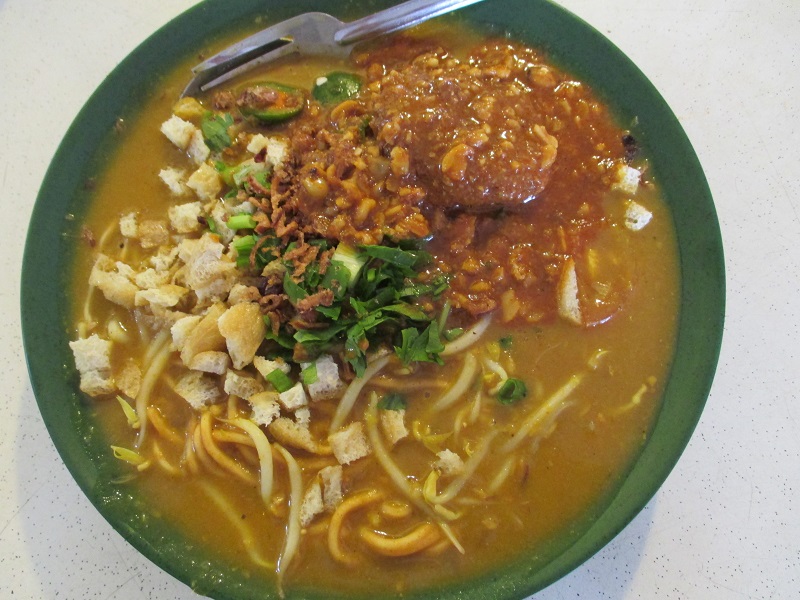 Good food is always in our fond memory especially from our childhood experience, many great food have since been vanished or ruined in the hand of the new generations.  My love of mee rebus started during my childhood as well, there was this Malay uncle selling Mee Rebus in the coffeeshop just outside my primary school in Geylang, every morning he came with two mobile closets of mee rebus equipped with all the necessary things to run his mee rebus business, before he can settle down, the stall was usually engulfed by the crowd for his scrumptious mee rebus. Of course, the mee rebus was packed with fragrance and was one of our top favourites, so nice that we had at least patronised the stall once every week. And we know this is always the power mee rebus in our memory.

Opened since the 60s, Rahim Muslim Food is in the hand of their third generations, Rahim power mee rebus uniqueness lies with the additional ladle of satay sauce on top of the chicken (pay extra for this topping) and noodles. The tumeric seasoned chicken was tender but ordinary, the mee rebus gravy was thick with a tinge of sweetness, quality and taste in general cannot be faulted but however, there was something missing in the gravy, the gravy just lacking the emulsification from the flavour of the seafood stock if compared to the Afandi Hawa & Family Mee Rebus from Geylang Haig road Food centre. 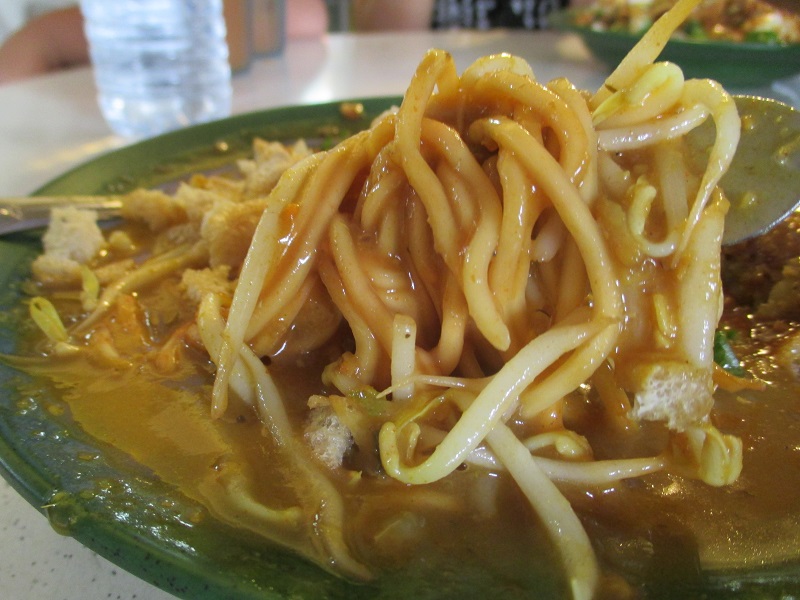 If to put forward our frank opinion, Afandi Hawa & Family Mee Rebus from Geylang Haig road Food centre is still with the upper hand when come to the hype of the best mee rebus.

Besides their famous mee rebus, Rahim Muslim Food sells satay and mee soto as well, we ordered the chicken and mutton satay with the ketupat (rice cakes). The mutton satay was more tender than the chicken satay, seasoning can be further improved to enhance the tastiness of the meat, likewise for the satay gravy. 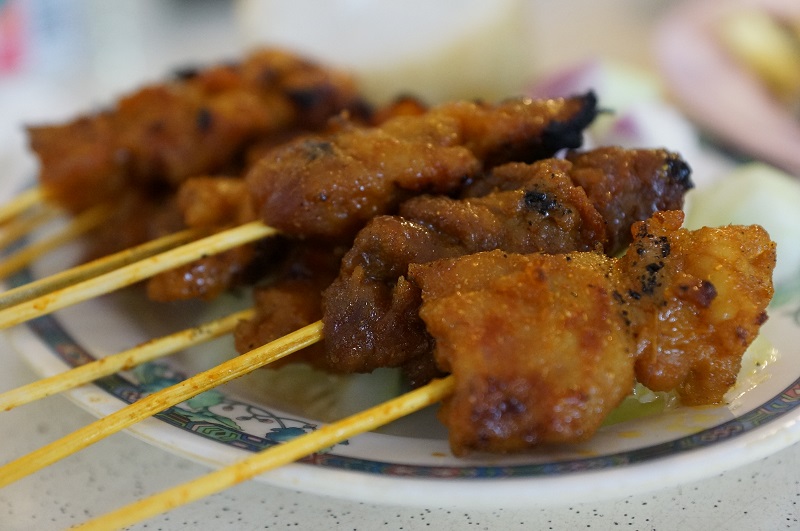 Overall, Rahim mee rebus is definitely above the average but our love of mee rebus is still go to Afandi Hawa & Family Mee Rebus from Geylang Haig road Food centre. 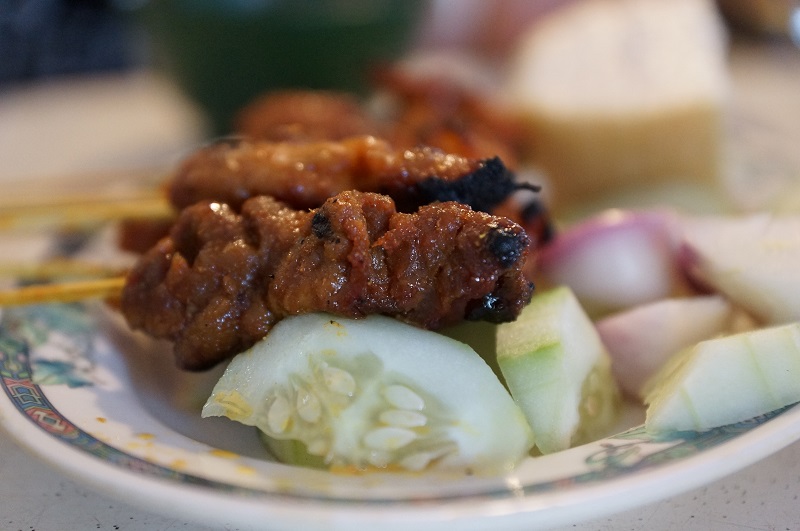 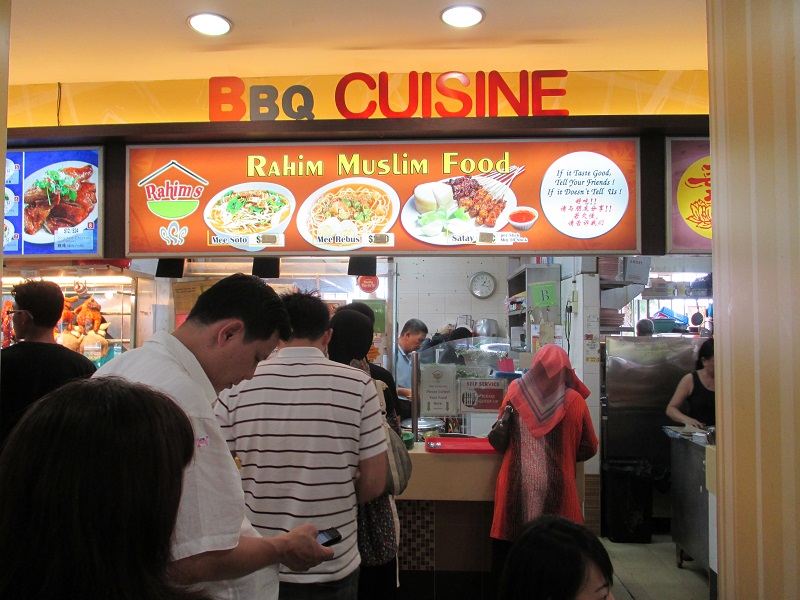