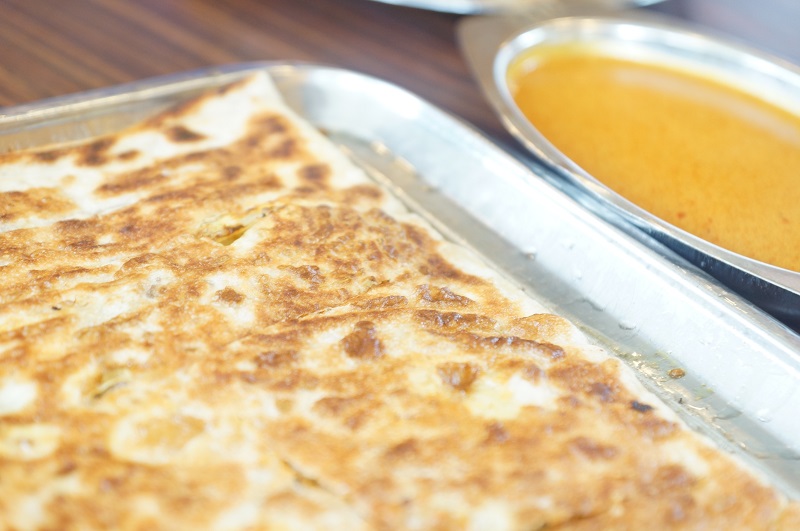 Formerly managed by The Casuarina Curry restaurant, The Prata Place is now run as a separate entity. Reaching The Prata Place at 11.40am, it was already packed and flooded with people. Luckily we managed to snag the last available seat in a small corner. 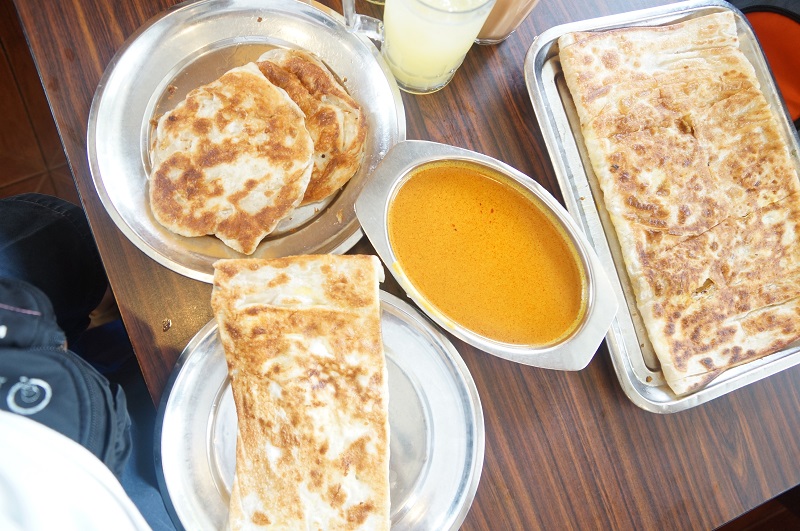 We ordered the Plain Prata, Egg Prata, Mutton Murtabak and a sweet one, the Red Bean Prata – but because of the crowd, our food took close to half an hour to arrive! So how did the Prata fare?

Unfortunately, the plain prata was crispy but it was too tough for our liking. Crispy, flakey layers with a smooth and chewy texture are what we look out for in a prata – but this one clearly missed the mark. Taste-wise, it also lacked the usual aroma that you look forward to in a prata, usually from the Ghee that’s typically used. Without the curry, it would have been pretty much tasteless. 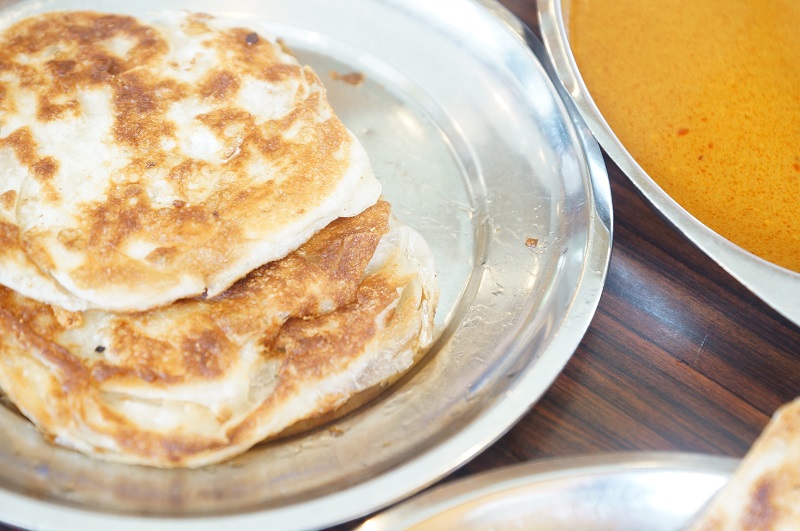 Like the plain prata, the egg prata didn’t fare too well either, it was again much lacking in the flavour department. While it was thin and slightly less tough thanks to the egg, it wasn’t crispy, which made it the prata that we liked the least. 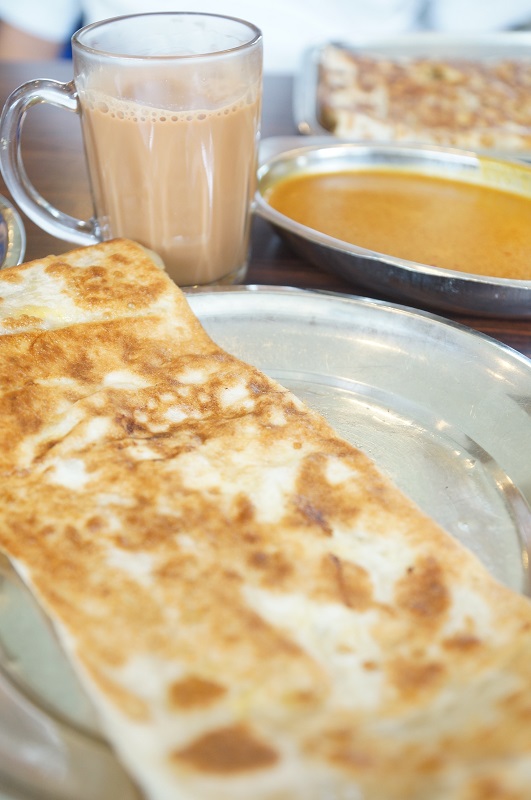 We’ve already established how unsatisfying the prata is, but thankfully for the murtabak, the mutton filling was tasty and fragrant, saving the dish. Still, although this was the best out of all the savoury pratas, the minced mutton bits were also a bit on the dry side. 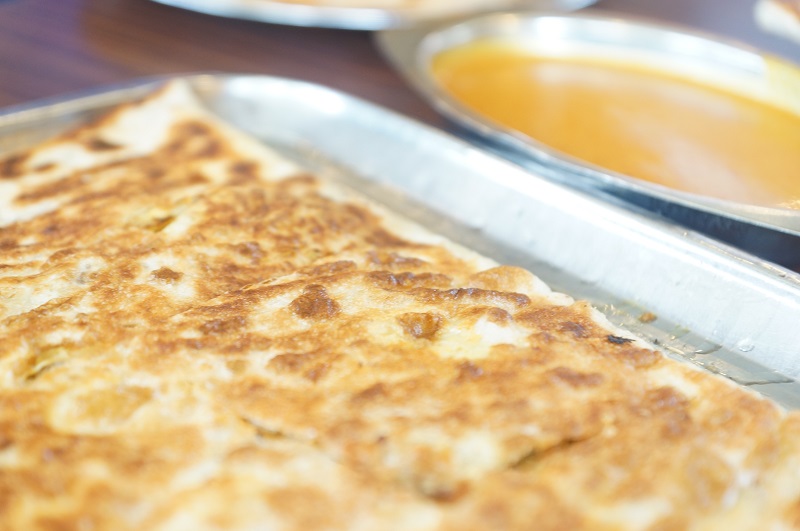 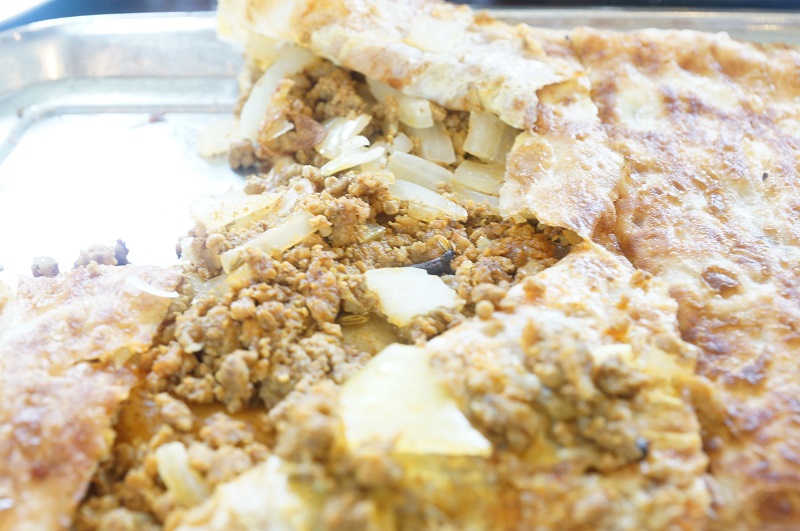 Very crispy thin layers embraced the red bean with such tenderness, it was almost a magical feeling to savour. I’ve personally never been a fan of sweet pratas as I like to stick to more traditional flavours, but this simply blew me away. The red bean paste was fine and fragrant, loved it! 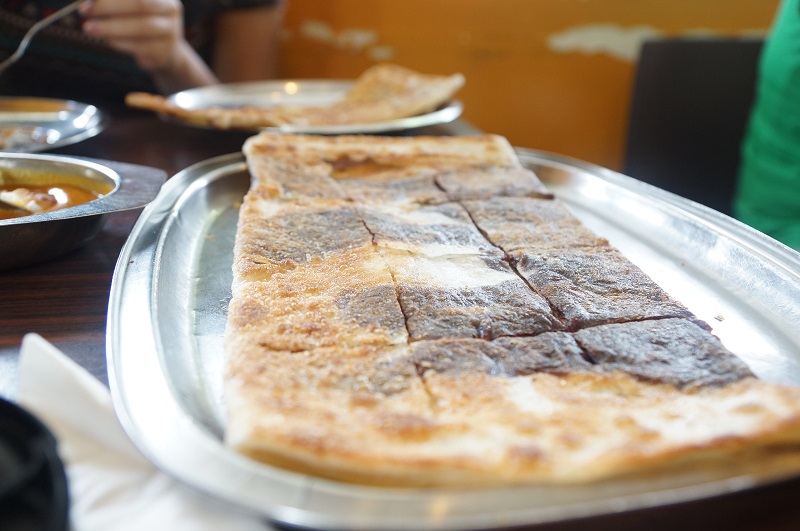 Thick with a lot of coconut milk, there was probably a tad too much of it, as it overpowered the fragrance of all the other spices in the curry.

Lacking very much in any flavour from the fish, the curry was merely sour and slightly powdery.

While pratas are not exactly healthy to begin with, the pratas at The Prata Place are exceptionally oily. If the prata was good, it could be overlooked, but sadly it just wasn’t. It might have been due to the fact that it was a full house, so they could not give each and every one of the pratas the attention and care that it needs; quite a pity!

Overall, we highly recommend the Red Bean Prata if you want to try something different. Let us know if they’ve any other better dishes we might have missed out on! 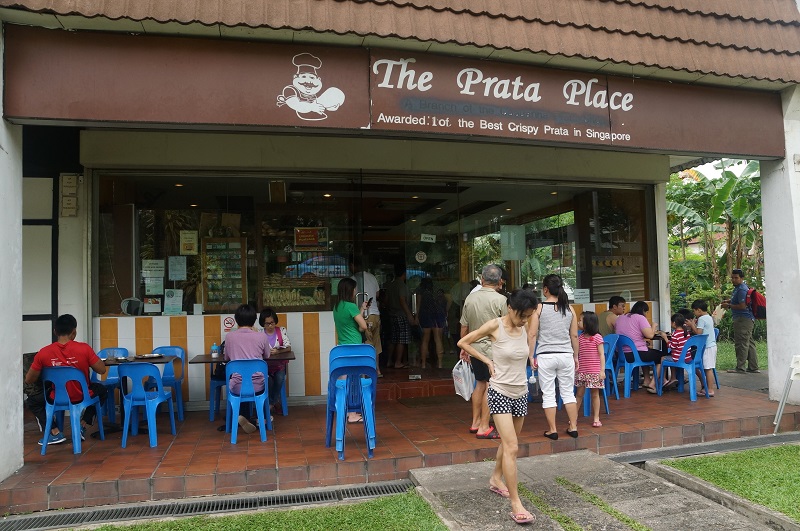