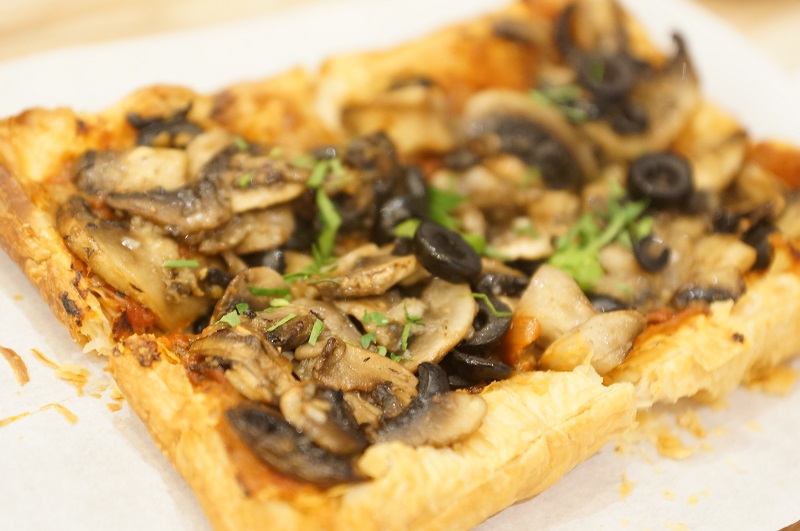 We were invited to review this establishment.

Poulet opened their very first Casual Dining Restaurant in Bugis+ two years ago, offering us affordable French classics. With an open concept kitchen, we could see the chefs in action – and check with anticipation if that very next plate they’re preparing would be for our table. Since then, Poulet has opened 9 outlets (with one opening soon) and they are still growing. Are you wondering how Poulet has been expanding at such a pace? Well, you’ll get an idea why once you get through this review on the launch of their new menu!

The raspberry dressing was very rich, tangy and appetising! Unlike most salads out there, the crunchy and fresh greens were all chopped up so it’s real easy to eat. (No more trying to stuff big pieces of lettuce into our mouths only to have it smear sauce all over – or is that just me?) The smoked duck slices were chewy, tender and savoury too. Yum! 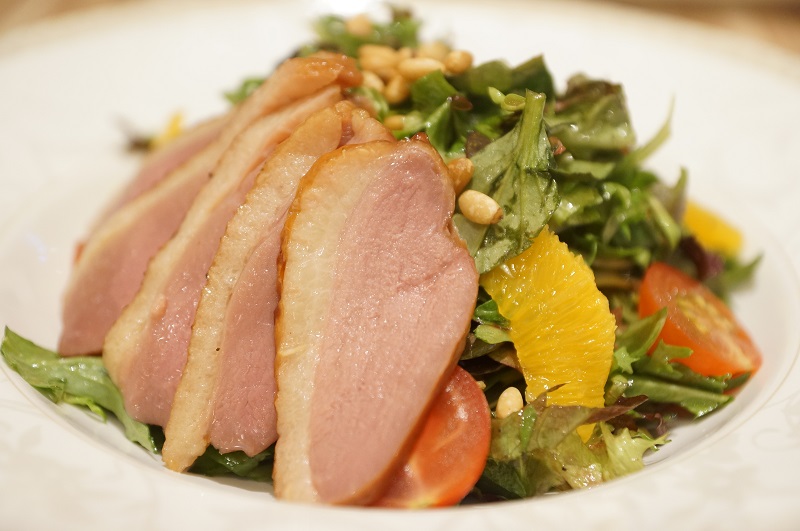 Someone in the group mentioned French is one of the most beautiful languages in the world, but I think it’s definitely not the easiest – we had a hard time just trying to pronounce the names of all these dishes. 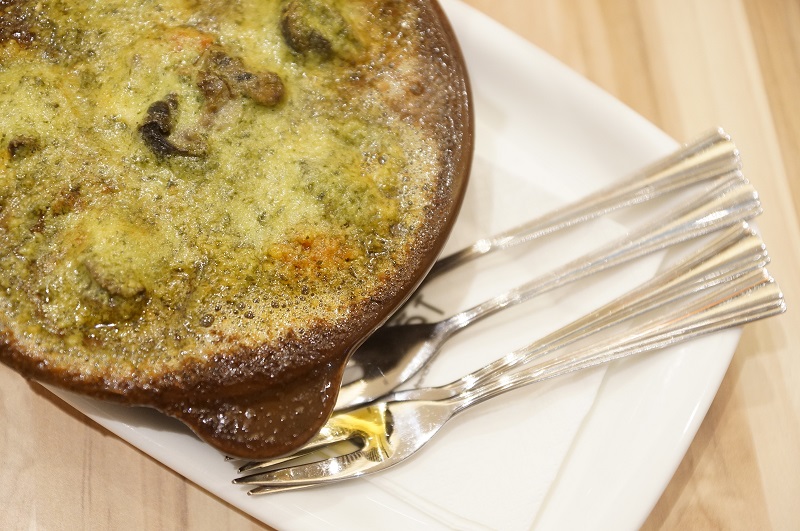 This was the very first time I’ve tasted escargot, and I was pleasantly surprised. I was half expecting it to be chewy and rubbery like some abalones out there but it was far from it! The escargot was of the right texture, and the fragrance of the almond garlic butter wafted past our noses immediately after it was set down on the table. The sauce was perfectly salted, and I know everyone at the table was trying to make sure they got to every last bit of the sauce.

We’ve all watched the animation movie but honestly speaking, I didn’t know what the dish really consisted of until today. The Ratatouille is actually a classic vegetarian dish with French stewed vegetables (tomatoes, zucchinis, eggplants and bell peppers) – Poulet’s version was flavourful and the ingredients were cooked to the tenderness of tofu. 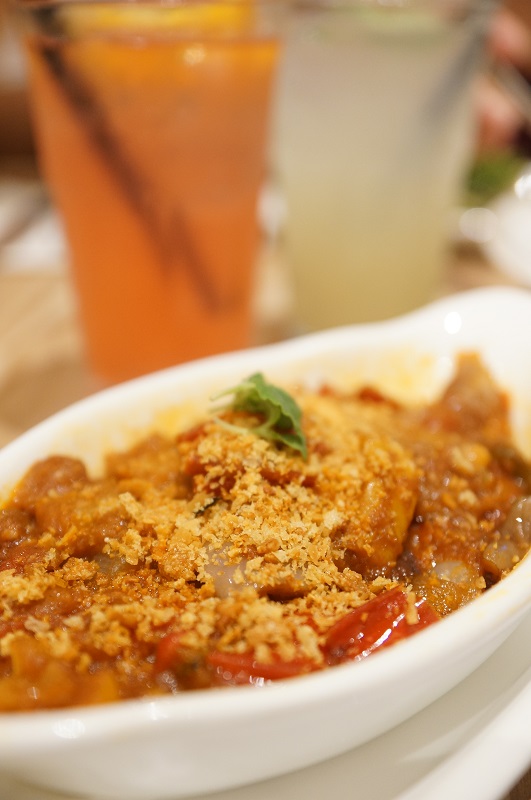 There’s a famous Chinese dish paper wrapped chicken (纸包鸡) and here at Poulet they have paper wrapped fish. The Halibut fish was baked in parchment paper served with garden vegetables and white wine sauce. The entire dish was very light, and the fish was so tender it melts in your mouth. The essence of the fish was fully infused in the sauce and we slurped up every single drop of it. 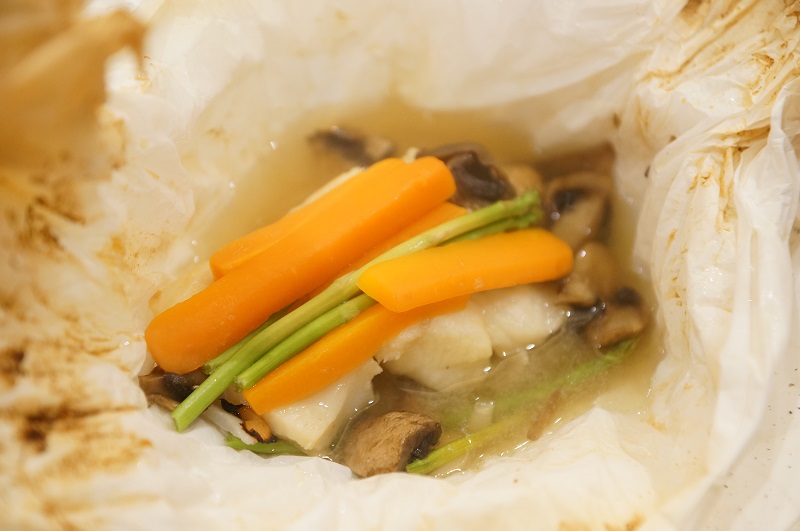 Before we go on to talk about the different sauces, we should add that we were wowed that they marinate the chicken for a full day – which explains why it was so tasty. Coupled with the tenderness of the chicken, it’s no wonder this is Poulet’s signature dish! 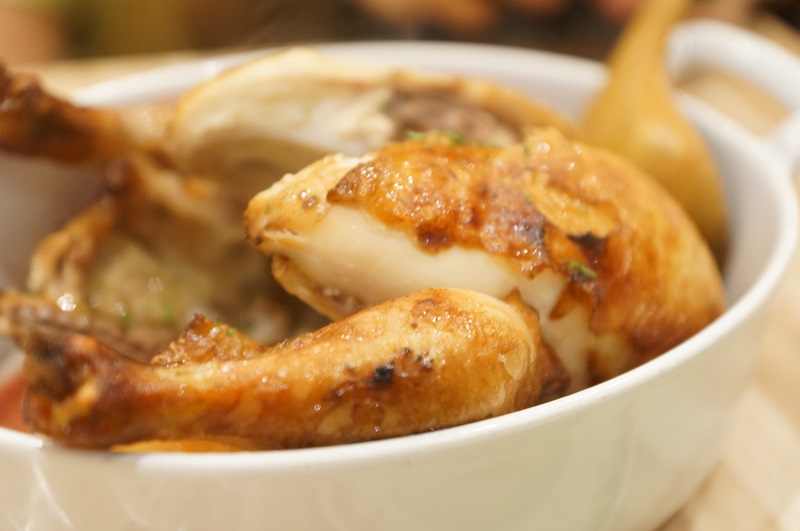 Poulet Diane was served with traditional brown sauce with bacon and mushroom, which tasted fine – but we felt like it wasn’t as unique as the mushroom chardonnay sauce. 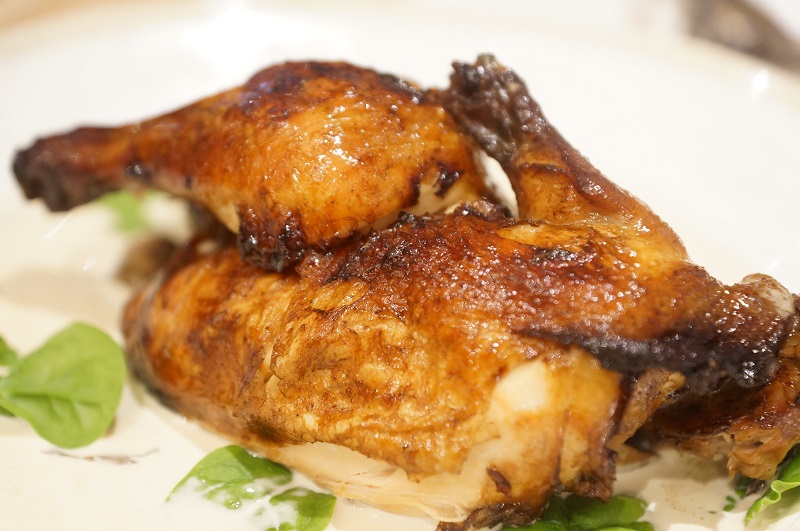 Abundant truffle flavour, rich and creamy, one of the best mash around! (Needless to say, my little brother wiped out one entire bowl on his own…) 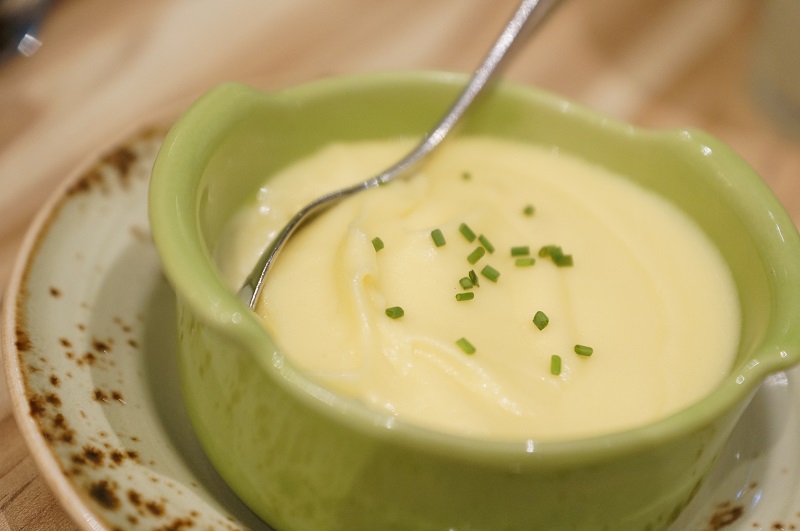 Fat chunky pieces, it was crispy on the outside yet still soft inside. (My brother showed no mercy and everything disappeared into his tummy within seconds.) 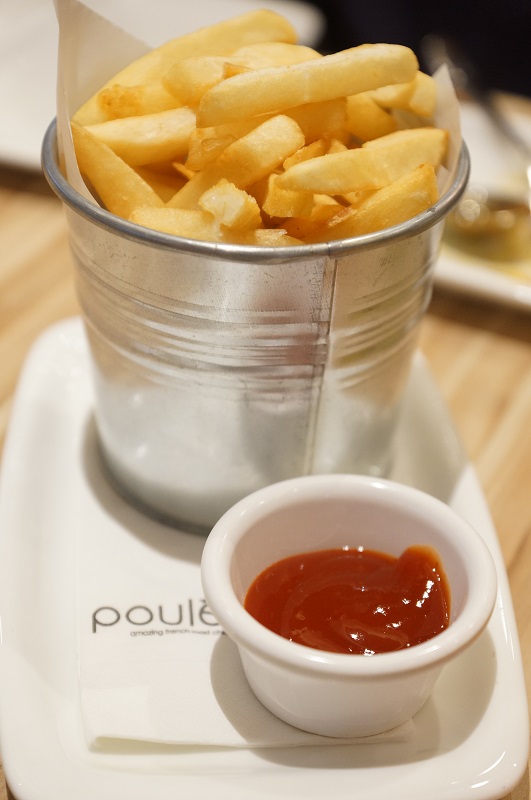 A Pissaladiere is actually an open faced pastry resembling a pizza, otherwise sometimes known as French Pizza. Unlike the Italian pizzas out there with bread crusts, the crust is tart-like here in Poulet and no cheese is used, staying true to its French origins. Instead, it was topped with homemade French Onion Jam and Black Olives.

I love everything pastry like so when I learnt that the pizza had a fluffy and crispy thin base, I was over the moon! For the first time pizza wasn’t so filling and overly cloying because it didn’t have a chunky bread crust filled with ginormous amounts of cheese. We could easily eat 3 of these pissaladieres and still feel less guilty than eating one regular sized pizza. Whatever toppings you chose, be it the chicken or the mushroom, both went well with the caramelised onion jam – we couldn’t get enough. 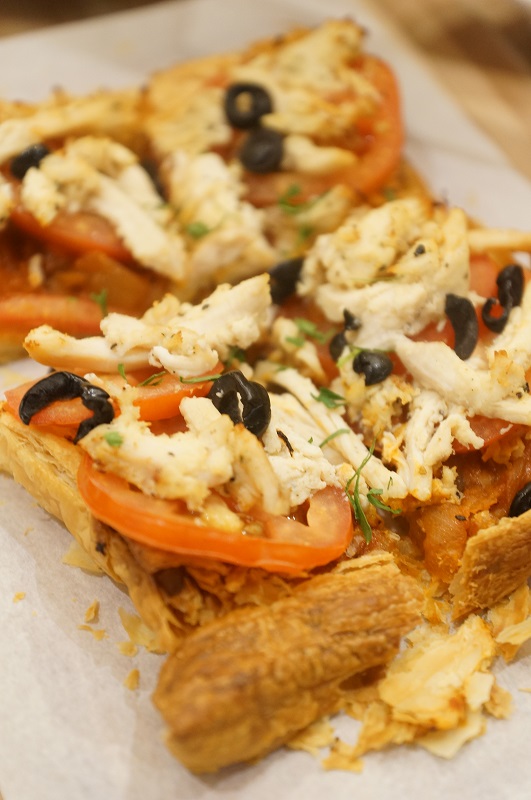 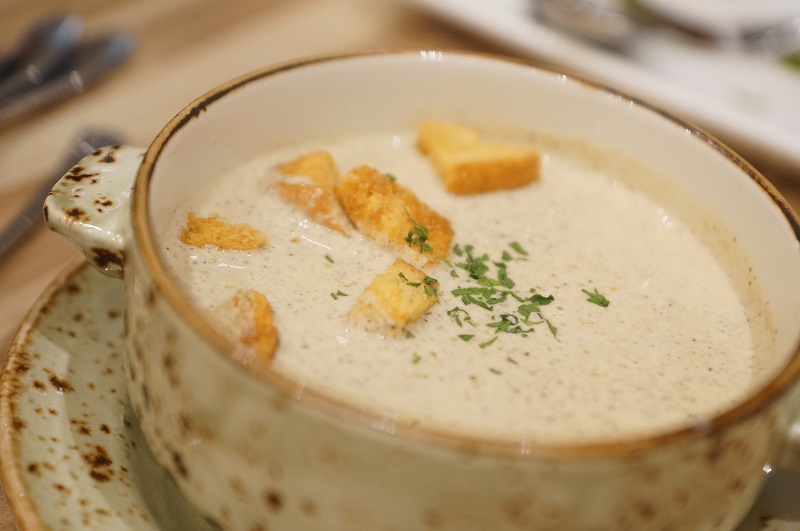 Rich but a bit too salty for our liking. Loved the croutons for both the soups! 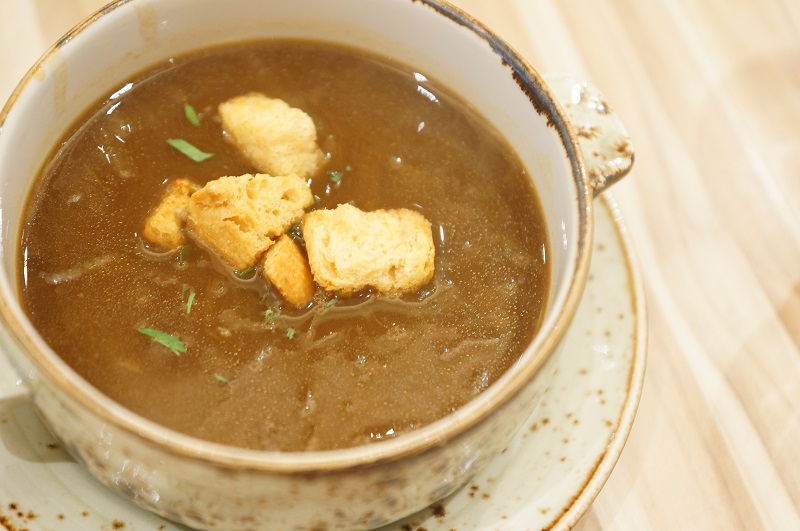 Loved how there wasn’t a lot of fat in it so it wasn’t too much. It was another one of the dishes that we could have more of and still feel less guilty as compared to other pork belly dishes served with tons of fat. The meat could have been more tender though. The double mustard topped on the pork belly blended very well with it. 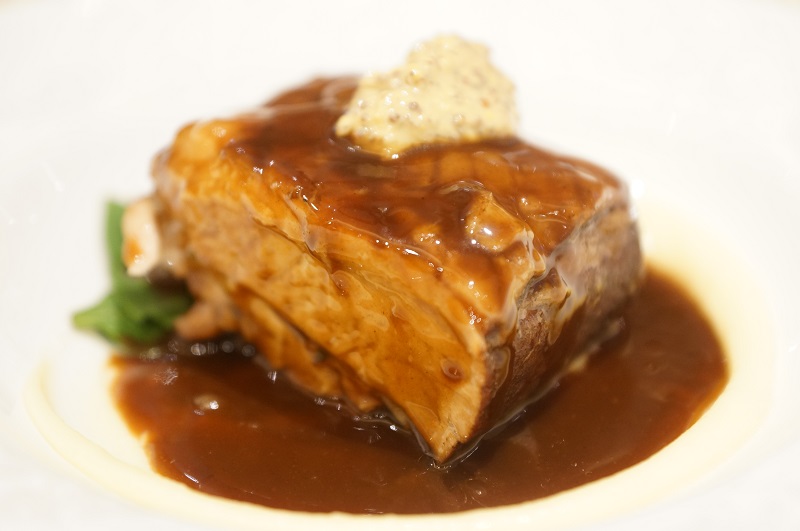 Pressure-cooked Oxtail in Red Wine sauce with carrots and onions, the meat was so tender and soft it slides off the bones easily and melts in your mouth. Love it! 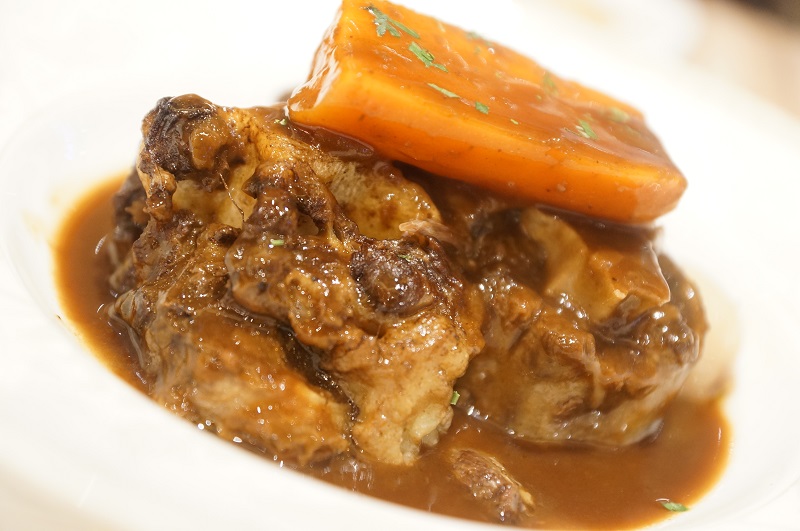 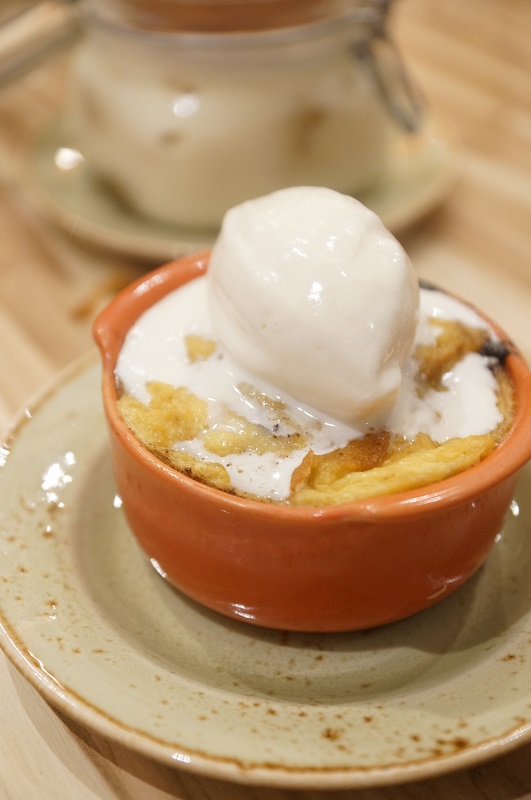 Depending on your personal preference, if you like a lot of mascarpone cheese in your Tiramisu, you’ll definitely love this one. As for the sponge gingers soaked in espresso and rum syrup, the taste of the rum and espresso wasn’t very strong. 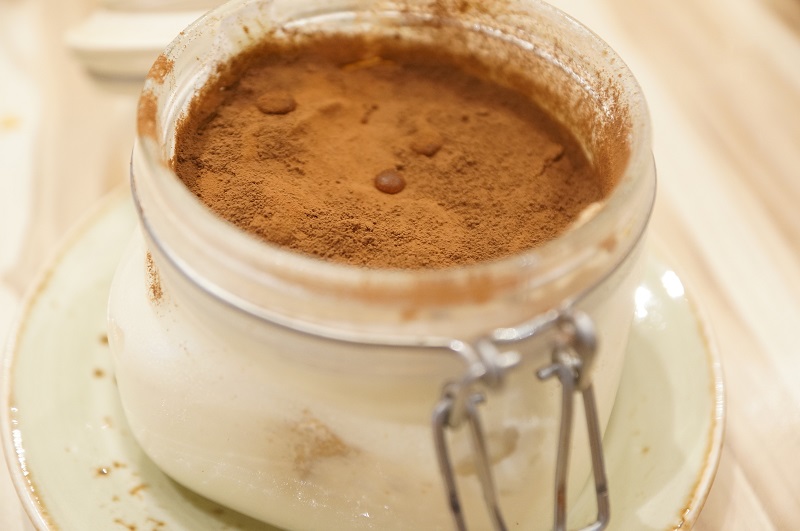 Smooth and not too sweet, it’s very light. Perfect combination! We highly recommend this one. 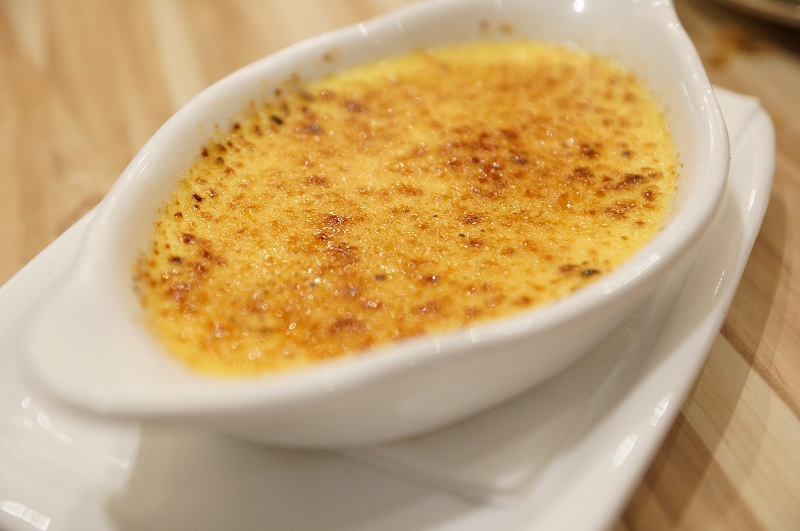 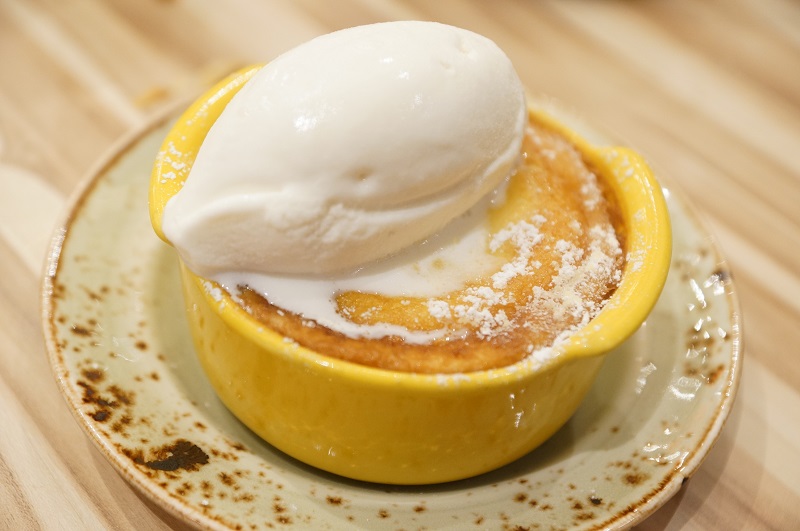 All in all, Poulet’s the place to go if you’re looking for affordable quality French food in your neighbourhood. You almost can’t go wrong with any of the dishes you order. Coupled with the good service staff, we’ll be sure to come back again soon to have more of their Smoked Duck Salad, the Escargot, the mains and the French Pizza. 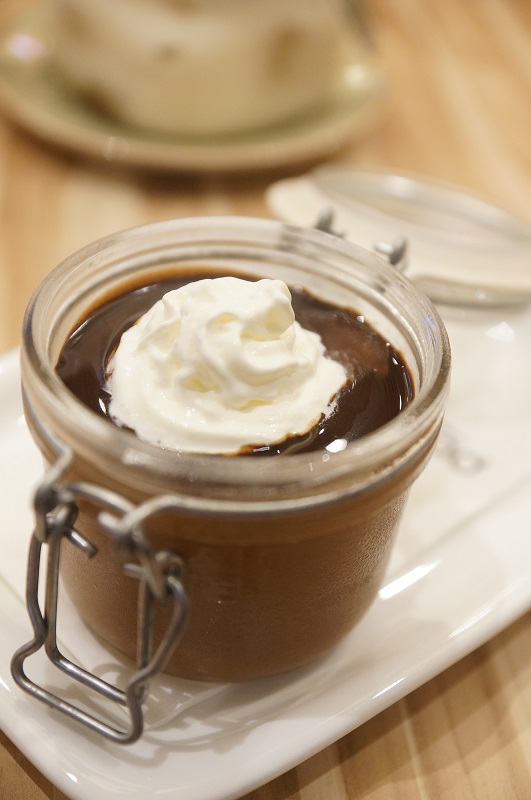 One thing’s for sure, Poulet got themselves another group of new fans and finally, we would like to thank Poulet for the invitation. Bon Appetit! 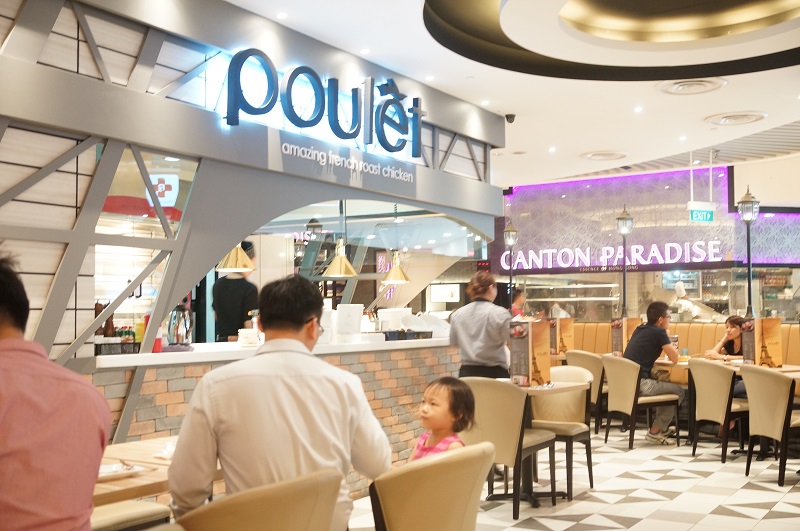 Refer website for all the branches and operating hours at http://poulet.com.sg/restaurants/