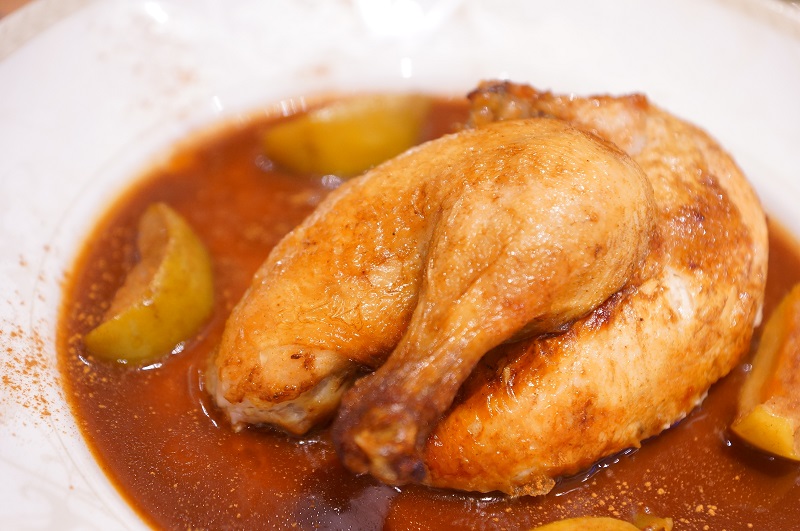 Year end is a time to celebrate the Christmas and the welcoming of a new year, A good feast is a must to pamper ourselves with the extra bonus (hope everyone has it!). We are lucky to have invited  by Poulet to try the Christmas menu and here is the our thought.

Christmas can’t go without the big birds, be it the turkey or chicken, it is a must eat Christmas dish during the festive session. Poulet is chicken in French and got to be their expertise dish. 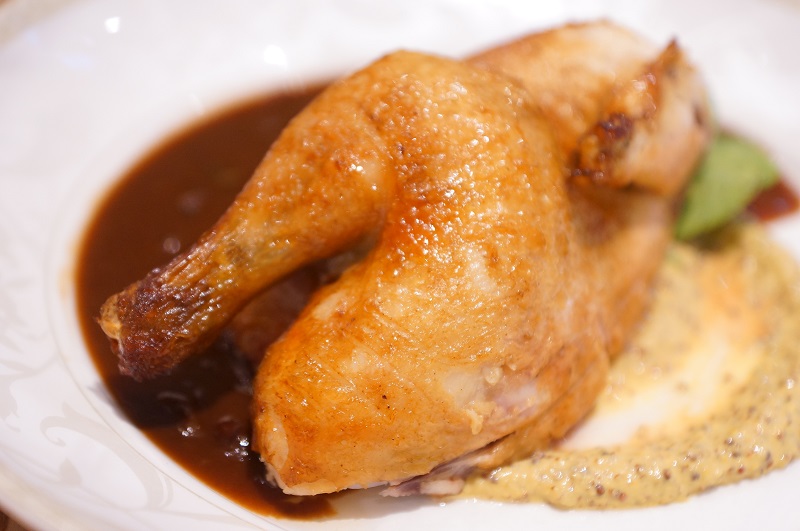 Try the cranberry and double mustard for a change, of course, provided you enjoy the mustard and cranberry so this is something very subjective to the individual taste. 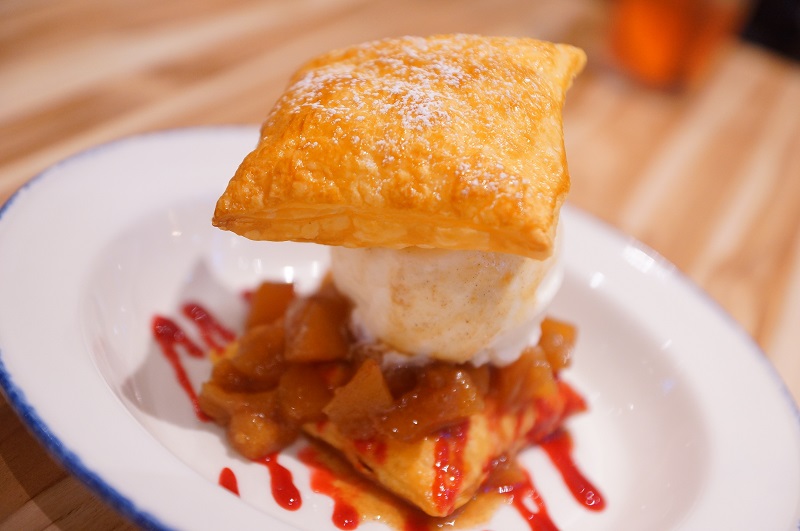 The apple tart was flawless, perfect crispiness and tasty. The vanilla ice cream was less ideal, we wish it could be more flavourful. 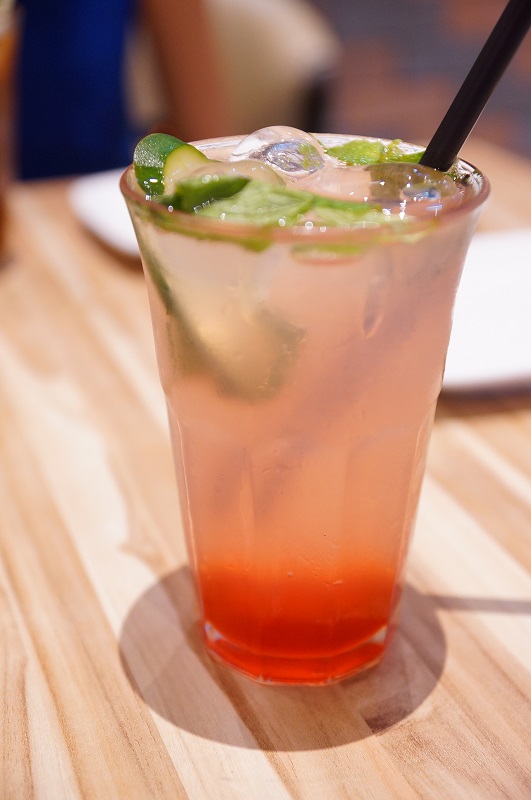 The pinky red from the citrus was mixed with the green mint and cucumber slice, the red and green combination isn’t it specially tweaked to infuse and symbolized the Christmas tinge? The drink was not too sweet and a refreshing drink well liked by the adults and the kids.

Winglets (Top-up of $5.90 with purchase of any main course) 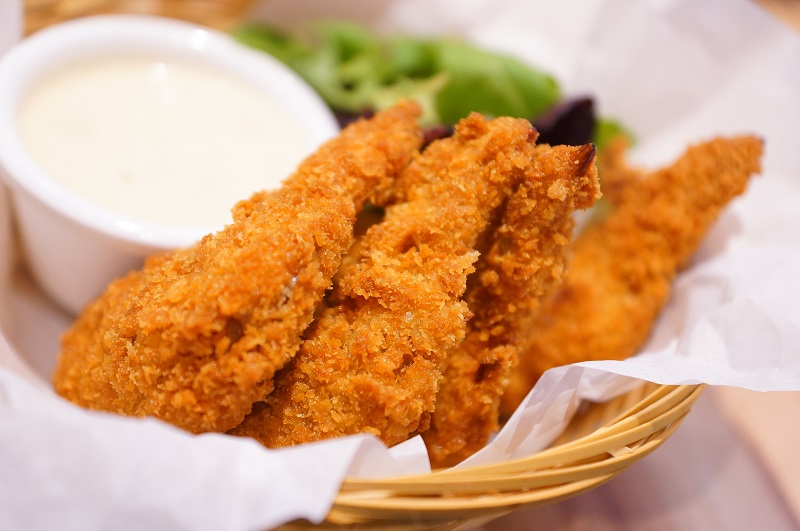 The winglets were served with the apple dip, however, we don’t think you may need it at all, the winglets were very well-seasoned and crispy, the deep fried cinnamon flavoured wings were not saturated with oil and an awesome starter for a meal.

Our verdict, there is not much we can criticize about the Poulet Christmas festive menu though the choice is limited, however, you can always go for the alternative with the wide range of selection available from the menu. Poulet will not likely to disappoint you with their affordable French cuisine.  Besides the worth to try Christmas menu, we highly recommended the following dishes that have became our must order dishes in every visit to Poulet.

Truffle Mashed Potato ($5.90++) Sorry! missed out the shot so got to use your imagination 🙂

We never failed to order this die-for mashed potato, the smooth and creamy mashed potatoes was enhanced with the truffle oil and every mouthful was simply heavenly. 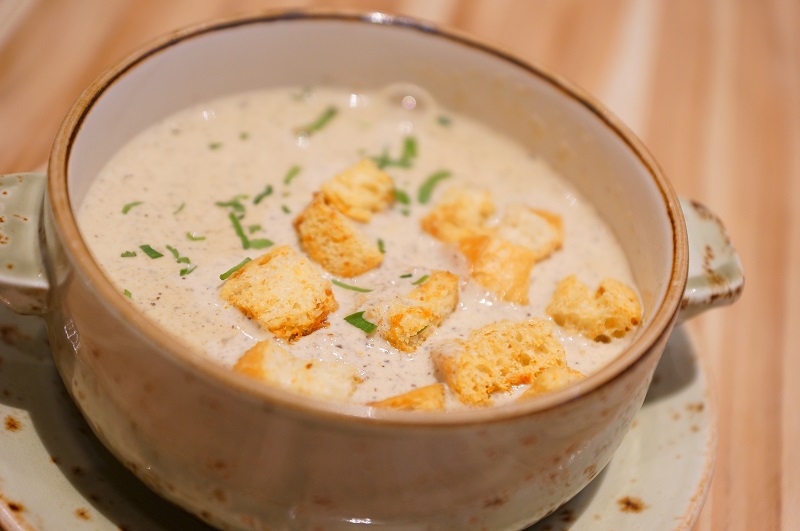 A soup that we never failed to order in every trip to Poulet, rich and creamy with the nicely toasted golden brown croutons, simply lovely. 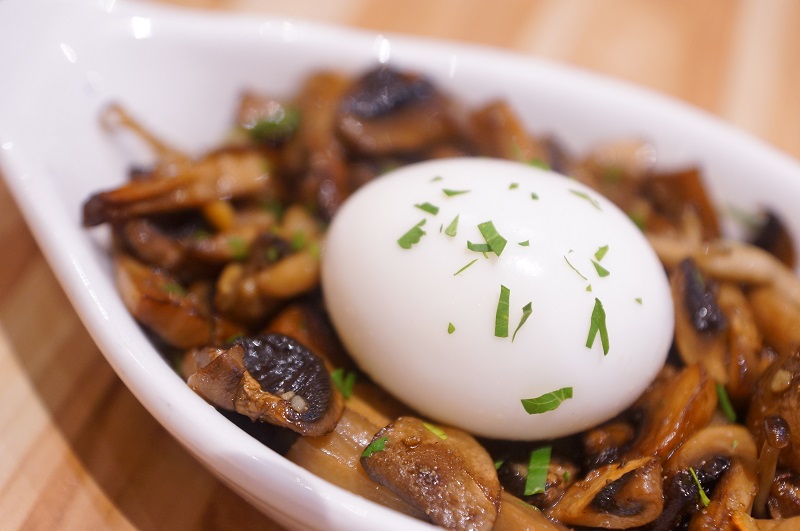 The sautéed wild mushroom was served with the poached egg, a little hard to comprehend bringing the two completely alienated items into one dish, however, it was entertaining of cutting the poached egg and to see the egg yolk sipping through the well-seasoned and fresh wild mushrooms. The end result was amazingly well married taste and a dish your should not missed. 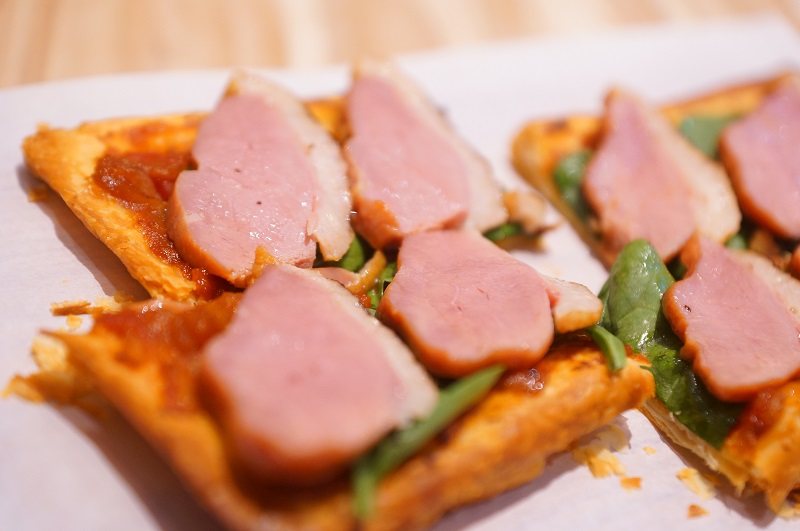 The Pissaladière is a thin-crust pizza loaded with generous portions of ingredients, quite a difference from their Italian counterpart bread-liked crust, our two gluttony teens simply love it. 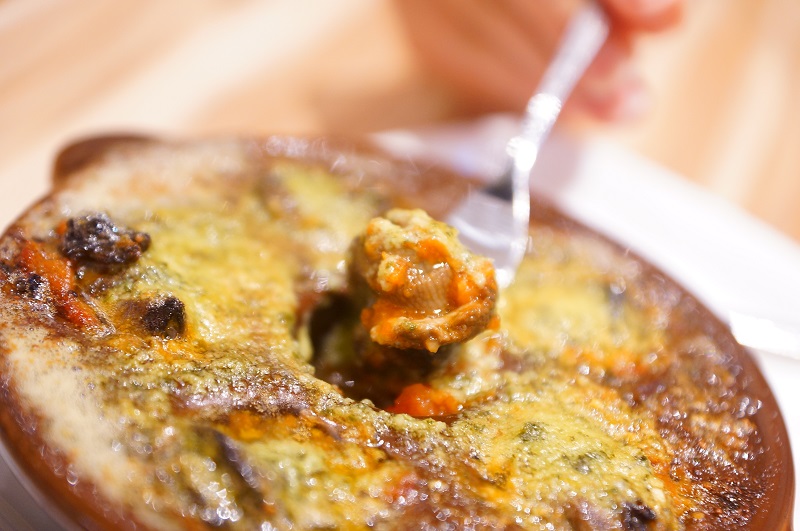 The Burgundy snails were served in a piping hot tray and nicely-seasoned, somehow, we have tried several other Poulet outlets but the one at Bedok Mall for whatever reason always taste better. This is my daughter JiaQi’s favourite and we can see her digging out the snail one after another, a dish she used to think was disgusting – by eating snails ! 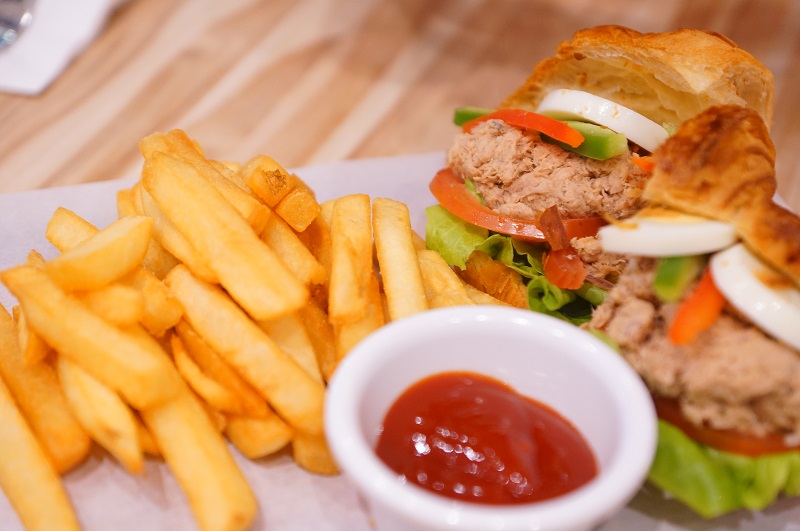 Homemade Tuna Baguette with Fresh Lettuce, Tomato, hard-boiled egg, bell pepper and served with French Fries.  We requested for this dish just for our glutton son only; he is a carbohydrate guy and need plenty of it to fill his bottomless stomach. We never got the chance to eat as he gobbled down everything in a split of seconds!