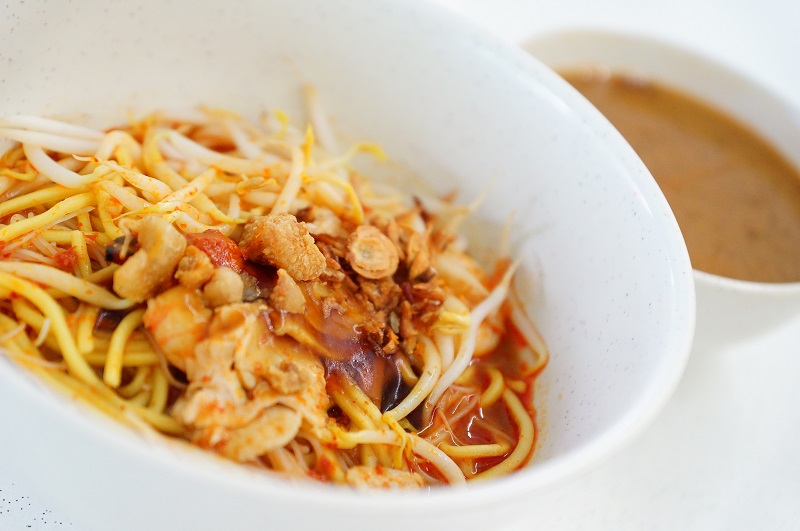 Penang Kia Prawn Mee first caught our attention when the media featured these young entrepreneurs, who gave up the comfort of cushy white collar jobs and jumped into the hawker trade. Both the founders of the Penang Kia Prawn Mee are young professionals, and was the highlighted on several media platforms. Of course, with food quality being paramount to us, some good reviews about the food here also led us to this stall. 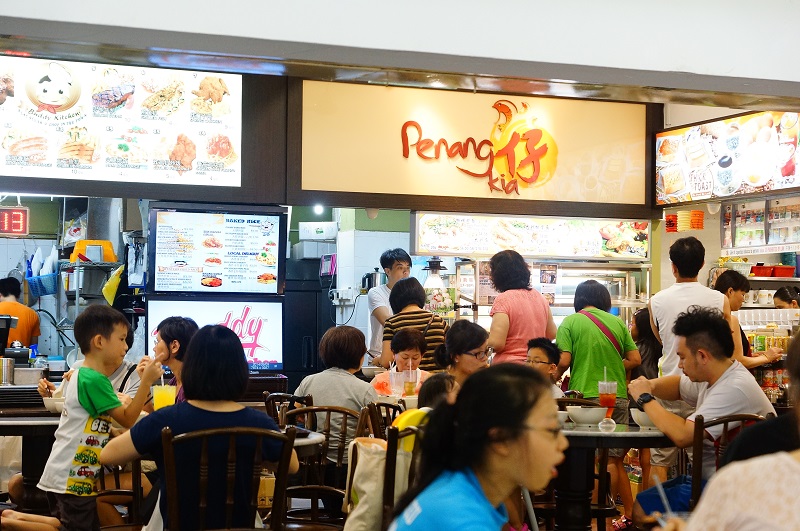 Located at Compassvale in Sengkang, it’s managed by a young couple, who both worked as cabin crew before they decided to roll up their sleeves and venture into an entirely different trade – a hot kitchen, cooking prawn noodles and become a hawker! A very courageous move indeed. 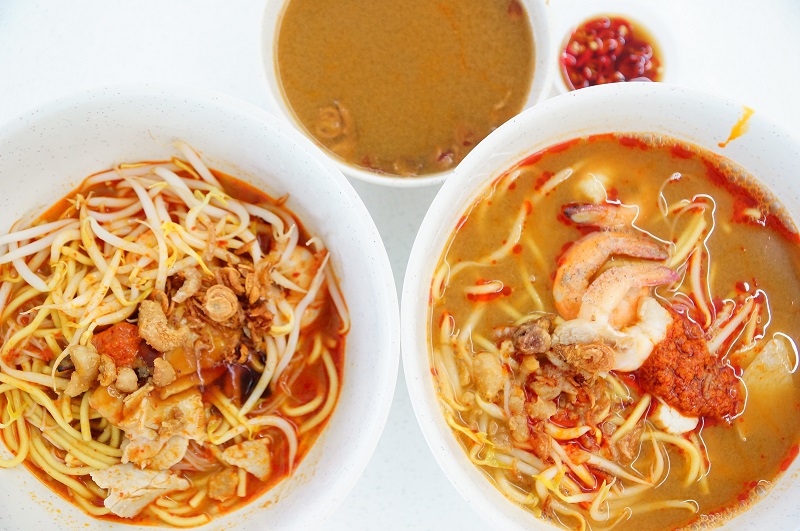 Besides the broth, which is the soul of a good prawn noodle, how well the chili sauce blends with the noodles is another crucial factor in making or breaking a good prawn mee.

Unfortunately, the sauce was lackluster, and tasted like an ordinary off-the-shelf chili sauce, lacking a wow factor. More effort is needed to improve on the recipe before it can elevate the dish. 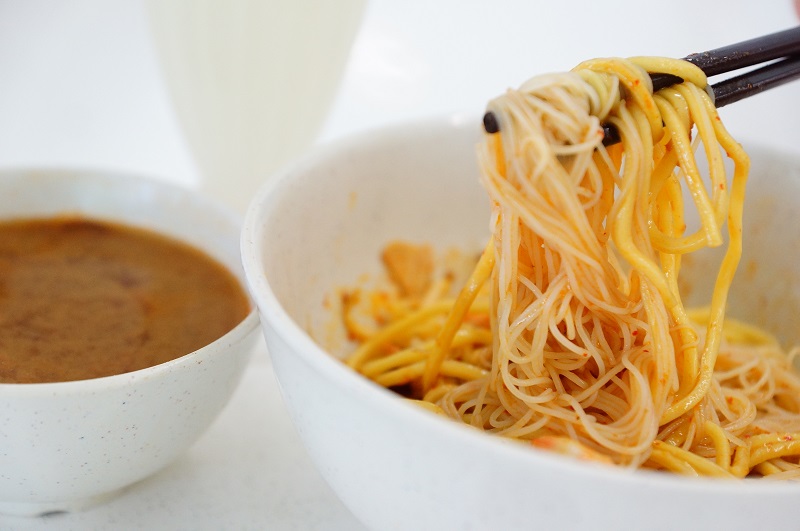 The name Penang Kia is already telling of where the prawn mee here gets its influence from, however, the prawn mee here did not in fact bear much resemblance to the authentic Penang prawn mee, tasting a little like a cross between the Singapore and Penang versions. 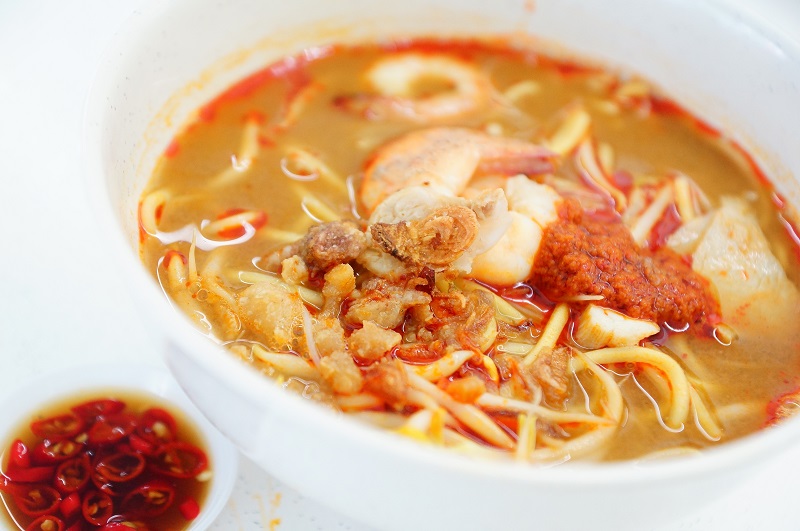 The yellow noodle and bee hoon both have the right texture, with spiciness and sweetness present in the broth as well. However, the broth was missing much needed flavour from the right ingredients and condiments used in the preparation process, or perhaps inadequate time in boiling the stock? This is even more obvious from the last two to three weeks during our hunting of best prawn mee in Singapore. We tasted at least eight popular prawn mee (sounds crazy, and my two teens have developed phobia of prawn mee) around the island, and Penang Kia will need to work hard to do some catch up with the stock. 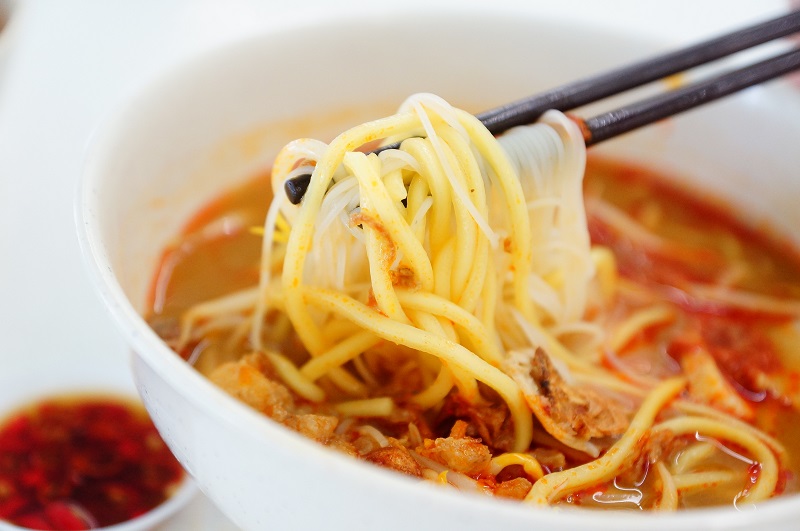 Their failure in paying attention to the details was also evident when we bit into the pork slices, as they were tough and rubbery. Maybe Penang Kia Prawn Mee is still in its learning curve in mastering their prawn mee, and we really hope that as time goes by, we’d be able to enjoy a satisfactory bowl of prawn mee from them in due!

Our verdict, while it is very encouraging to see youngsters taking on the challenge of being a hawker, Penang Kia Prawn Mee still needs to work hard to make improvements if they hope to make themselves a name in the prawn mee arena.

We will be back for another try one of these days, and hope that we won’t be disappointed again!