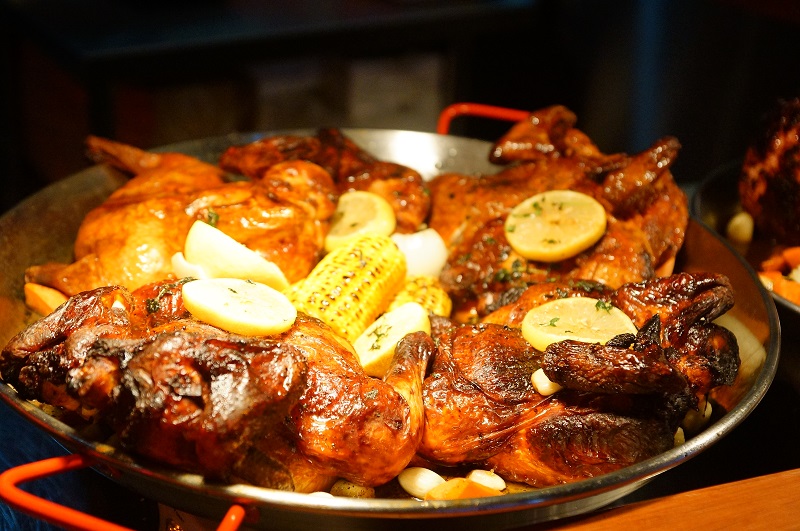 The branch of Pasarbella’s gourmet market has found it root at the Suntec City, followed the similar concept of their main outlet at Grandstand Bukit Timah, Pasarbella new addition featured 15 new concept stalls in the food court setting but with a rustic touch. From Vietnamese street food, Grill and Bar, Japanese sushi bar, burger, pastry sandwiches, Salad to juice drinks, Pasarbella Suntec City offers both the East and West cuisine in one place. A place to get your artisanal food right at the city area. 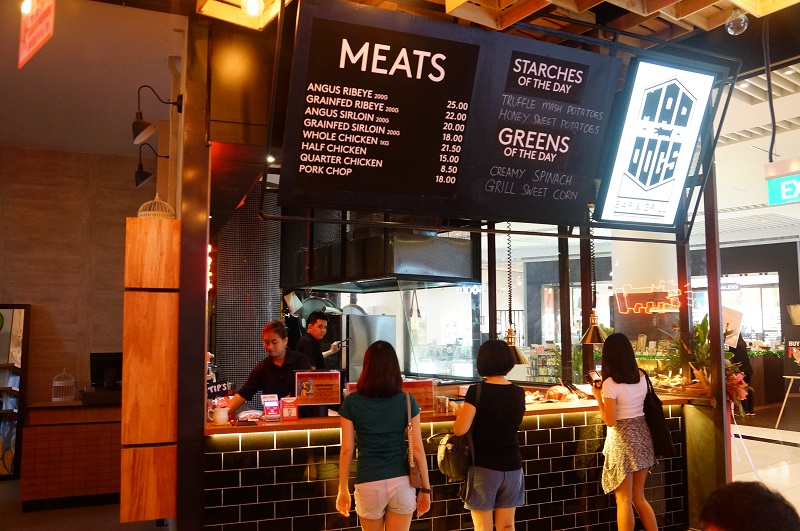 Roasted Chicken ($12.9) looks alluring, beautifully roasted golden brown but seasoning could be more in depth to infuse more flavour into the bird.

Mashed Potatoes ($3) were nice with the creamy and buttery flavour. 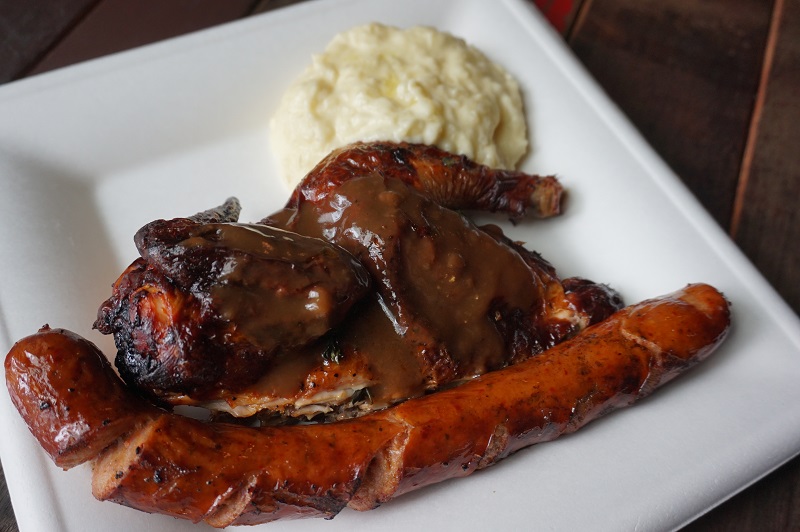 Homemade Foot Long Sausage ($6.5) came with the Italian spice and was surprisingly good with its nice texture and flavourful taste. 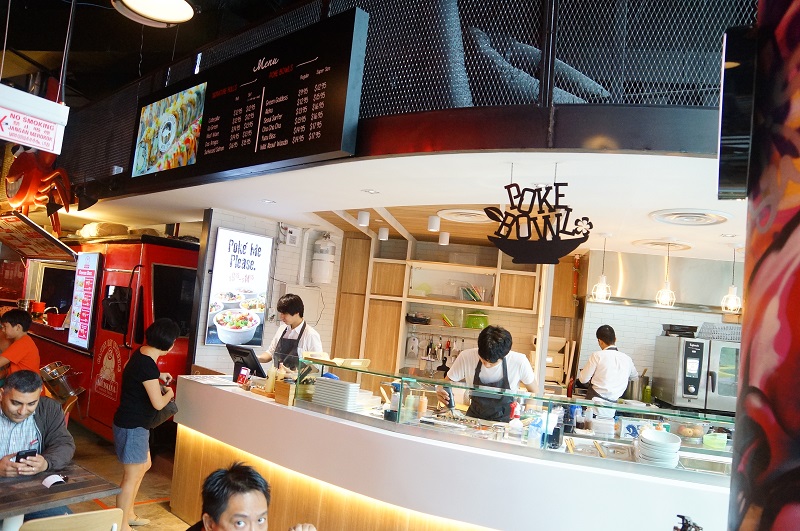 It is the biggest surprise with the high standard of the sushi rolls from the stall here, we ordered the eel set which are wrapped with avocados, white cheese, cucumbers and egg, topped with fish roe, light doused of Japanese sauce make it sushi highly irresistible to the taste buds, the supplement dipping sauce? Well, we don’t need it at all. 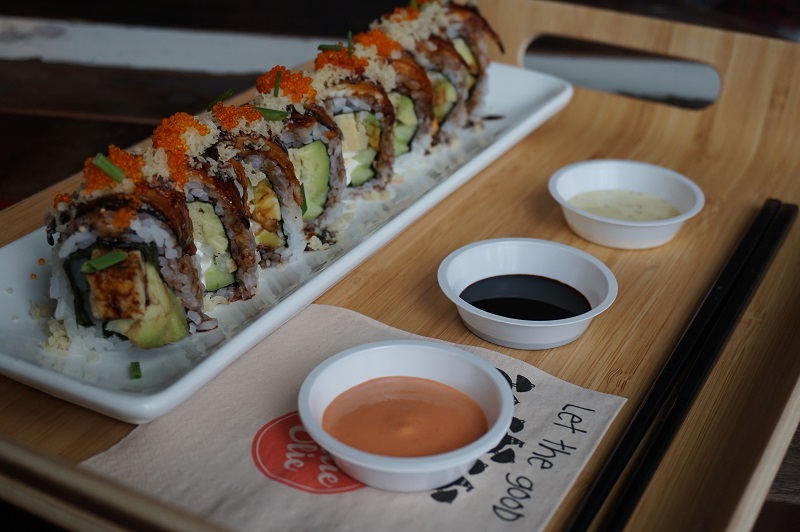 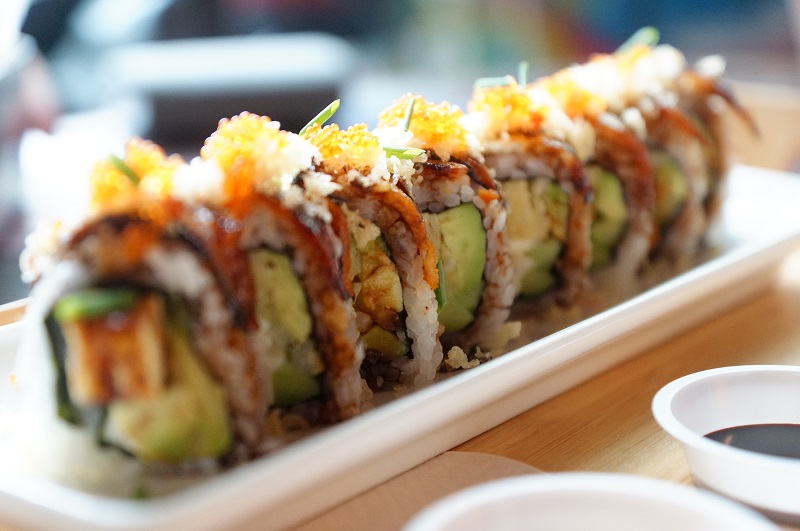 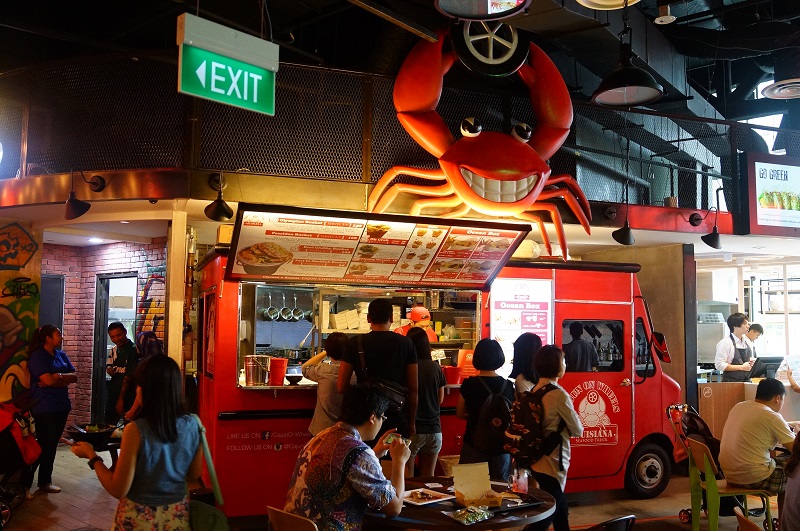 Cajun on wheels specializes in seafood bucket but we were not in the mood to enjoy and opted for the simple meals instead. The two teens obviously fell in love with the crispy truffles fries, the well seasoned fries by itself already a joy of eating, the added artificial truffle oil is strong enough to excite the teen`s further and a repeat order just to satisfy their clamor of this snack food. 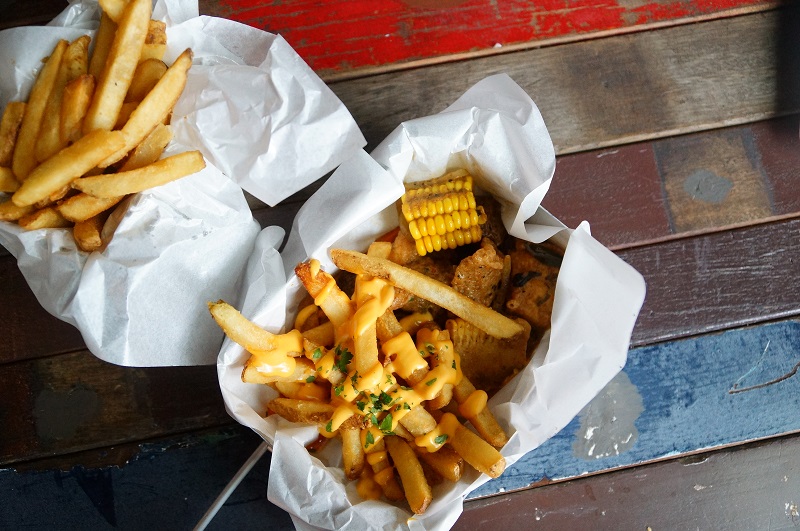 The fish, potatoes, sweet corn and the cheesy fries are obviously the derivatives from their mains which is the cooked sesfood served in bucket similar to the dancing crab in Bukit Timah. We suspect Crab utilizing the same sauce from the main for this dish, the taste was acceptable though the deep fried fish slices and the potatoes balls were nothing to shout about, the cheesy fries was pleasantly tasty.

Pasabella Suntec City offers a complete different range of international food from the Grandstand outlet, the adoption of a food court concept but in a restaurant setting seems to be well-received by many in this pleasantly inviting environment. We have yet to explore other stalls but Rollie Olie Sushi certainly on our order listing in our next trip.