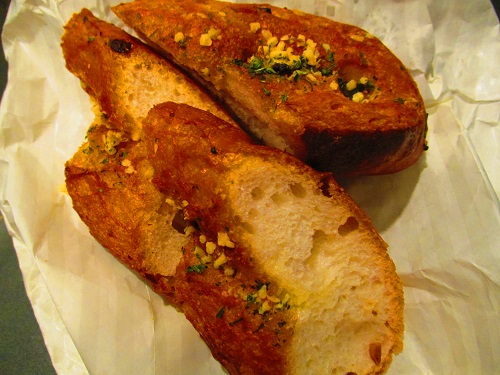 This has been pretty much the talk of the town. I first knew of its existence quite a while back (at the start of this year?), when I saw a photo in one of its all day brunch on Instagram. It immediately caught my eye because it looked so good! Then slowly, more and more pictures of Paris Baguette started flooding my timeline. Especially the Royal Pudding! I wanted to try it out but never really got to it because of the price. 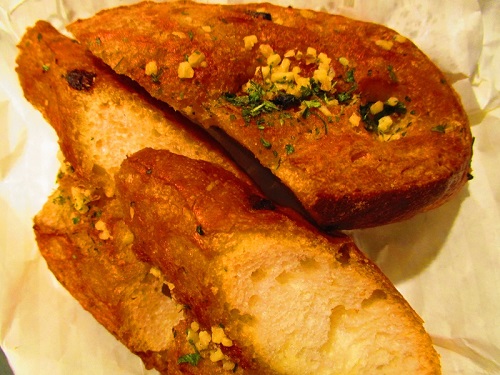 Luckily for me, an outlet opened in the new mall JEM which was near my mum’s workplace, so she bought back for us pretty much everything possible! We tried the cakes, the muffins, the bread, and definitely not missing out – the royal pudding! Everything that we tasted was definitely above average. A couple of items caught my eye, and first up: 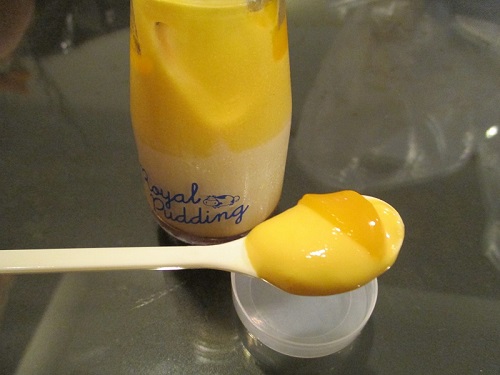 My mum got for us the mango flavour. It is made up of 4 layers:

Last layer – this one I can’t figure out. Mum said it was cinnamon, I thought it tasted a little like coffee liquor but not as bitter (I forgot how cinnamon tastes like oops)

When you put all 4 layers into your mouth at once, it’s like a beautiful piece of music. The blend of the 4 layers balances each other out so well, it was literally fireworks in my mouth. The only thing bad about this is that the glass bottle is way too small. I can’t get enough! And knowing that my mum was taking the pudding home, they even packaged it in a small cooler bag. (How thoughtful!) 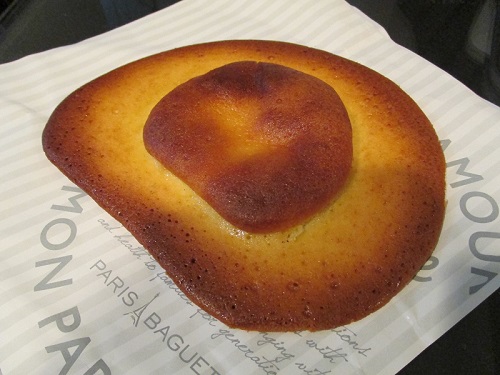 I initially thought my mum was joking when she said that she bought this weird shaped looking thing called the UFO. One thing for sure, it definitely looks like it! But after checking online, I realised that that is indeed the actual name of this…. Thing! (I still can’t make sense of what it actually is, like is there an actual name for something like that?)

Side track a bit, do you all remember this craze a couple of months back whereby everyone was mad about these coffee buns? There was the rotiboy, rotimum, rotipa, rotiuncle, rotiwhatever and the list goes on. The UFO, is actually rather similar to that! It’s pretty much the same thing, except that they minimised the size of the bun and enlarged the crust area instead. And in replace of the butter filling in the coffee buns, they had custard instead! And if you haven’t already guessed, it also wasn’t coffee flavoured. Loved how soft and fluffy the small little centre of the bun was, and how crispy and tasty the crust was! It was super addictive, I can’t get enough of this either. (My little brother got angry when he knew he had to share it with me. Too bad for you little bro) 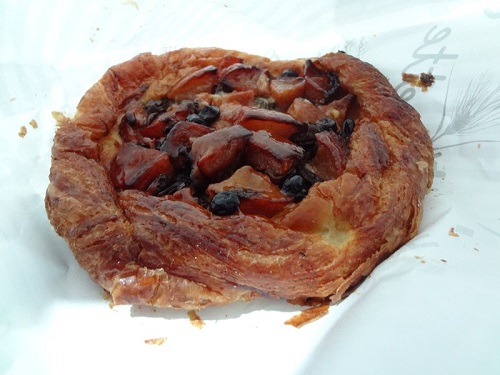 I am a HUGE HUGE HUGE sucker for apple pies. I would order one about 90% of the time when I walk past McDonald’s because that’s the only place I know that sells cheap and reasonably tasting apple pies. Hence I was definitely over the moon when my mum told me she got my favourite! When I unwrapped the covers of the apple pie, it looked more like an apple Danish to me instead of an apple pie. Correct me if I am wrong, but what do you think?

Even though it wasn’t what I wanted, it still looked pretty good to me. Took a bite of it and my eyes lit up immediately! The apple cubes were just the right amount of sweetness and as you can see from the picture, generous amount of toppings! The pastry was tasty and sweet with a hint of cinnamon maybe? Greatly enjoyed myself while eating this!

This is pretty much one of the tastiest baguettes I have ever had. Crispy on the outside, soft and moist on the inside! Another one of their products which I can’t get enough of, it’s like a drug! The taste of the garlic was strong enough, but not too overpowering. You have to take a bite to get what I am saying, because my lack of vocabulary isn’t doing the bread justice!

And that sums up my personal favourites! Below are the other stuff that we tried that was good, but wasn’t really my thing. 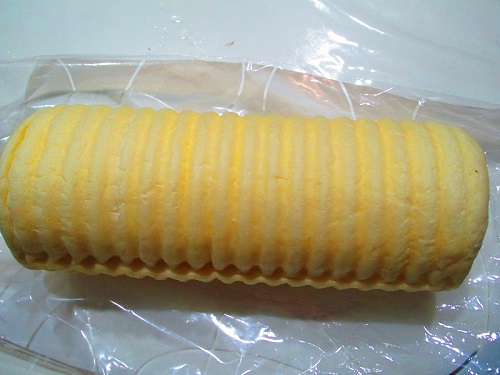 Comes in this unique cylindrical shape, soft and milky, you can easily eat it on its own! 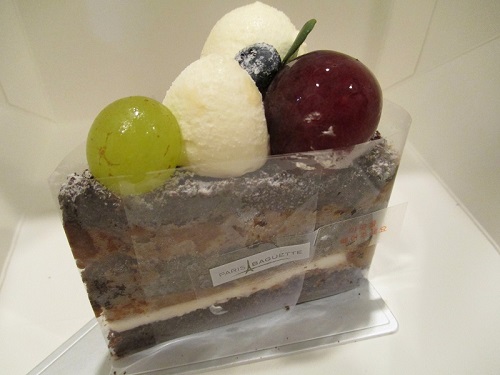 Rich, and not too sweet, just nice! 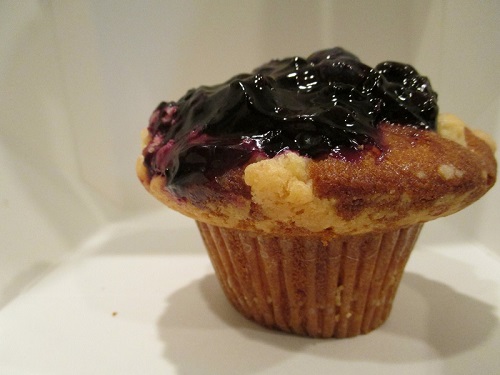 As you can see, the muffin is literally overflowing with blueberry toppings, batter wise, not bad. If you’re a huge berry fan, this is the thing for you.

All in all, Paris Baguette is the place to go to if you are willing to pay a high price for what you’re eating. It is clear that only good quality ingredients are used to achieve the taste of their pastries. We’re not sure about the main course that they have at the restaurants itself, but pastries wise, it’s a big thumbs up! 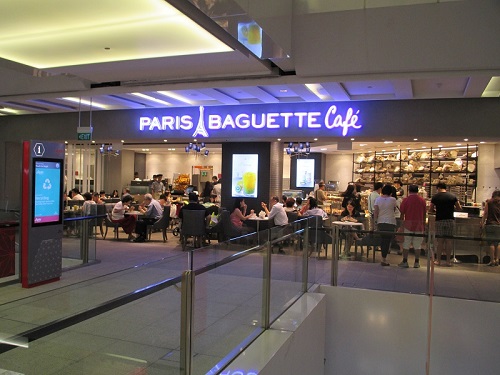