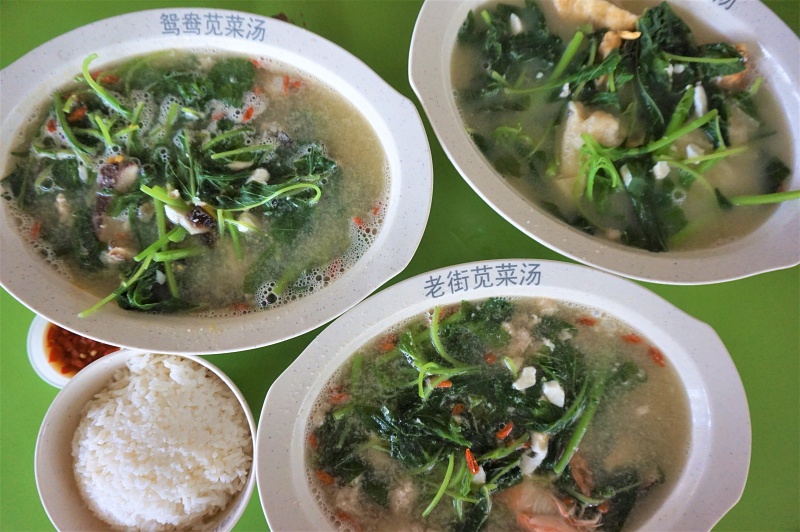 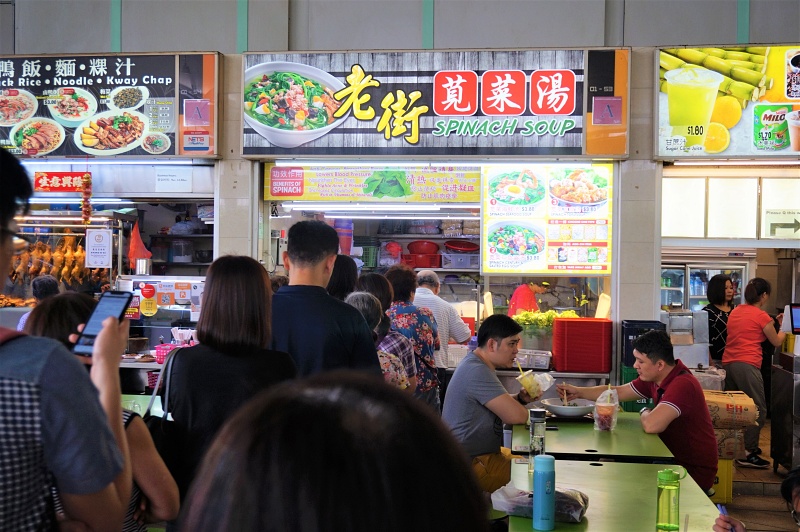 The health benefits of the spinach are prominently highlighted on the signboard, Anti-cancer, lower blood pressure, nourishes the eyes…, except missing the muscular Popeye the sailor man to help invigorate the wonders of this green leafy plant.

What so attractive about the veggie soup that we have to queue for more than 30 mins for the food?

3 types of soups are available

You can add on the carbohydrates at a nominal charge for thin bee hoon, macaroni, mee tai mak, koka noodle, rice for fifty cents. Add-on item for eggs, minced pork, spinach or prawn at extra cost.

The bowl of spinach soup is served in a large oval shape bowl with generous amount of spinach in there, definitely value for money for the price of $3.80 we paid. 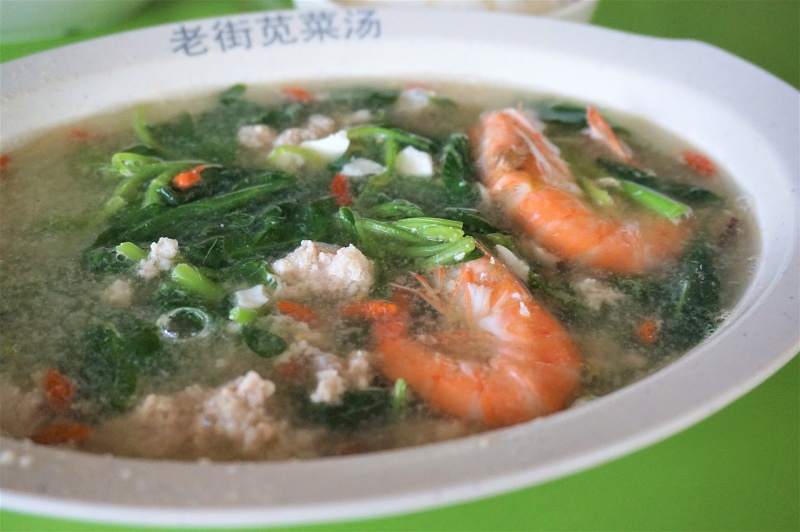 Old Street Spinach Soup uses baby spinach species than the adult spinach for the soup, baby spinach is far softer and delicate in the texture and with less or missing of tough “sinew” on the stem compared to the adult spinach, baby spinach also has a sweeter taste and that make it an excellent choice for the soup, it is a soup that infused with natural sweetness with the enhancement of the minced pork, prawns, egg and Goji helped to further enliven the taste of the soup. The two medium size prawns were fresh and nicely cooked, though it was not deshelled, the prawns were really juicy with a tender texture.  (3.5/5.0) 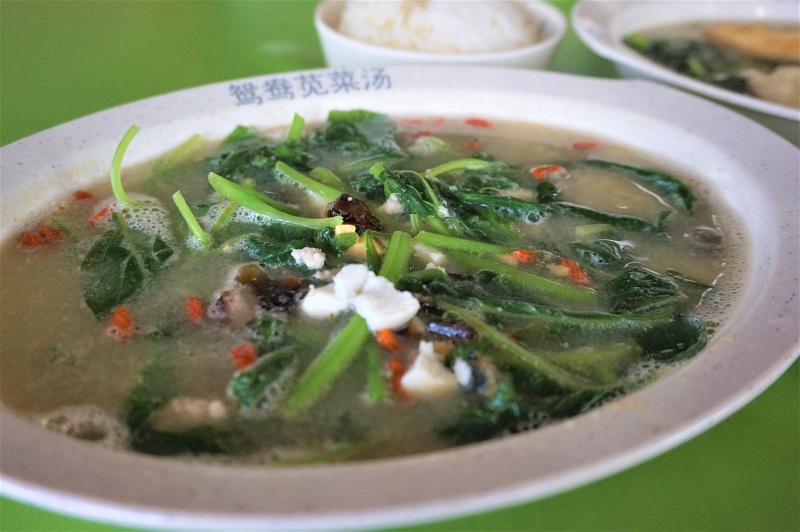 The soup was the tastiest among the three types of soup, likely boosted from the salted egg and century egg. If we have only one choice, this is definitely the one. (4.0/5.0)

Served with an array of Yong Tao Fu and spinach. 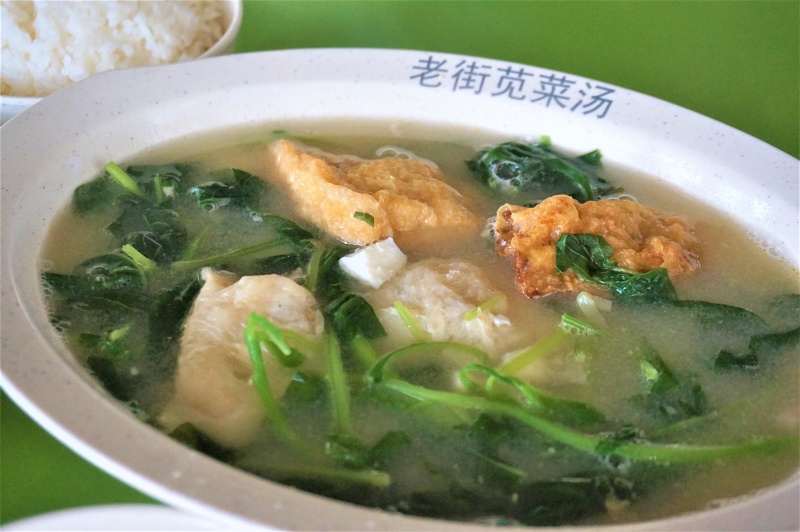 The taste of Yong Tao Fu infused throughout the soup and perhaps a little overwhelming, you may not find too much of the differences if compared to any of the Yong Tao Fu stalls out there, or we shall say the soup failed to stand out as compared to the Spinach seafood soup or Spinach century & salted egg soup. Obviously, it was the least favourite among the three soups we have tried. (3.0/5.0)

Old Street Lao Jie Spinach Soup will likely to continue luring the customers with its flavourful and perhaps healthy bowl of spinach soup. Of course, you can’t turn into Popeye and no challenge from Bluto or the need to impress Olive Oly, it is still a bowl of nutritional soup that we don’t mind to have it again.