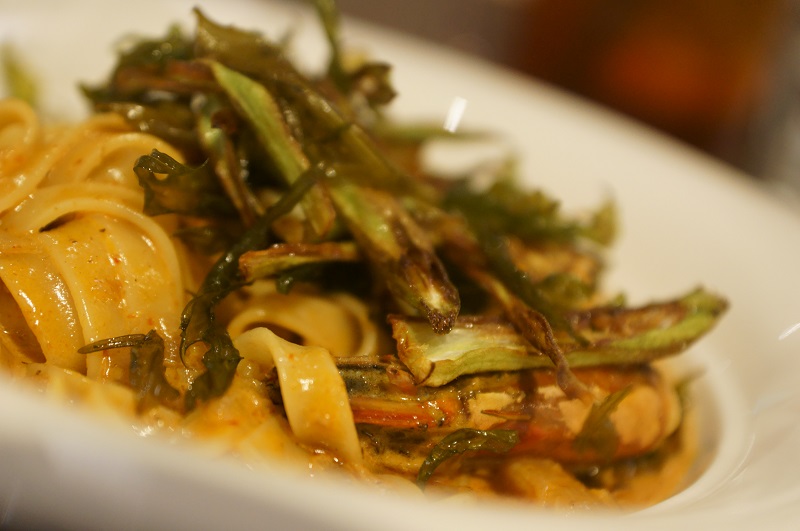 Our original destination was the Rabbit Carrot Gun Café along the same stretch of road, but when I saw the big sign “Awfully Chocolate”, my craving for chocolate cake took over: I found myself heading towards the shop, ignoring the protests that trailed behind me from my parents… I WANTED my chocolate cake, and there was no stopping me! 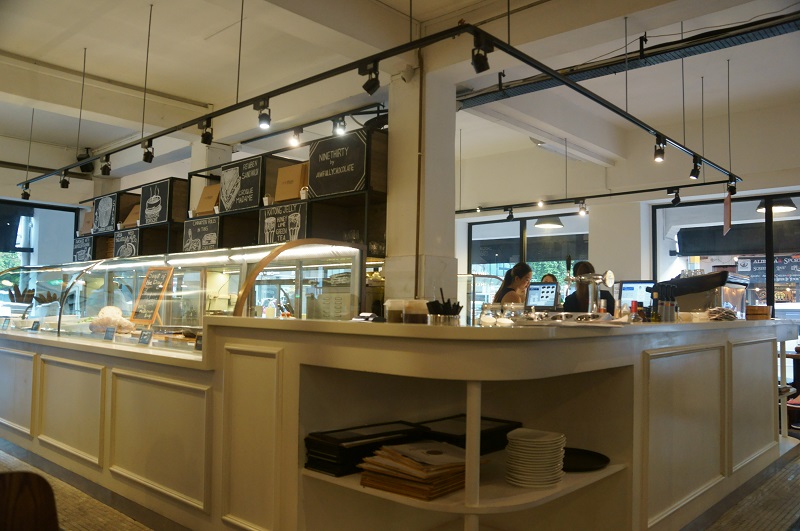 The setting is simple, with cement flooring and a dash of chocolaty colour on the wall that outlines the trademark of their signature chocolate cake. 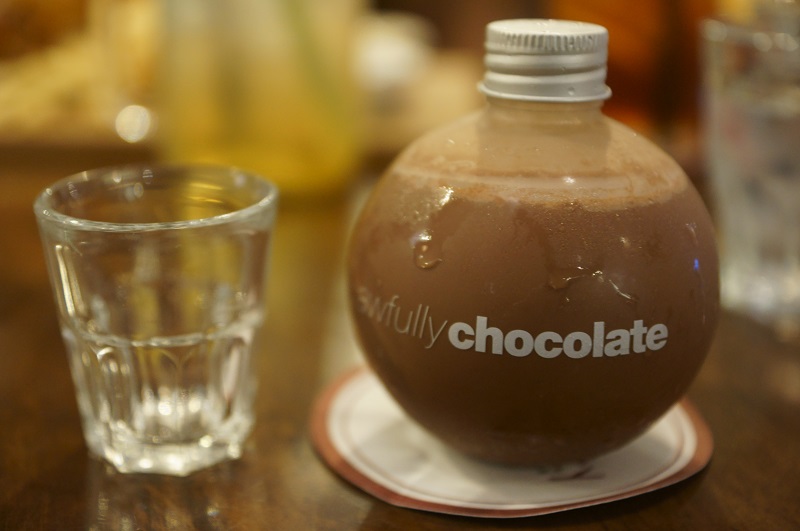 Bliss – that’s how I felt when I took a sip of the milk from the shot glass. The milk was made from the darkest and richest of chocolates, a little pity the bottle was so small… My little brother commented that I was like a princess when taking small sips of my chocolate milk; well I sure felt that way! My father commented that the bottle resembled my little chubby brother’s face, what do you think??? 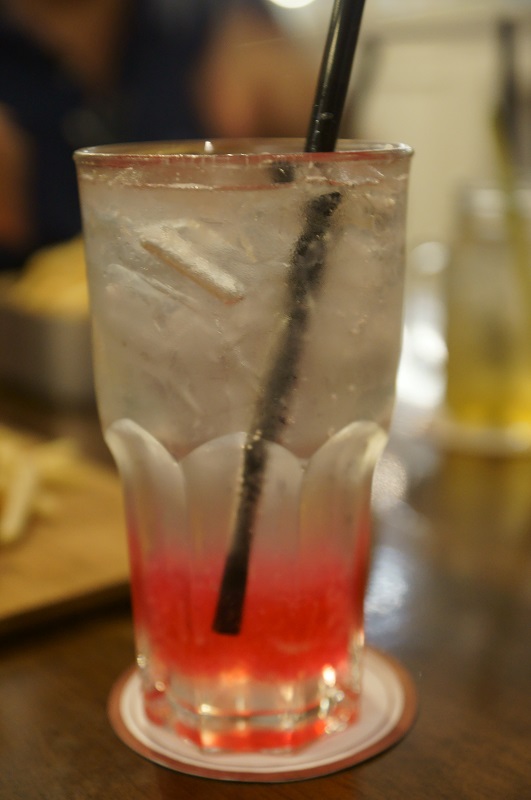 This drink came about because there used to be a golden cart just outside the restaurant selling this very drink, but it disappeared more than 20 years ago. Awfully Chocolate thus decided to bring it back and serve it to the masses. It’s a refreshing soda drink with lime and teeny weeny chopped up pieces of jelly that we could barely munch on – that was a pity. It was not too exciting when compared to the Awfully Chocolate milk. 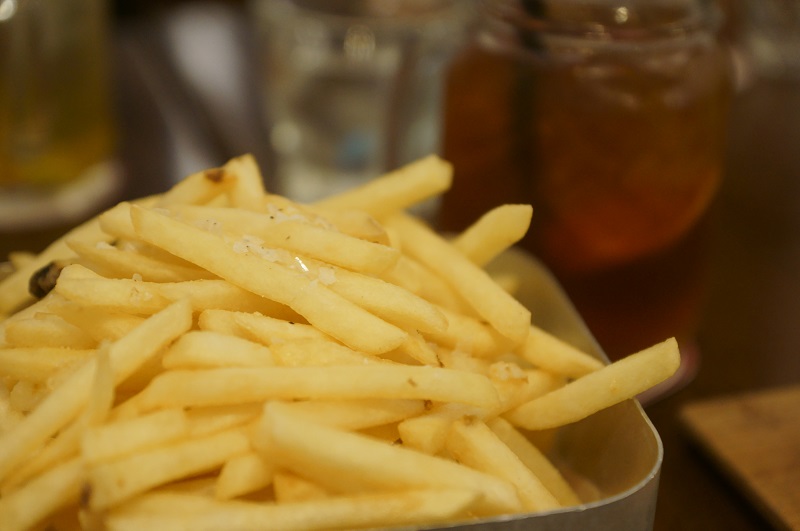 Seeing that Everything with Fries is from the same group as Awfully Chocolate, we were expecting way more from the truffle fries. However, the fries were lacking in truffle flavour, and seeing as we paid a whopping $12 for fries you can probably get from any fast food chain, each fry we ate was accompanied by heartache – a side order completely not worth trying. 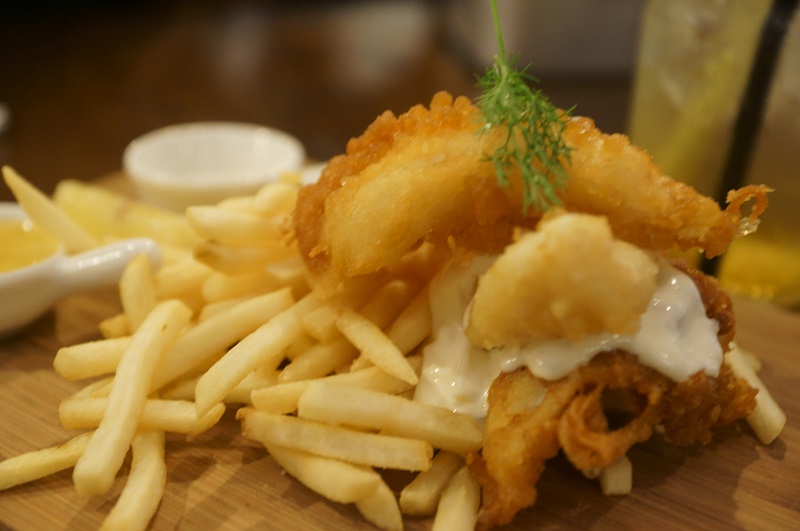 Crispy on the outside with soft tender fish on the inside. Judging by how my brother wiped out the fried fish in 5 minutes, it’s better than average. The garlic aioli provided was also a good dipping sauce. However, the same French fries dominated the dish and the real star – the fish fillet was relatively small. Again, $18 for the few pieces of fish and all the French fries, not quite sure it was worth it! 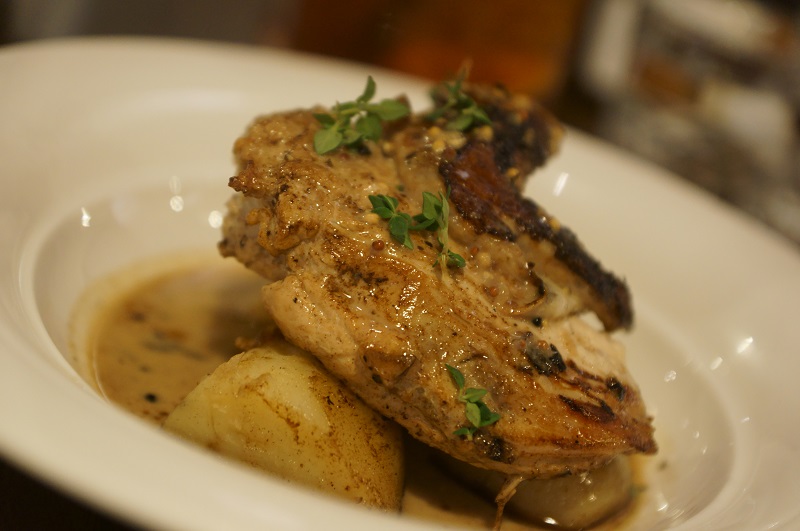 Relatively tender braised chicken meat, it was rubbed with thyme, served with some potato chunks with a miniscule amount of mustard cream to go with the chicken. There was a bit of a burnt charred smell which we liked but otherwise, it was nothing fancy.

Garnished with fried thinly sliced lady fingers and laksa leaves, this was a good fusion dish that we recommend. Large juicy and tender prawns were also used, hidden amidst the pasta. The gravy was very intense as it was thick, rich and flavourful. 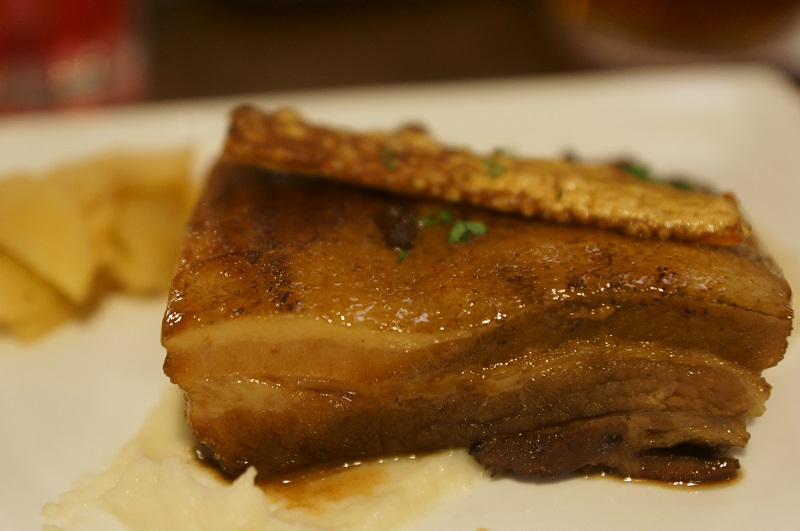 Initially we thought it was a very thick layer of fat judging from the picture, however upon slicing it we realised that the layer of fat was actually very thin! (Totally feeling less guilty since there was a higher proportion of lean meat.) A slice of deep fried skin was placed above the pork belly, more for presentation purposes than for taste as it was way too hard and bitter. The pork belly was the sweet kind (apple tea infused) and the meat was rather tender throughout with reasonable seasoning. However there was a porky pungent smell that gave an almost obnoxious taste and may not to the liking of some.

By now we can very much conclude this is not the place for big eaters, as the pork belly was yet another dish with a relatively small serving. My dad kept complaining that his growling tummy was still protesting vigorously. To us, it’s not worth the hefty price tag. 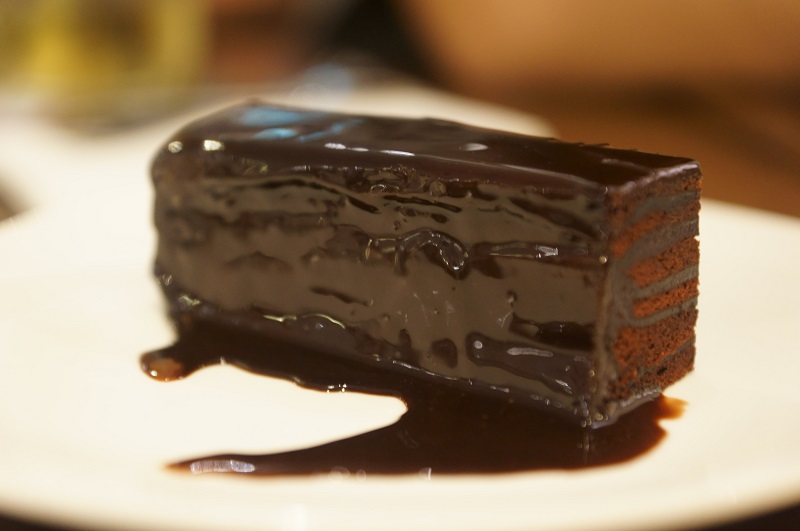 The cake was very moist and soft, we had no difficulties slicing through the cake. The fudge drizzled on the cake was very rich and not too sweet. This was supposedly the richer and denser version of the Awfully Chocolate cake with 6 layers of fudge in between. 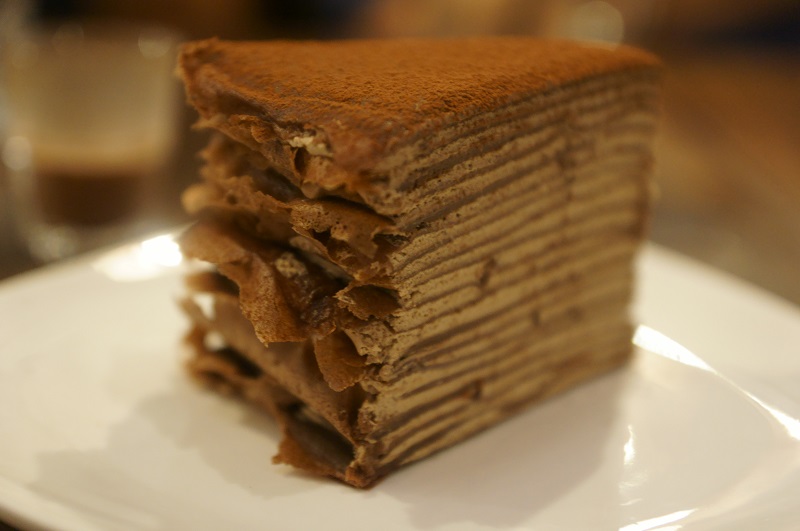 On the whole, we felt that Awfully Chocolate still does best at its chocolate products and pastries. While their mains did not taste bad, the dishes were lacklustre and very much just average tasting. For the same price, we could’ve had better quality food at some of the restaurants at Dempsey. Anyway, I do not want to face the incessant grumpiness from my parents again, so no more main course here! (That said, I still want my Chocolate milk and Super Stacked Chocolate cake..hehe..) 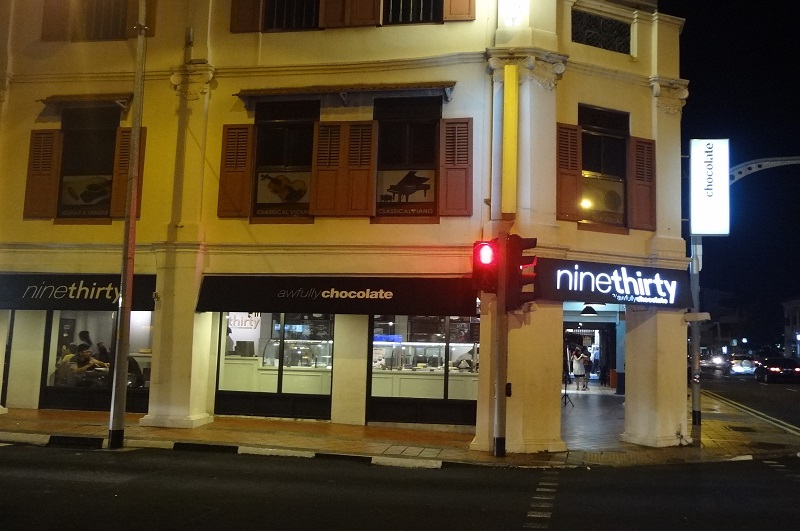 Open 12pm – 1am Fri and Eve of Public Holidays