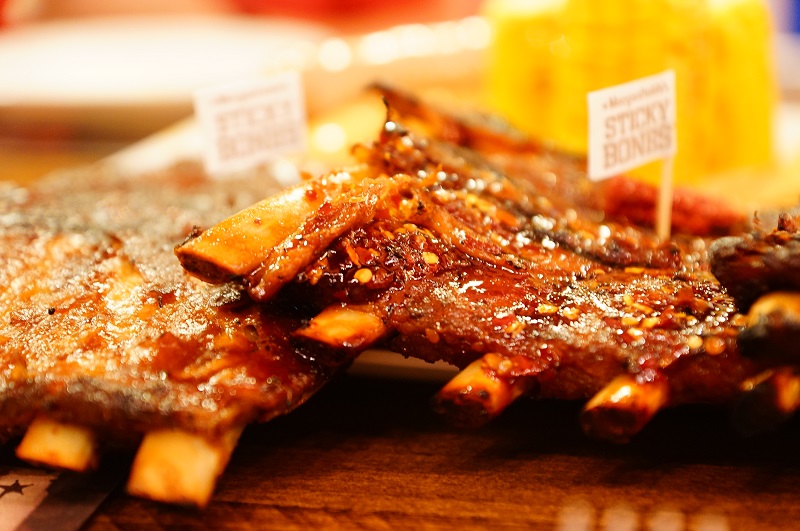 Ribs are Morganfield’s claim to fame – self-proclaimed Home of Sticky Bones, they are slow grilled and smoked to achieve an even tenderness, then swept with a special barbecue sauce for a taste of smokey perfection.

Morganfield’s first branch in Singapore was at Star Vista, and they quickly expanded to open its second branch at Suntec City, right beside Promenade MRT station, where we were invited for this food tasting session. 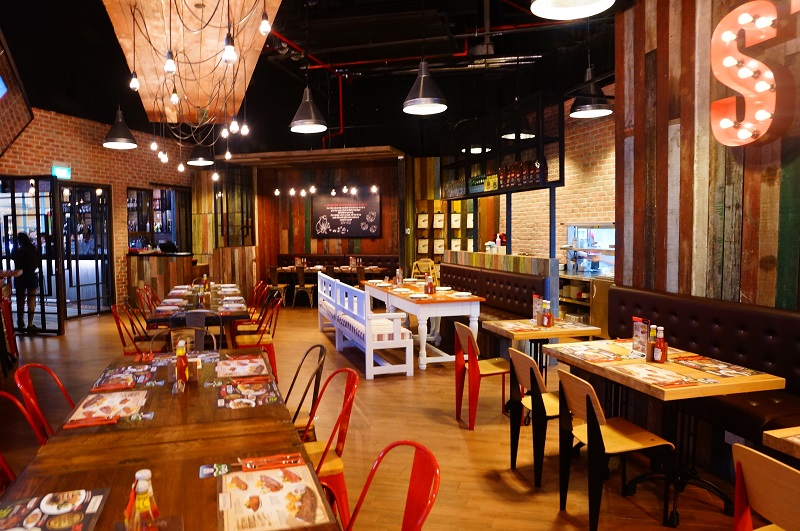 Reflecting its Midwest American heritage, the restaurant features rustic furniture with a modern twist. You get the option of indoor and outdoor dining. 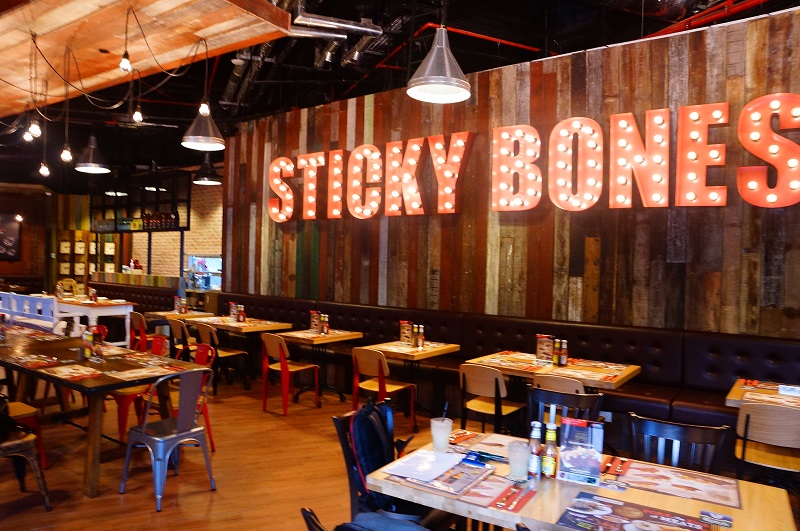 Though Morganfield’s is well-known for its sticky pork ribs, the newly revamped menu now includes a wide selection of appetizers, salads, steaks and chops, seafood, poultry, burgers, sandwiches and an array of side orders.

We got the chance to taste some of the popular side orders alongside the ribs.

The Homemade Cinnamon Candied Bacon closely resembles and tastes like the traditional Chinese Bak Kwa (Barbeque pork slice) that is popular during Lunar New Year. It is a bacon strip that’s seasoned and toasted for crispness. It was extremely addictive; we had to ask for seconds! A great finger food to go with a glass of cold beer, don’t miss it! 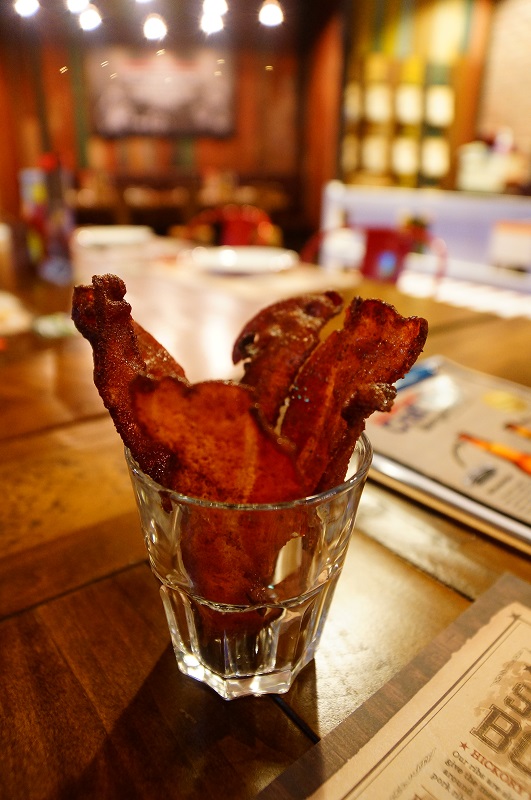 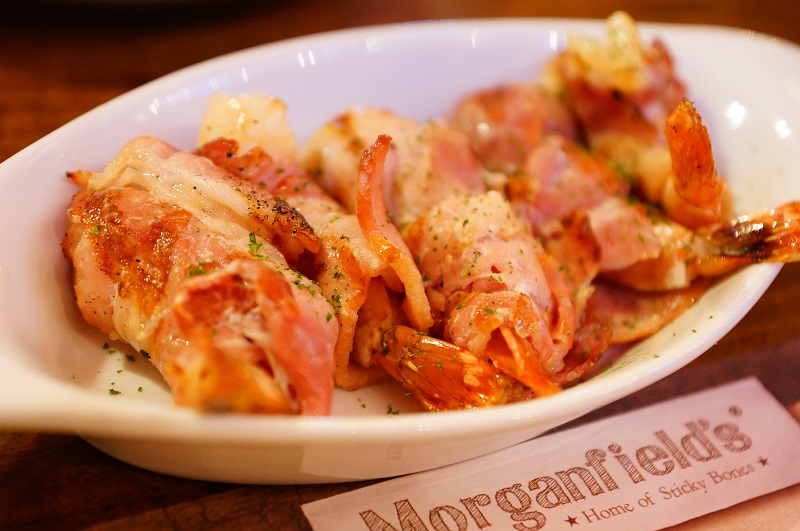 King mushrooms sautéed with merlot garlic, butter, and sprinkled with parmesan cheese. The King mushroom was fresh and full of natural sweetness, complemented by just the right amount of seasoning. 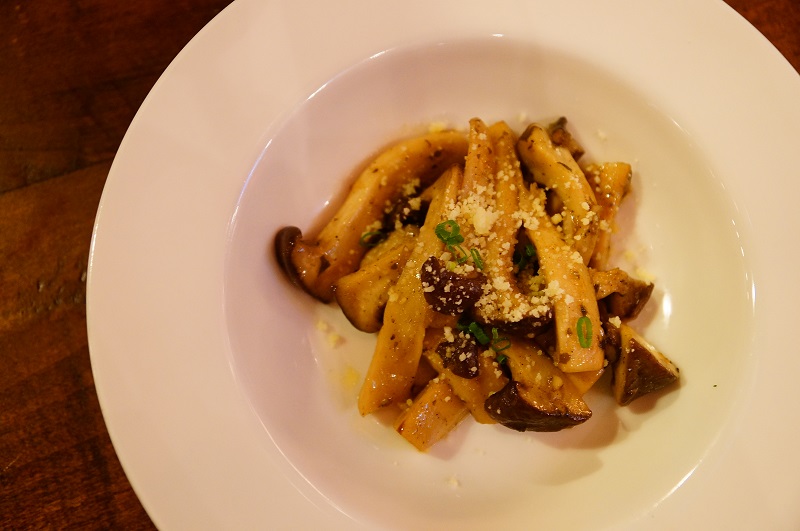 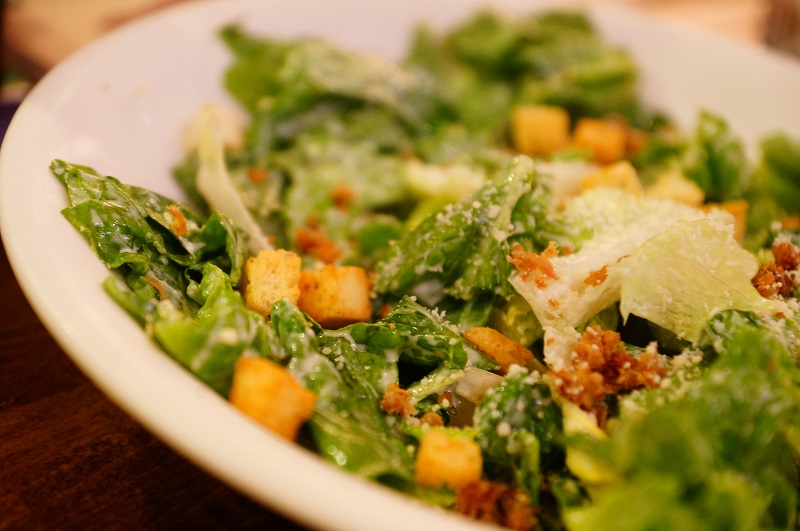 Pork cubes marinated with Morganfield’s secret spice mix and deep fried, served with homemade Garlic Aioli and BBQ ranch sauce. It tasted a little bland without the dip and was not as crispy as we had expected. However, it’s another great finger food to go with a glass of cold beer. 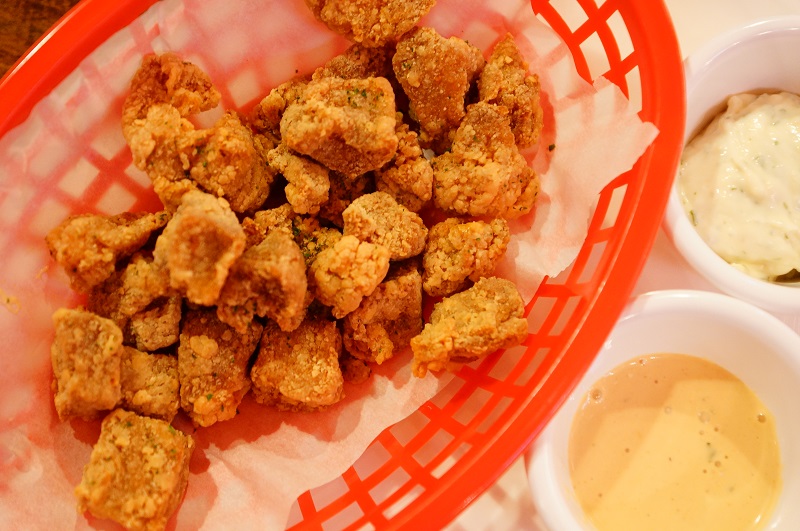 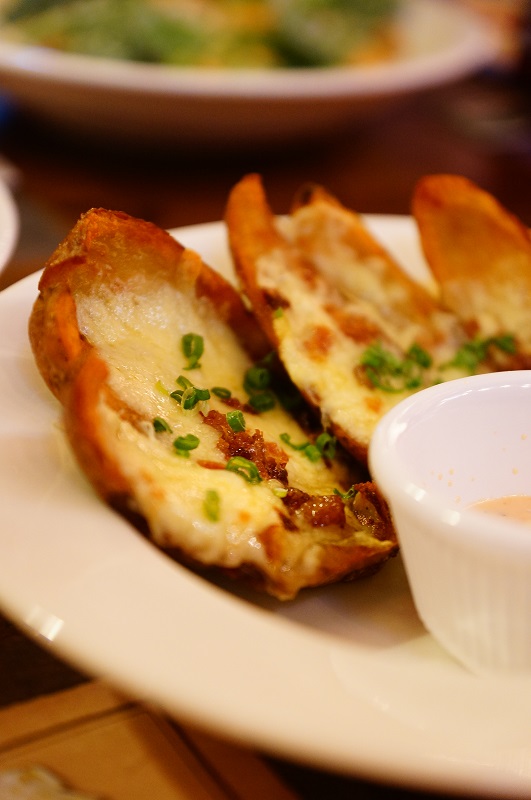 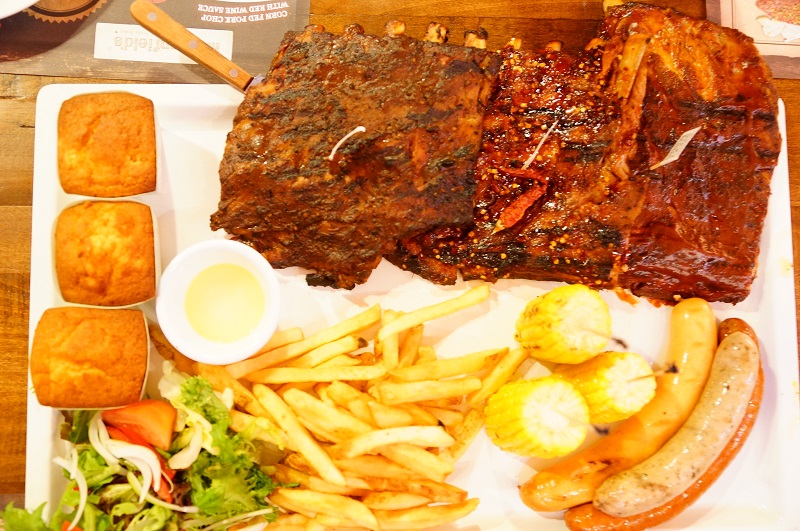 The portion is definitely designed for sharing. This was the best choice for us since we could taste at least three different types of their signature ribs here in one go. Spicy Asian BBQ is something newly created for the local who loves everything with a touch of Asian spiciness, but we preferred the original Hickory BBQ. The meat was very tender and fell off the ribs easily, with a more compelling taste that was savoury and well-liked by all.

We enjoyed the grilled sausages, which were superior in quality. Corn bread had a nice corn flavour and was of the right sweetness, some of us liked it a lot.

All the cameras were on standby to capture the moment of “eruption” and the flow of lava out from the crater. When the knife slit through the cake, there was no eruption of volcano and no flow of molten lava – as the lava was too rich or thick to create the expected visual impact. The cake was rich and the lava was definitely packed with good Belgian chocolate. Served warm with vanilla ice cream and caramel sauce, it was quite nice overall. 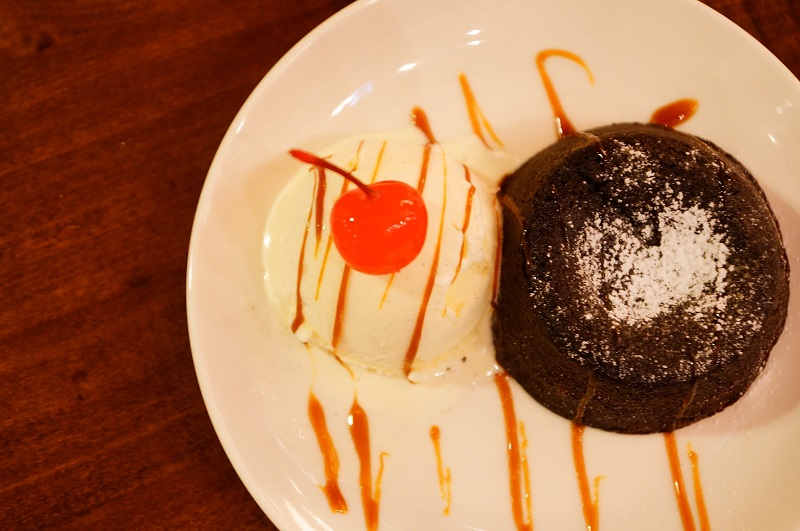 Comforting homemade bread pudding served warm with vanilla ice cream and whiskey sauce. This was a good finishing touch after a heavy meal. 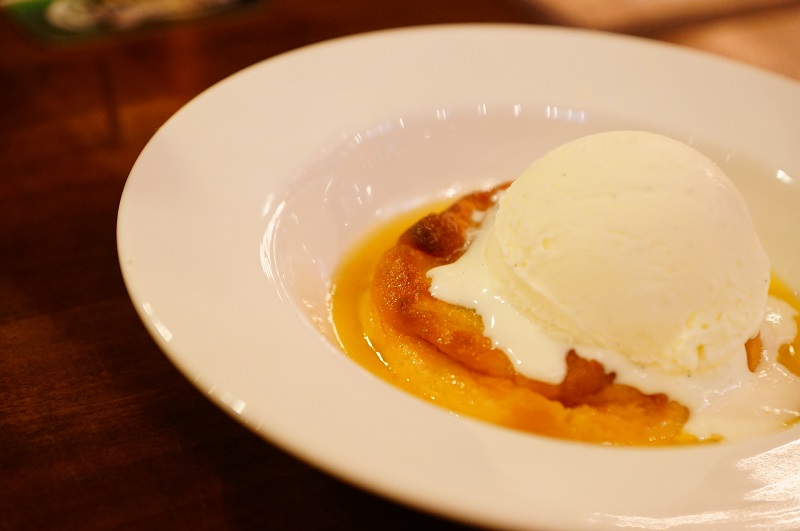 Our verdict, if you are looking for a good chill out place with friends, Morganfield’s could be a good choice for its delicious ribs and snacks. Do give their Homemade Cinnamon Candied Bacon (or American bak kwa as we call it) a try; their signature sticky bones should not be missed as well!