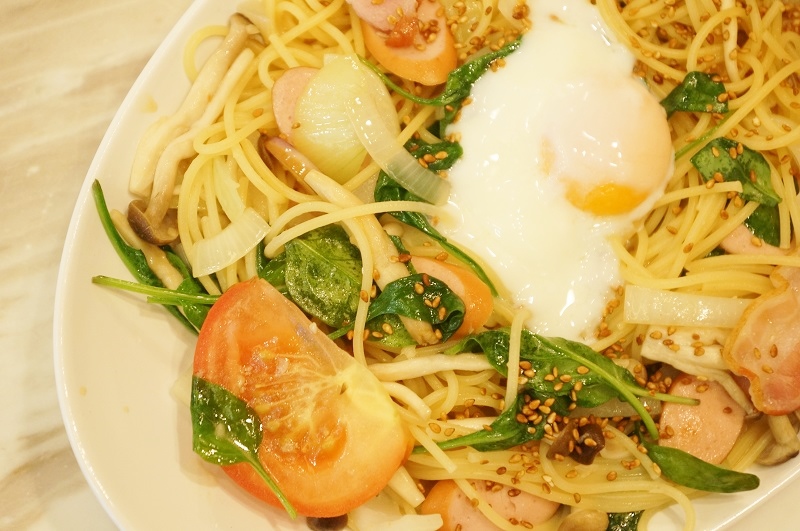 With more and more restaurants and cafés serving fusion food to bring together the best of both worlds, Miam Miam’s riding the wave, serving up flavours and ingredients of Japan prepared with French artisanal cooking techniques. Well, at least that’s what they aim to do! We try some of their dishes to find out whether they’re up to scratch. 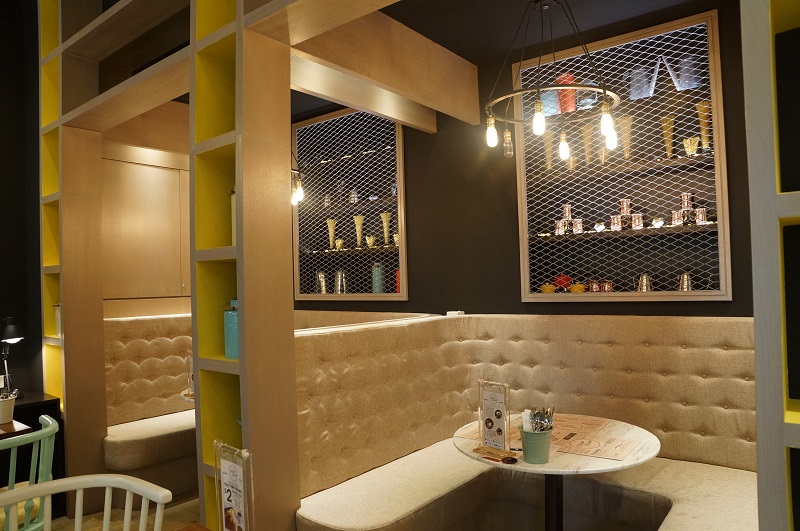 Being the first customers of the day, we did not have to wait long for our food (and we got the booth seat!). We had the Miam Miam Spaghetti, Riz Noir, Riz Au Curry, Souffle De Nauge, Original Pancake and Valrhona Chocolate Souffle. 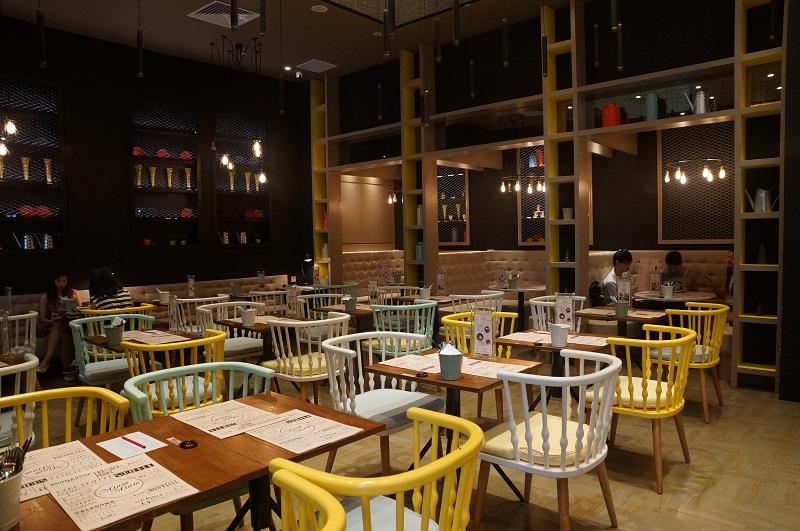 Extremely large portion of spaghetti with a home cooked feel, the pasta was sautéed with slices of frankfurters, tomatoes, baby spinach and bacon. Taste wise, it is slightly on the bland and mild side. Noodle was slightly undercooked – or al dente – which I personally liked because there was quite a fair bit of broth, and the spaghetti wasn’t soggy even at the end of the meal! 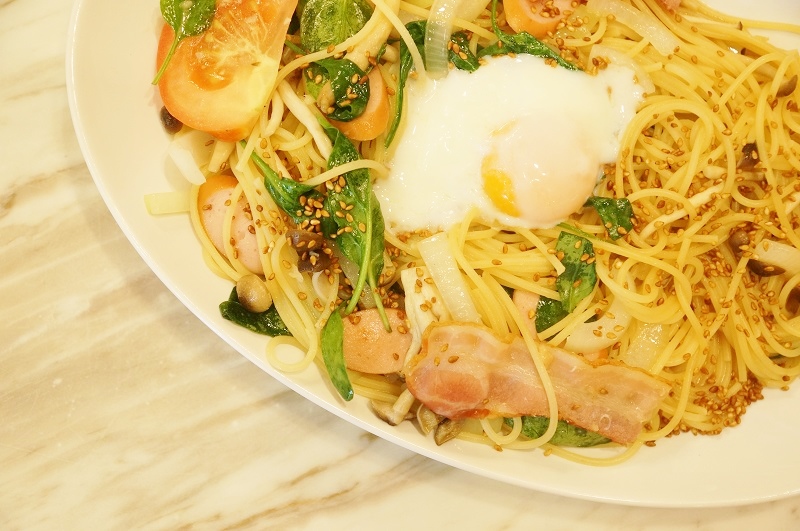 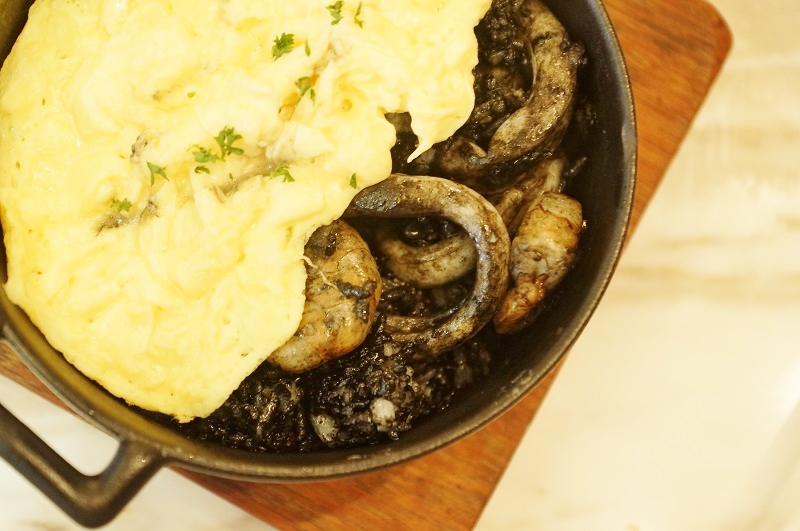 My first time eating something with squid ink, I was expecting it to taste pungent and distinct, but I was so wrong! The rice was actually rather fragrant, a little like salted fish fried rice. Good enough to eat on its own. Egg was also fluffy and tasty, loved it! The squid and prawns were average tasting. Portion slightly was on the small side, not as huge as when compared to the rest. 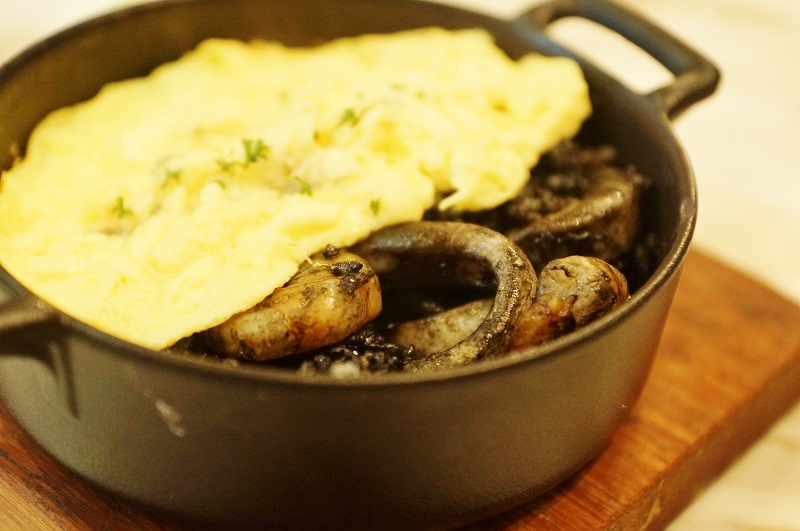 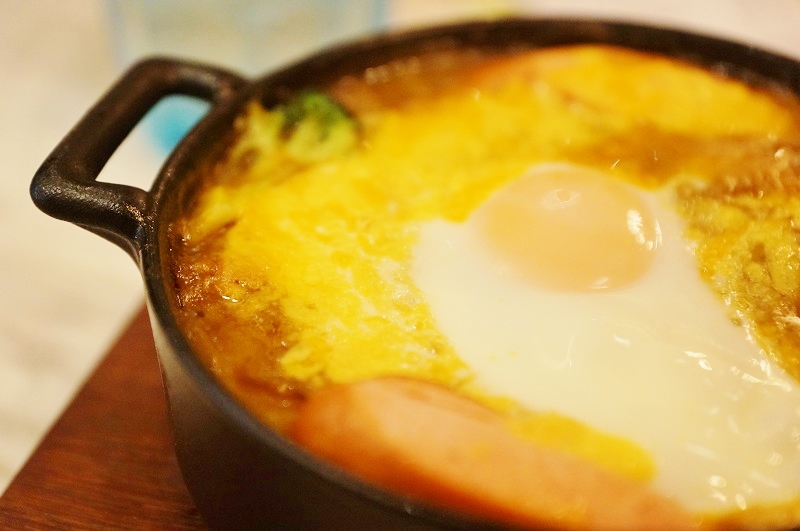 Reasonably tasting curry baked rice, with the curry covering not just the top layer, but embracing every single grain of the rice hidden under it (which was just the way I liked it!). Simple dish that is very filling, although the ingredients used (rice, curry, cheese, broccoli and pork frankfurters) probably do not justify the price. 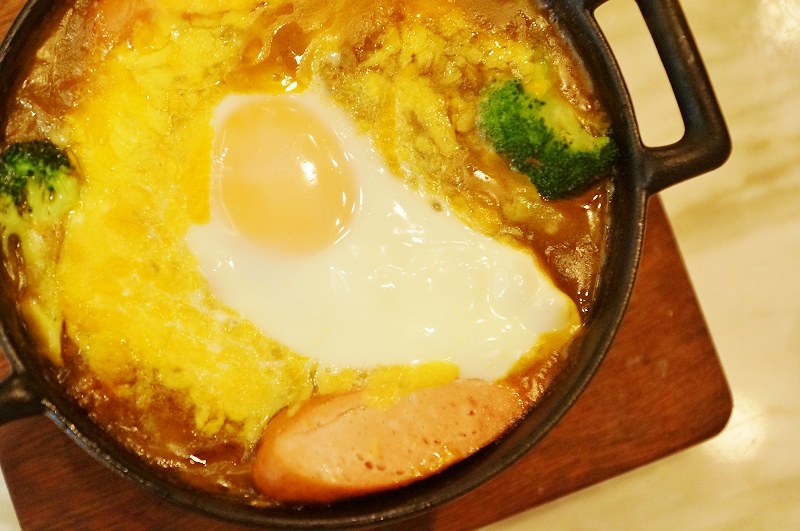 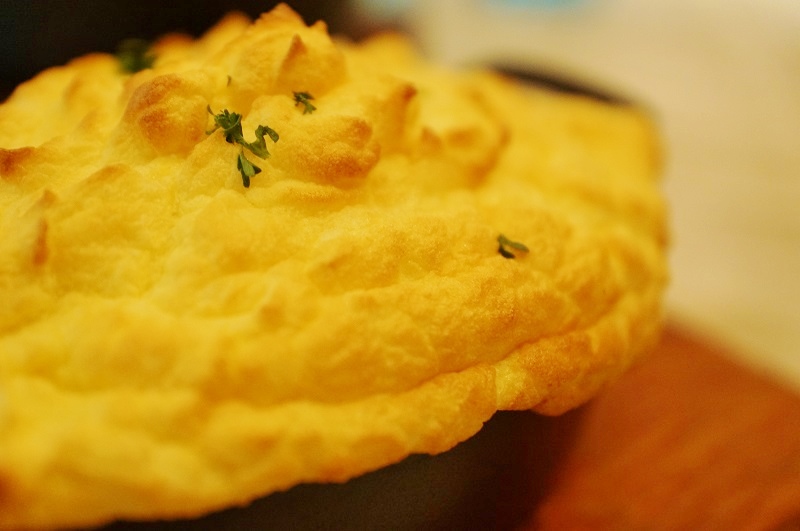 The egg was fluffy and creamy and was definitely the star of the dish. The rice hidden below the egg was sautéed with fresh tomatoes to give it a slight tinge of redness, with slices of thick ham to make the dish less plain-tasting. While the egg is worth a try, the rice paled in comparison to the egg, as the rice was rather mild tasting. 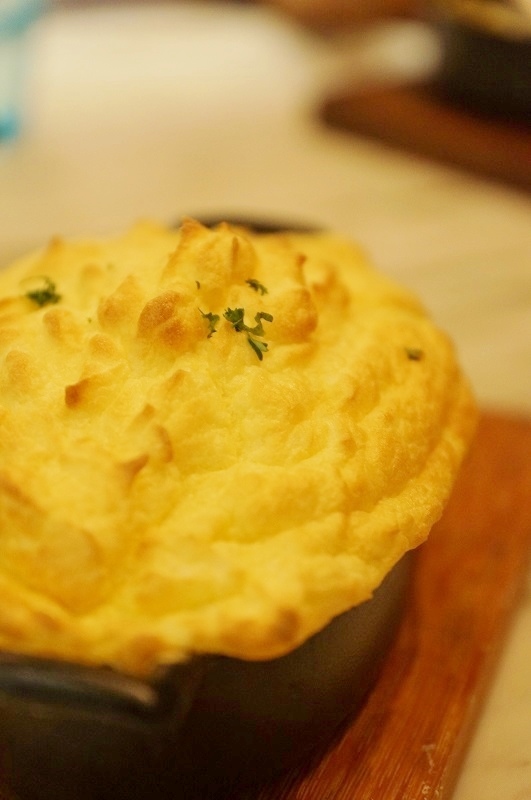 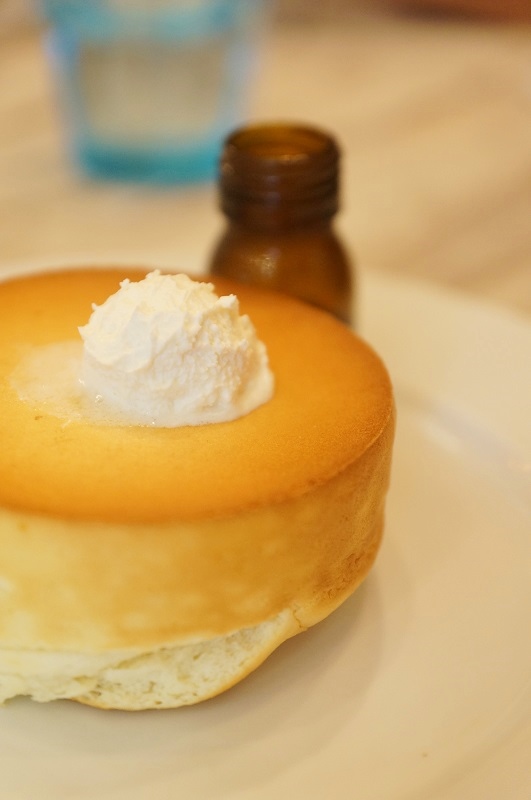 This was on the house for DBS card members, so why not! There was whipped cream and maple syrup to go with the thick pancake. The pancake on its own was leaning more towards the savoury side, so paired with the maple syrup it was a good blend of sweet and salty. But honestly, if it wasn’t a freebie, we would not have ordered this –  at $8.80, a more satisfying dessert could be had elsewhere! 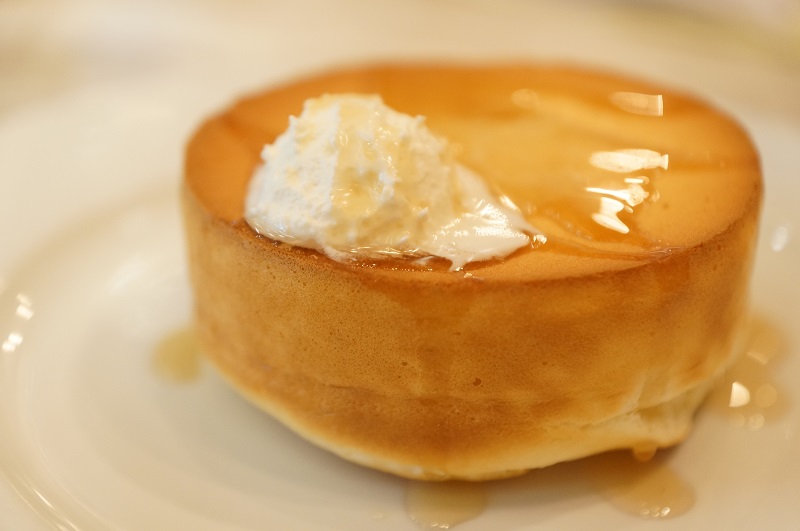 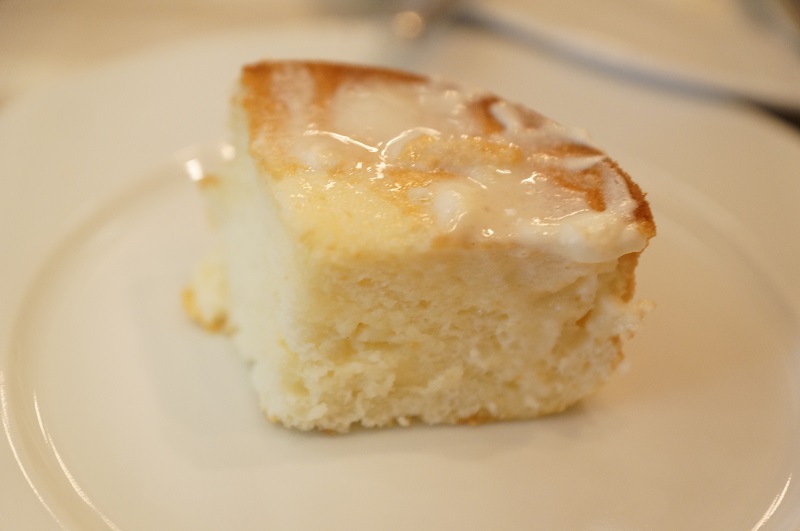 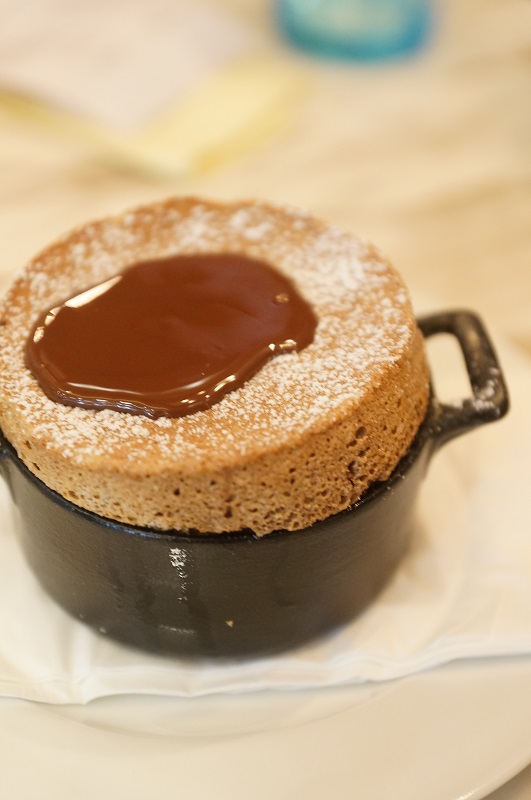 There was a tinge of alcohol in the chocolate soufflé to give it that little kick lingering at the end of every bite. Loved the thin crispy outer layer of the soufflé with a soft undercooked inside (although it might have been a bit too undercooked); paired with the chocolate sauce, it blended well. Dark chocolate was used, so it was not too sweet. That said, would have preferred it to be richer. 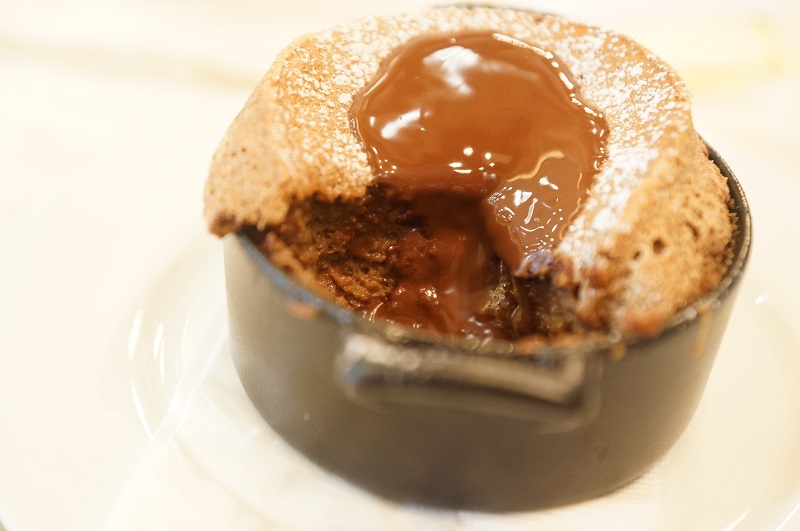 All in all, the food at Miam Miam can be a little pricey for what you’re paying for, but I guess you’re partially paying for the ambience as well. Not exactly impressed! So far the mains were all average, and especially if you like your foods heavily seasoned, you might want to give the Miam Miam Spaghetti and Soufflé De Nauge a miss! 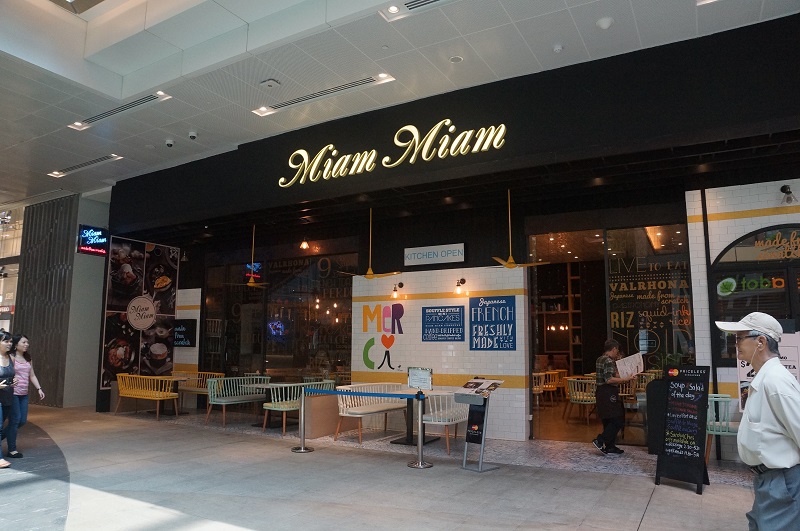