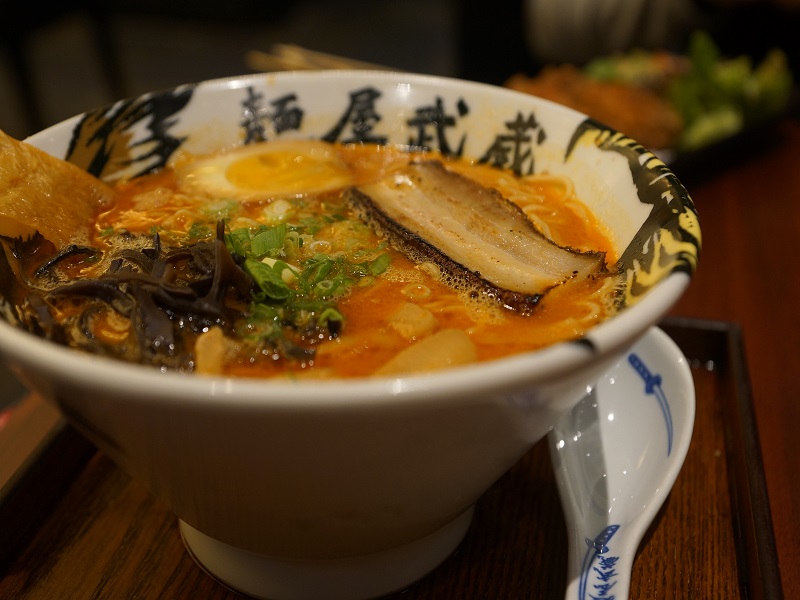 A new kid on the block, Menya Musashi has since expanded the presence in Singapore with the latest branch started operation in the newly opened Bedok Mall in the beginning of 2014. Menya Musashi has gained a significant ramen fans in Japan and abroad since making its debut in Japan in 1996. Famous for the three colour soup base reman, the Original white, Spicy red and Gralic black. 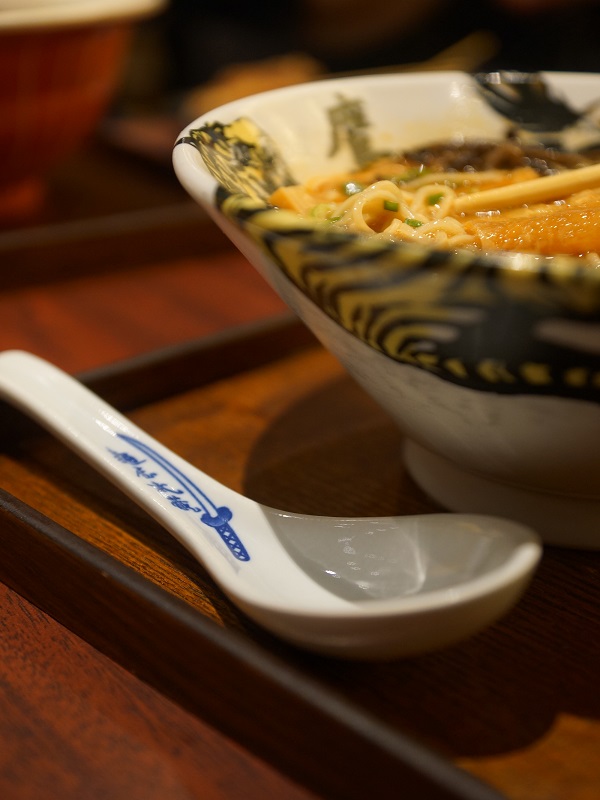 The Red Kakuni Ramen’s broth ($12.90) was rich, creamy and flavourful, the spice level was not overbearingly hot, noodle has a smooth and nice firm texture and we like the braised pork which was cotton-soft and wonderfully juicy. Of course, the nicely boiled egg was delightful. 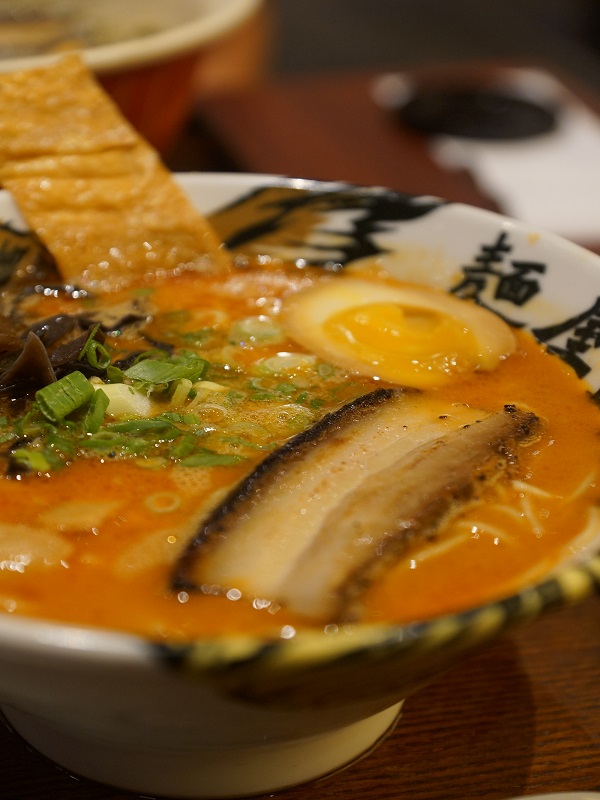 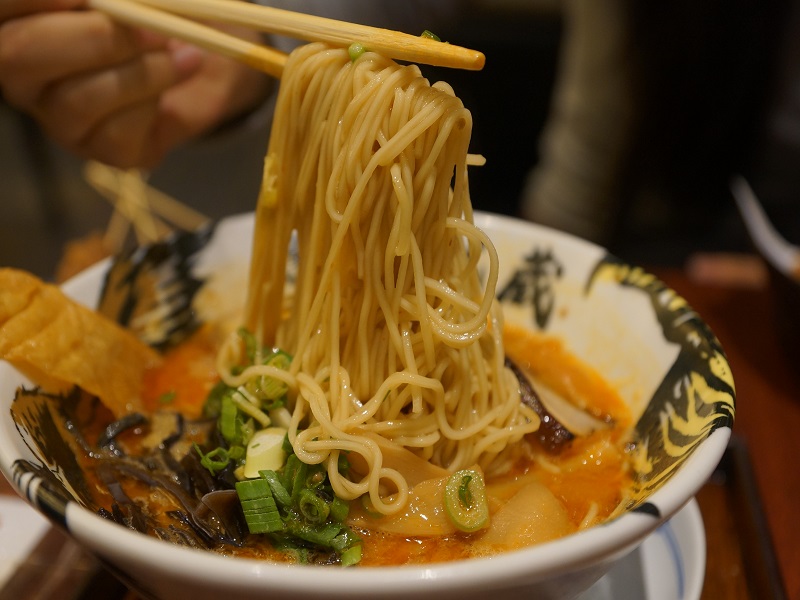 Black Garlic Kakuni Ramen’s broth ($12.90) was rich, creamy and an inky broth made from boiling the pork bones for hours and adding the black garlic oil to give a different taste with a mild tad of garlic flavour. The ramen was topped with slices of bamboo shoots (menma), the melt in your mouth pork belly (Kakuni) and the soft half-boiled egg. When everything comes together was a bowl of flavourful ramen that we did enjoy a lot. 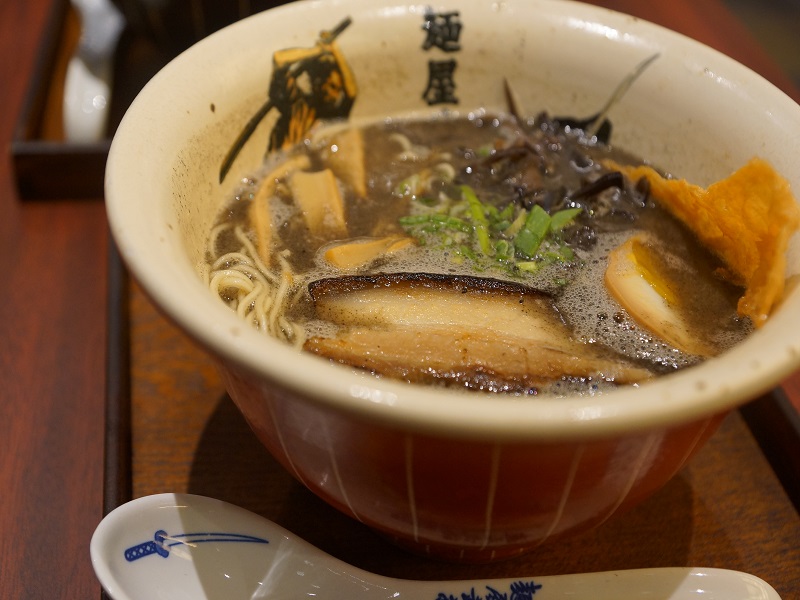 White Kakuni Ramen ($12.90) – their signature white tonkotsu broth was a little disappointment may be much overshadowed by their counterparts – the red and black broth, we found the white broth was a little bland though the richness and creaminess not in any way less robust than other two broth. 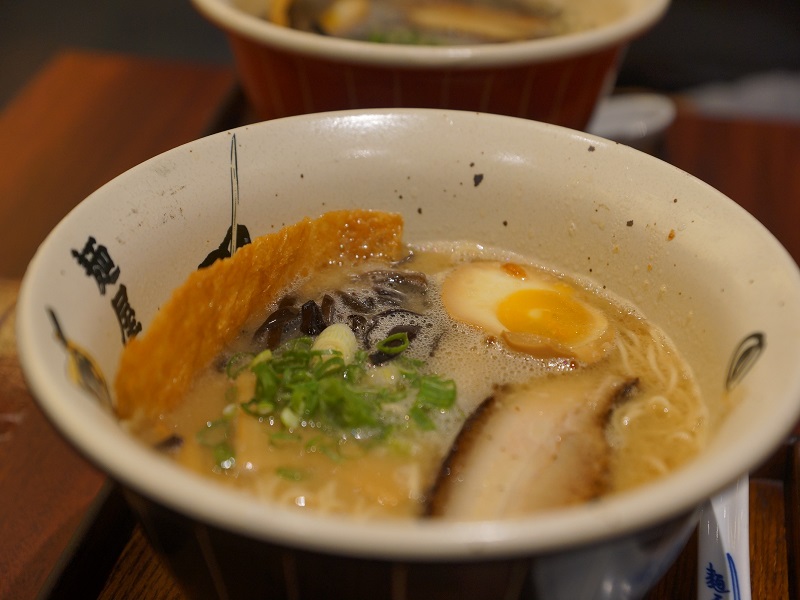 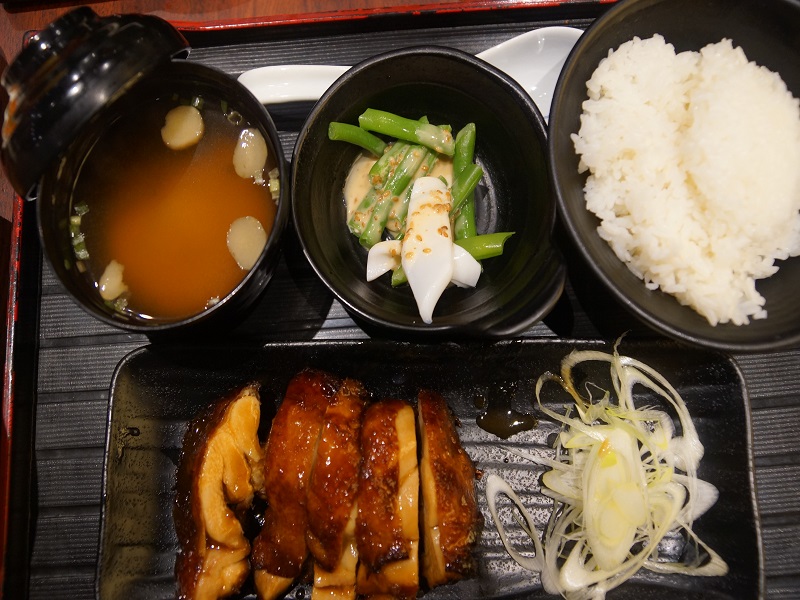 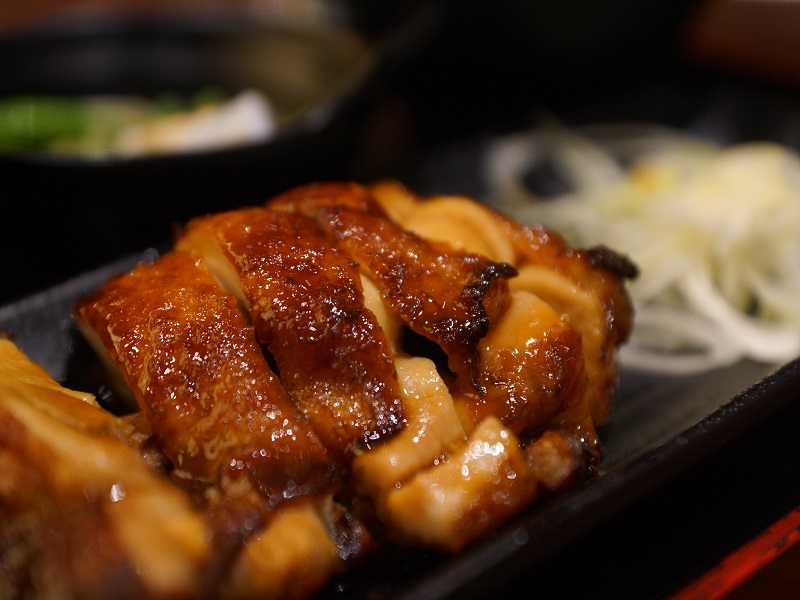 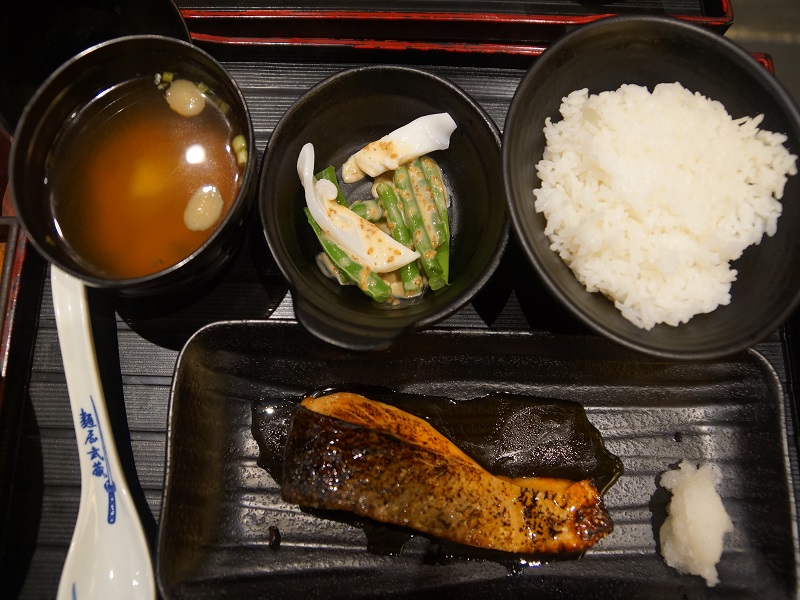 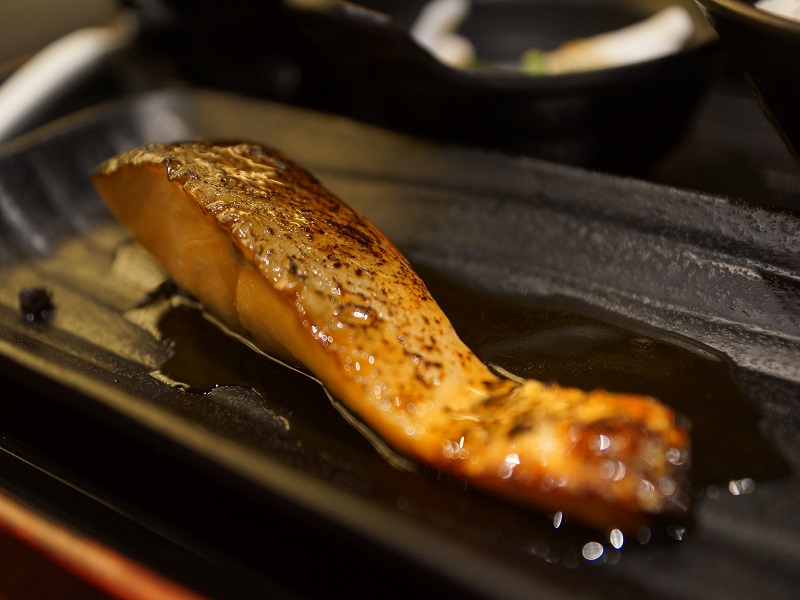 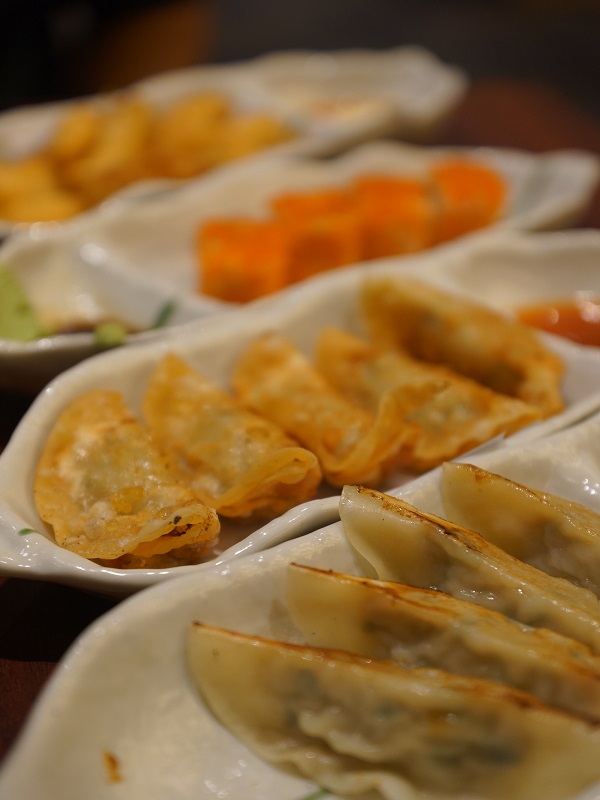 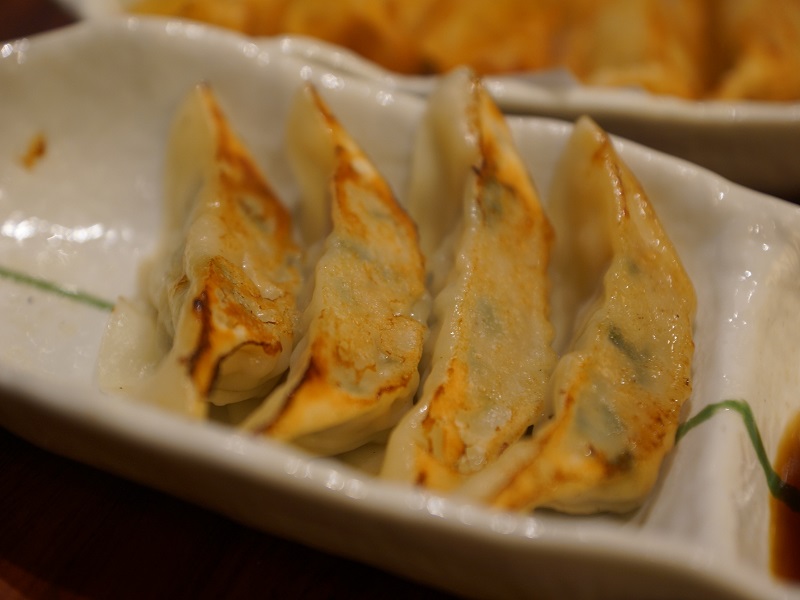 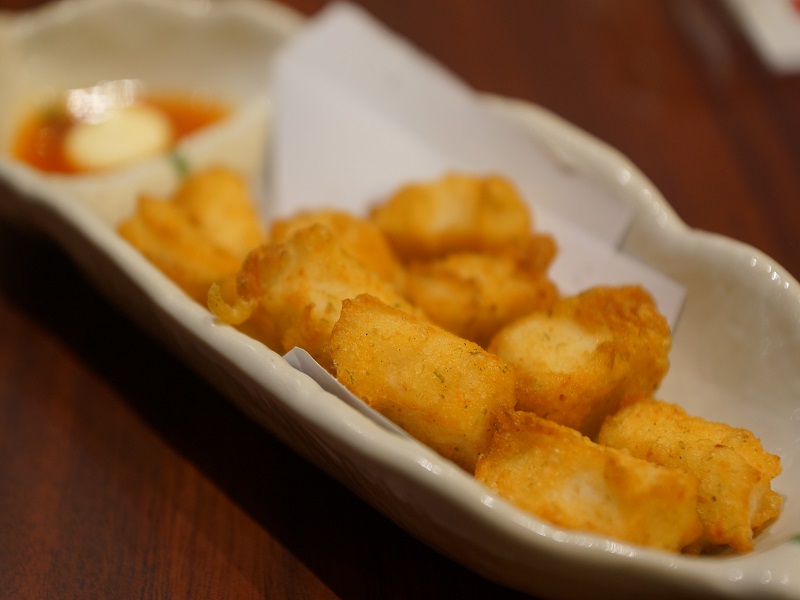 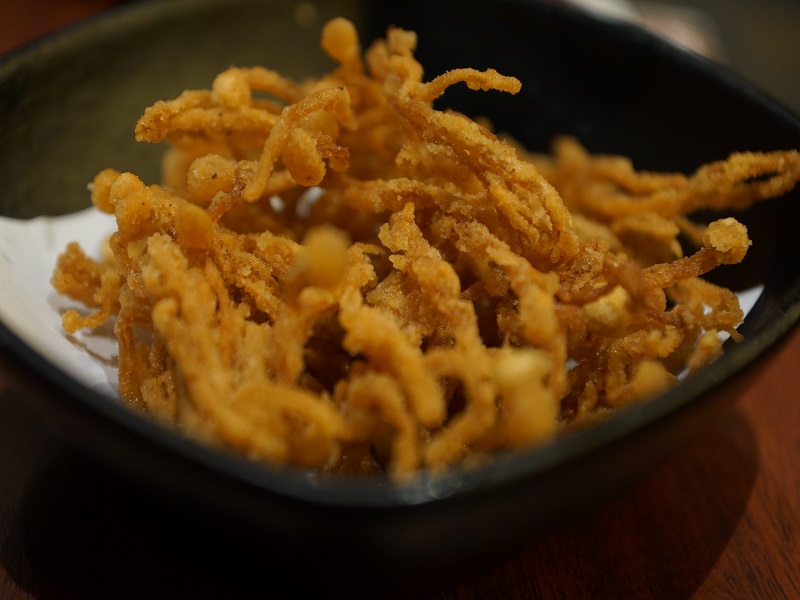 Musashi Spicy Chicken Wing ($6.90) – Another signature dish, deep fried and coated with very mild spicy, tender and juicy but could be more flavourful in the seasoning. 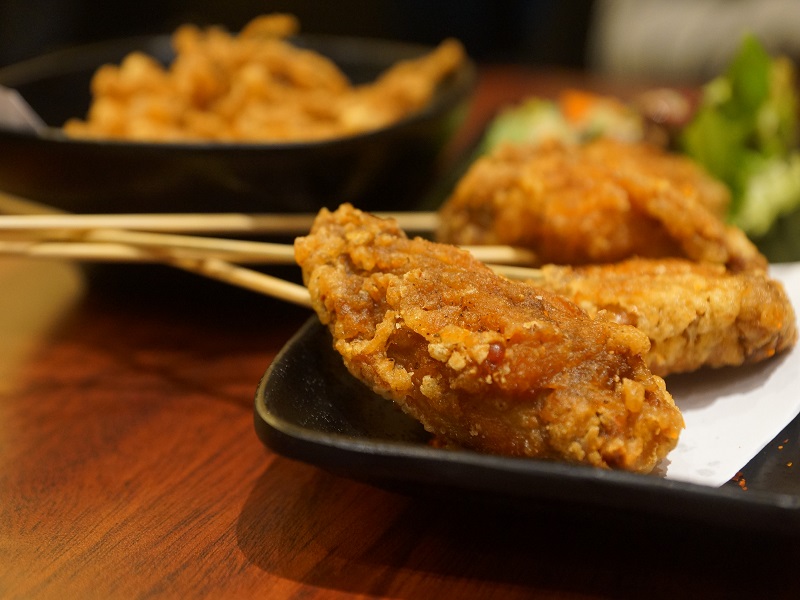 Soft shell crab Soken Karaage ($8.90) – You can’t forgo this side order, it lacked of the flavour and we can’t find anything appealing at all. 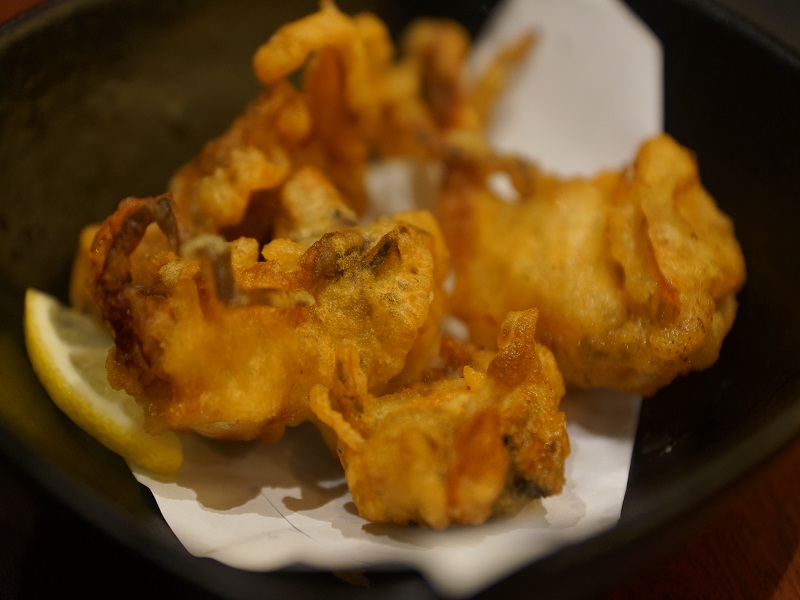 Overall, the innovation of Menya Musashi focuses on a more personal customization style for the broth and choices, something quite different from other ramen restaurants. The rich and creamy broth was impressive though may be cloying at time. Price could be a little steep and if you are not sure what to order, just go for the Red and Black ramen.