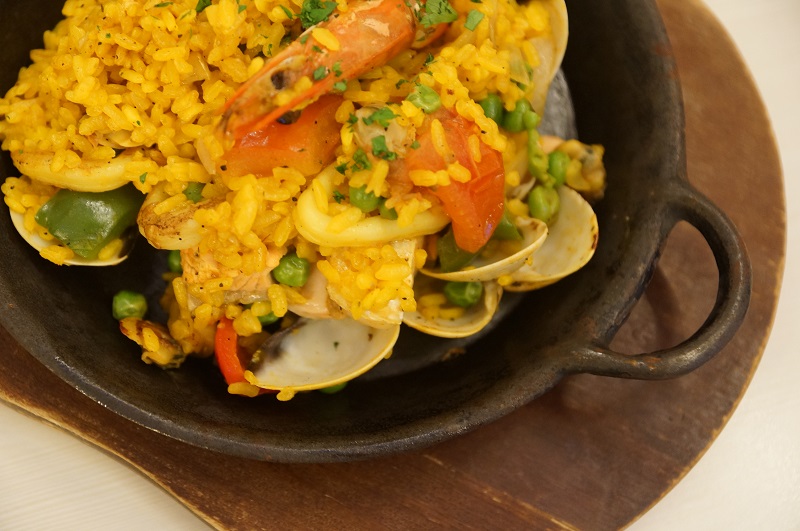 To celebrate my parents’ wedding anniversary, we decided to head out for dinner on a weeknight instead of our usual weekend outings. And we all knew the real reason behind the choice of location: it was to please my brother, who’s a ‘super car’ (rare, ultra luxe sports cars) fan, and the Millenia Walk carpark is a regular meet up place for many super car owners. And he was predictably elated to snap pictures of his favorite super cars there.

But then my dad somehow got influenced by my brother to join him in his car fanaticism: and soon the big kid and the smaller kid were happily going around the car park snapping pictures of the super cars, completely ignoring the plaintive cries emanating from the two ladies’ tummies… Sigh… 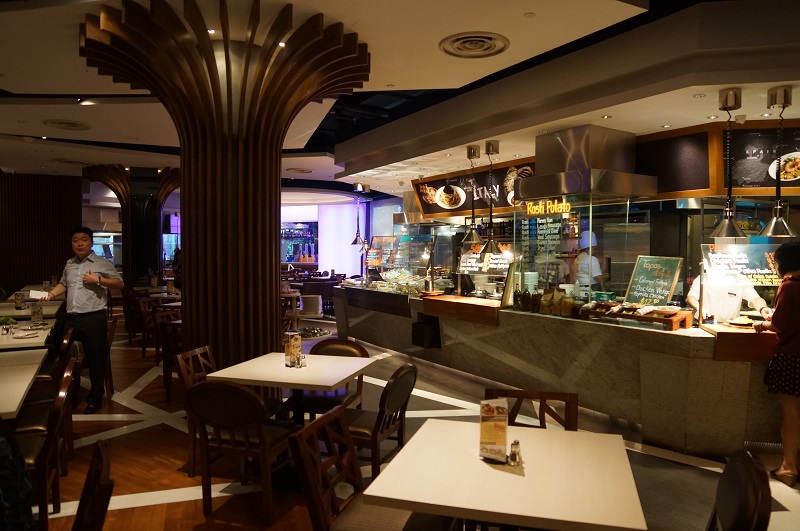 As for me? Well, I was definitely keener on looking for good places to eat. Having heard much about MEDZS, saying that the cuisines that they have to offer are unique and affordable, we decided that we would give them a try. The concept behind MEDZS is similar to that of Marche, whereby you are given a card that you can bill all your items to, and you’re free to go around the different stalls to order your food. I guess one of the benefits is that it’s a creative way to address labour shortage in a tight labour market! 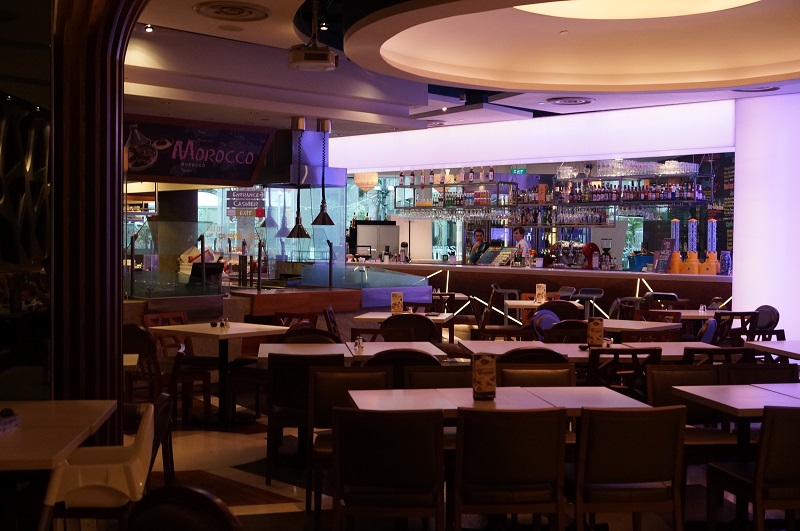 We were hoping to try some authentic Mediterranean food which we love, however to our disappointment, the Turkey and Moroccan sections were closed on the day of our visit.

We ordered what we fancied from their array of signature dishes from other cuisines:

Supposedly the signature dish, it just turned out to be uncharacteristically sweet. There were a couple of chunks of salmon and squid, seafood was fresh but the dish in general really wasn’t worth the carbs. Good Spanish seafood paella is packed with seafood sweetness and each grain of rice is infused with flavour and its savory taste is to-die-for, but unfortunately it was completely missing here.

Comes with a small bowl of thick-cut fries. The duck was tender and juicy with an extremely thin layer of crispy skin, however, it was way too bland and lacked much-needed flavour. The sauce wasn’t much of a help either. This was accompanied with some fried potato cubes at the side with mushrooms and greens. 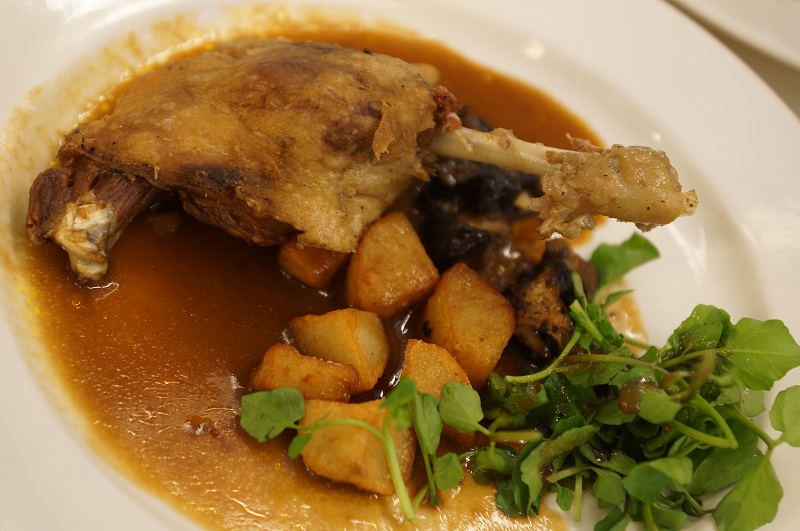 Comes with a small bowl of thick-cut fries too. This tastes slightly better than the duck leg in terms of the amount of seasoning used; equally tender and juicy but still pretty ordinary and in our opinion, not worth its price. 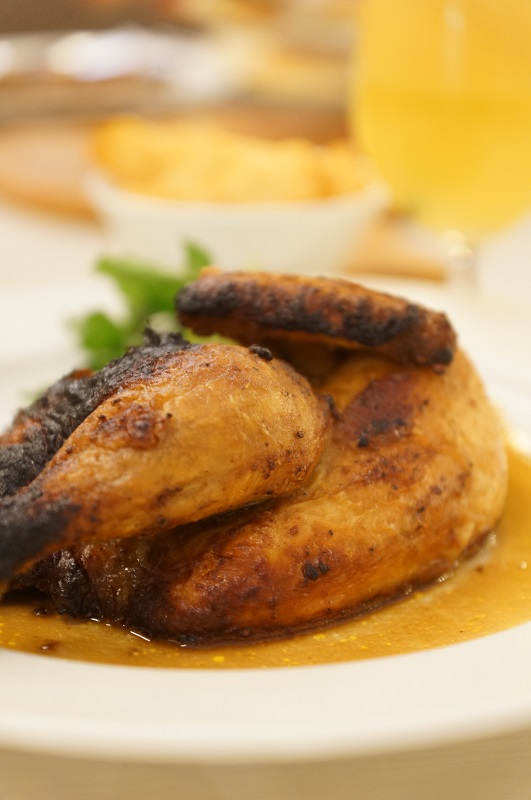 Only plus point about the pizza was its thin crust. There was quite a fair bit of cheese but it wasn’t very tasty – it’s a very simple dish that gives off a kind of “cheapo” feel. 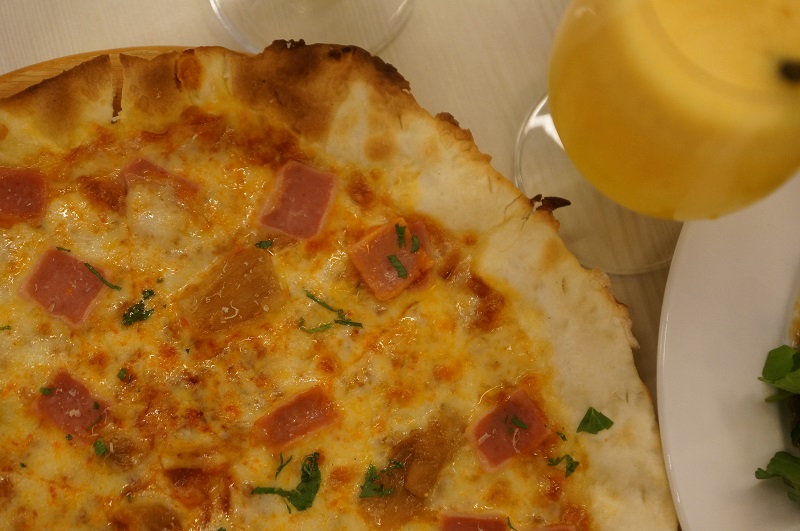 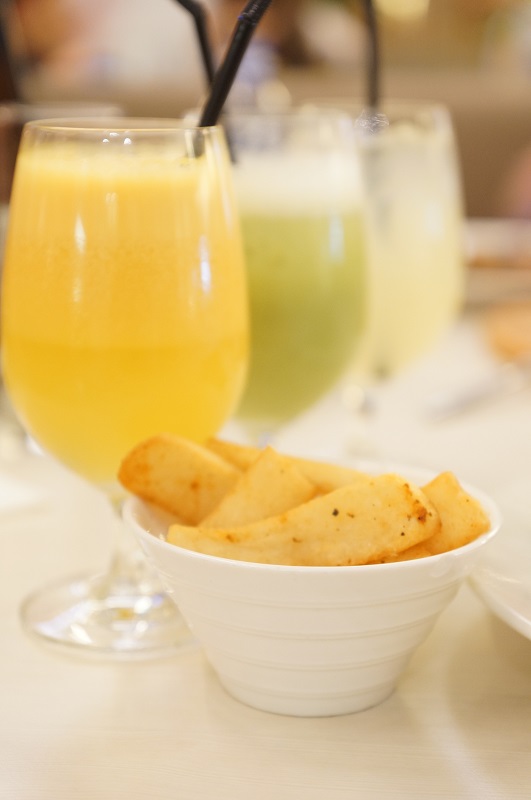 Overall, the entire experience was kind of a let-down, maybe the lacklustre dishes were specific to this branch only; but either way we are sure we would not be back here again. For my brother, he would more than happy to come back here, of course, not for the food but for his super cars. 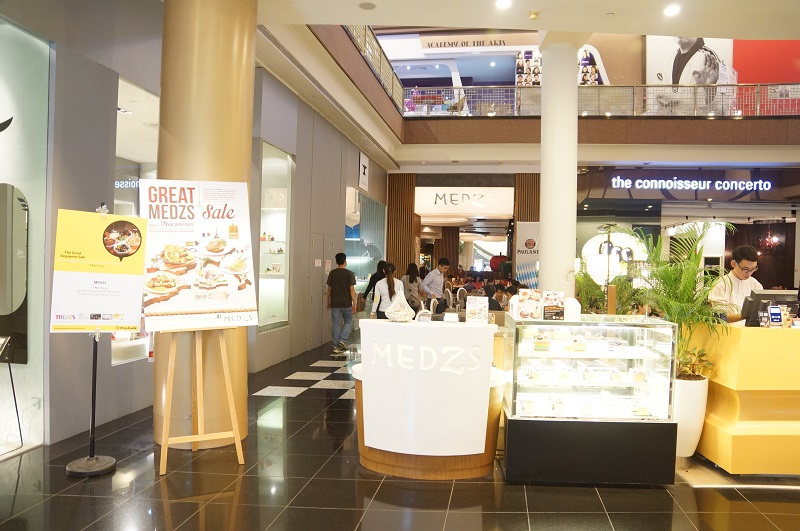