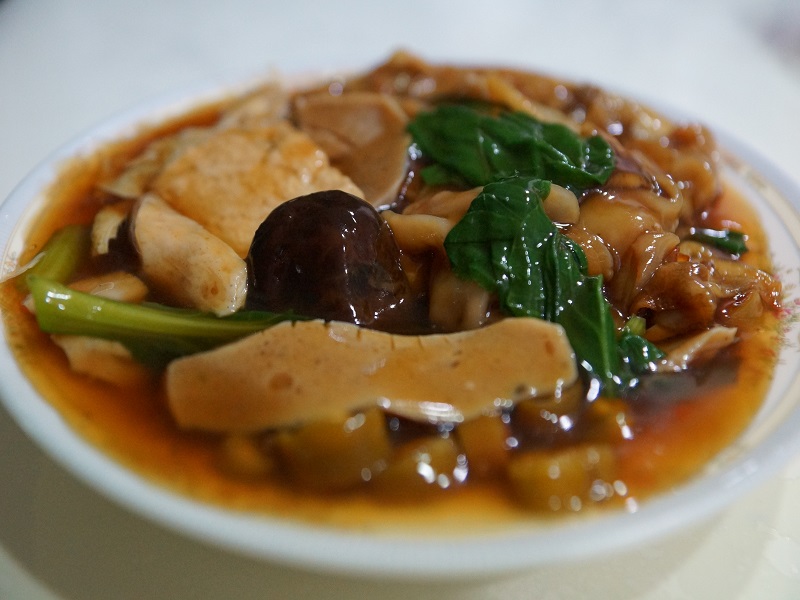 Their business tag line defined the strategy: “Restaurant quality at hawker price”.  We decided to try them out and ordered the buffet dishes. 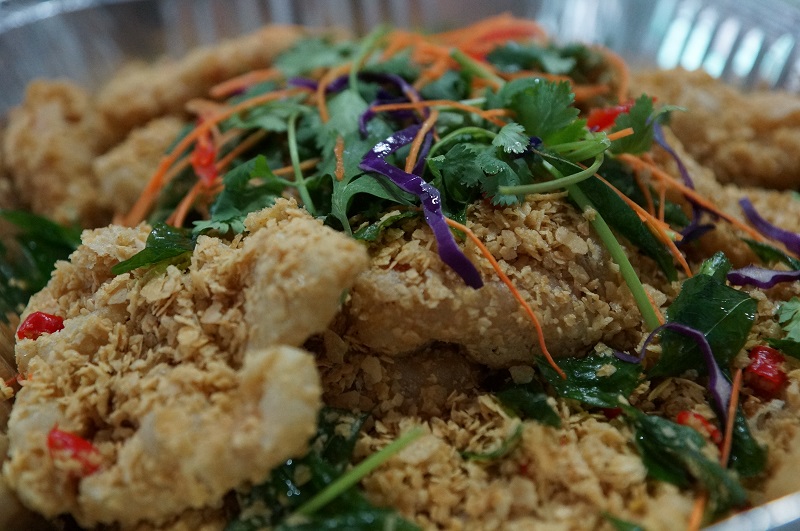 Lin Lin boss told us they uses the more expensive Japanese mocked prawn instead those from China and Taiwan. Fried with generous portion of cereal with chili and curry leave, the dish was a instant hit amongst us, the mocked prawn texture was far superior than those we had tried before and truly live up to the name of their signature dish. 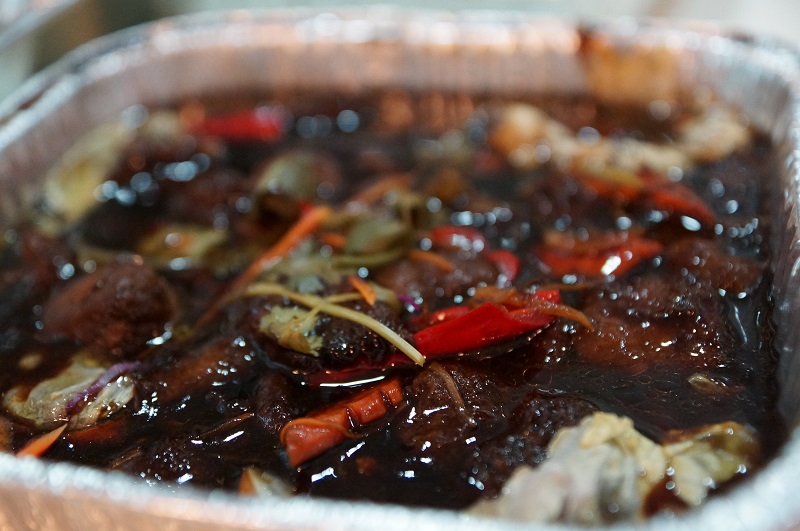 Pork knuckle was replaced by the monkey head mushroom猴头菇, cooked with high grade dark vinegar and seasoning, the mushroom fully absorbed the essence of the gravy which was a well medley of the sourness and sweetness. One of the must try dish. 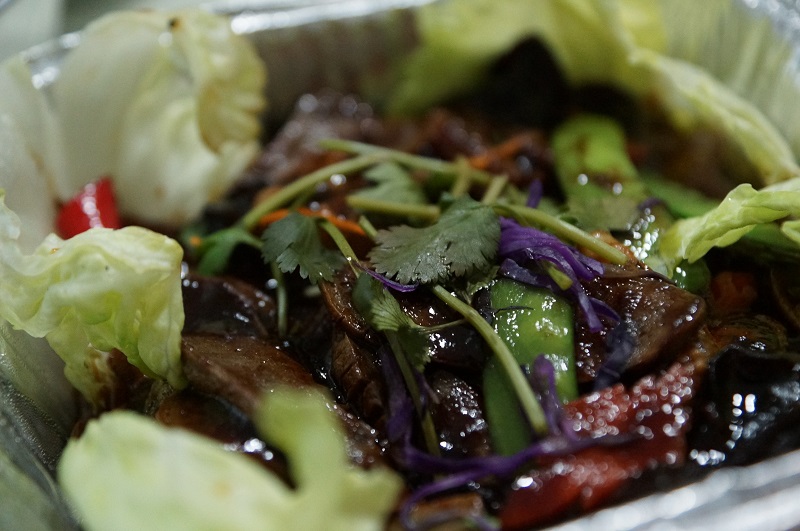 We do realize Lin Lin uses good quality ingredients in their cooking, that could partly explained the more pleasing taste in many of the dishes. Kidney slice in dark sauce is a dish quite similar in the style to the vinegar pork knuckle; we love the texture of the mock kidney which was not rubbery and hard but a nice crunchiness and chewiness. The gravy was rich and tasty that went well with the Kidney slice. 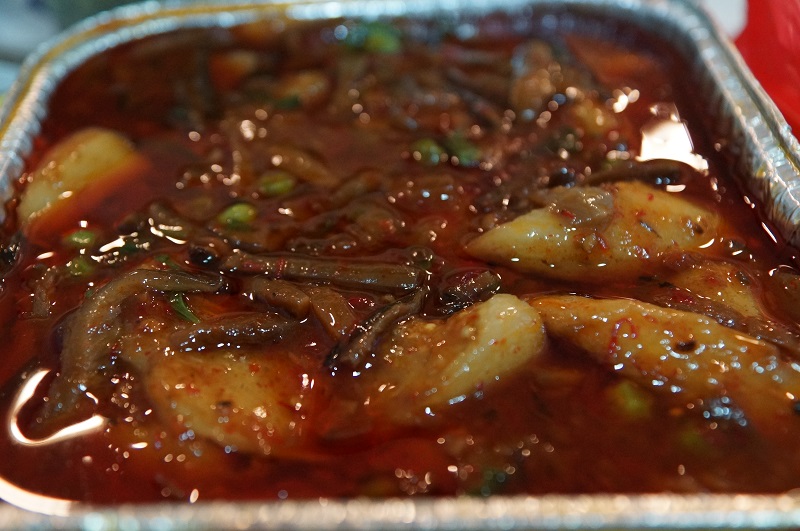 That was a discernible layer of fat floating in the tray, so thick of the fat that a tablespoonful of gravy contained practically all the oil! We cannot understand why so much of oil was needed to cook this dish; anyway, it was a wrong choice as the whole dish tasted just sweet and oily with little taste of spice . This was a cloying dish that we deem a mediocre. 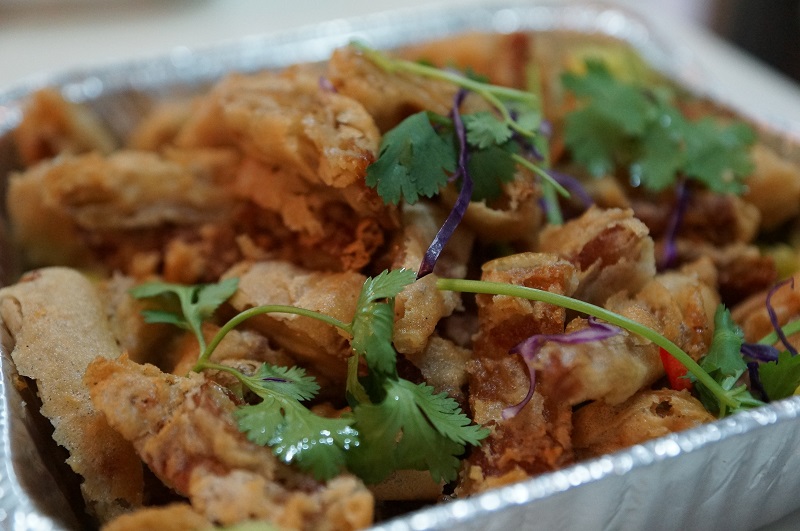 Seaweed coated with flour and doused with lemon sauce, ordinary and nothing too wow about. 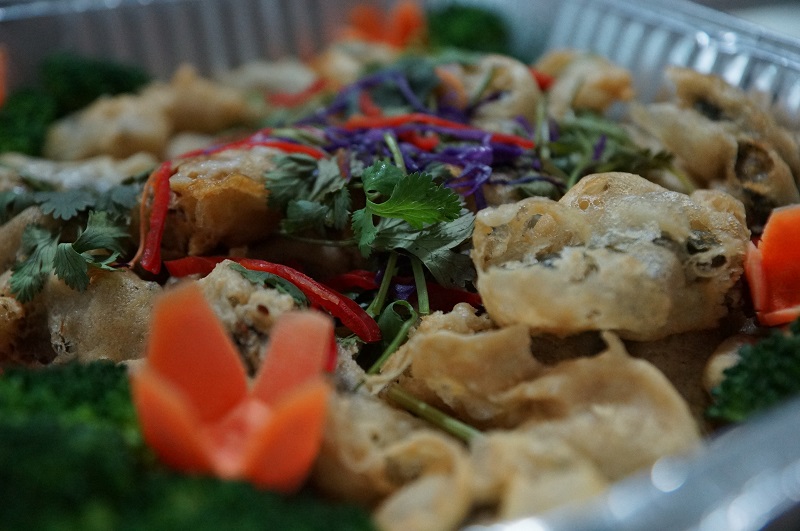 Slice of dried Beancurd coated with flour and doused or dipped into a special sauce, average in taste and seriously nothing too fantastic. 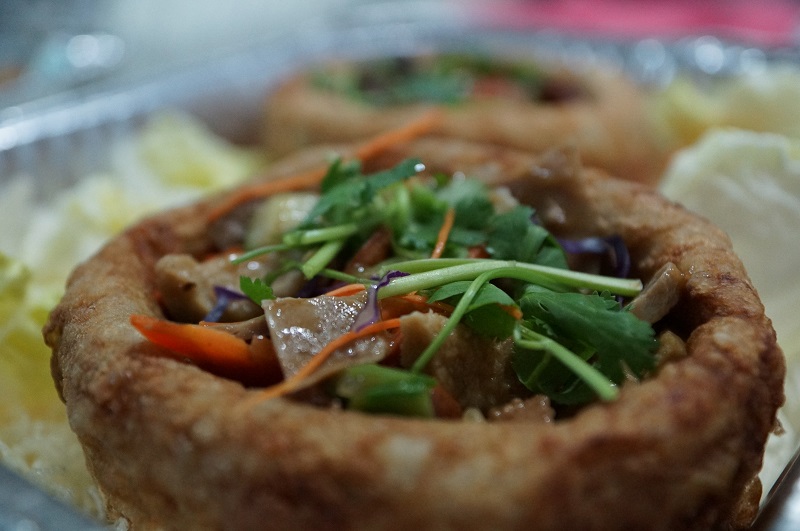 Yam was fragrance but the fillings were a disappointment, the filling was not able to complement the yam ring to create a good match.

Hor Fun is the top favourite amongst the patrons from Lin Lin Vegetarian Delight. The Hor Fun was full of “wok Hei”, the charred and smoky taste was one of the best we even tried, this is a must order dish when you visit Lin Lin.

Overall, dishes from Lin Lin Vegetarian restaurant swings in two extremes, you will love it or loathe it (we love it!).  Cereal prawn, pig trotter in vinegar and kidney with ginger and dark sauce are some of the good choices that should not disappoint you. 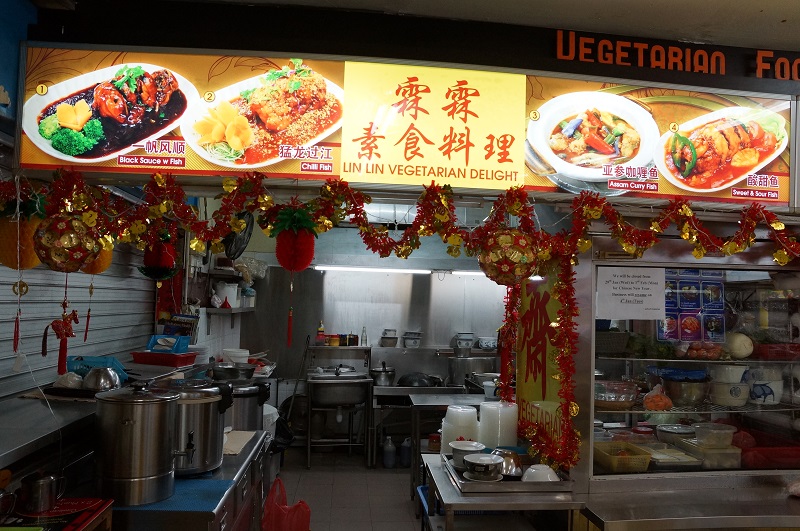