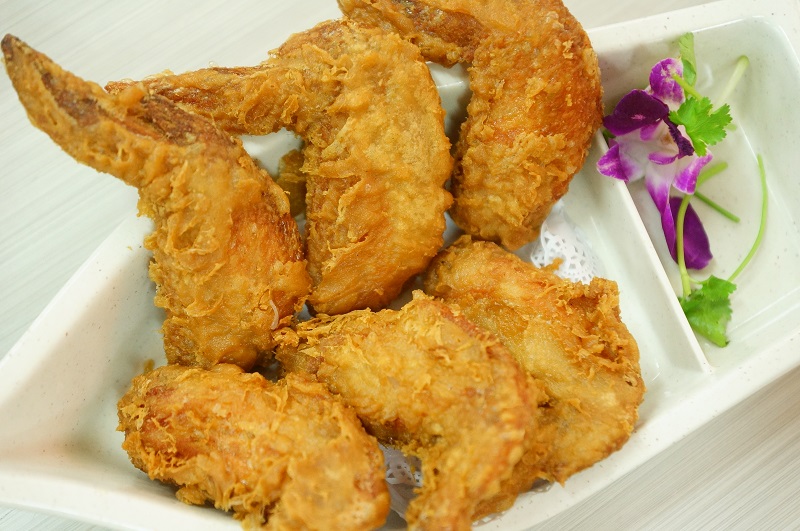 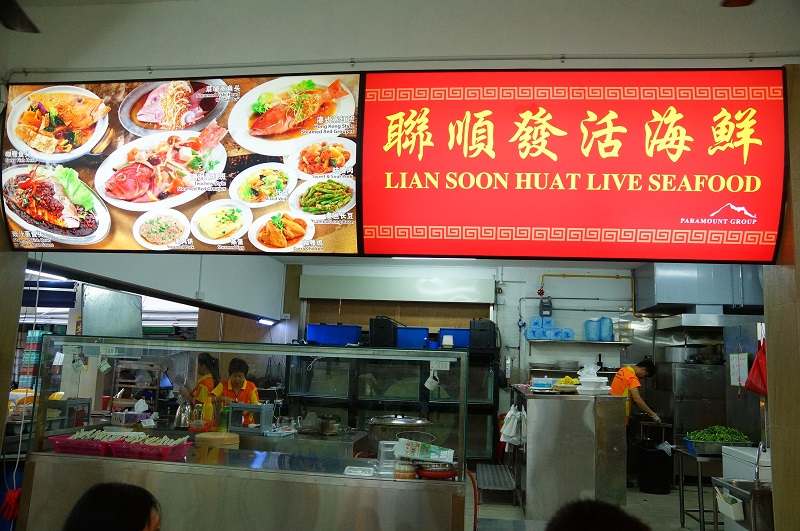 Started and managed by three buddies, the zi char has since expanded from one stall to the current three stalls at various coffee shops around the island. So, what make Lian Soon Huat live Seafood Restaurant a name to lure the diners to the tables? 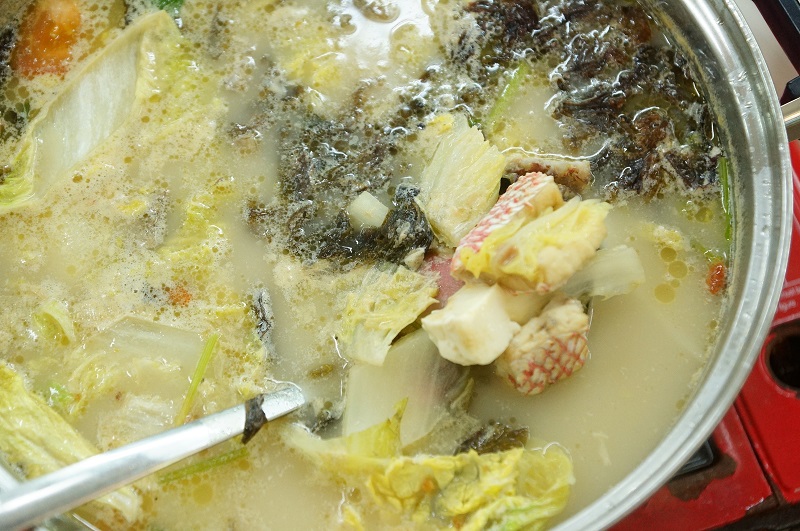 We ordered the Red Snapper / Ang Go Li, not so much of the bony fish head we used to in the traditional steamboat but instead chunks of fish meat was found in the broth. Unfortunately, the steamboat was not served in the traditional charcoal base chimney vessel but in a modern open top frying pot type, it has somehow the psychological barrier to make the steamboat appeared alluring.

Broth is the soul of the steamboat besides the freshness of the fish. The broth was milky white, cabbage, seaweed and tomatoes helped to infuse the sweetness and flavour, however, taste was fairly ordinary and not able to leave you with too deep the impression. 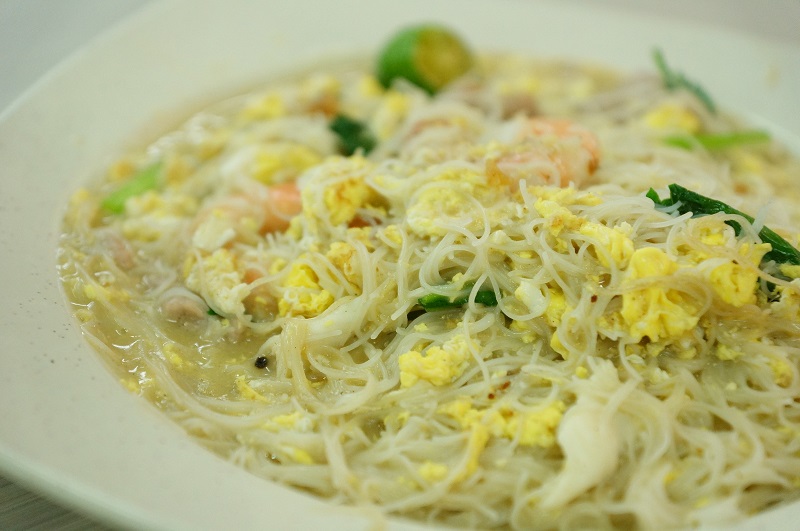 The stock went into simmering the mee hoon got to have the right chemistry to bring up the flavour, Lian Soon Huat white bee hoon apparently required more work to add the depth to the flavour. 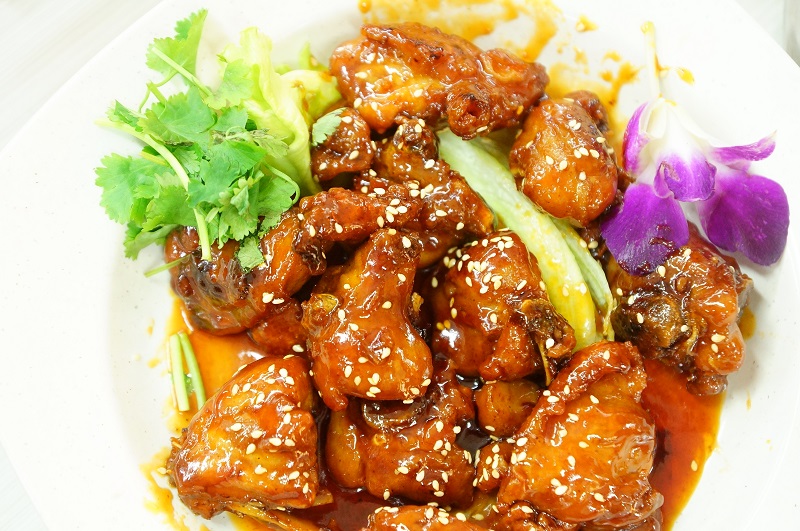 The deep fried bite sized pork rib was tender and coated with a sweet and sour sauce. The caramelized coating was balanced with the subtle of sweet and savory flavours that we do enjoy. 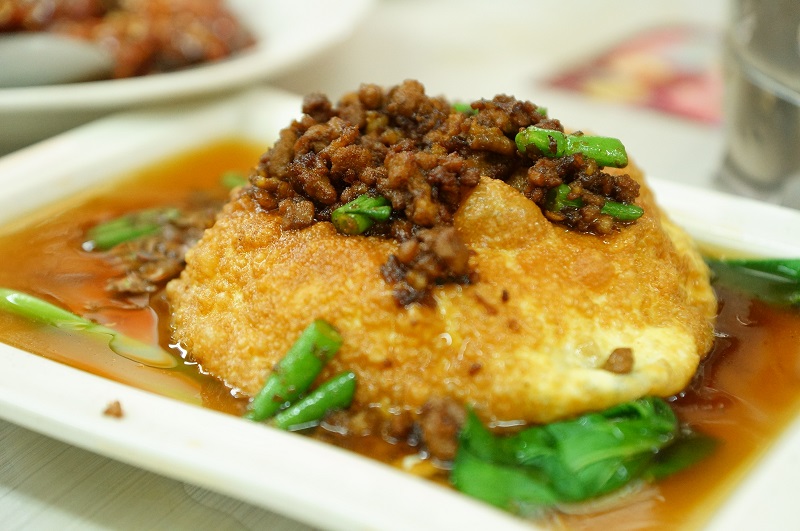 The tofu was silky soft, deep fried in the oil and doused with gravy and veggies. 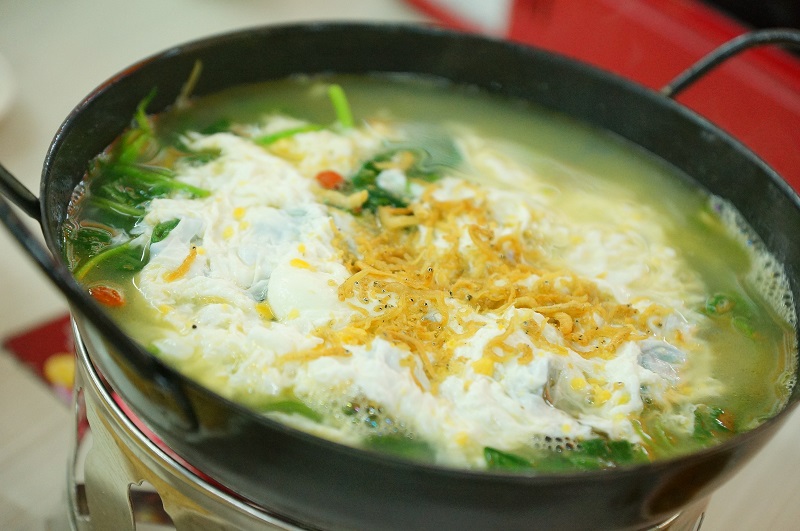 Chinese spinach with three colour eggs, Mixed of century egg, salted egg and the regular hard boiled egg cooked with spinach. It was fairly ordinary and nothing to shout about. 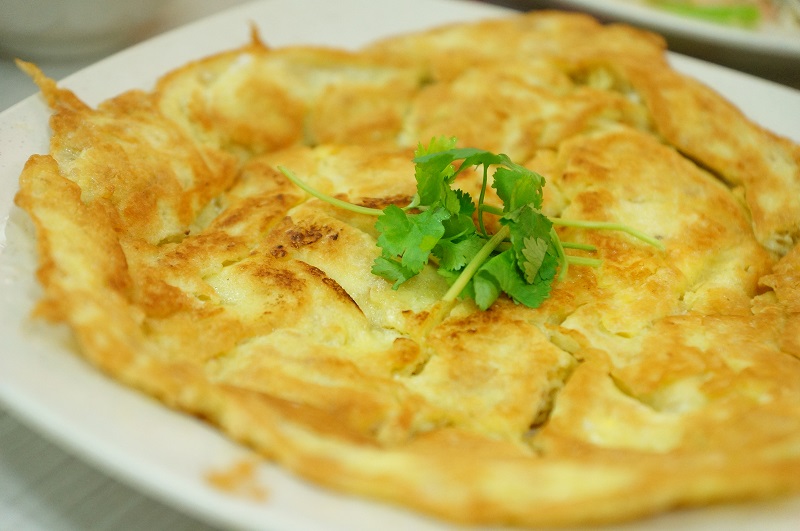 Order this dish solely for our son who is madly in love with eggs.

The prawn paste was not overly emphasized to leave you the fishy and cloying taste commonly found in many of the prawn paste wings. Crispy skin and tender meat that made the wings a tantalizing delicacy worth to try.

Price is very reasonable and we do reckon the satisfactory food standard at Lian Huat Soon Live Seafood if compared to other zi char stalls around. A bit of more work to the dishes could readily brings the standard a notch higher and to complement the call of “Restaurant standard but coffeeshop price”.