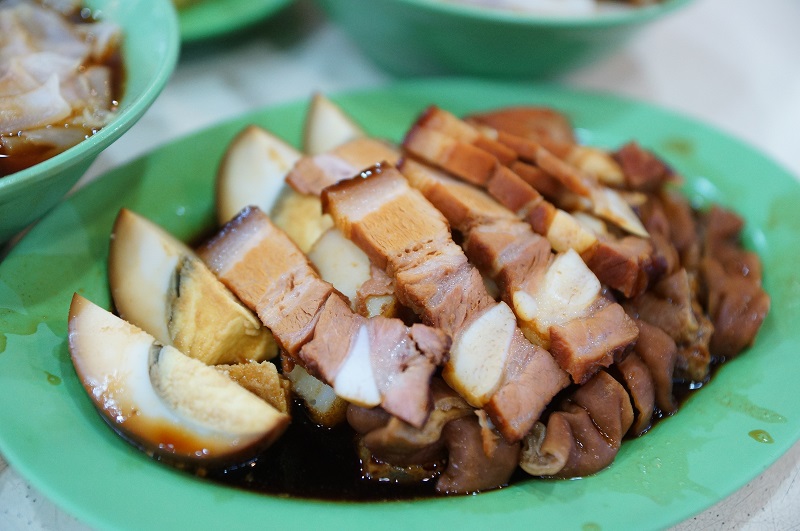 This is the fourth kway chap stall we have patronized within the last two weeks. My son thinks that we are crazy eating Kway Chap so often, but we told him this is the spirit of true foodies – on a mission to hunt down the best kway chap in Singapore, research is paramount – moreover, we have  our title as the glutton family to live up to! 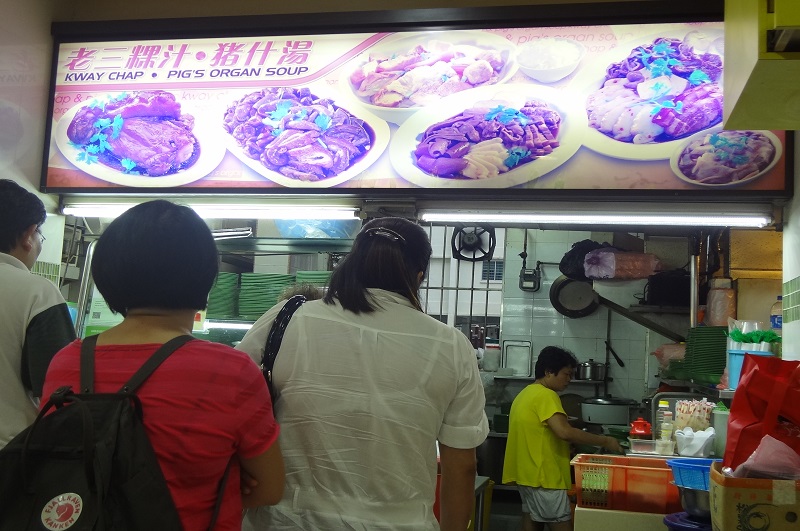 Lao San kway chap is located in a coffee shop in the heartlands under a HDB and is one of the few kway chap stalls that operate at night. We were there during dinner time and the coffee shop was not too crowded but people mostly ordered the Kway Chap, so it looks like they do have their supporters! Besides selling Kway Chap, the stall offers pig organ soup as well. 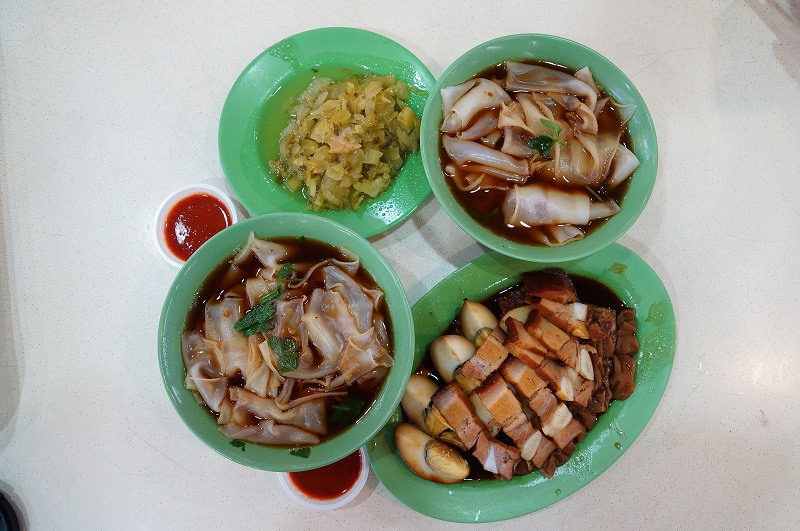 However, we only ordered the standard items – braised pork, tau pok, salted veggie, egg and innards. The gravy was ordinary, there wasn’t any shallot oil to spice up the taste, some of the “kway” was lumpy and hard, probably caused by not separating the “kway” properly during cooking and that led to the “kway” clumping together. 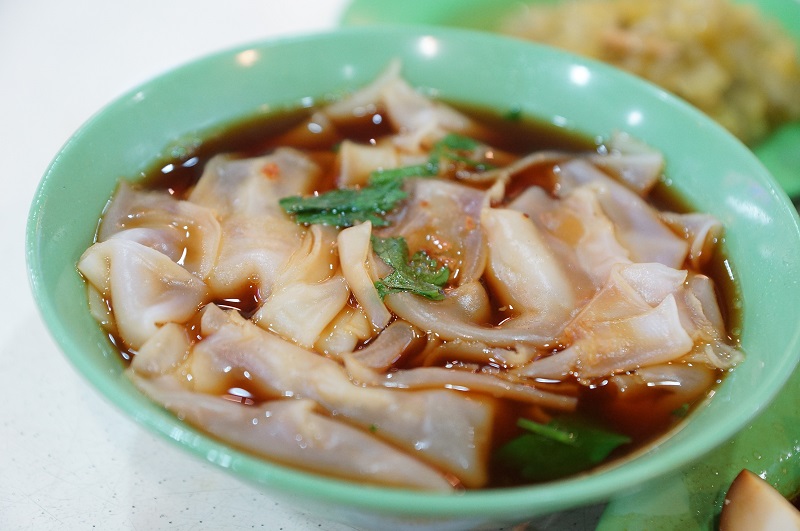 The braised pork (Lor Ba) was not cooked long enough and lacked tenderness, flavour wise was bland, and did not soak up enough of the seasoning from the braised gravy. For the intestine, the “porky” smell was detected, likely from the result of not being thoroughly cleaned. Salted vegetables truly lived up to its name, maybe different varieties of salted vegetable were used but the saltiness simply proved too much for us. Chili sauce was just too salty as well.

Amongst all the items, we appreciated the Tao pok (fluffy bean curd) most, the Tao Pok was soft and had a fine texture, we loved it.

Overall, Lao San Kway Chap may need to improve their braised items in terms of flavour and texture; compared to some of the best kway chap in town, it still has some catching up to do.